“When I was first starting out in the music industry, I was always coupled in the same sentence with Jessica Simpson, Britney Spears and Christina Aguilera – and I was probably the worst of them. I think a lot of people back then thought, ‘Mandy Moore… she’ll probably go back to where she came from in a year.'” — Mandy Moore

“I kind of feel, in a way, all of us will forever be asking those questions of ourselves: Who am I and how do I fit in in the world and what is all this about? Because those aren’t really… there are no answers to those questions, in a sense.” — Mandy Moore

Mandy Moore burst onto the scene at the start of the twenty-first century. Debuting her first album in 1999, Moore’s popularity as a musician and singer soon translated onto the silver screen. Her first starring role was in the smash-hit high school drama A Walk to Remember. While having some ups and downs, Moore’s career has been pretty steady as of late. She’s an integral part of the immensely popular NBC drama This Is Us. Moore has also suggested she’s ready to get back into her first love—singing. The future seems bright for the starlet-turned-stalwart. So what don’t you know? Here are 24 facts about the multi-talented Mandy Moore.

Before she made her big break as a pop star, Moore caught the performance bug when she attended Park Maitland School in Florida. She was cast to the play the role of Adelaide in the school production of Guys and Dolls.

Moore’s favorite movies include some classics and critical darlings. Two that she cites as near the top of her list are Woody Allen’s Annie Hall and Michel Gondry’s Eternal Sunshine of the Spotless Mind. Quite cerebral fare! 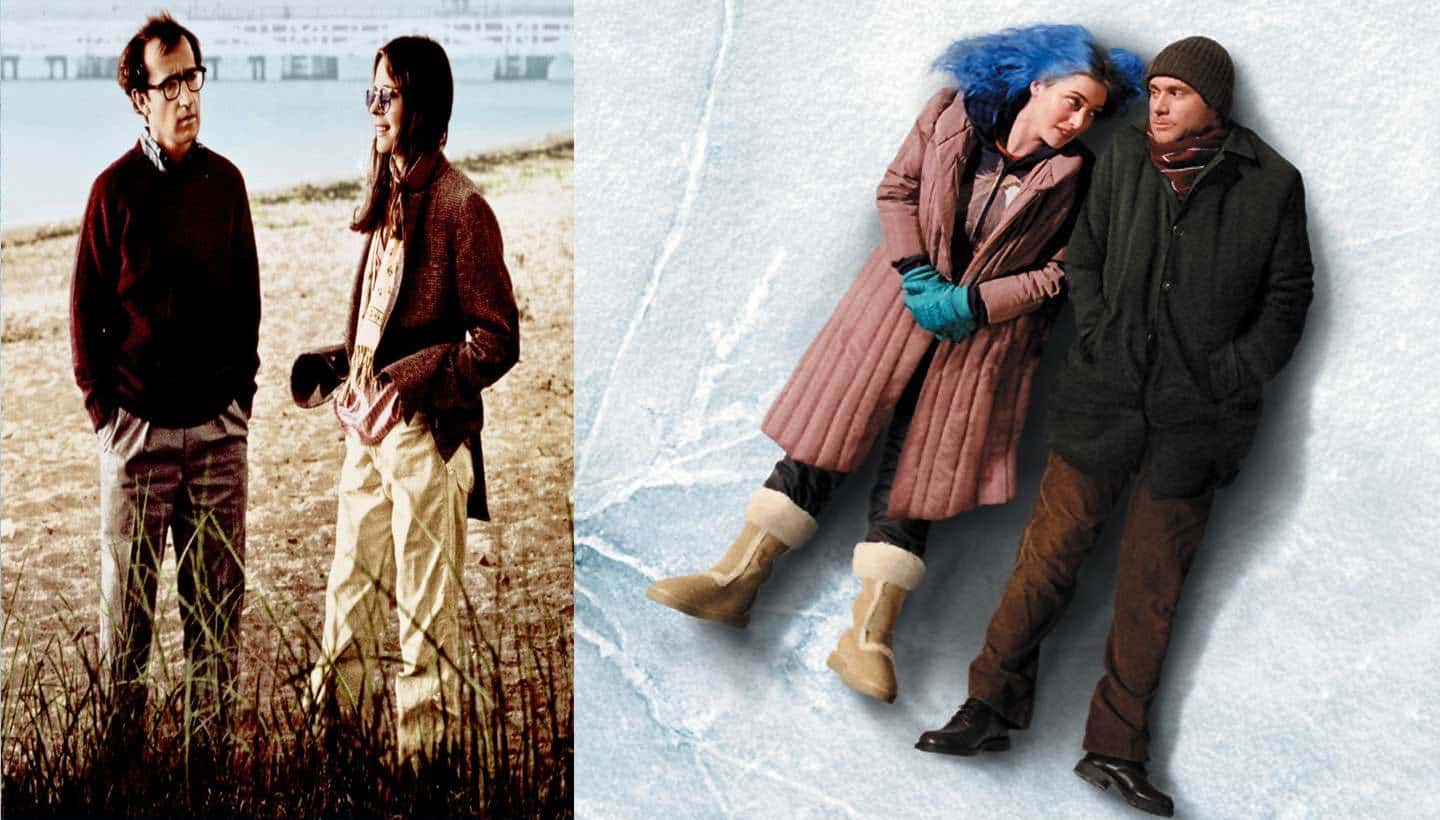 22. Dancing in Her Veins

Ever wonder where Mandy Moore got her talent? Perhaps it was her grandmother, who was a professional ballet dancer in London, England. Moore has spoken many times about how much of an inspiration her grandmother was to her.

When a tornado ripped through Enterprise, Alabama in 2007, the disaster killed eight students at Enterprise High School. In an act of solidarity and kindness, Moore gave a free concert at their senior prom. Talented, and a class act!

20. Star Spangled in the Making

Before she hit it big, Moore worked a number of productions in and around Orlando. Part of her gigging included singing the national anthem at various events around the Florida city area.

When Moore was 12, she attended the Stagedoor Manor theater camp. The camp has a good reputation for young celebrities in the making. Along with Moore, other Stagedoor alums include Natalie Portman.

Moore’s big breakthrough came with her first single for Epic Records. “Candy,” her debut single, hit the airwaves on 17 August 1999. The song peaked at 41 on the Billboard Hot 100 charts. Not bad for a rookie!

Fans of Mandy Moore probably remember her big break as an actress came with A Walk to Remember, but her first screen credit was for a much different role. Moore voiced a Girl Bear Cub in Eddie Murphy’s 2001 comedy Dr. Dolittle 2.

Not just one for music, movies, and television, Moore has also lent her voice to a few videogames for Disney. She voiced Aerith Gainsborough in the beloved game Kingdom Hearts from 2002. She’s also slated to voice Rapunzel for the hotly anticipated third instalment of the franchise, Kingdom Hearts III.

Moore is an active and avid philanthropist. She has worked with non-profit organizations such as Population Services International, Leukemia and Lymphoma Society, and the Gynecologic Cancer Foundation. She is also the spokesperson for Dove’s “Women who should be famous” campaign, aimed at lifting self-esteem for young women.

Moore made a big splash with her debut album So Real in 1999. The record sold well enough for the RIAA to certify it Platinum. The Platinum designation is given to a record that sells more than one million units.

Billboard reported that as of 2009, Moore has sold more than 10 million albums. She has produced six albums so far, though she has mentioned in recent interviews that she hopes to get back to releasing music in the near future—so look for those numbers to rise!

A Walk to Remember was, remarkably, filmed in only 39 days. That timeline is even more incredible given that, because Moore was still a minor, she could only be on set for 10 hours per day.

11. A Walk to Really Remember

Moore clearly has a rugged side to her that craves adventure. In 2017, she climbed to the summit of Mt. Kilimanjaro in Tanzania. The summit of the African mountain is 5,896 meters above sea level.

Moore was 17 when filming her breakthrough role in A Walk to Remember. Because of her age, she was legally obligated to receive 15 hours of tutoring per week, and she had an on-set tutor for between takes and during breaks.

Moore voiced Rapunzel in the animated feature Tangled alongside Zachary Levi, who played the film’s love interest, Flynn. Moore and Levi only met one time during the production, to perform their duet in the movie.

Moore loves to perform barefoot. When she sings, she often does so without shoes!

Moore starred alongside Claire Holt for the 2017 indie horror success 47 Meters Down. To prepare for the role, both Moore and Holt took scuba diving lessons. The film centers on two young women who become trapped in a shark cage at the bottom of the ocean.

Raised Catholic, Moore has diverse heritage in her family. Her maternal grandfather was Russian Jewish, while on her father’s side she shares English and Irish descent. Since childhood, Moore’s religious beliefs have changed to include a “hodgepodge of things.”

When famed metal singer Ozzy Osbourne was the subject of his own reality show, The Osbournes, Moore showed up now and then on the show. That’s because Moore has long been close friends with Ozzy’s daughter Kelly, as well as the rest of the family.

Moore comes from a very diverse family. Her younger brother Kyle and her older brother Scott are both gay, as is her mother Stacy. In fact, there was something of a scandal in her family: her mother had an affair with another woman, and left Moore’s father to be with the mistress.

Though she’s known for her good girl image, in 2006 her ex-boyfriend Wilmer Valderrama made some pretty scandalous comments to Howard Stern about Moore’s intimate life. The actor claimed that he had taken Moore’s virginity and also commented cruelly that, “The sex with Mandy was good, but it wasn’t like warm apple pie.” At the time, Moore called him out for lying about taking her virginity, and even more recently she herself went onto Stern’s show and revealed more details about Valderrama’s icky rumor. “‘Where did this come from?’” she remembered asking him at the time when she called him up. “And I remember in the moment he tried to explain it away, that sort of he did get caught up, and like he maybe insinuated more than outright said it. And I was like, ‘No, you outright said it.’” She then continued, “I met him at a photo shoot for like, some teen magazine, literally, when I was 15? 15! I was [pretty innocent!] … Again, never French kissed a boy. He was like my first real true boyfriend. [But] he did not [take my virginity].”

Anne Hathaway was initially given the role of Hilary Faye in the movie Saved!, but Hathaway was due to start shooting Ella Enchanted and funding for Saved! fell away. Luckily, the studio picked up Moore in Hathaway’s place. Bonus fact: both Moore and Hathaway worked together on The Princess Diaries. Moore won rave reviews for her depiction of the vindictive Christian school cheerleader in Saved.

Moore has always been known for her poise and charisma as a performer. Perhaps it has something to do with her parents. Moore’s mother was a news reporter, while her father was an airline pilot. Both careers seem far off from Hollywood, but you get the sense that these parents understood the art of performance and the need for grace under pressure!