Military special forces are not new; throughout history warriors have been trained to operate in foreign environments outside of the typical chain of command. Tasked with the most difficult of assignments, they often work in the shadows.

From the ancient land of Medja in Nubia, the Medjay were a nomadic tribe who were gradually subjugated by the Ancient Egyptian government. Over the years, they took on a role as foreign mercenaries and eventually evolved into an elite paramilitary force. The term “Medjay” became a synonym for police, and they were used as desert scouts working as protection for the royal family and their possessions. 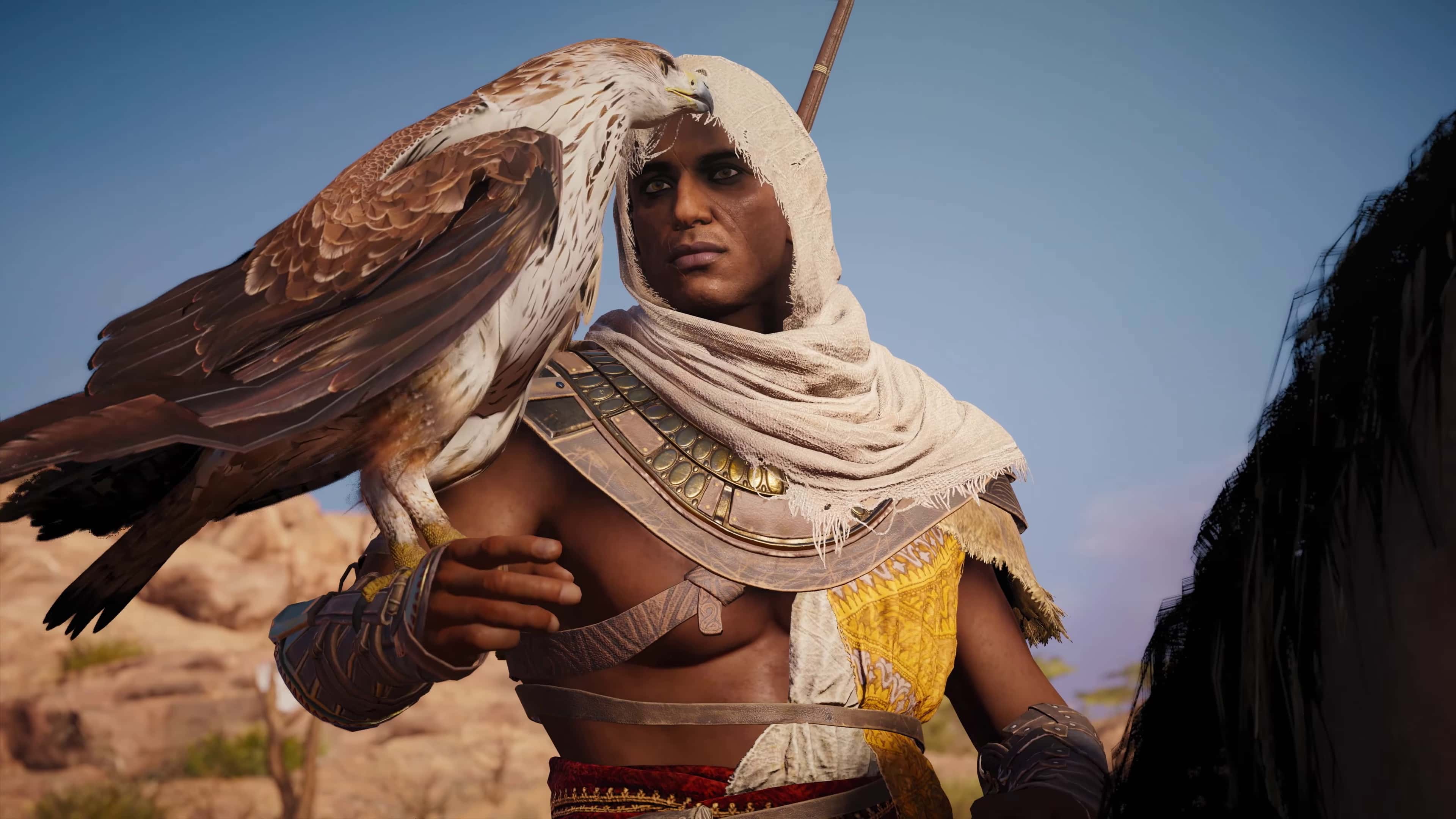 Philip II of Macedon and his son Alexander the Great revolutionized warfare and military service by organizing an incredibly efficient army, which helped them conquer a great deal of the western and eastern world. One of their vital military units were the Hypaspists, who were handpicked soldiers of the King’s Army. The Hypaspists were tactically used to protect vulnerable warfare positions and as royal bodyguards. 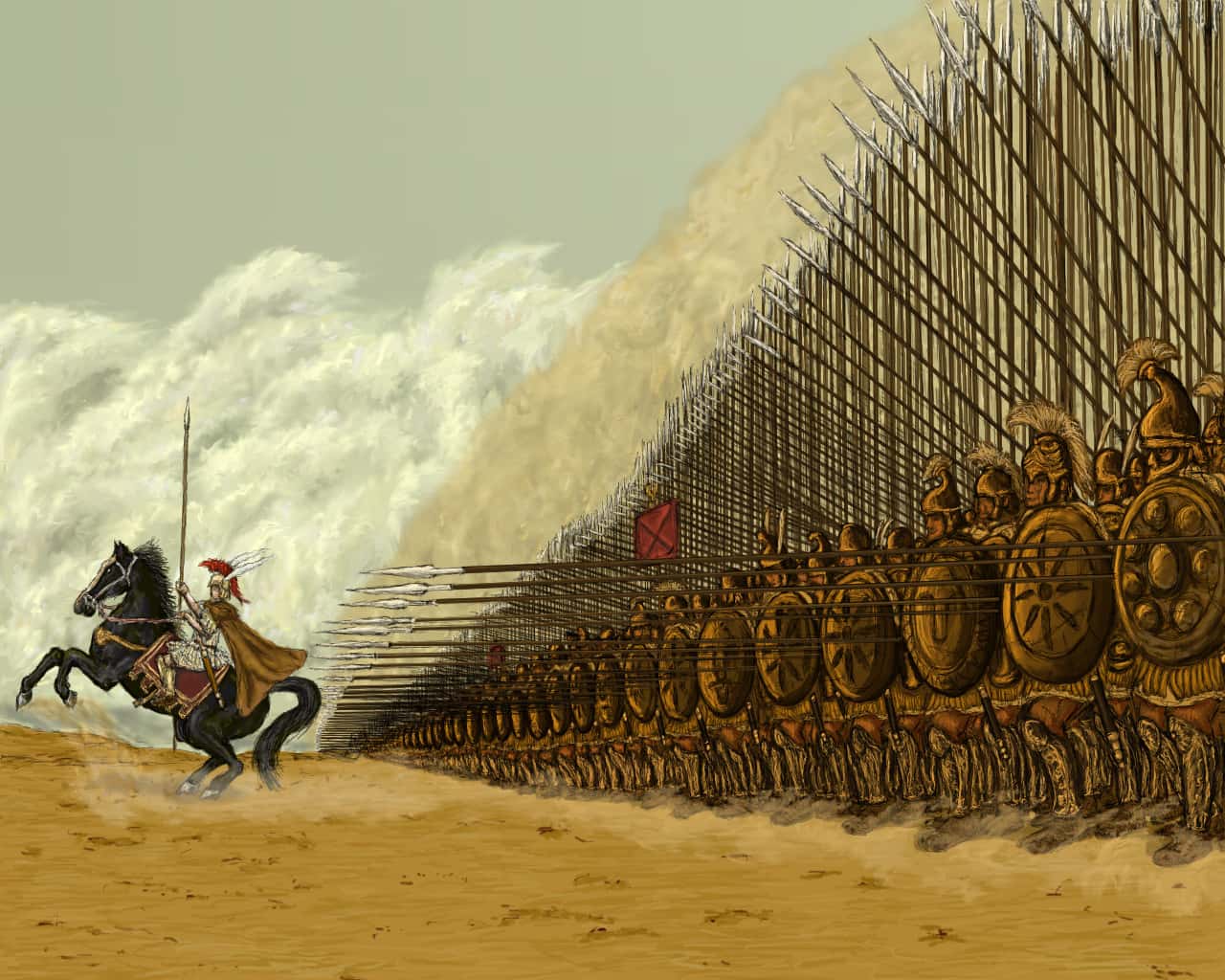 The other form of elite military personnel of the Macedonian army was the Hertairoi, also known as the Companion Cavalry. They are regarded as the first shock cavalry, and renowned as the ancient world’s greatest cavalry. The Companion Cavalry was used as the “hammer” of the hammer and anvil tactic deployed by Philip and Alexander during battles. The infantry acted as an anvil, pinning an enemy in place before the cavalry would penetrate and raise hell on their enemy. 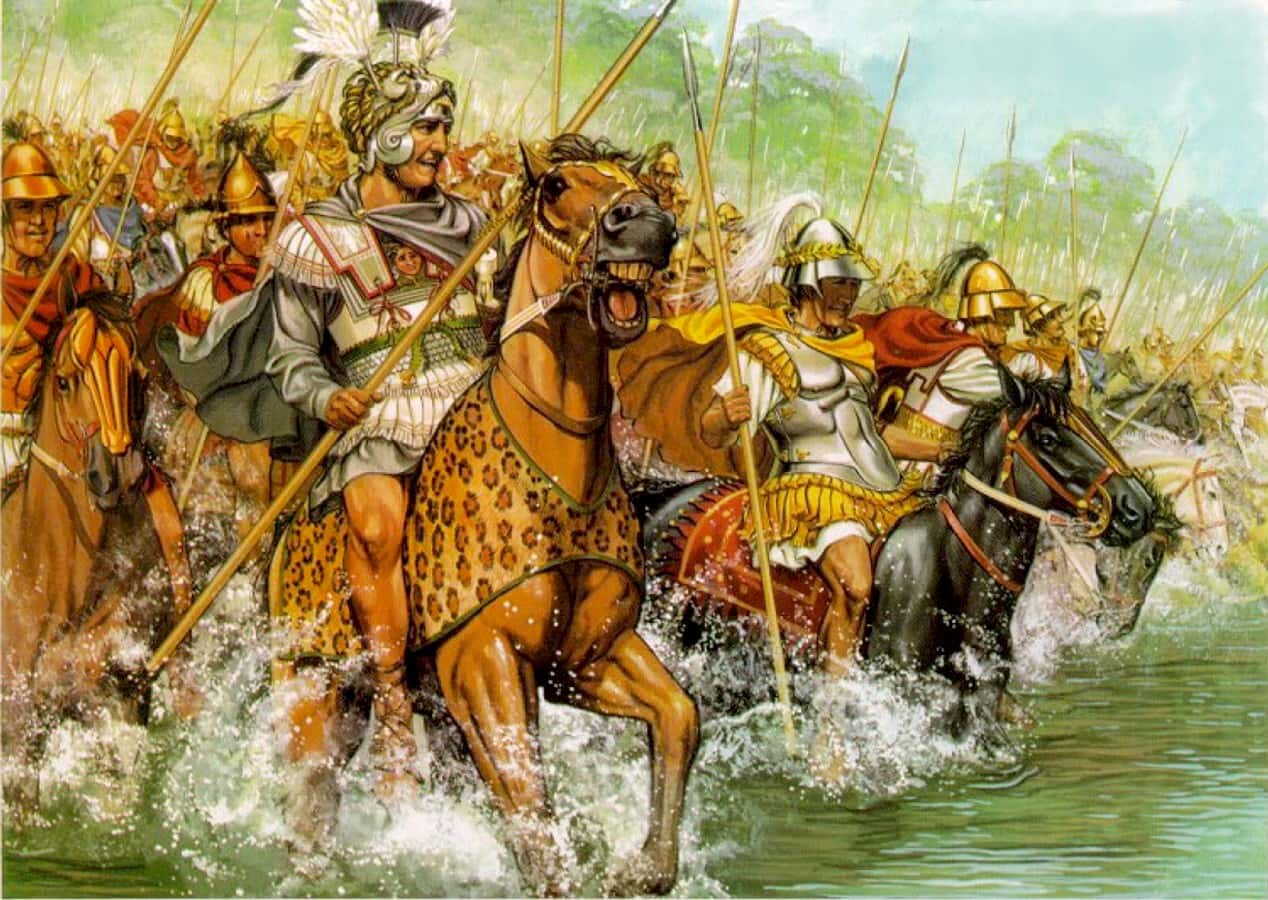 Roman Speculatores were military couriers for the Roman Empire who Julius Caesar skillfully developed as espionage agents. These agents were often tasked to go behind enemy lines and gather intelligence, similar to modern special task forces. They even had the authority to make arrests and executions. A speculator is highlighted in the Gospel of St. Mark as the agent who showed up to the John the Baptist’s prison with his execution order. 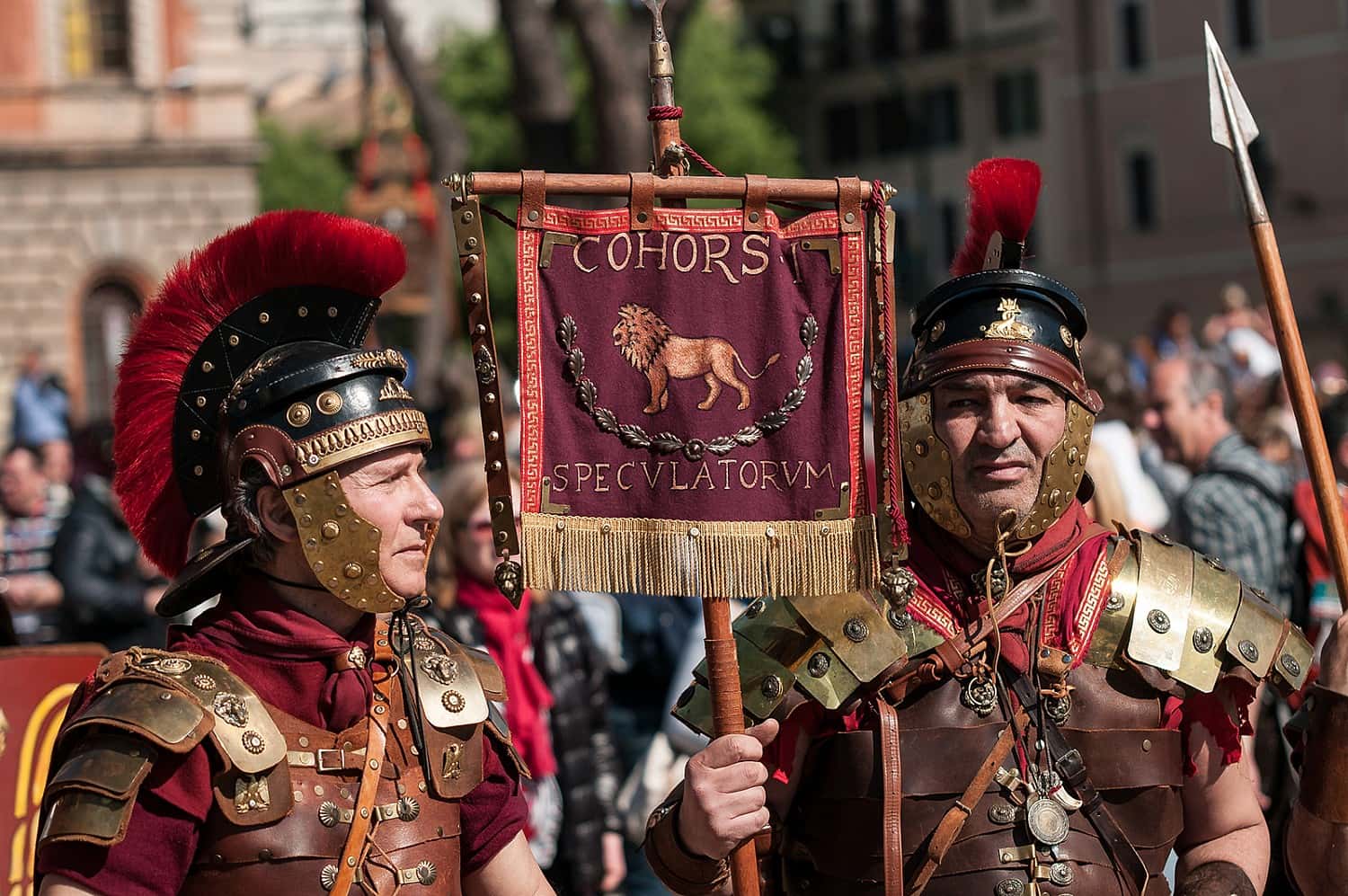 Roman Praetorian guards were Rome’s elite warriors, trained in every form of military skill to ensure they could be called into any situation. During the imperial period, they became an elite force assigned to watch over and protect the emperor and Rome. They would outgrow their original purpose and came to be a severe threat to the emperors, who had to gain their favor to maintain their position or risk being murdered. 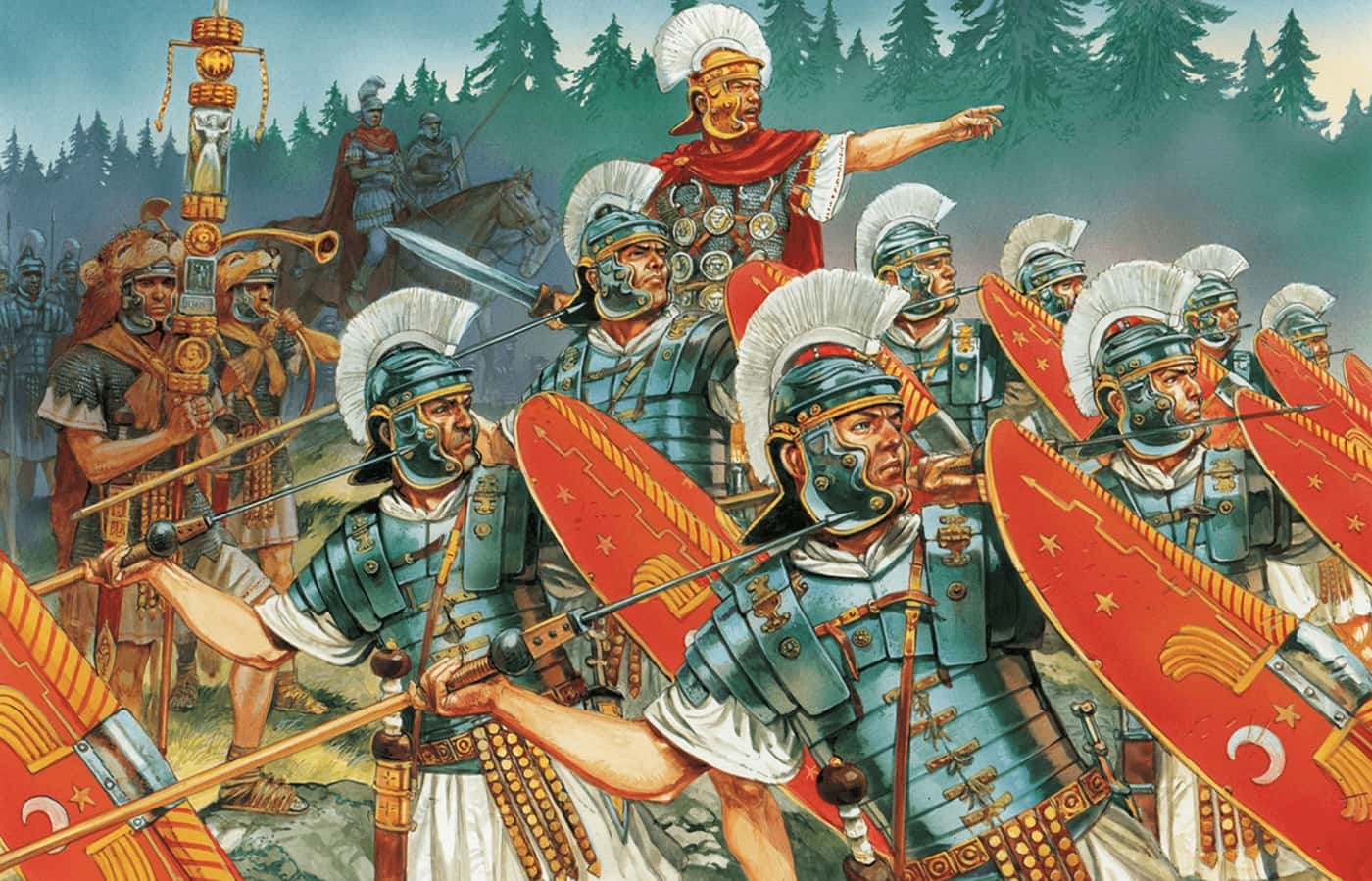 Originally a Germanic tribe, the Batavi were auxiliary troops in the Roman empire who had a highly specialized role. They were known for their incredibly disciplined skill set, which included swimming across large bodies of water in their armor while carrying weapons. They also trained their horses to swim with them. So, while their enemy was resting with their feet up, thinking they were untouchable, the Batavi would launch surprise attacks after unbelievable swims. 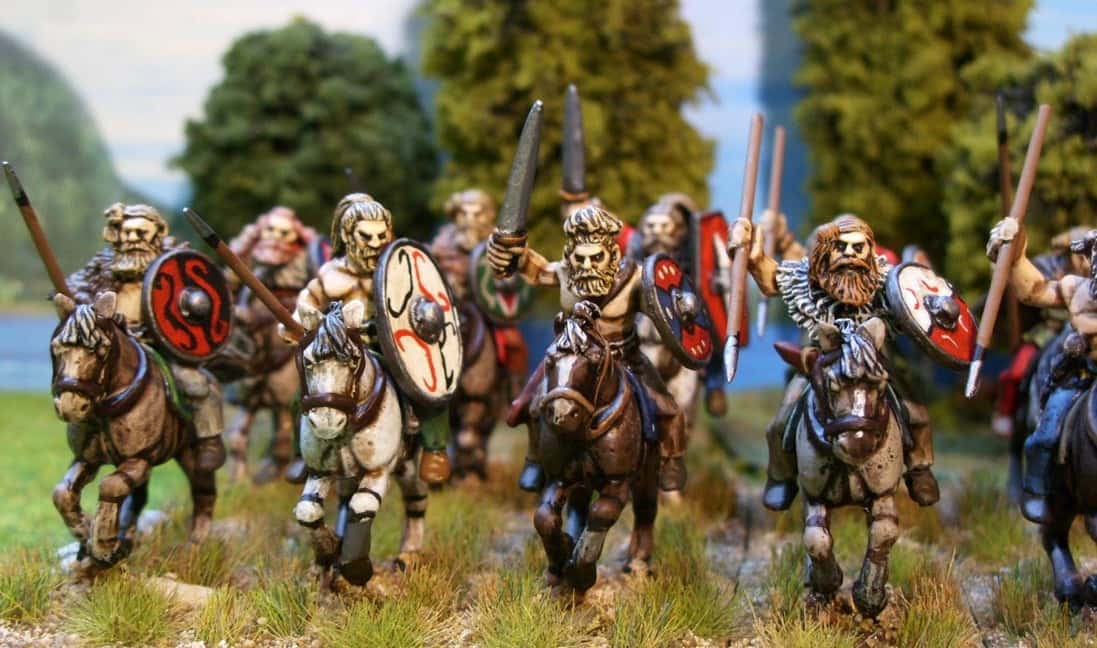 Young Spartan men were trained as Krypteia while in their youth. Historians now believe that the youth would conceal themselves and travel long distances as a sort of secret police sent by the ruling classes to terrorize the helot population. Similar to Samurai, Spartans were expected to kill themselves rather than surrender, and if they didn’t, they would face utter disgrace. Cowards were not treated kindly in Sparta. They would have to give up their seats to non-cowards and often would not be able to find a woman to marry.

Comparable to the Roman speculatores, the Skiritai were a mountain people subjected by Sparta who were then trained as elite light infantrymen. They would protect the most vulnerable position of the army during battles and also served as scouts and rangers. 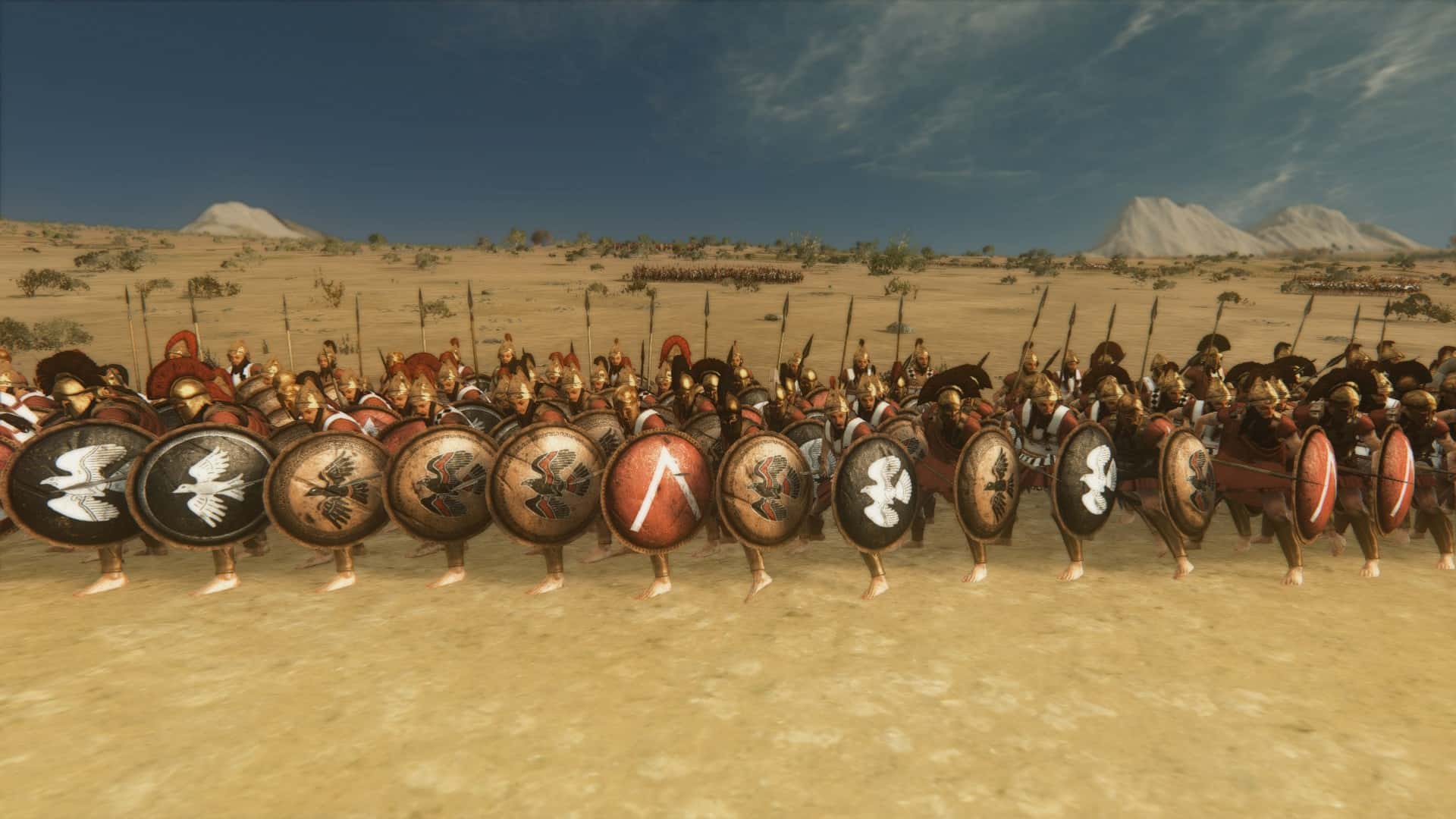 We only know of the Ten Thousand Greek mercenaries due to the writings of one of their leaders, Xenophon. These men were recruited as an elite unit by Cyrus the Younger to march into Persia and dethrone the Persian King, who just so happened to be Cyrus’ brother. It was only when the “ten thousand” were deep behind enemy lines that they heard Cyrus had been killed, effectively cancelling their mission. Xenophon was one of a few elected to lead the men back home; it would take them two years. 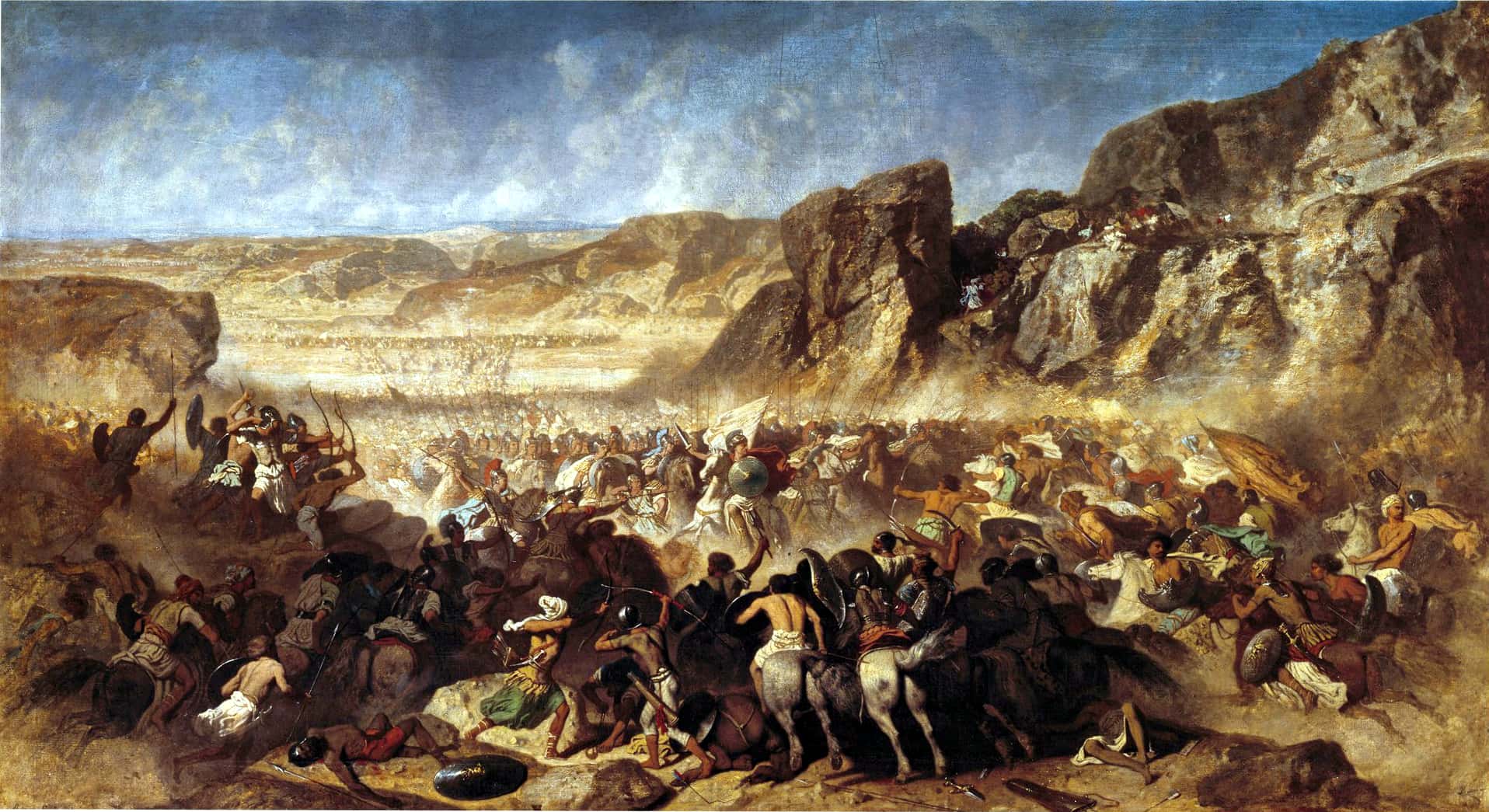 Another group of 10,000 soldiers, The Immortals were the elite of the Persian military. As the story goes, they were nicknamed “Immortals” because they always numbered exactly at 10,000; anyone who died was immediately replaced. This was the unit that was able to get behind the Spartans at the Battle of Thermopylae. 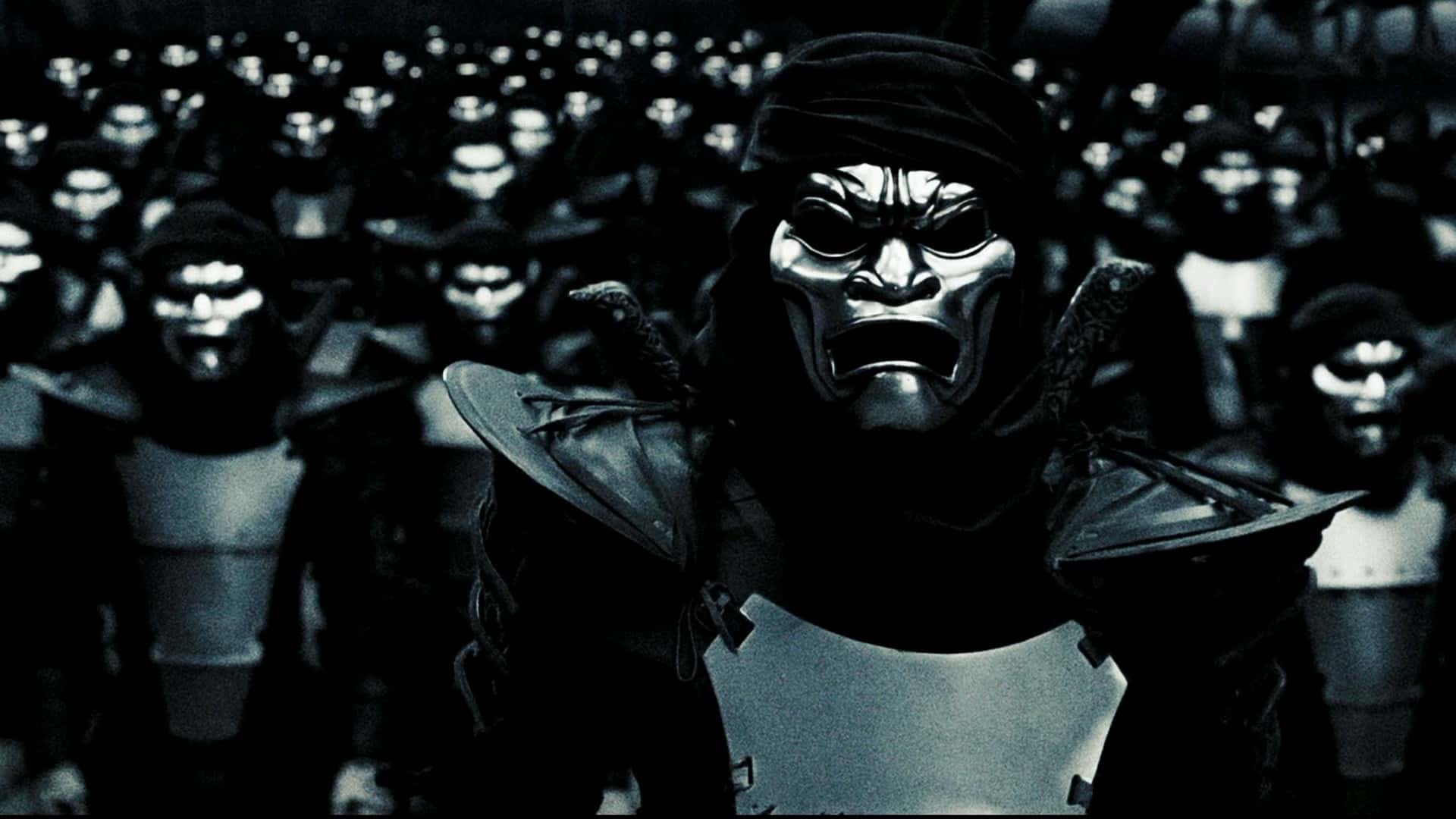 Numbering at only 300, the Sacred Band of Thebes were an elite force comprised of 150 couples of male lovers. The idea was that the bonding between couples would create a passion on the battlefield that would inspire a greater fierceness. Don’t be fooled by all the love though: these soldiers were able to handily dismantle and destroy the Spartans, staking their claim as the one of the best military men on the planet at the time. 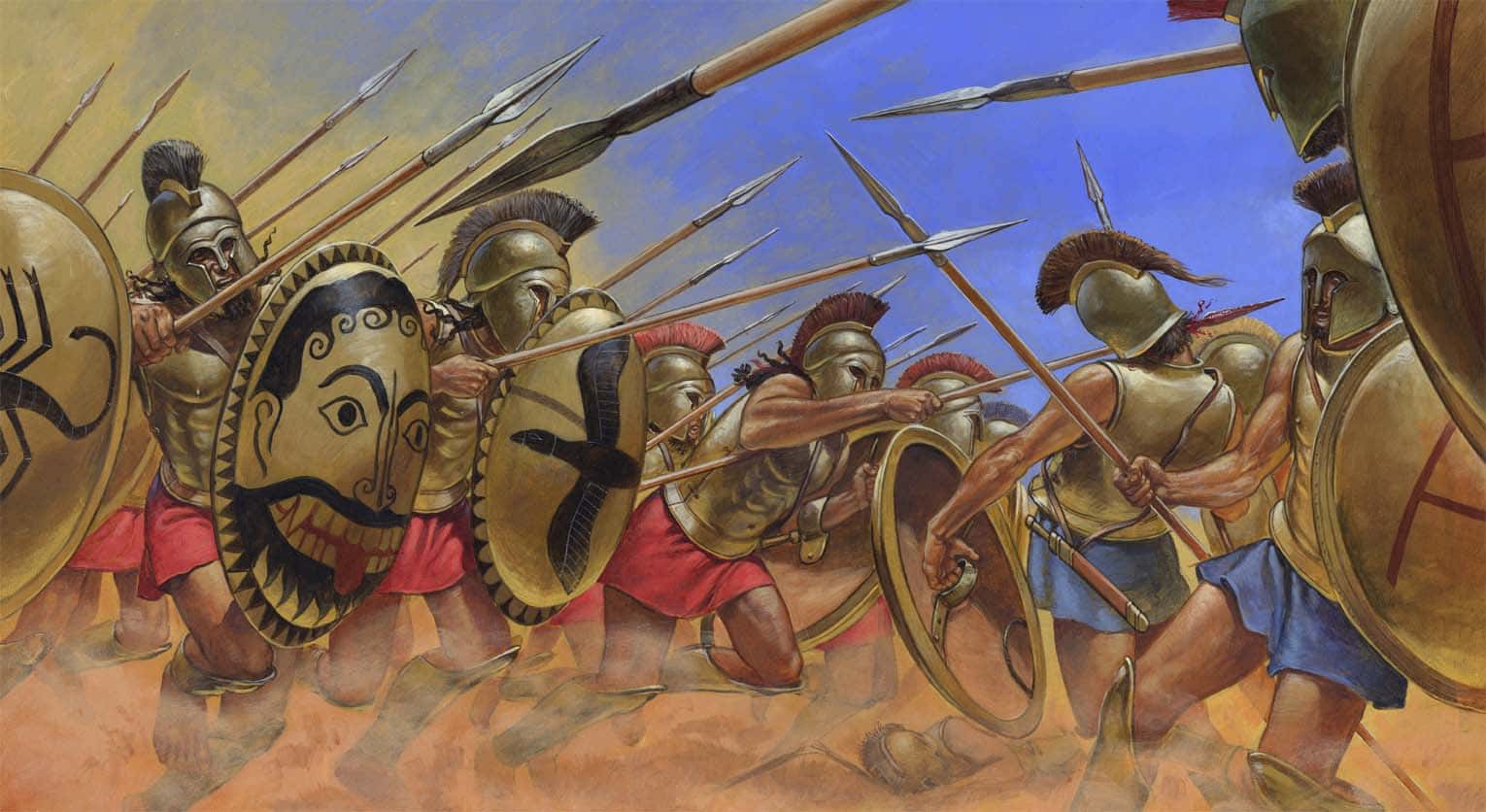 Though the Spartan army dominated for so long and is thought of as one of the elite forces of antiquity, the hippeis were also the best of the best, the true elite of Athens. The unit consisted solely of youth under 30 who were handpicked to lead the Athenian Cavalry. Besides being able to dominate the battlefield, they were also treated as elite in society and were considered the second highest of Athenian social classes. 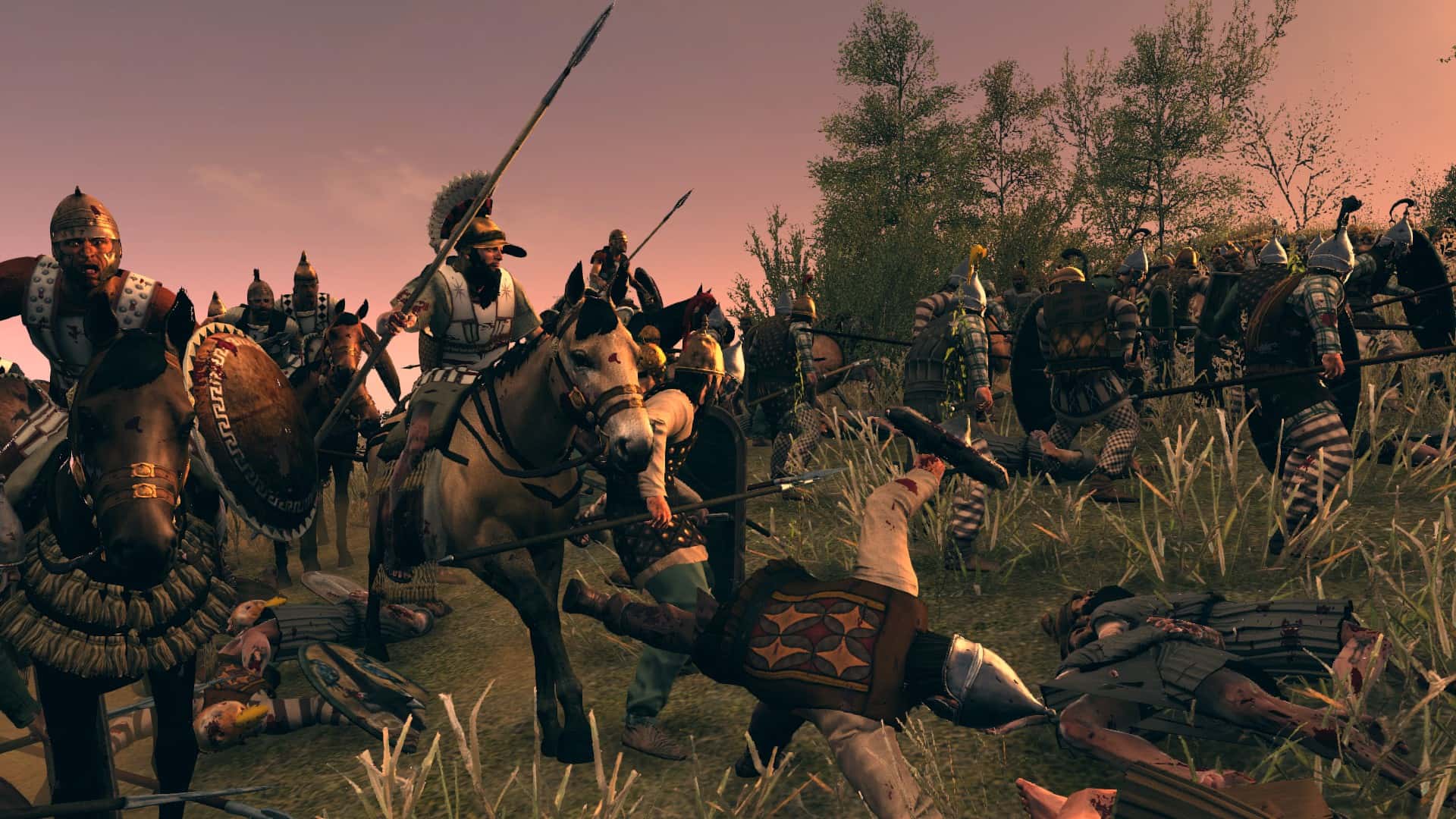 After the abolition of the Praetorian guard by Constantine I due to their control over the throne, the scholae palatinae were created as a replacement. They would take over the elite cavalry arm and became the elite soldiers of the Byzantine army. However, due to the ease of life living in the palace and the different nature of warfare, their skills would dull over time. Better than being killed on the battlefield, I suppose. 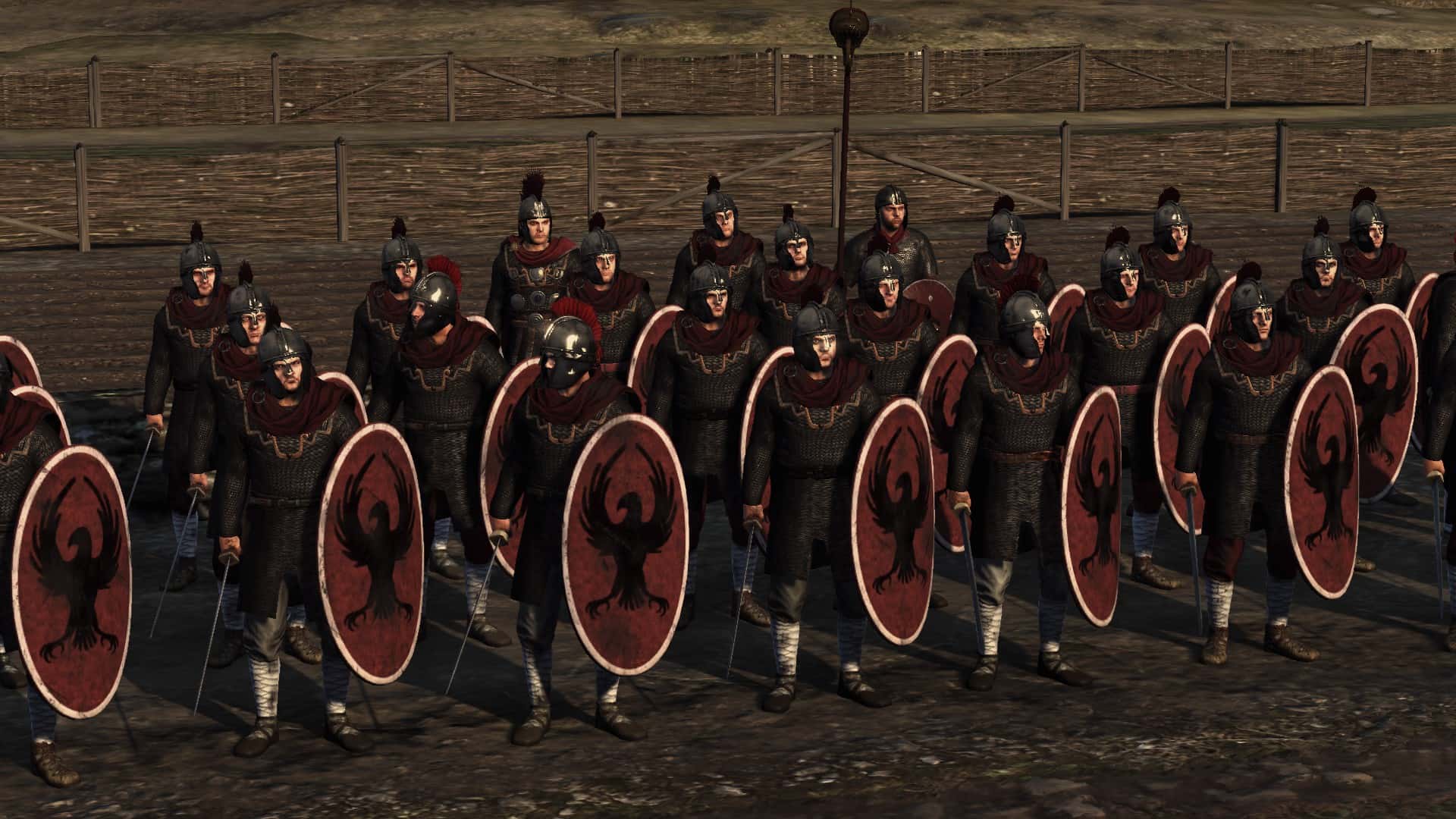 The elite warriors of the early Ottoman empire, Janissaries were originally Christian slaves or abducted children who would receive the best possible military training and were conditioned to serve the Sultan. For over 500 years, they helped the Sultan rule over his land as the first modern standing army in Europe. With the introduction of gunpowder, they also became expert marksmen of their time. 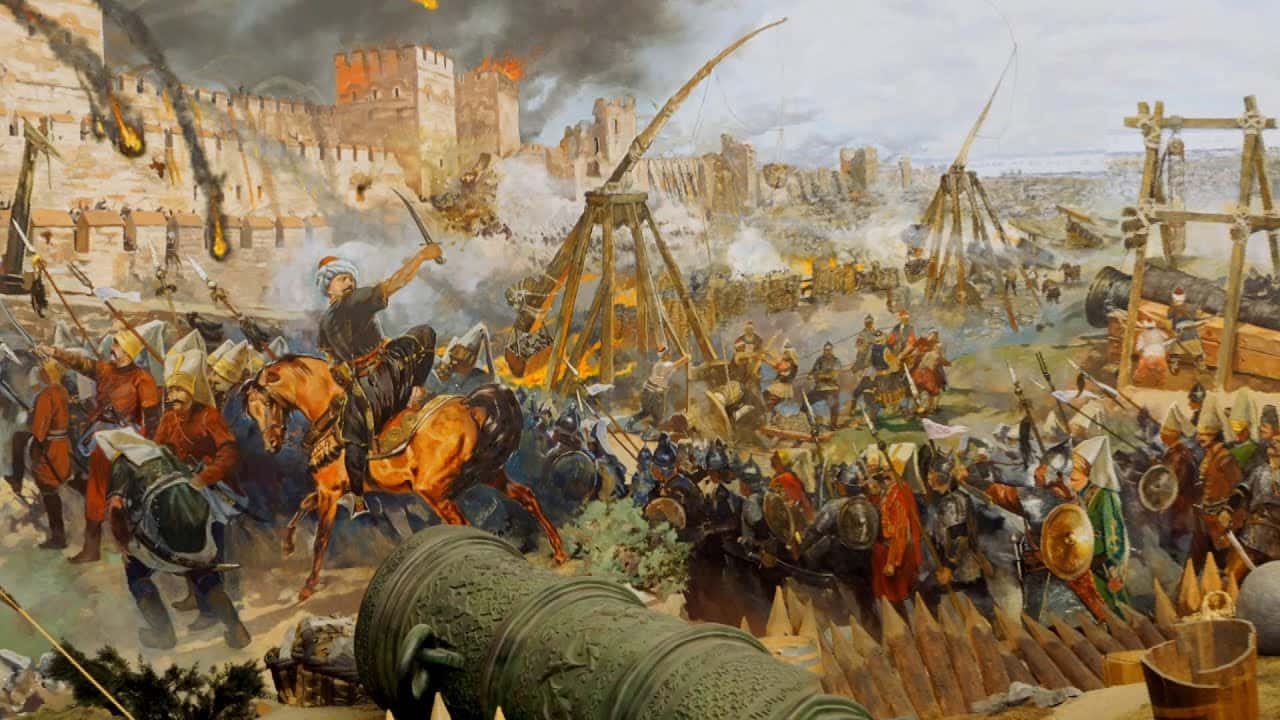 Handsomely paid for their loyalty, the Varangian guard were Scandinavian mercenaries who served the Byzantine empire as the emperor’s personal guard. They were deployed to the battlefield as reserves during a time of war, only to be unleashed when absolutely necessary. One of the perks of being a Varangian was that whenever an emperor died, each man was allowed to carry away as much royal treasure as they could hold. Wonder how many of these Norsemen stuffed gold in their beards. 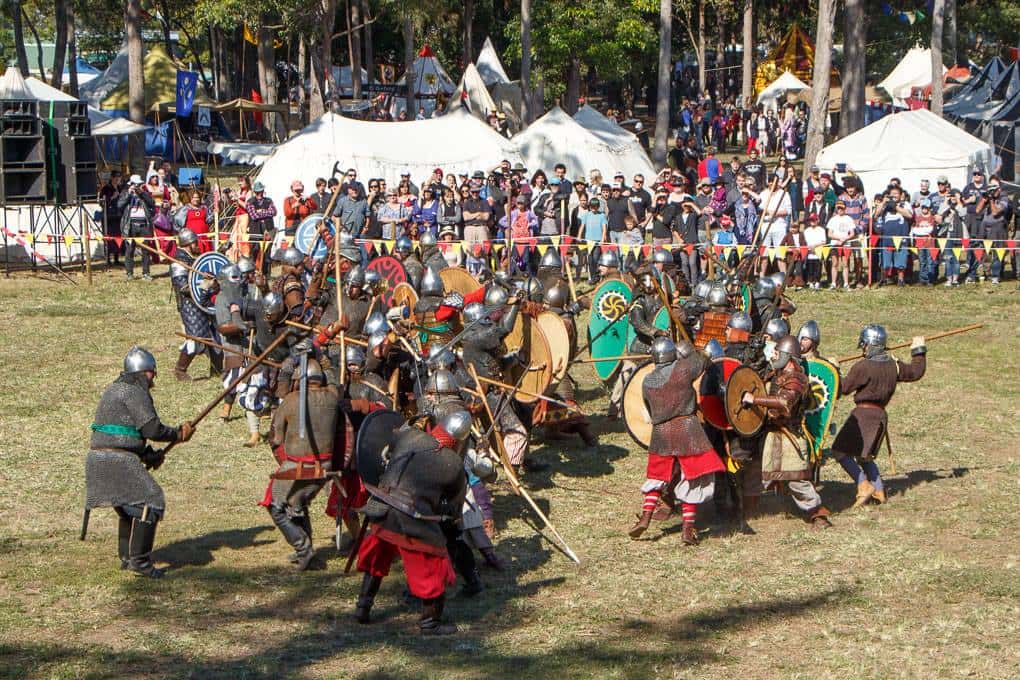 Viking Raiders were tasked with sneaking behind enemy defenses and creating utter chaos in an attempt to draw the enemy out of position before sneaking away. This mimics the role of modern special forces, who you would be hard-pressed to find on battlefields. Instead, they are ghosts who create havoc, get what they need, and disappear. 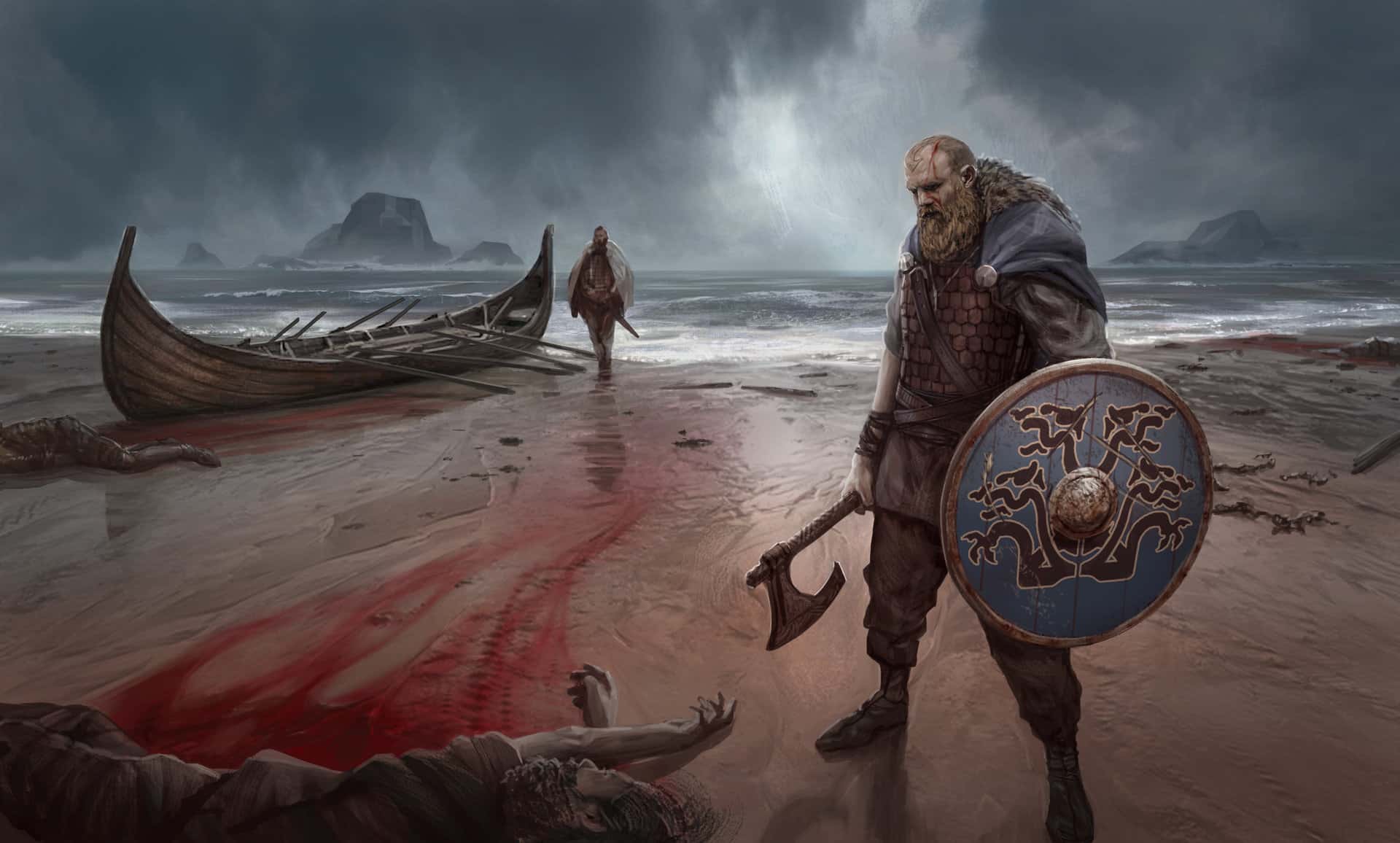 Speaking of Vikings, the word “berserk” comes from the Norse berserkers, who are some of the most famous warriors of all time, and were easily the most feared class of Vikings. Used as shock troops, berserkers tapped into an incredible bloodlust and ran into battle without armor, either in animal skins or bare-chested. They would be worked up into a trance before a battle, either through drugs, drinking, or a ritual, and strike fear into not only their enemies but even their fellow soldiers. 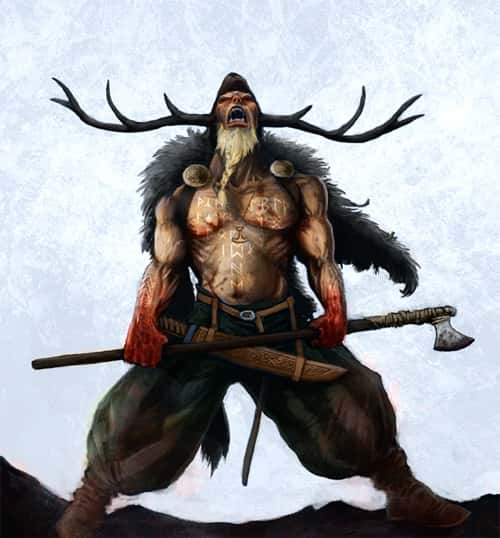 Shaolin Monks, who have studied martial arts almost since the founding of the Shaolin Temple in 495 AD, are often depicted in films with nine dots on their forehead. This mark is known as a Jieba, a sacred symbol that signifies a monk has completed his training. Prior to the Jieba ceremony being banned, monks would perform a ritual where nine incense candles were affixed to the scalp with paste. The candles were then burned until the scalp was singed completely black. 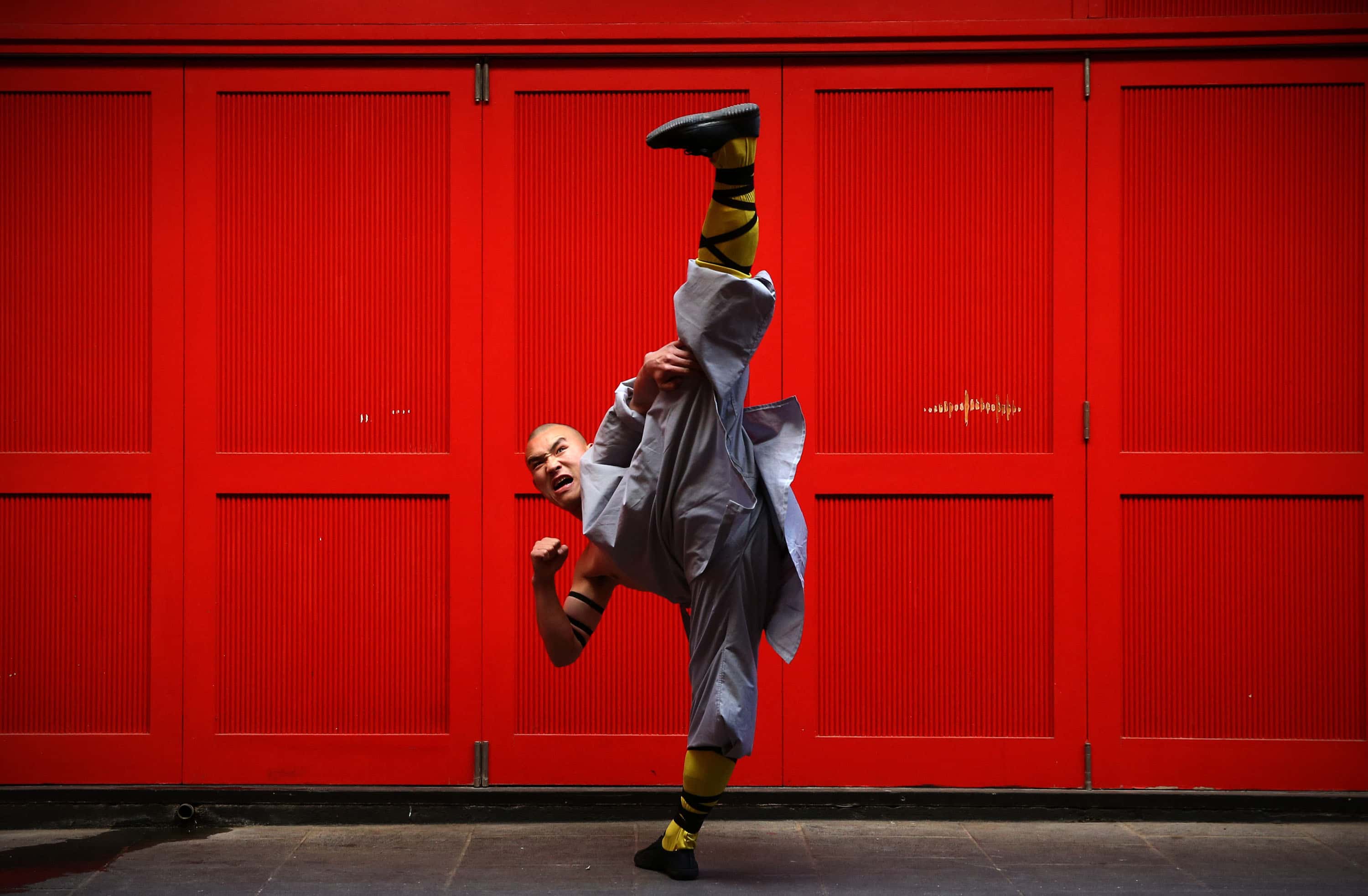 Although pop culture tends to exaggerate, the representation of Japanese Ninjas is spot on; their environmental adaptability and lethal skills made them perhaps the greatest of warriors the world has ever seen. Used mostly off the battlefield, they were often sent on secret missions of espionage and assassination and were highly skilled in combat. The antithesis to Samurai and their values, they were the warriors of the shadows. 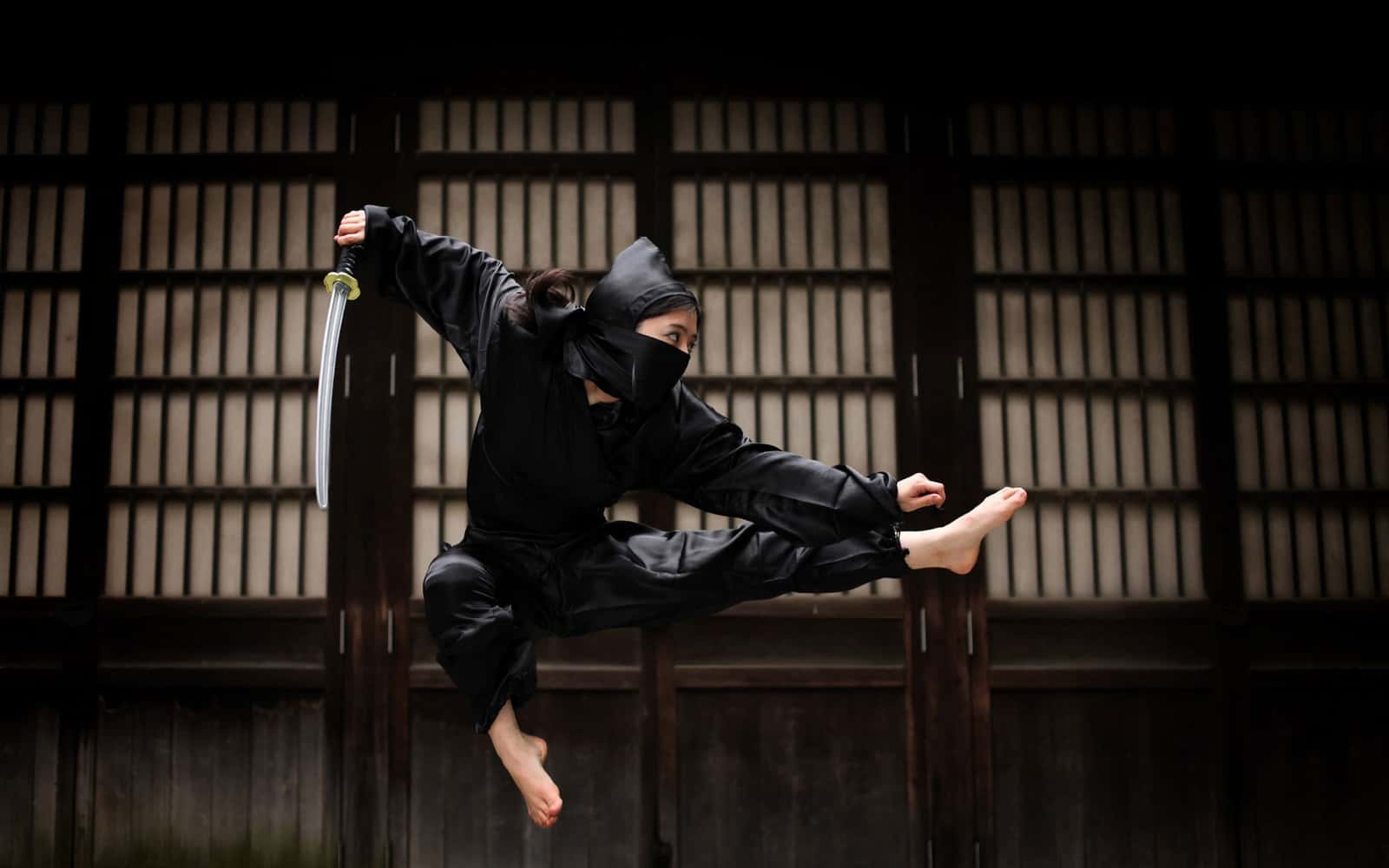 Kheshig were the bodyguards of Genghis Kahn. Need I say more about how elite these warriors were? Well, ok. There were two forms of Kheshigs: those on watch at day, and those on watch at night. At a time when rulers were constantly murdered, including Genghis’ father, and patricide was in practice, these imperial guards had to be the truly elite. 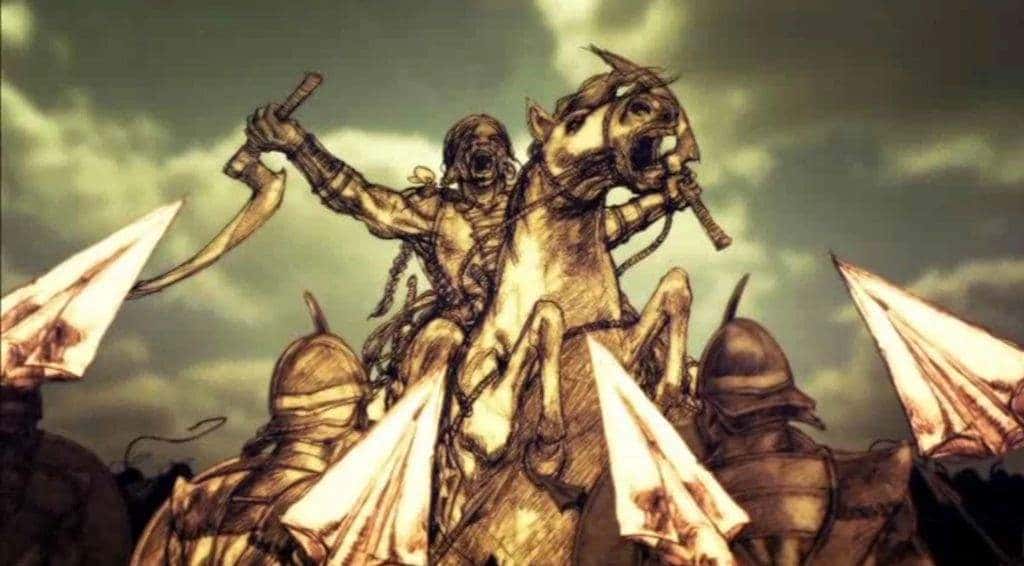 One of the two military special forces of the Aztec army, the Eagle Warriors were the most feared of all Aztec warriors. Eagle warriors were made up of the bravest soldiers who took the most prisoners during battle, though this led to a life of anxiety and constant warfare; their main mission was to capture enough prisoners to sacrifice to the gods. 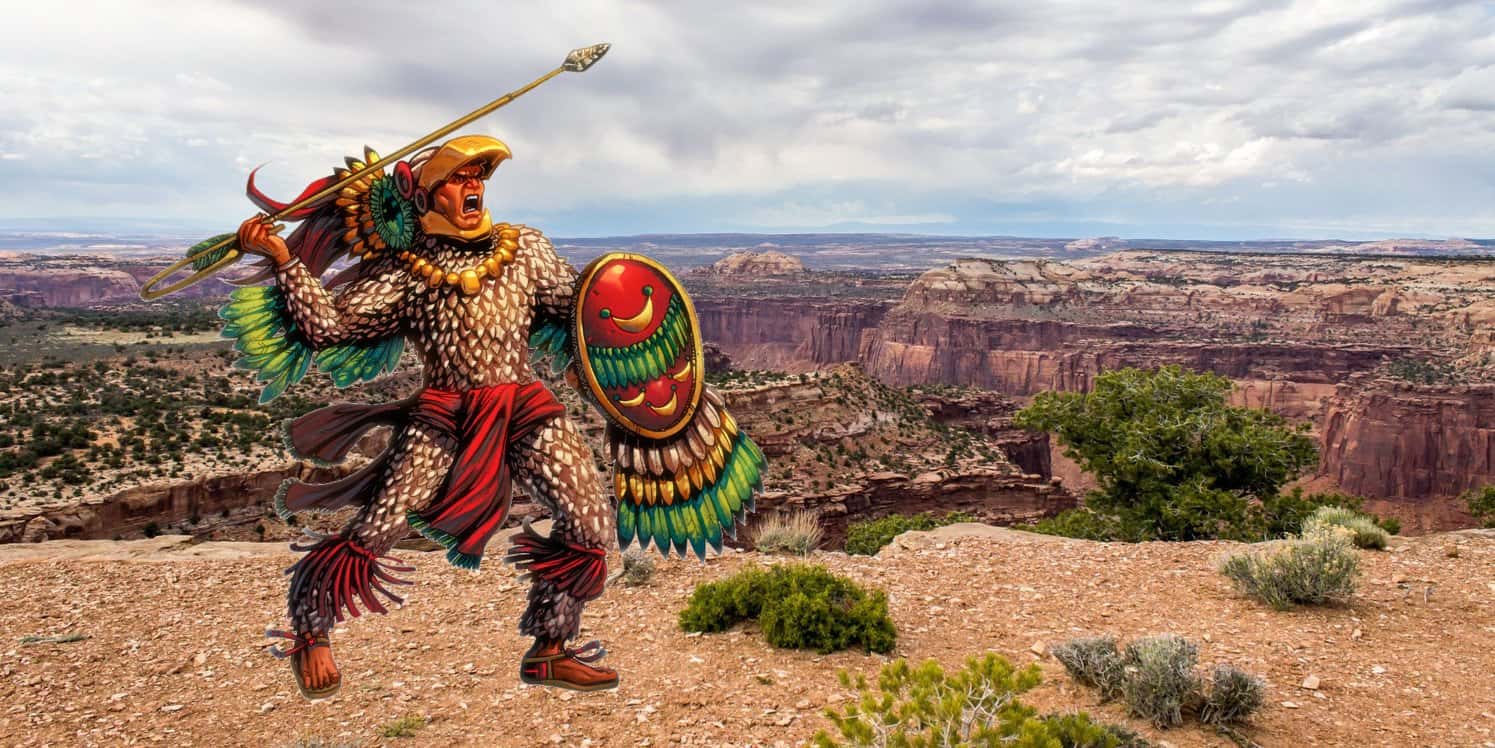 In Aztec warfare, to kill an enemy was considered a foolish, clumsy act. Instead, Jaguar Warriors—the second Aztec military special force unit—were also encouraged to capture as many prisoners as possible during battle. To become a Jaguar, one had to capture 12 enemies in back-to-back battles. 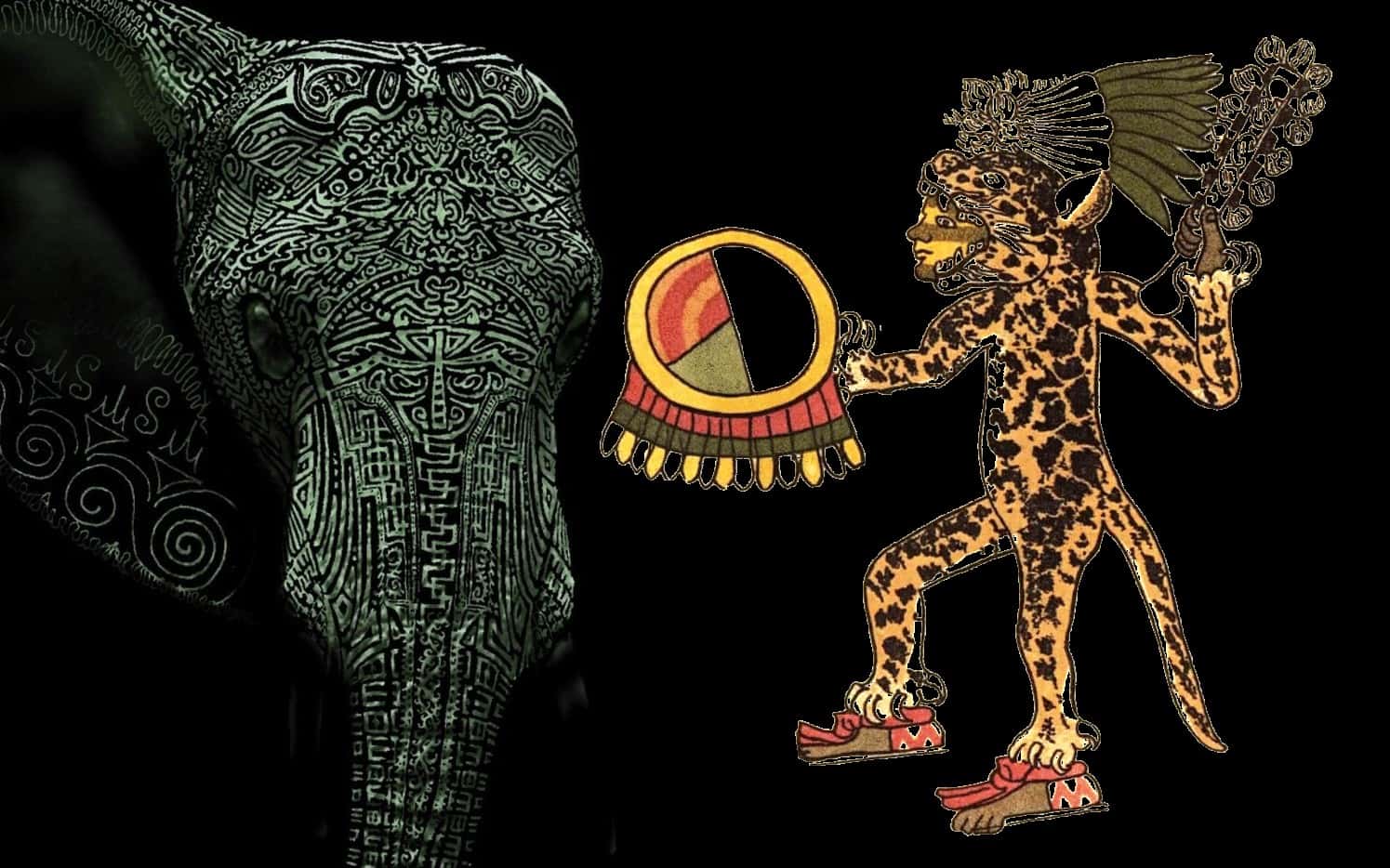 We’ll likely never know the actual historicity of the United Kingdom of Israel and Judah, but one of the earliest records we have of an elite military task force are from the Hebrew Bible. King David had a group of 37 men who fought alongside him, men that the International Standard Version of the Old Testament names as “David’s special forces.” It must have been nice fighting alongside a guy who could talk to God. 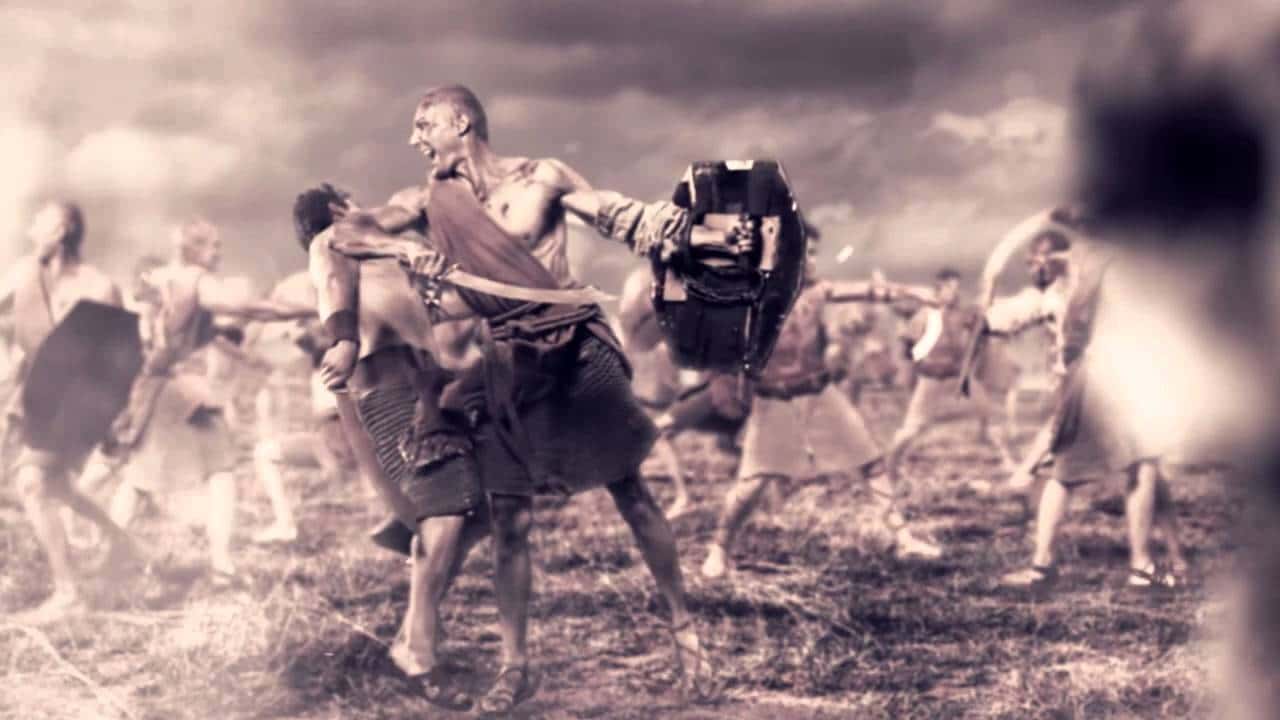