While Gollum might not always be the first character who comes to mind when discussing The Lord of the Rings, he is just as central to Tolkien’s world as Frodo, Aragorn, or Gandalf. Gollum incites complex, layered emotions in the audience, from fear to anger to pity, but he’s also the character that spawned the slew of “precious” jokes. Read on to discover more about the sad, twisted hobbit behind the mystery.

Gollum is referenced in Led Zeppelin’s “Ramble On” (1969). In the song, Gollum and Sauron are fighting over the singer’s girlfriend, instead of the One Ring. Led Zeppelin also reference J.R.R. Tolkien’s work in 1971’s “Misty Mountain Hop,” a nod to the Misty Mountains, a setting in The Hobbit.

Gollum is estimated to be about 589 years old by the time of his death. Gollum’s life was extended due to prolonged exposure to the One Ring. It seems like all the other side-effects probably weren’t worth it though.

Like Sam and Frodo, Gollum was a hobbit. More specifically, he was a Stoor, one of the three races of Hobbits. The other two are the Harfoots and the Fallohides. Stoors were known for their stocky builds. They inhabited swampy areas and were the only Hobbits who could regularly grow facial hair. Originally known as Smeagol, he became Gollum when he was corrupted by the One Ring.

21. The Start of Something Special

Prior to bringing Gollum to life in The Lord of the Rings, the film industry rarely used motion capture. To bring Gollum to the screen, actor Andy Serkis wore a grey unitard adorned with small sensors, which captured his movements and facial expressions and relayed them to computers. His presence and movements could then be used as a direct reference for the CGI creations instead of starting from scratch, creating more fluid movement and more realistic looking creations. This technology has since been used in films like Avatar, and even video games like The Last of Us.

Serkis’s performance as Gollum has inspired other actors since. Sam Worthington, in his role as FBI profiler James “Fitz” Fitzgerald in Manhunt: Unabomber, has said of his work on the film, “I wanted to be like Gollum. So I kept saying to [director] Greg [Yaitanes], ‘This is Gollum! He wants the ring! The ring is the information.’ I kept playing it like Gollum.”

Writer Venkatesh Rao published an article called “The Gollum Effect” analyzing how Gollum’s behavior mirrors that of an archetypal addict who has become a shell of their former self due to their addiction. Rao applies this addiction to other figures, and also examines how Gollum is a high-functioning addict since the ring doesn’t kill him prematurely and keeps him functioning enough to be “usefully employable.”

Tolkien reportedly based aspects of Gollum’s character on that of Grendel from Beowulf. Grendel is another figure who lives in a world called “Middle Earth.” While Grendel is a direct descendant of Cain, the biblical figure who killed his brother, Smeagol killed his cousin to acquire the ring. Like Smeagol, Grendel’s body became monstrous over time, while also granting him a lengthened lifespan and increased strength. Tolkien also wrote a translation of Beowulf (from Old English) that was published in May 2014.

Serkis based Gollum’s coughing sounds on the sounds his cat made when coughing up a hairball.

Gollum appears at #66 on Empire’s list of “100 Greatest Movie Characters,” along with characters like Ferris Bueller, Yoda, and Aragorn.

Serkis portrayed Gollum again in The Hobbit: An Unexpected Journey, and also took on second-unit directing duties, shooting aerial shots and battle sequences for Peter Jackson. “Directing was my main job this time—more than playing Gollum. I worked 200 days with a huge team shooting battle sequences, aerials. It was an amazing experience and one which I was very, very thankful to Peter for asking me to do.”

The name Gollum derives from the choking sounds Smeagol began to make as the ring corrupted him.

Smeagol’s grandmother, the matriarch of his family, exiled him from the family after Smeagol used the ring’s power of invisibility to steal and find out secrets about his family members, causing discord among his relatives.

Smeagol found the ring on his birthday.

While the movies give us a pale Gollum, he is originally described as being as “dark as darkness” in The Hobbit, where he first appeared.

Serkis’s performance as Gollum won him MTV’s award for “Best Visual Performance” in Lord of the Rings: The Two Towers. Serkis’s acceptance speech, where a digital version of Gollum fought with him for the trophy, then won a Hugo Award for “Best Dramatic Presentation, Short Form.”

Gollum actually fulfills seven of the nine criteria for schizoid personality disorder, with the most notable being the split personalities of “Smeagol” and “Gollum.” Smeagol is the more innocent and well-intentioned personality, while Gollum is the more vindictive figure.

The Beatles pitched their own version of The Lord of the Rings, with Stanley Kubrick directing and John Lennon playing Gollum. Paul would have played Frodo, Ringo would have been Sam, and George would have been Gandalf.

Next to Sauron, Gollum was the longest-serving ring bearer. Gollum’s tenure lasted 478 years, which is about 80% of his total life.

Tolkien originally wrote Gollum as a benevolent figure who offers Bilbo the ring as a prize for solving his riddles (when they first meet in Gollum’s lair in the Misty Mountains). When Gollum realizes he has lost the ring he is apologetic to Bilbo. When Tolkien began writing successive works, he realized that he wanted to make the ring a corrosive influence, and that it wouldn’t make sense for Gollum to give it up willingly—so he re-wrote the chapter.

Gollum is arguably the true savior in The Lord of the Rings. Frodo becomes seduced by the ring when he is on the edge of Mount Doom, becoming unwilling to throw it into the lava. When Gollum steals the ring from him, he inadvertently finishes the job by falling into the pit. In many ways, he is the “ultimate tragic hero.”

After being corrupted by the ring, Gollum’s body begins to reject anything Elven-made, such as the rope used to restrain him in The Two Towers or lembas bread.

The film crew on The Lord of the Rings spent about eight minutes rendering each single frame of Gollum’s animation. Although that might seem like a lot, it took much longer to render one frame of the character Treebeard: two days.

To prevent losing his voice when he was performing, Andy Serkis drank a mix of honey, lemon, and ginger, a.k.a Gollum Juice.

After he was tortured mercilessly by Sauron to get information about the One Ring, Gollum unwittingly became the only character to ever see Sauron’s physical form since the Dark Lord was defeated by Isildur in the War of the Last Alliance. 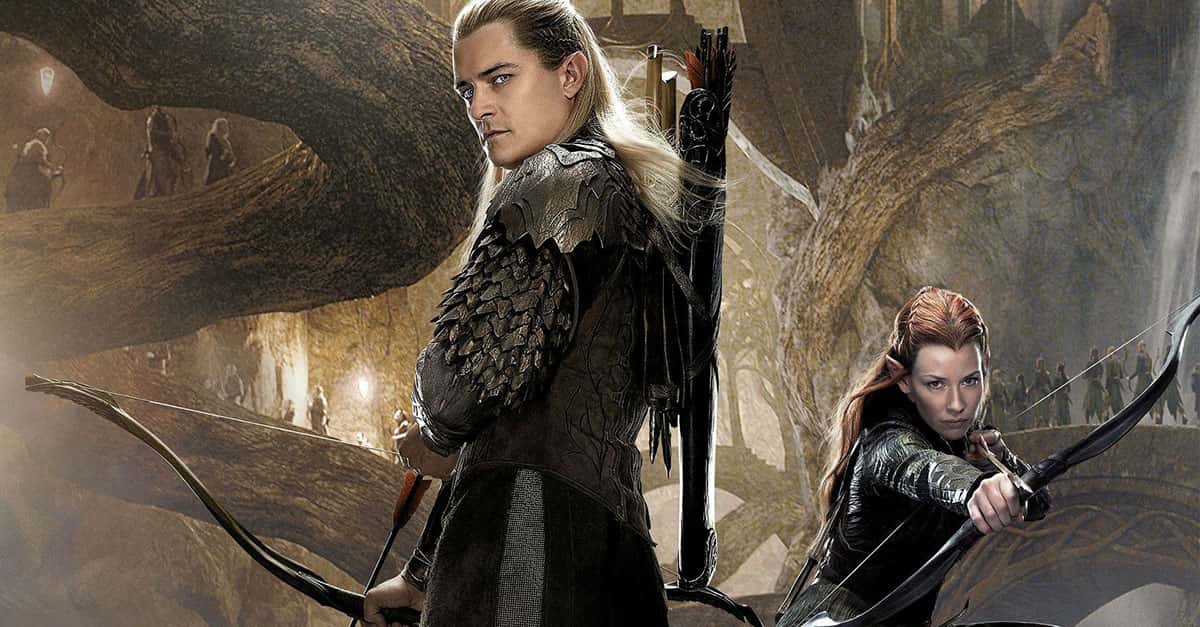