Why Is The Sky Blue?

Why Is The Sky Blue?

Why Is the sky blue?

For many kids, it’s the first real question they ask about science and the way the planet works.

Even though we learn the answer multiple times throughout our lives, be it from a family member, at school, or from a book, most of us will almost immediately forget the reason why—and that’s despite the fact that the answer is deeply fascinating! So buckle up and put on that thinking cap: here is the definitive explanation.

We actually have Isaac Newton and a number of other important thinkers to thank for the answer. Among his many other achievements, Newton came up with a theory that explains how we see light and color—a theory intrinsic to the explanation of why we see the sky as blue. In his important 1705 book Opticks, Newton studied the way that a prism separates white light into the different colors of the rainbow—or, to be more scientific, the visible spectrum. Before Newton, the relationship between color and light hadn’t really been properly established, but his work established that color is a trait inherent to light.

Newton’s theory of color—that light generates color, instead of the object or body that appears to contain the color—is essential when it comes to understanding why we see the sky as blue. Newton used a prism to illustrate that light, even light that appears “pure white,” such as sunlight, contains a multitude of colors.

But what does that mean for us? Well, the prism is actually analogous to a part of the eye that’s fundamental to the way we experience light and color—the lens. He theorized that both prisms and lenses, including the lens of the eye, work to refract the light, changing it in a way that causes us to be able to see color.

Refraction is one of those words that’s thrown around a lot in science and physics, but it’s a word that few people fully understand. When it comes to seeing light and experiencing color, we’re specifically talking about refraction of light, as there are other types of refraction as well. Refraction essentially means the way a wave changes when it passes through one medium to another—in our case, the prism or lens is the medium that changes (or refracts) the light wave, creating the effect of one or a rainbow of colors.

Prisms and the lens of the human eye aren’t the only instruments that can refract light—there’s also glasses (and contact lens), camera lenses, binoculars, and microscopes. But though refraction is an important concept when it comes to the way we commonly experience light and color, it also isn’t the only way that light, and therefore color, can be shaped.

To put it simply, when we look up at the sky, we’re seeing the “pure” white light of the sun, and yes, it’s refracted through the lens of our eyes. But, as mentioned, it isn’t the sole way that light is reflected to create said experience. There’s also particles and molecules in the air that scatter light waves, and this is a fundamental part of how that familiar shade of serene yet vivid blue is created in the sky.

The work on understanding how molecules scatter light was started in the mid-19th century by a physicist named John Tyndall, and was continued by John William Strutt, 3rd Baron Rayleigh, a few years later. Of course, they weren’t exactly on the nose—they attributed the scattering to particles of dust and humidity in the sky, but if that were true, a humid atmosphere and pollution would have a much greater effect on the sky’s color. It was no less a man than Einstein who took Tyndall and Raleigh’s basic ideas about the scattering of light and attributed it to molecules in the atmosphere instead of dust or moisture—from Newton to Einstein, it took a true dream team of scientists to explain how the sky appears blue.

That’s the how, but there’s still the why of that particular color. Why blue and not green or orange or pink? Well, as previously mentioned, Newton’s theory showed how the prism separated light into the colors of the rainbow—specifically, red, orange, yellow, green, blue, indigo, and violet. All other colors—and even white light, for our purposes—are actually made up of combinations of these colors. Light energy, like that from the sun, travels in a straight line until it’s disrupted by something (like a prism or lens, or molecules in the air, as mentioned). Then it is distorted into waves, and each color in the visual spectrum (or rainbow) has a different wave shape. While red is a longer, less crimped wave, blue is much shorter, with a tighter fold.

Sign up to our newsletter.
History’s most fascinating stories and darkest secrets, delivered to your inbox daily. Making distraction rewarding since 2017.
Advertisement

As the molecules in the air distort the pure white light from the sun, they create a wave of light energy at a frequency that, to us, looks like blue. But hey, there are two other colors after blue, indigo and violet, that have even shorter waves. So why don’t we see those colors? Part of that has to do with the atmosphere which scatters the light, and part of it has to do with the color receptors in our eyes, known as cones. While most of the light that makes it to our eyes has been scattered to blue, which is received by the blue color receptors, whatever indigo and violent waves do survive to make it to our eyes are read by the red color receptors in our eyes, leading to our specific experience of sky blue—without those residual indigo and violet waves, the blue would be much more green-tinged.

All of these same principles account for the variation in color of the sky during sunset (when the light is not as direct, resulting in a yellow effect), particularly over the ocean (where humidity is higher, making the sunset orange), or in more polluted areas (where molecules might cause a reddish sunset). And as for colorblind people? Most of them are missing the red cones or color receptors, meaning that, luckily for them, they still perceive the sky as blue.

So, the next time someone asks why the sky is blue, tell them that it has to do with light being scattered by molecules in the sky, creating a light energy wave of a frequency that corresponds to blue. Don’t forget to say we have Newton and Einstein to thank, not to mention Tyndall and Lord Rayleigh! And then there’s the bonus stuff about prisms and refraction…or you could just bookmark this to send it to them. Who can remember all the reasons why the sky’s blue anyway? As the proverb says, “the sky is not less blue because the blind man doesn’t see it.” 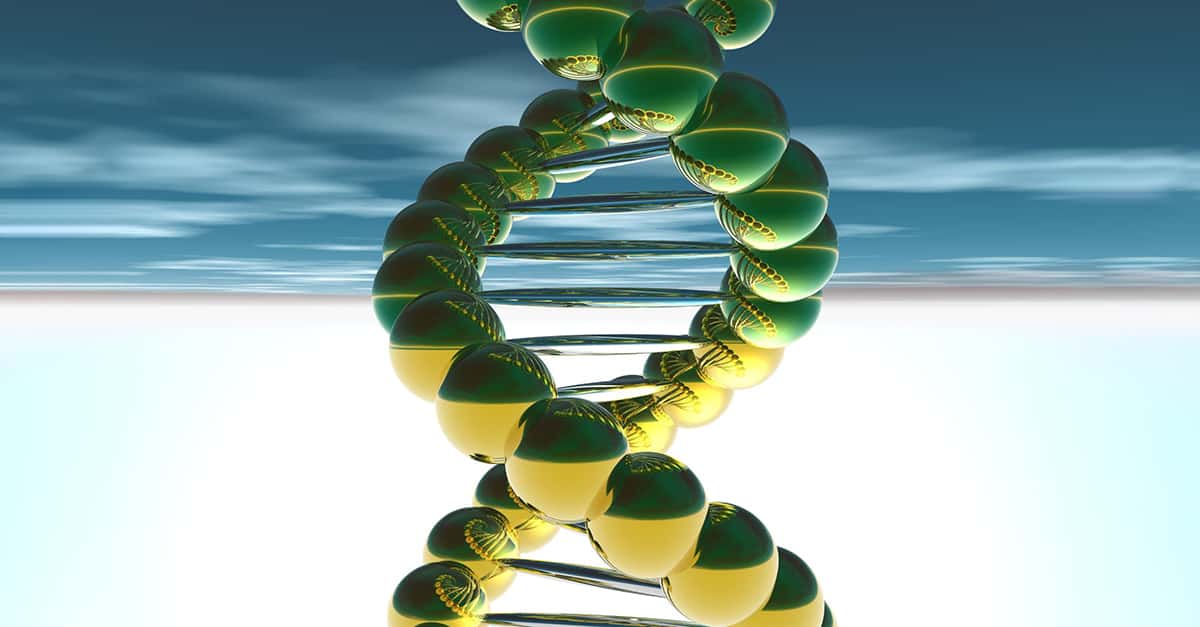 23 Mind-Bending Facts About Anything And Everything