One day in May 1828, a mysterious young man was wandering the streets of Nuremberg, Germany. He encountered a local shoemaker, who found that the man was carrying two letters. One of them was addressed to Captain von Wessenig of the 6th cavalry regiment. The shoemaker took him to von Wessenig’s home, where the young man began to talk, and where the contents of the letters were read. It all seemed nearly unbelievable—and only got stranger from there.

The first letter, addressed to von Wessenig, claimed the boy’s mother left him with the letter’s author when he was just a baby. It went on to say that the boy was 16 years old, that he had been educated, but had never left the house where he’d been raised. Now that the boy was 16, his caretaker was sending him off to join the 6th cavalry regiment.

The other letter was allegedly from the boy’s mother, stating that the boy’s name was Kaspar and confirming his age. It also said that his father, now deceased, had been a cavalryman in the 6th regiment. However, upon later inspection, it appeared that the same person had written both letters—but who?

For his part, the boy would at first only say, “I want to be a cavalryman, as my father was,” and the phrase “Horse! Horse!” As von Wessenig and the others around continued to question him, he would occasionally say, “Don’t know.” After he was taken to police, he began to answer in a little more detail, but still didn’t give away much about his life. Eventually, however, he’d reveal his dark past.

Since this “Kaspar” had no forms of identification other than the letters he’d been found with, he was put in jail for being a “vagabond.” In jail, he shared his name by writing it down: Kaspar Hauser. While his appearance did reflect what was shared in the letter—he did in fact look like a 16-year-old—it became clear that he might be intellectually delayed. But, as he eventually began to share his story, it was obvious that this wasn’t the first time he’d been in a cell.

He claimed that he’d lived in a small cell for his entire life, or as far back as he could remember. The cell was two meters long and one meter wide. All it contained was a small straw bed and a few handmade toys. Every morning he would wake up to find that someone had left him water and bread. This went on for years before his caretaker finally revealed himself. The mysterious figure attempted to teach young Hauser to read, but had always ensured that his face remained obscured from the boy.

It was the same mystery man who brought Hauser to Nuremberg. He coached the boy to repeat the phrase “I want to be a cavalryman, as my father was,” although the boy didn’t understand what he was saying. As news of Hauser’s mysterious origins spread, interest in the case deepened. Some bought into the story, even suspecting that he might have royal heritage but was hidden because of illegitimate origins. Others were skeptical, declaring that he must be a fraud.

The town of Nuremberg, swept up by the fantastic story, stepped in and officially adopted the boy, freeing him from jail. Many citizens donated money to pay for his housing and education—but all the fascination and charity that Nuremberg could offer couldn’t stop Hauser from experiencing strange brushes with danger.

The Stalker and the Unravelling

As a son of Nuremberg, Hauser was adopted by a local schoolmaster, Friedrich Daumer, who began to teach the boy. But then one day, Hauser didn’t show up for his lessons. He was found in the cellar with a cut on his forehead. He claimed that the person who’d dropped him off in Nuremberg had come back for him, slashing him with a knife and stating, “You still have to die ere you leave the city of Nuremberg.” The police, concerned for his safety, moved him to the home of a municipal authority.

It was there, just less than six months after the knife attack, that Hauser claimed to have accidentally shot himself in the temple while retrieving a book from a high shelf. Once again, he was transferred to another house—but by this time, his caretakers had begun to feel apprehensive about the teen, claiming that he had a penchant for lying. His next caretaker would be no different.

In 1831, a British aristocrat by the name of Lord Stanhope became captivated with the story of Kaspar Hauser and came to Germany to adopt the teen. He put in a lot of time and money in an attempt to solve the mystery of Hauser’s origins, to no avail. He began to doubt the things that Hauser said, and sent him away to yet another home, in Ansbach, where he was frequently left with a schoolmaster named Johann Georg Meyer.

Hauser’s next patron was named Anselm von Feuerbach, but he died shortly after Hauser met him. Some of von Feuerbach’s writings revealed that he too thought Hauser was a con artist—but it’s unknown if Hauser, who grieved publicly for the man, knew of this. Either way, it seemed as though Hauser couldn’t keep things from unraveling.

By early December 1833, things were incredibly tense between Hauser and Meyer. Von Feuerbach had been dead for months, and Lord Stanhope had all but disappeared but was expected to visit around Christmas. In mid-December, Hauser became the victim of yet another bloody act of violence—or so he claimed. He said that he’d been stabbed in the Ansbach Court Garden by a man who’d been trying to hand him a bag. Later, authorities found a small velvet sack containing an utterly bizarre note.

The note used mirror writing, and the message implied that it had been written by the man who’d allegedly kept Hauser captive for his entire childhood. It contained other cryptic details hinting at the origins of the author of the note. A few days after the note’s discovery, Hauser died from his stab wounds—but his story wasn’t over quite yet.

Without Hauser alive to tell tales about his origin or his encounters with this mysterious stranger, his stories began to unravel even further. He had trouble covering his own tracks—the content of the note was riddled with idiosyncrasies of grammar and syntax that were typical to Hauser. As a result, the authorities alleged that he’d written the note himself. They theorized that he’d even gone as far as stabbing himself in hopes of drawing further attention to his case, perhaps in order to attract yet another wealthy benefactor, or to recapture the attention of Lord Stanhope.

After Hauser’s death, the many theories about his lineage and upbringing came to the forefront, and just as many were disproven. There were those who believed that he was of noble blood, a prince of Baden. After all, Hauser had allegedly been born in 1812, the same year that the prince of Baden had been born and died shortly after.

Conspiracy theorists supposed that he was a sort of changeling, having been smuggled out of Baden and replaced with a deceased child, as the result of a different branch of the royal family attempting to capture the throne. However, there had been multiple witnesses to the infant prince’s birth, illness, and death to reject this claim—not to mention the DNA tests done later on in the 20th century.

It Just Doesn’t Add Up

There were others who worked to repudiate Hauser’s claims of a childhood locked up in a cell. A psychiatrist insisted that the boy would’ve been much more developmentally delayed if his story had been true—essentially lending credence to the claim that every time Hauser claimed he’d been attacked by his captor, he’d injured himself. Others who studied his brain found anomalies, but one doctor who didn’t was the one who performed the autopsy.

Whether or not the fatal wound was self-inflicted, Hauser’s death got him more of the attention that he’d thrived on up until that point. While he never got to visit England with Lord Stanhope as he’d wanted, two memorials to Hauser speak to the fascinating nature of his story. In one, he’s referred to as a “riddle of time,” and in another, he’s called “a mysterious one who was killed in a mysterious manner.” It seems only appropriate for one of the most bizarre figures of the 19th century. 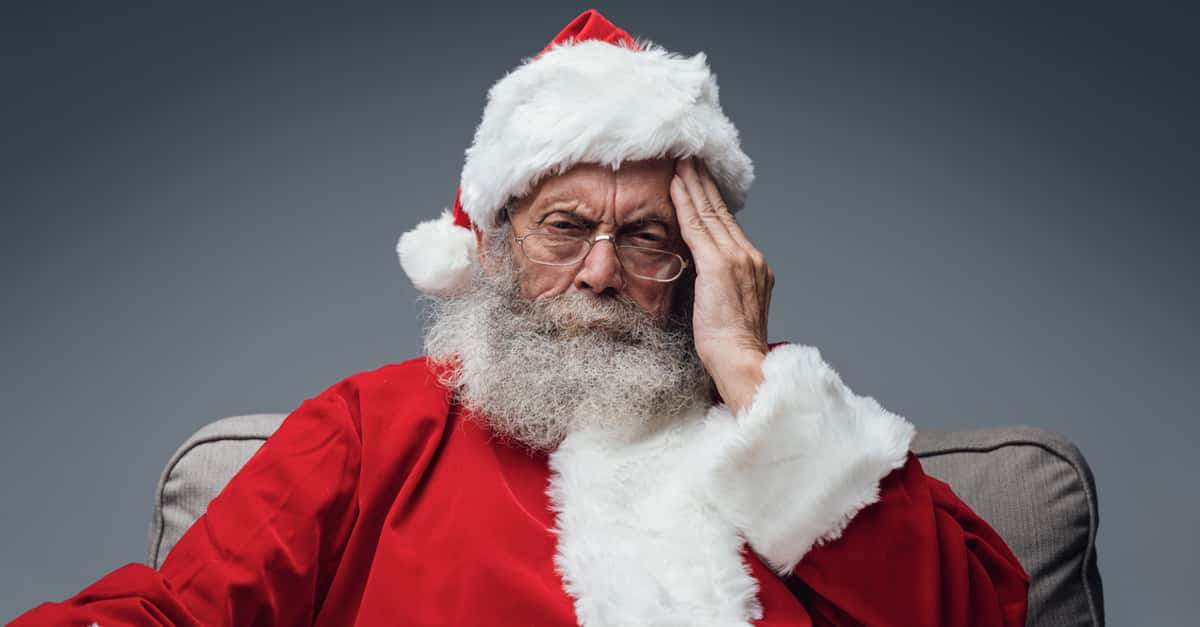 Mall Santas Share Their Most Memorable Experiences On The Job 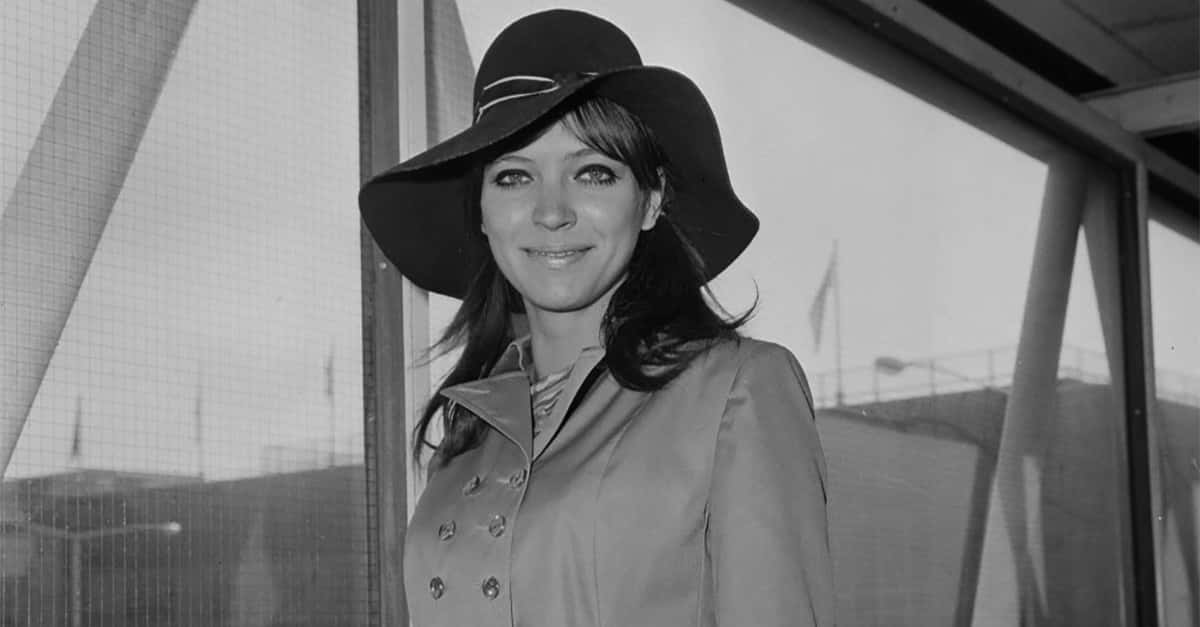 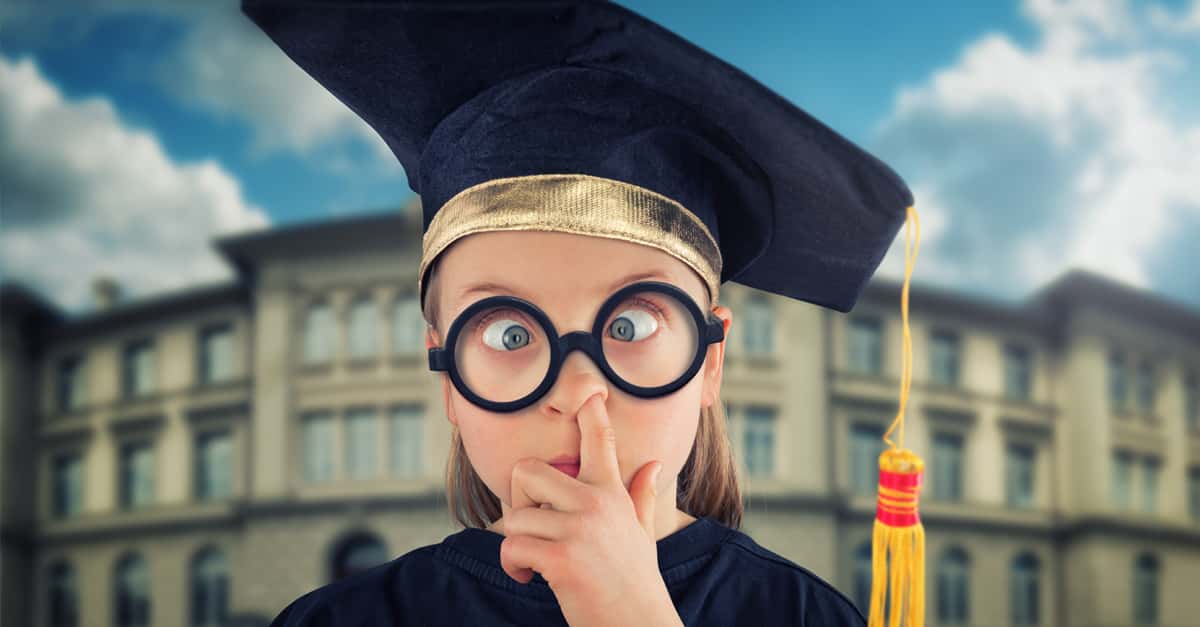 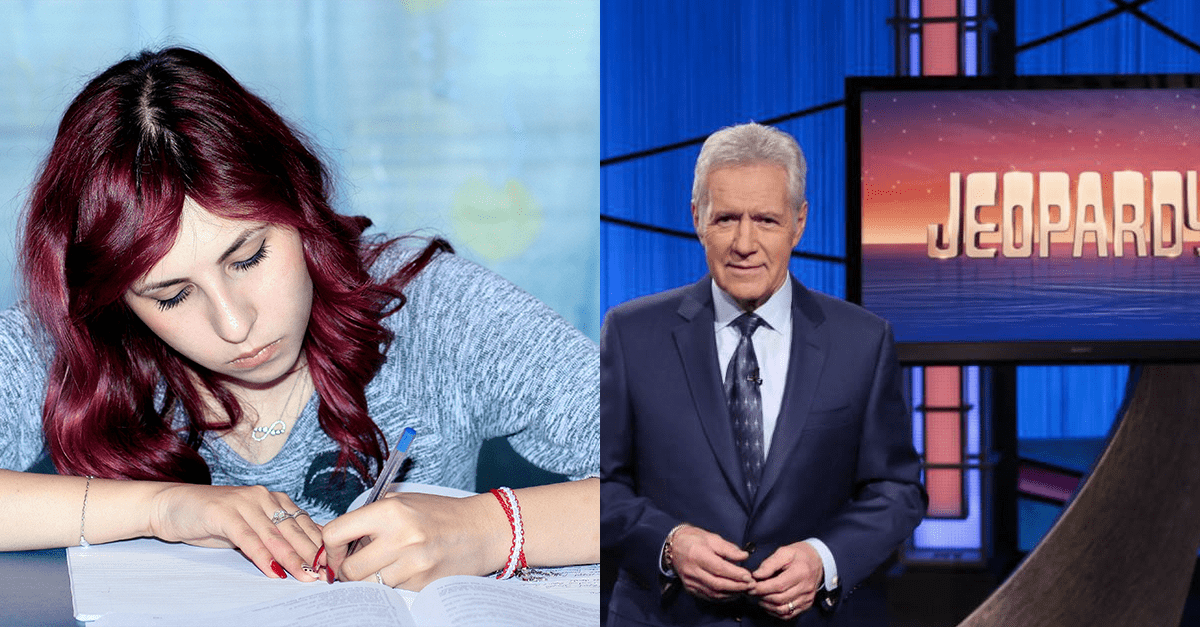 Quiz: Can You Pass The World’s Hardest Quiz? 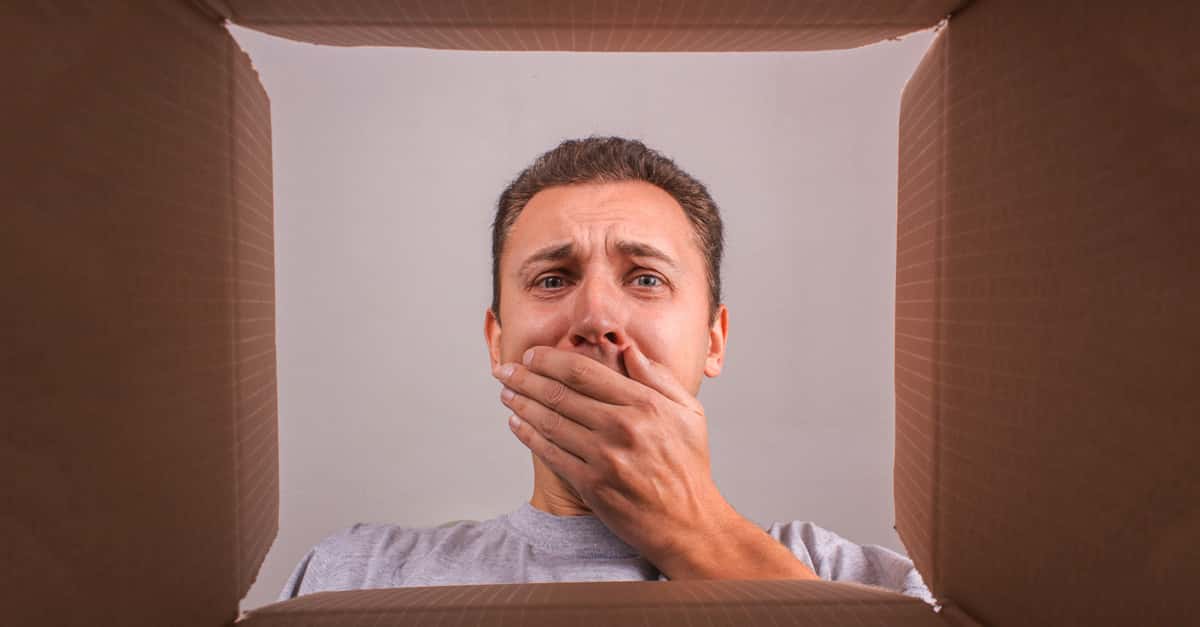 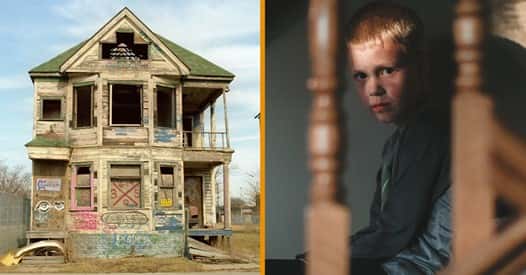 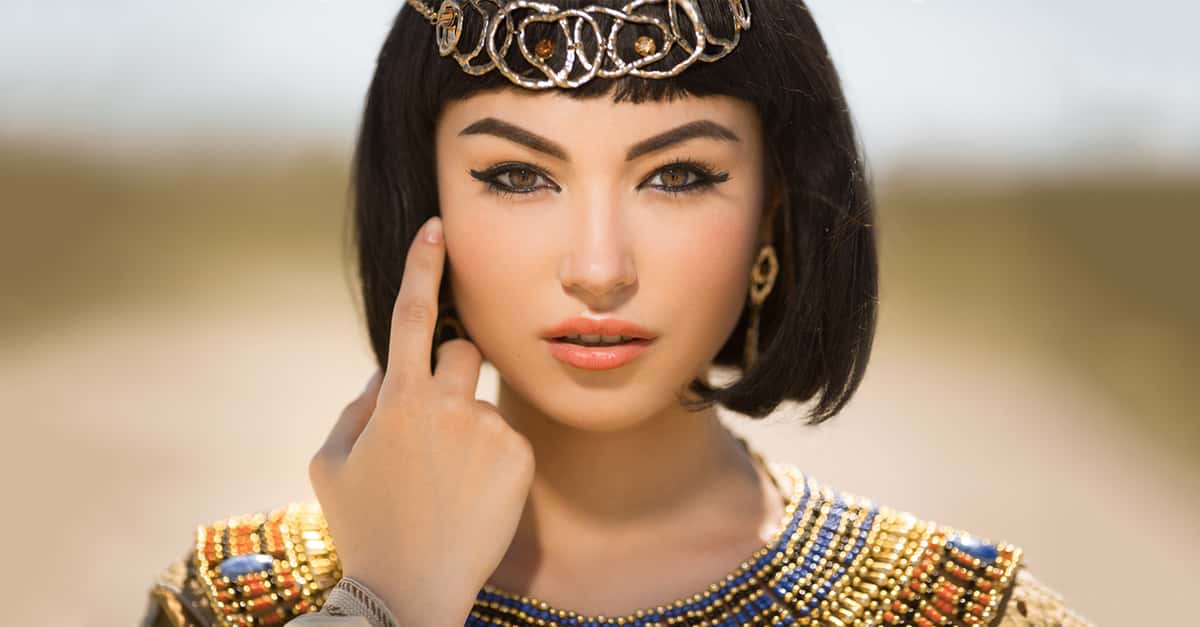 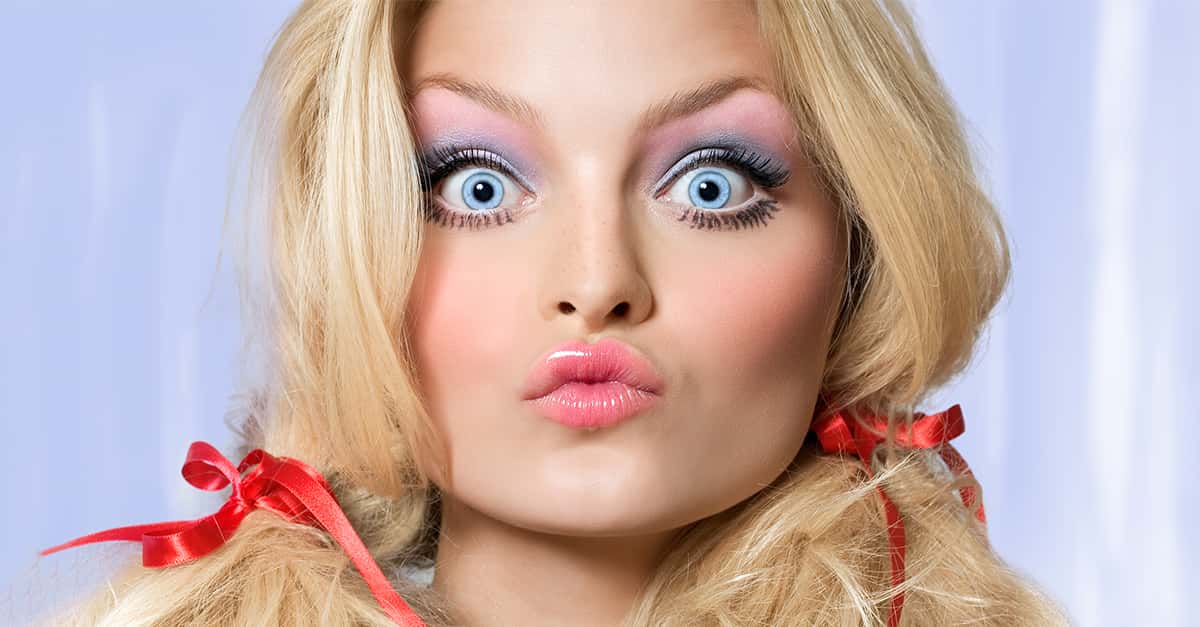 People Share Stories About The Stupidest Individuals They Have Ever Met 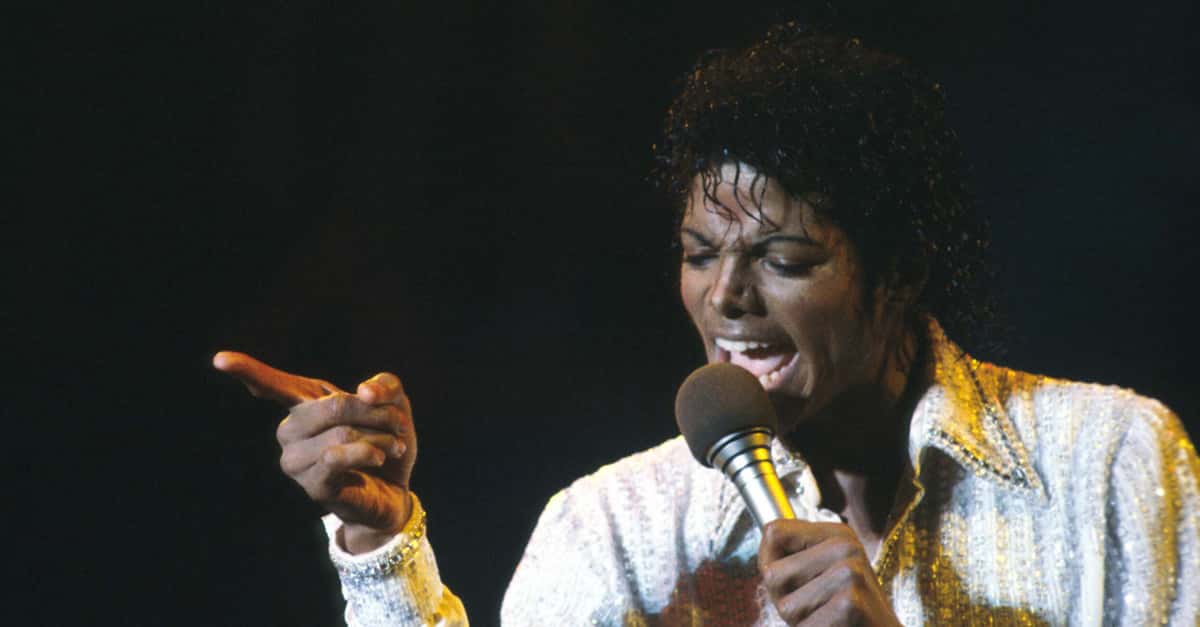 Quiz: How Much Do You Know About Michael Jackson, The King Of Pop? 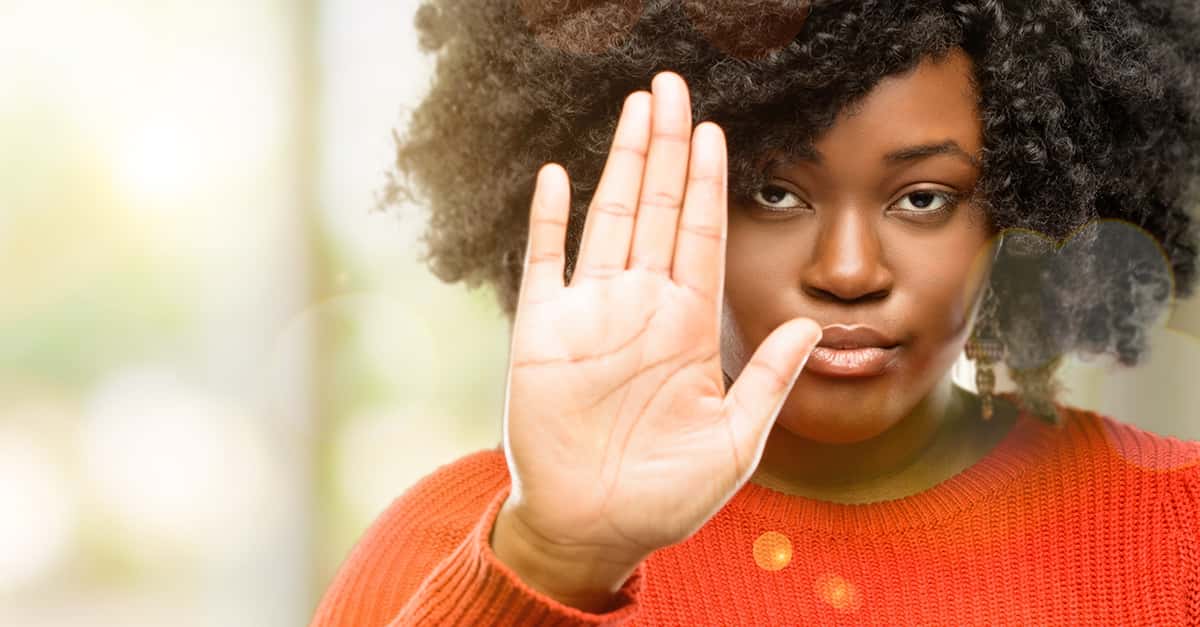 The Most Satisfying ‘No’ That People Have Ever Said