The Merry Gang: The 17th Century’s Most Offensive Gentlemen

The Merry Gang: The 17th Century’s Most Offensive Gentlemen

Let me set the scene: England had just endured a decade of Puritanical rule under Oliver Cromwell. It was a huge bummer. But now, the debaucherous King Charles II was back on the throne, and the nation was ready to let its hair down. And who was going to lead them to this new era of moral bankruptcy? They were called the Merry Gang, and they were a bunch of animals.

The Age Of Repression

Hoo boy, Ol’ Cromwell would have rolled in his grave if he could have seen what happened after his death. Well, he would have if King Charles II hadn’t dug him up and beheaded him to make himself feel better. Cromwell closed England’s theatres, oppressed the arts, and basically made life a downer for everyone around. He was the old guy in Footloose—and Charles II was Kevin Bacon. As soon as Cromwell was dead and Charles took over, the pendulum swung hard in the other direction.

Cromwell wanted reserved, pious, and proper Brits. He accidentally made them so repressed that as soon as he was gone, all that energy came out in an era of truly ludicrous hedonism and immorality.

People called Charles II the Merry Monarch because of his fondness for arts, drink, and women. After the stiff and mannered Cromwell, this new king kept a wild and lively court and fathered at least 12 illegitimate children. It’s like Rodney Dangerfield became president after Ronald Reagan. But, for all his merriness, Charles was still the King of England. He couldn’t go too crazy. His courtiers, on the other hand, were a different story. They could go absolutely nuts—and yes, they sure did.

The Merry Gang were the highlight of Charles II’s court. They followed Charles’ lead—and took it about 1,000 steps further. They entertained themselves with witty conversation and writing offensive comedies. These men loved nothing more than sleeping around and drinking profusely. The infamous Earl of Rochester, who wrote the unbelievably obscene play Sodom, was the most iconic figure in the group. But don’t get it twisted: Each and every member of the Merry Gang could compete with him in terms of sleaze.

You Don’t See That Every Day…

One night, three of the Merry Gang—Sir Charles Sedley, Lord Buckhurst, and Sir Thomas Ogle—ripped off all their clothes on an alehouse balcony and simulated intercourse to the shock and horror of the onlookers below. As if that wasn’t enough, Sedley then made an obscene speech to the crowd before—and I’m serious here—he dunked his bare member in a glass of wine, then drank out of it, toasting to the King’s health.

This is the kind of character we’re dealing with here.

The infamous stunt on the balcony caused an actual riot and widespread condemnation from the powers that be. The Lord Chief Justice himself declared that wretches like Sedley were the reason “that God’s anger and judgment hang over us.” Obviously, that kind of pearl-clutching and hand-wringing follows pretty much every countercultural movement—but jeez, he drank from the wine? I almost get it this time…

Obscene writing, public urination, nudity, and overall indecency, the Merry Band were…a lot. But here’s the thing: These guys were actually respected artists, politicians, and philosophers. While sober and clothed, Sir Charles Sedley was an active and effective member of Parliament. Contemporaries called the Earl of Rochester “the best English satirist” and one of the greatest Restoration writers, despite succumbing to a venereal disease at just 33 years old.

Rochester might be the most famous, and Sedley might be the most debauched, but maybe no one typifies the Merry Gang quite as well as George Villiers, 2nd Duke of Buckingham. Called the Alcibiades of the 17th century, Villiers was every bit as deranged as his buddies. His womanizing and drinking were infamous. He was prone to ripping off his fellow lords’ wigs and fighting in duels, and he enjoyed more than one stay in the Tower of London thanks to his antics.

But the thing is, people loved George Villiers! A powerful and important statesman, even his critics had to admit that the guy was likable. His good-natured personality, his brilliant wit, and his unmatched style were undeniable. Moral conservatives wanted to hate him, but they just couldn’t. You could say the same about most of the Merry Gang. They relished in every social faux-pas in the book, yet they were generally decent, affable, and interesting people.

An Age Of Debauchery

That was the Merry Gang in a nutshell. They were an absolute mess. Their obscenities wouldn’t fly on even the most sordid HBO series today. They partied, slept with anything that moved, and tried their hardest to write the most shocking, offensive material possible. And yet, did their moral bankruptcy destroy England? Of course not!

Oliver Cromwell took over the country in the hopes of making it an austere, moral bastion of religious piety and temperance. He ended up forging the exact opposite. His iron-fisted rule made the people beg for a return to the monarchy, and set the stage for men like Rochester, Sedley, and Villiers to perform wanton acts of public obscenity the likes of which England had never seen before.

So good work, Oliver. We wouldn’t have it any other way. 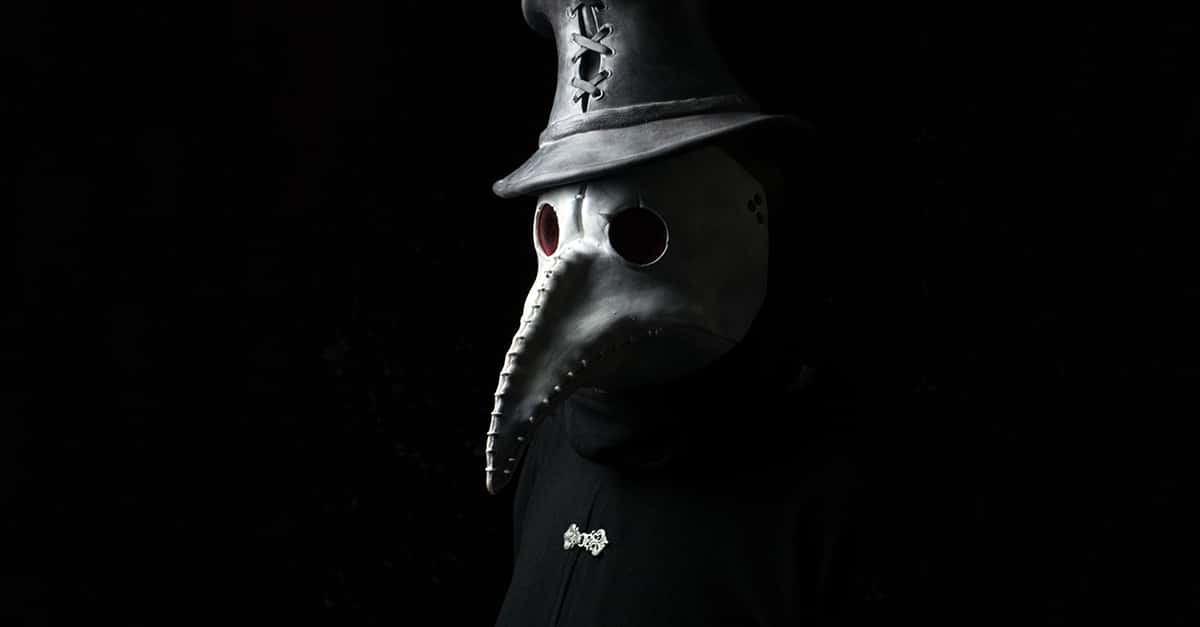 40 Bubonic Facts About The Black Death