6. Mission: Impossible – Ghost Protocol: The One With The Burj Khalifa

Now, don’t get me wrong. Tom Cruise scaling the world’s tallest building is one of the most iconic action sequences in the whole M:I series. But one scene does not a two-hour film make. From the very first M:I movie, Ethan Hunt has always found himself in the middle of situations where the IMF or his government suspects him of a terrorist plot or disavows him completely. I guess when it came time to write Ghost Protocol, they chose to really lean into it. It’s dusty. It’s explode-y. Jeremy Renner struggles to have any sort of presence on screen.

With the exception of a few—or, let’s face it, just one—memorable action sequences, Ghost Protocol is something of a dull addition to the series. The motivations for most of the characters just aren’t really compelling. In M:I III, the supporting cast elevated the film, but in Ghost Protocol, it drags it down.

Rogue Nation isn’t bad. It’s a perfectly fine film. It works to continue the narrative from Ghost Protocol and builds a bridge from that film to the excellent Fallout. Finding flaws feels nitpicky. Does Jeremy Renner’s character still fail to impress? Yes. Are the action scenes occasionally unoriginal (more on that below)? Yes. Is the addition of Alec Baldwin’s character grating? Also yes. But most damning, it all adds up to an underwhelming total package that its better parts can’t redeem. Those would of course be both the underwater sequence and the introductions of Ilsa Faust and Solomon Lane—two examples that prove I’m not a total wet blanket.

During this era, many of the set pieces of spy thrillers were shuffled through the big franchises—the Missions, the Bournes, and in this particular example, the Bonds. Seven years after Quantum of Solace came out and Bond beat up a henchman on the backstage scaffolding of a production of the opera Tosca, Ethan Hunt did basically the same thing in Rogue Nation.

4. Mission: Impossible III: The One With The All-Star Cast

For two movies, Agent Hunt didn’t really have a life outside of IMF missions. Even when he went on vacation, it was to climb towering cliffs alone. For M:I III, the writers took a gamble and tried to add some nuance to the character and let him live a real life. It paid off, with kudos due to Michelle Monaghan, who plays Hunt’s regular person, non-spy fiancé, Julia Meade.

The scenes of Ethan and Julia living their somewhat normal life give the audience a bit of room to breathe after the frenetic pace of its predecessor. Similarly, the all-star cast erases, to a certain degree, the cartoonish quality of the film that came before. But at the same time, the cast may be more memorable than the plot itself. Luckily for us, its breakout stars, like Michelle Monaghan and Simon Pegg, returned to the franchise for more.

3. Mission: Impossible 2: The One By John Woo

Is the plot good? Ehh. Is the villain so cartoonishly evil that it’s impossible to take him seriously? Yes. Does it matter? Absolutely not. I won’t lie: Without a prior appreciation of the work of John Woo, it can be hard to get into or enjoy Mission: Impossible 2. When it comes to Woo, everything is heightened—especially the action and the melodrama. This film is memorable for the sheer amount of times one character pulls off a rubber mask, revealing themselves to be another character. But if you can overcome any ingrained notions of good taste, you’re in for a treat.

M:I 2 is a product of its time. From Tom Cruise’s hair and sunglasses in the opening montage where he’s free soloing, to the Limp Bizkit version of the theme song, it has a distinctly gaudy year 2000 aesthetic. It was probably deeply painful to watch in the mid- to late-2000s, but now, two decades later, it’s a perfect time capsule.

John Woo’s style may not be for everyone, but there’s one thing that can’t be denied: The man knows how to do an action scene. It’s in this installment that the action sequences reach their trademark fever pitch, leaving the audience with barely a moment to catch up in between. The culmination features Hunt and the film’s villain in an interminable car chase/fight scene, all while a clock counts down to a potential disaster. It is awesome—and writers would reuse the time-crunch conceit in subsequent installments to great use.

2. Mission: Impossible: The First One

Compared to the relentless action that marked every chapter in the franchise that followed it, the first Mission: Impossible is a quiet stroll in the park on a Tuesday morning. With that said, it’s far from boring. It’s more just that it reflects the pacing of other action movies of its time. The original is simply a great way to pass a couple of hours, and it features two of the most memorable scenes of the franchise.

First, there’s the chewing gum/fish tank explosion scene. For the scene in which Ethan Hunt detonates an explosive in a restaurant, director Brian De Palma originally used a stunt double. However, the scene didn’t satisfy De Palma, who then asked Cruise if he’d like to give it a go. There was a huge danger that the flood of water could drown the star, but Cruise said yes—and the rest is history.

This film, of course, also features the famous scene where Hunt hangs from the ceiling at the CIA headquarters in order to steal the non-official cover list that the plot centers around. While it’s markedly different from the rest of the franchise, it’s nevertheless extremely entertaining and sets the stage for the films that followed.

If I could, I would simply attach a GIF of Henry Cavill cocking his fists like they’re guns in order to prove my point that Fallout is the best M:I. The story is superior, the additions to the cast stand up well to the holdovers from previous films, and the action sequences are relentless and unforgettable.

The film could’ve basically ended three-quarters of the way through, but the writers raised the stakes 1000% percent when—spoiler alert—we learn that Solomon Lane has planted the two nuclear devices at the very medical camp where Hunt’s ex-wife Julia works. Tearful reunion! While making the final action sequence yet another race-against-the-clock conceit could be tired at this point, the heightened risk makes it all work. It’s fun, it’s fast, and all our old friends are together again. What’s not to like? 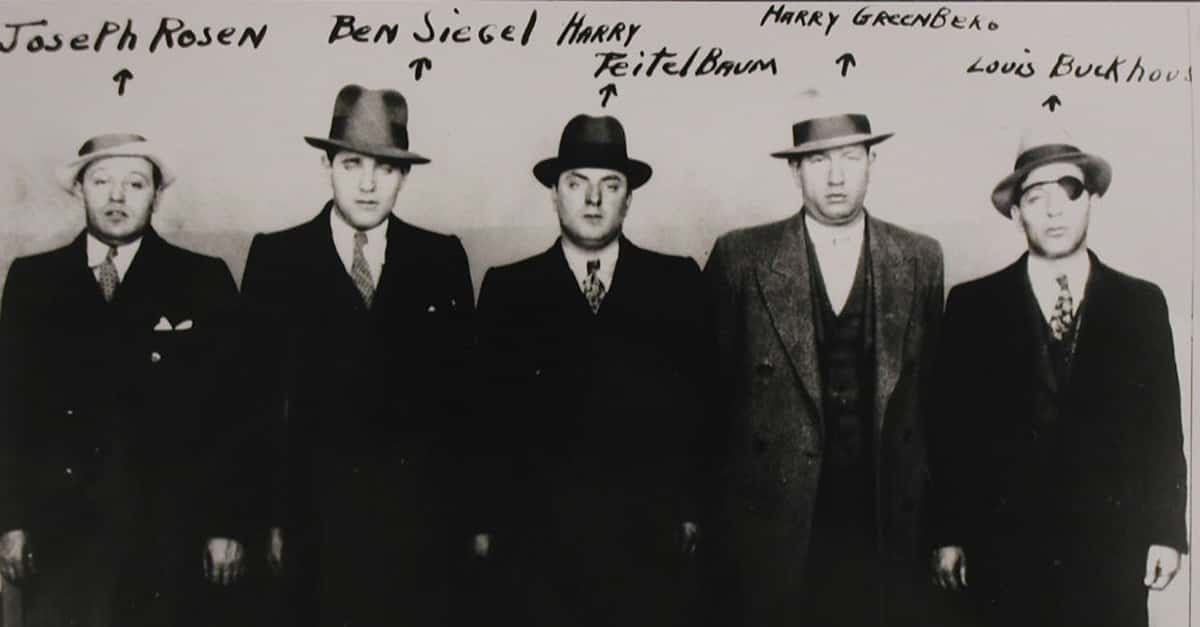 Lawless Hollywood: The Sordid Origin Of The Sunset Strip