By the fall of 1925, Josephine Baker was the Queen of Paris. Every night at the Theatre des Champs-Elysees, the luminaries of café society would watch as the 19-year-old beauty danced and sung in her banana skirt. Famed writer Ernest Hemingway dubbed her “the most sensational woman anyone ever saw,” and Pablo Picasso was desperate to paint her. Modernism was in full swing in France, and the young black performer’s exotic, sensational danse sauvage quenched the early twentieth century’s thirst for otherness, non-Western forms of art, and subversive beauty.

Baker’s name became synonymous with this period in history, with the dim-lit cafes, difficult artists, and violent pleasures of the Roaring Twenties. Yet she lived and even thrived beyond this moment, away from the male gazes that sought to turn her into a fixed, aesthetic object. She was no passive, eternal muse for men. She was, all at once, a seductress, spy, activist, and mother. Indeed, she often straddled two worlds—black and white, fame and poverty, devoted mother and injured daughter—and knew how to move between these realms, continually struggling with the very exoticism and aesthetic otherness that catapulted her to fame. She was, until the very end, a dancer: fluid, alluring, and always moving.

Born Freda Josephine McDonald in St. Louis, Missouri, even Baker’s early life existed on a threshold. Although Josephine’s mother Carrie allowed her to think that her father was Eddie Carson, a vaudeville drummer, evidence suggests her biological father was an unknown white man. Baker’s son Jean-Claude extensively researched his mother’s background, and he too believed her father was Caucasian. Even so, this was an unspoken truth in the family, and he admitted that: “I have unraveled many mysteries associated with Josephine Baker, but the most painful mystery of her life, the mystery of her father’s identity, I could not solve. The secret died with Carrie, who refused to the end to talk about it.” Baker’s liminal, secretive identity as a mixed-race woman created a rift between Josephine and Carrie that would only grow as the years went on.

Eddie and Carrie had a vaudeville act, and played gigs wherever and whenever they could around St. Louis, occasionally bringing the baby Josephine on stage. Taking her parents’ lead, Baker soon began dancing on street corners—but the precarity of their work also followed, and for a time she lived as a street child, in and out of work, rooting around garbage cans for food. But Josephine was a dreamer. By the time she was 13, she had already been married and divorced, before meeting and again marrying Willie Baker at the tender age of 15. Although she would divorce him too, in 1925, she kept his last name all her life.

Still seeking out the glittering spotlight, Baker moved to France in the 1920s to devote herself to working as a dancer. Almost overnight, she became the toast of the town, and young men roamed the Paris streets dreaming of her lithe body dancing the Charleston while (barely) clad in bananas, boa feathers, and diamond chokers. She received film deals, recording contracts, and live performance slots all around Europe, though she learned to call France her home and became a French citizen in 1937. She indulged fully in the high life: her pet cheetah Chiquita, complete with a diamond collar, even went along for car rides with her and slept in her bed.

Fame fit Baker like a glove, but it itched. So when France declared war on Germany in 1939, she began using her renown for social betterment, becoming a spy for French Military Intelligence with the Deuxieme Bureau. Always adept at moving, Baker slunk through High Society, taking advantage of her connections and invitations to gather intelligence from officials at parties and midnight soirees. Later, she used her touring schedule to glean further information, writing notes in invisible ink on her sheet music or hiding secret photographs of German fortifications in her underwear. For her work in the French Resistance, she received the Croix de Guerre and the Rosette de Resistance at the end of the war—but the end of the conflict did not bring an end to her work.

I Have a Dream

For all her fame, Baker could not forget her roots or her race. Her mother Carrie had never approved of her daughter’s erotic dancing, and was particularly uncomfortable with the blackface comedies she had often performed early on in her career. Indeed, it was her strained relationship with her mother that sent Josephine packing to France in the first place. Perhaps Baker thought back to this in the 1950s when, as she returned briefly to America, she began to experience explicit, unvarnished racism. She and her fourth husband Jo Bouillon were refused at 36 hotels due to racial discrimination, and she was then refused service at the famed Stork Club in Manhattan (on this occasion, none other Grace Kelly jumped to her defense and stormed out of the club with her).

She was also acutely aware that her cabaret audiences were segregated. White men and women were paying handsome sums to see the beautiful, exotic Josephine Baker on stage—but only if her black brothers and sisters were separated from them. In response, Baker refused to perform for segregated audiences, and forced many clubs to change their implicit or explicit racial policies. She began to work closely with the NAACP and the Civil Rights Movement, and was the only official female speaker at Martin Luther King Jr.’s 1963 March on Washington—though, true to her lifelong liminal status, many activists worried that her salacious past was detrimental to the movement. Even so, when King was assassinated, his widow Coretta Scott King asked Baker to take over for him. She only declined after much thought, saying that her children “were too young to lose their mother.”

In her later years, it was at these children that Baker looked to find solace, hope, and the way forward in an inhumane world. Throughout the course of her life, she adopted a literal dozen children, two daughters and ten sons, all from varied backgrounds. She named them her “Rainbow Tribe,” and intentionally raised them individually into a melange of religions, for example teaching one child in the Muslim faith and another in the Catholic tradition. Just to complete this eccentric, storybook quality, she even lived with them in the enormous Chateau des Milandes in France, and often held tours where visitors could see The Tribe on display.

Motherhood, however, was not a success: her son Jean-Claude noted bitterly that, “she wanted a doll,” while another son, Akio, said mildly, “She was a great artist, and she was our mother. Mothers make mistakes. Nobody’s perfect.” For Baker, her children were examples of what humanity could be—without racism, without religious cruelty, without, perhaps, the emotional scars she and her mother inflicted on each other. She had done so much palpable good during the War and after, why couldn’t it continue? That she could not fully heal the world, or herself, through motherhood does not discount her effort or her passion for the principles of love and acceptance.

In the end, Josephine Baker got her love and acceptance back tenfold. In April 1975, she returned to the stage for Josephine a Bobino 1975 to celebrate her 50 years in the spotlight. Her old friend Princess Grace Kelly financed the revue, along with Kelly’s husband Prince Rainier and Jacqueline Kennedy Onassis. Its opening night was an unbridled success, garnering adulation and acclaim and filling the theater to burst with celebrities like Sophia Loren and Mick Jagger.

But mere days later, Baker was found unresponsive in her bed, surrounded by newspapers heralding her triumphant return. She had suffered a cerebral hemorrhage, and later died in hospital at the age of 68 on April 12, 1975. Her life had been winding and complex, but she had moved fluidly through it like the performer she was to end where she began, or nearly. She was older, wiser, and perhaps a little harder, but she also died loved, adored, and remembered—not as a still, beautiful object but as a whole woman. 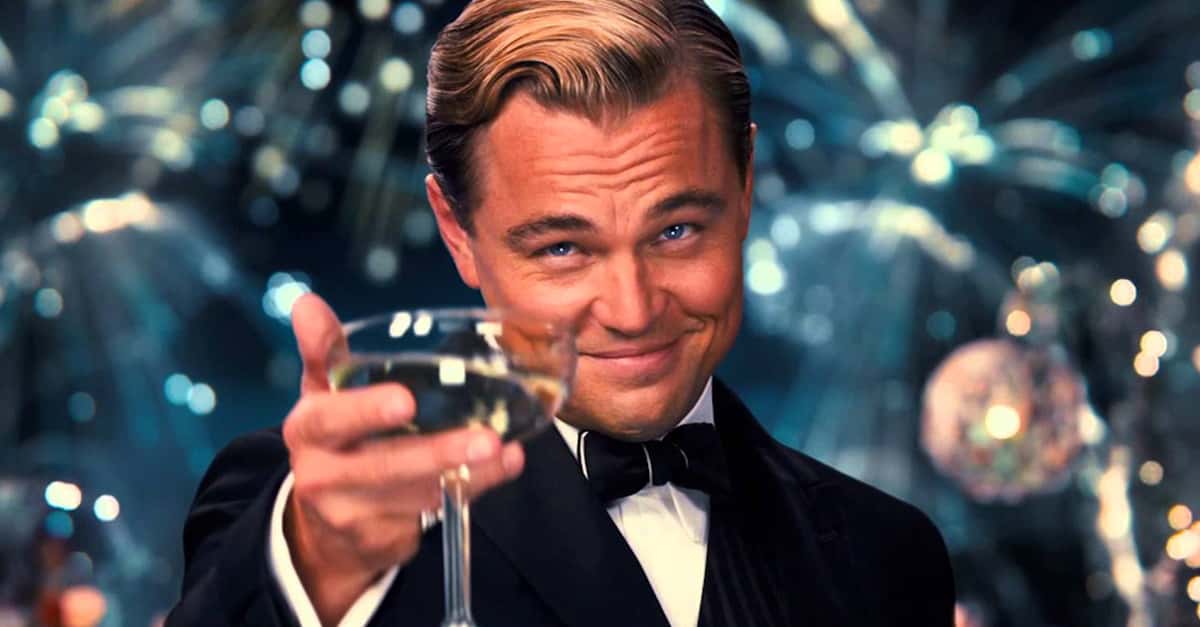 Landmark Facts About The Roaring Twenties