For eleven minutes at a time, Joe Pera helps me feel my soul grow back. The alt comedian’s television show Joe Pera Talks With You transforms the Upper Peninsula of Michigan into an oasis of gentleness and calm, full of backyard campfires, trips to the grocery store, and school choir concerts. Pera’s Michigan is a place where slow and steady reigns supreme and community trumps individuality. Against the backdrop of the fast-paced 21st century and late-stage capitalism, the gentle world of Joe Pera Talks With You is restorative.

The premise of Joe Pera Talks With You is simple: In each episode, Pera introduces himself and, drawing on his day job as a teacher, outlines his lesson plan for the next 11 minutes. In one installment, Joe teaches us about “warm apple nights” (the quiet joy of sitting near a fire and roasting an apple wrapped in tin foil). In other episodes, we go on a fall drive, dance to The Who, and explore the four phases of watching fireworks (1. Wow. 2. Thinking About Fireworks. 3. Thinking About Ex-Girlfriends. 4. Wow, Part II).

A season two standout sees Joe and his girlfriend Sarah watch increasingly bizarre YouTube videos for an entire night. Another accompanies Joe as he waits for the end of his Nana’s hair appointment and imagines hairstyles for himself—including “super sayan”. Each season’s finale declines cliff-hangers, instead reaffirming the show’s core values (patience, kindness, and oddball humor) with slightly larger budgets. Season one concludes with snowmobiles, season two takes viewers to the bright lights of the Milwaukee fashion scene, before returning home and teaching us how to pack a lunch.

The person at the center of this tender world is Joe Pera. Though he seems like a healthy 30-year-old man, viewers should remember that appearances can be deceiving. Pera speaks slowly, walks like an elderly gentleman, and dresses “like a priest who snuck out of the seminary on a Saturday night trying to blend in at the local bar and grill” (his words).

A strange hybrid of Mr. Rogers, Boo Radley, and Mitch Hedberg, Joe Pera is mild-mannered and unassuming in the way that only self-assured people can be. Pera understands who he is and what he values, and he’s genuinely curious about how other people experience life. Getting to share his generous, thoughtful mindset is the show’s greatest pleasure.

The People of the Upper Peninsula

Because Pera has a grip on his own psyche, he spends most of his time finding wonder in the world that surrounds him. He thinks intensely about what to order for breakfast at the diner. He creates custom planters so that he can grow a pristine bean arch. Most importantly, he is excited to meet people and learn about the way they live—from Brad Cam, the hammy best man at a colleague’s wedding, to Lulu, the taciturn wife of Joe’s friend Gene, to Sarah, a sweet conspiracy nut with a fortified basement.

After a somber season two plot point, the penultimate episode takes a cue from Pera’s inquisitive nature. Instead of focusing on the main character’s feelings, the show explores a nearby family. What Pera learns by the end of the episode is that thinking seriously about other people’s experiences can help him understand the challenging parts of his own life. Even though his personal growth isn’t the point of any given interaction, chances are that if you’re paying attention, you’ll be changed—hopefully for the better—by the people you know.

Pera can, at times, be naive and to the show’s credit, it doesn’t pretend otherwise. He plans a surprise Rat Race-style competition and is shocked when acquaintances can’t interrupt their lives to play along. He obsessively researches the rats that plagued Alberta in the 1950s. When Gene’s wife Lulu goes on a cruise, Gene and Joe decide to spend the week role-playing as French Canadian fur trappers, shutting off their phones and making pemmican on a white rug. Pera’s open-mindedness is charming, though he can also escape into his own world to an absurd degree.

Towards the end of the first season, the show hones in on Pera’s tendency to over-extend his imagination. As Sarah points out, Joe doesn’t live in a utopia. The world is dangerous and frightening, and as extreme though her paranoia may be, it’s rooted in very real problems. At the same time as Pera’s idealism opens up certain parts of his world, might it also avoid others?

As the show continues, viewers see that both Pera and Sarah have valid approaches—and what’s better, that they can learn from each other’s perspectives. In the second season, an especially tender episode sees Pera soliloquize on lighthouses and, in the process, grapple with his relationship. In difficult times, how can Pera contribute something meaningful to his partner, especially when Sarah is so self-sufficient?

Even though Pera stresses utility and real-world problems, by the end of the episode when he walks over to Sarah’s house, she emphasizes the opposite. Pera doesn’t need to bring a tool to be helpful to her. His presence is more than enough. The pragmatist and the idealist have learned from each other, each tempering their personality without losing their individuality. In other words, they’ve grown together. Importantly, they’ve done so because Joe Pera Talks With You takes place in a community that values attentiveness, openness, and a willingness to be molded by your surroundings.

While Joe Pera Talks With You doesn’t read as a fantasy, this strange little show is otherworldly. For viewers enmeshed in the fast-paced 21st century, watching Pera feels like entering another dimension—one characterized by thoughtful intention rather than panicked reaction.

After years of TV comedy filled with zippy quips (30 Rock, Parks and Recreation) and deadpan humor (Curb Your Enthusiasm, Arrested Development), Pera’s sentimentality and slow pace add something new. While the show isn’t a blockbuster just yet, Joe Pera Talks With You is a beloved cult hit, with a devoted Facebook group, fan art on Instagram and Tumblr, and admiring essays, like this one, popping up in various corners of the internet.

Pera’s influence suffuses his admirers. The Facebook group is unfailingly polite and pleasant. The art is mellow and warm. The essays are thoughtful and generous. Fans want to bring a part of Pera’s gentle world into their own lives. A show couldn’t ask for a higher compliment. 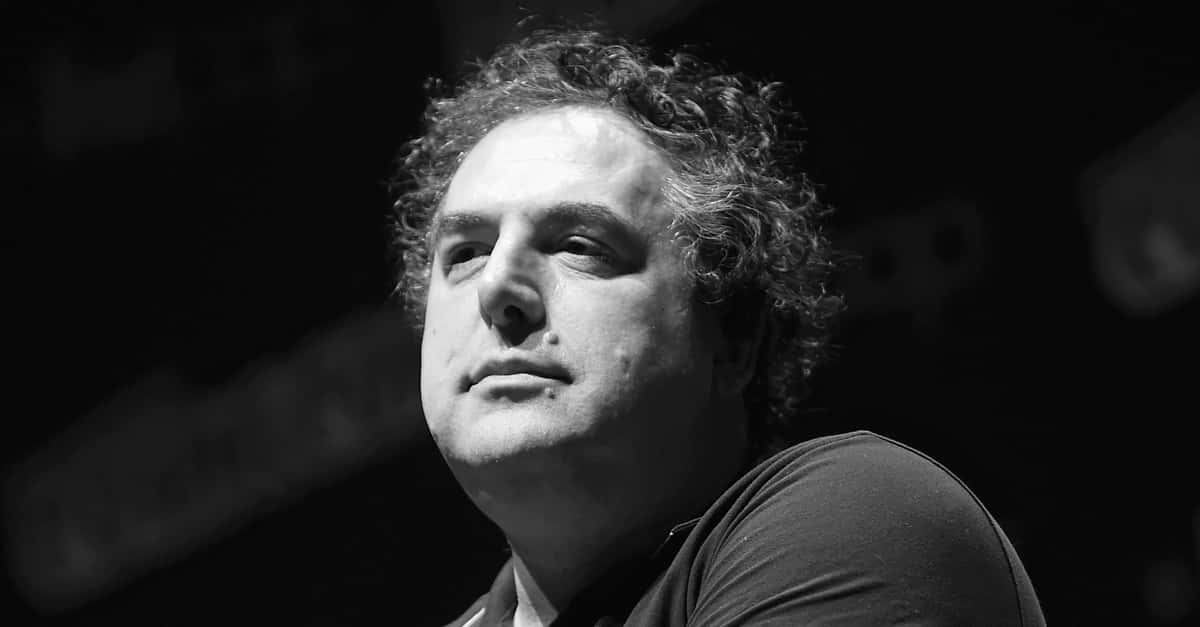