Some legends are so weird that they endure nearly 1,000 years later. Such is the case with the story of the green children of Woolpit. Two strange children appear out of nowhere, afflicted by a strange condition that makes their skin—you guessed it—green. From there, the story only gets more bizarre. But was this legend simply a product of a creative storyteller, or is there more to it?

Out Of The Wolf Pit

This all took place in the village of Woolpit, England, in the 12th century. The village’s name came from wolf pits, a type of trapping pit dug into the ground—which, coincidentally, is where the story begins. During the harvest, villagers discovered a pair of children in one of the pits. Their appearance was shocking. Both the boy and the girl, who seemed to be siblings, had green skin and strange clothing. They communicated with each other in a language that was unknown to the villagers.

A local man named Richard de Calne took them home, and there, the mystery deepened. Neither child would eat for days. Finally, when one of them spotted a bunch of raw broad beans, they devoured them. As the months wore on, the green of their skin began to fade, and they adapted to eating other types of food. Then, tragedy struck. The boy fell ill and died. But, as his sister learned English, she was finally able to reveal what she remembered about their mysterious past.

While her brother died young, Agnes went on to live a full life, working as a servant in de Calne’s home before eventually tying the knot with a royal official. But how to explain her fantastic story?

There are two camps when it comes to interpreting the story of the green children. One places the tale solely into the category of legend or folklore—and with the amount of unusual if not impossible details, it’s easy to see why. The story actually has a lot in common with other folktales from that time and place. Celtic literature included stories of green spirits, and many English folktales featured inhabitants of a lower world. The motif of the cave, and the story of getting lost in one and emerging somewhere completely different is not unique to the green children.

The story has much in common with the traditional English children’s tale of the “Babes in the wood,” where two children survive a poisoning attempt and escape from their uncle, the perpetrator, in the forest. Those examining the story of the green children from a more modern perspective have pointed out the type of extraterrestrial beings who have green skin, suggesting the children could have come from another planet. But what if there was a different explanation—one rooted in the history of the area?

There are a number of disparate factors that, if we were to put them all together, could provide an explanation for the origin of the green children. One has to do with the time. During that era, a large number of Flemish immigrants came to England, despite the fact that they faced persecution by King Henry II. Many believe that the children were Flemish, and that their parents had perished due to the persecution. Their home of “Saint Martin” could have referred to a nearby town named Fornham Saint Martin. This would mean that the bells they heard, which they identified as sounding like those of Bury St Edmunds, could have in fact come from that area.

Since there were far fewer Flemish immigrants in Woolpit than there were in the surrounding areas, their dress and way of speaking might have seemed especially strange there. But what about the green skin? This could be attributed to chlorosis. It’s a type of deficiency in which the skin may take on a greenish tint as a result of a poor diet. It might explain why the children’s skin went back to normal when de Calne took them in and fed them. Another version speculates that the children had arsenic poisoning, and like the tale of the “babes in the wood,” that their caretaker had dumped them in the forest, hoping they’d die.

These versions of events fit together in a much more rational fashion than the fantastic tales of extraterrestrials or subterranean twilight worlds. Nevertheless, both interpretations have persisted, trickling down to us, approximately 850 years later. There’s no way of knowing the truth—but when a story is this strange and compelling, does it really matter? 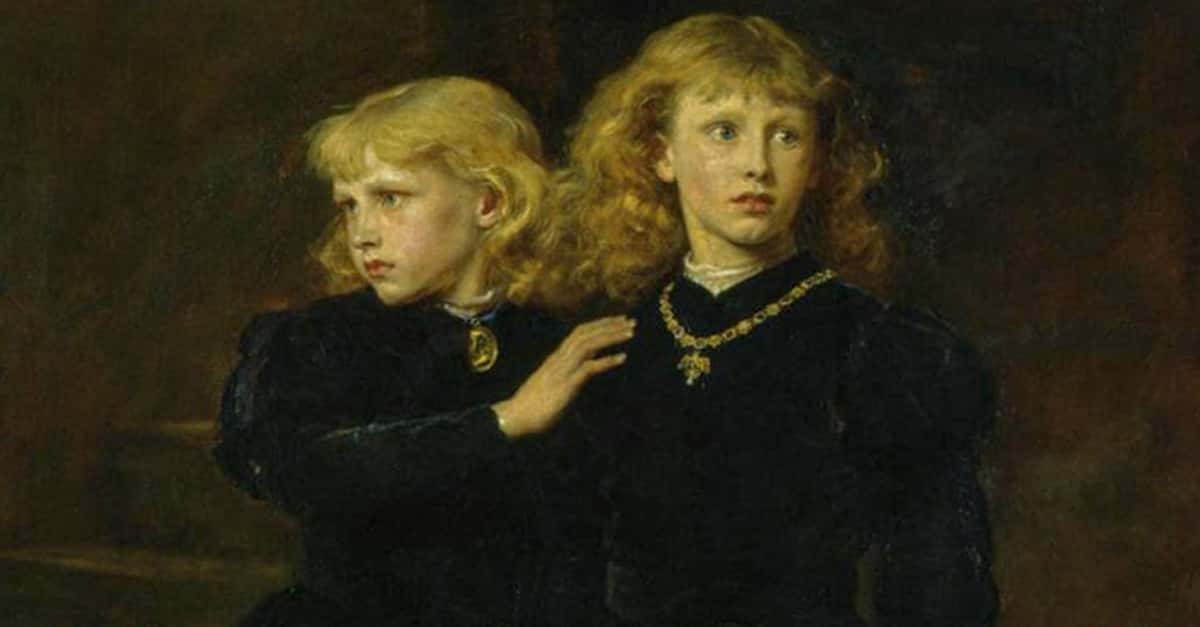 The Princes In The Tower: History’s Greatest Cold Case