History is full of disgusting little anecdotes, from medieval laundry detergent (ash and human urine) to bloodletting to Louis XIV’s boar bile enemas. But perhaps none are as gross or as memorable as what happened in Erfurt in 1184. How did such a large number of nobles come to die in such a terribly gruesome accident? It’s called the Erfurt Latrine Disaster—but there’s a lot more to the story than just the disaster itself.

The Medieval Hatfields And McCoys

Considering the structure of power in the Holy Roman Empire at the time, feuds between nobles were not uncommon. After all, it comprised both feudal lords and religious officials, who’d often butt heads over what each considered their powers and rights—not to mention all the feuding within their own ranks. One man who was familiar with both types of feuds—in fact, with all kinds of feuds—was the Landgrave of Thuringia, Louis III. He fought for power in his own territory, against neighbors, and basically whoever else got in his way.

One of Louis III’s many foes was the Archbishop of Mainz, Conrad Wittelsbach. Though not quite as aggressive as Louis, he was stubborn as a mule. Even when he was removed as Archbishop in 1165, he refused to accept it and continued to claim that he was the true Archbishop. When his rival for the title died, he just took up the mantle again. So, for those counting, we’ve got one combative guy and another seriously hard-headed one. It was a Medieval feud to remember.

The More The Merrier

The feud between Landgrave Louis III and Archbishop Conrad had not only lasted for years, but it had also escalated to the point where it caught the attention of Henry VI, King of Germany. As the son of the Holy Roman Emperor, he had a rap sheet pretty similar to Louis III. He’d spent his formative years on the battlefield but he had gotten into the diplomacy game, trying to smooth out the petty squabbles that threatened his family’s rule. When the feud between Louis and Conrad became too disruptive to ignore, he decided it was time to squash the beef.

Henry was already passing through Thuringia on the way to deal with a campaign against Poland, so he arranged for a Diet (AKA a deliberative assembly) to take place where they could solve all their issues. And, while he was checking things off his to-do list, he decided “the more the merrier” and invited every noble from across the Holy Roman Empire. The event would take place at the Petersberg Citadel, a fortress In Erfurt, the capital city of Thuringia.

So, in July of 1184, a significant number of nobles from all across the Holy Roman Empire gathered in Erfurt—not knowing what a gruesome fate awaited them. On the 26th, they mounted the stairs to head to the second floor where negotiations would take place. King Henry VI took his place in a small stone alcove, and the hall filled with many of the most powerful figures in the Holy Roman Empire. Then disaster struck.

Their combined weight caused the wooden floor to collapse—but that’s not all. Unfortunately, the floor on the first floor also crumbled like a cookie as everything hit it. And what was beneath it? Well, that’s the worst part of all. The basement contained the building’s latrine system…and the cesspit that collected all of the human waste. The consequences were devastating.

Some died in the fall—and honestly, we’d consider those the lucky ones. Others who had survived the collapse tried to make it out of the cesspool—but few knew how to swim. Yes, that means that they drowned in human excrement. The incident came to be known as the Erfurt Latrine Disaster.

The official estimate for the casualties from this disaster was about 60 nobles, but other sources posit that it may have been closer to 100. And—irony of ironies—the three people at the center of the feud all survived. Luckily, Landgrave Louis and Archbishop Conrad both made it out alive, while Henry VI sheltered safely in that stone alcove, which didn’t collapse.

To add insult to injury, prior to the disaster, the King apparently was a frequent user of the phrase “If I fail, so may I die in excrement”. If his words were any indication, he was a successful leader. 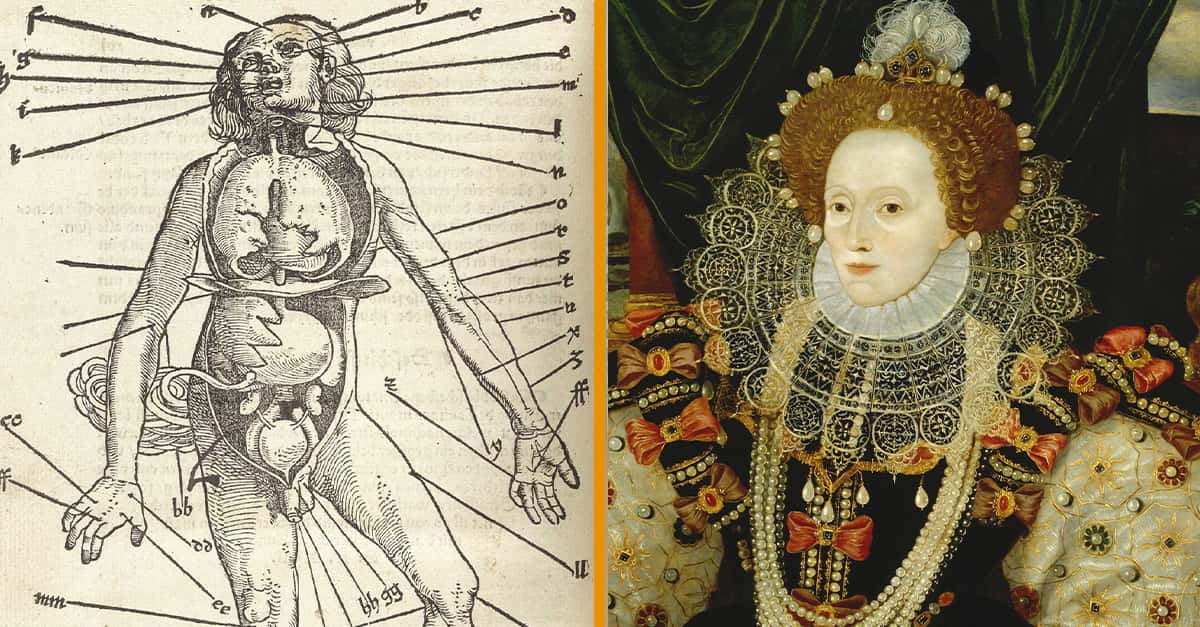 Gross Facts About History’s Nasty Past