Even centuries after its catastrophic collapse, Ancient Rome still looms large. We learn about it in school, we visit the Colosseum and the Parthenon, heck, half the language I’m writing in has its roots in Rome. When we talk about history’s great civilizations, Rome usually sits on top. But it wasn’t always on top. Take, for example, the Battle of Cannae.

For over a century, Rome and Carthage were the Lakers and Celtics of the Mediterranean. Carthage rivaled Rome in almost every sense—in culture, in commerce, in warfare—and it came within a hair’s breadth of throwing Rome into history’s dumpster. I’m talking about the Battle of Cannae, one of the most ludicrous, embarrassing, and devastating defeats in history. Our old pal Hannibal Barca, Hannibal the non-cannibal, made the greatest military force the world had ever seen look like a bunch of children.

Most of us know the start of this story. Hannibal took a bunch of soldiers, a bunch of elephants, and went the long way round, crossing the Alps into Italy. See, Carthage was just a hop, skip, and a sail across the Mediterranean from Rome. They were also a naval powerhouse. Rome assumed any Carthaginian threats would come by sea.

They fortified their coasts—then suddenly looked behind them and found Hannibal and those elephants in their midst. Not their proudest moment. They’d been caught with their pants down, and now they had a to deal with the fox tearing through the henhouse.

Fabius Had A Plan

Enter a guy named Fabius. The Romans put Fabius in charge of dealing with said fox, and he had a pretty darn good plan. Sure, Hannibal had made it into Italy, but now he had nowhere else to go. The Roman Navy still blocked off the coast, so it wasn’t like he’d have an easy time getting supplies or reinforcements. The answer is simple: We wait him out.

Fabius planned to just make Hannibal’s life as hard as possible. Don’t fight him, just make sure no supplies get through to his army, and eventually, he’ll have to give up. After all, Rome had the home-court advantage. Sounds like a pretty good plan, right? It was—and the Romans absolutely hated it.

The Romans Wanted A Fight

What you have to remember is, Romans had an extremely high opinion of themselves—in general, but especially their army. Fabius’s plan to deal with Hannibal wasn’t the Roman way. They had to defeat their enemy on the field of battle! Nothing could possibly stand in the way of their mighty legions! Well, except maybe…

Rome talked a big game, and yeah, they had the armies to back it up, but there’s one thing they didn’t count on: Hannibal Barca was one of the most brilliant tacticians the world has ever seen. If Rome didn’t know it yet, they were about to find out.

Varro Was Out for Blood

So the Fabian strategy was working out pretty well, but the Romans were starting to get restless. Hannibal was still strutting around Italy, mocking them, and they had yet to defeat him in glorious battle. Eventually, Fabian’s number came up, and Rome decided to go a different direction. If only they’d known where that new direction would take them.

Fabian was out, and the Romans brought in fresh blood. Varro and Paullus became co-consuls, and they had a slightly more direct strategy in mind: Let’s just make the biggest dang army the world has ever seen and wipe the fool Hannibal off the map. Ok, fine, it sounds like an alright plan—but the bigger they are…

The Romans Gathered Their Biggest Army Ever

Varro was especially obsessed with defeating Hannibal, and he essentially dragged Paullus across the Italian countryside before they finally cornered Hannibal at Cannae. On paper, things look pretty darn good for the Romans. Their army of 86,400 men—the largest force ever assembled by that point—outnumbered Hannibal’s by over 30,000. It should have been simple. It was anything but.

Hannibal was hugely outnumbered, in unfamiliar territory, with an army he’d dragged across the Alps two long years earlier. He knew he had to pull out all the stops, and even then his chances were slim. So he went for it.

Hannibal Was A Genius

Hannibal found every single advantage he could and exploited it. He lined up his men facing west, so that the Romans would have to fight with the sunrise cutting into their eyes. He put the wind at his back, so dust would blow into the Romans’ faces. Hannibal knew his army inside and out and meticulously placed each unit to best suit their strengths.

Meanwhile, the bloodthirsty Varro basically just put his men into a massive straight line. Not a lot of creativity there, but he figured his massive army couldn’t lose. Titanic, meet Iceberg. It was not pretty.

The battle was an unequivocal disaster for Rome. The center of Hannibal’s line feigned a slow retreat, and the Romans pushed forward and forward—until they’d sprung Hannibal’s trap. The great roman legionaries thought they were winning, but they didn’t realize they had essentially allowed themselves to be surrounded.

The death knell sounded when Hannibal’s elite cavalry decimated the Roman horses and swung around behind the Roman infantry. Varro’s great army had been forced so close together that they could barely move—and now they had enemies on all sides. From that point, the Carthaginians were essentially shooting fish in a barrel. It was hellish.

One historian wrote that 600 Roman soldiers were cut down every minute for hours until the sunset finally brought an end to the slaughter. Nearly 50,000 Roman soldiers lay in the mud after the Battle of Cannae. The Carthaginians captured another 20,000. That great army had vanished in what felt like an instant.

Rome, the greatest military power in the entire world, had gathered the biggest army in history—and they utterly, completely, brutally, lost. When news of the slaughter made it back to the capital, there was panic in the streets. For a moment there, it seemed like the Roman Empire was on the brink of annihilation, centuries before Julius Caesar would even be born.

But of course, that’s not how this story ends. Hannibal Barca was an undeniable genius on the battlefield, but he didn’t have the Romans’ bloodlust. His men begged him to bring their force to the gates of Rome, to win the war once and for all, but he refused. Maybe he was right to: After all, they were still stranded in enemy territory, and despite their victory, they still suffered some losses at the Battle of Cannae.

Hannibal didn’t want to risk an assault on Rome itself, so he simply stuck around in Italy, pillaging the countryside for another decade or so. We’ll never know if he could have taken the capital; if he could have wiped the Roman Republic out for good. All we know is that he showed mercy—and his homeland paid the ultimate price for it.

After the Battle of Cannae, Rome steeled itself. It suffered the worst defeat imaginable, and it didn’t crumble. The Romans eventually turned the tide of the Second Punic War and forced Hannibal to accept humiliating peace terms. Years after that, they finally defeated Carthage so thoroughly that they basically erased this one-time powerhouse from history. There’s a reason tourists still visit Rome and Carthage isn’t even on the map.

But while history is written by the winners, and Rome undoubtedly ended up on top, there was still the Battle of Cannae, that tremendous defeat, and the moment where history’s course almost changed forever. 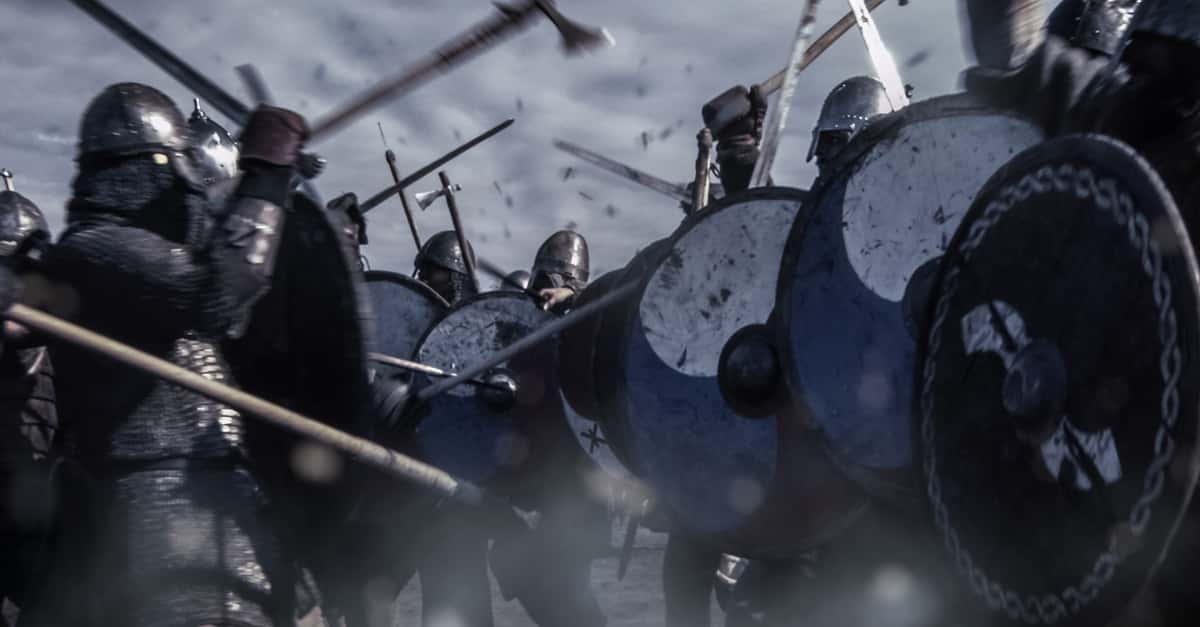 Bloody Will Be Thy End: The Battle of Bosworth Field and the Death of Richard III