The whole point of thrill rides is that they aren’t dangerous, but they feel dangerous. Going to an amusement park isn’t like skydiving or downhill mountain biking; You can get all the adrenaline without ending up beaten and battered at the end of the day. At least, that’s what amusement parks are supposed to be like. But surviving a day at New Jersey’s Action Park wasn’t like most amusement parks.

Traction Park. Accident Park. Class Action Park. For anyone who’s scared of theme parks, this is what they’re picturing. What started as a way for a ski resort to try and made a little bit of money in the summer became the most infamous amusement park in history. For anyone too young to have passed through its gates, it seems like it couldn’t exist. Like something Johnny Knoxville would make a movie about, but not something people could actually go to.

But you could. As recently as 1996. Action Park was real. And it was insane.

It all started in 1976. Eugene Mulvihill owned the Vernon Valley/Great Gorge ski area, and when the snow melted, so did his profits. He wanted to change that. He started by installing a 2,700-foot alpine slide. If you’ve ever seen an alpine slide, you know them to be the roller coaster’s smaller, more rickety, never-quite-safe-looking cousin. Of course, that’s how Action Park started.

After the alpine slide came a couple of water slides and a go-kart track. People started coming, so Mulvihill kept going. Some more water slides. A deep-water pool. Tennis courts. A softball field. We were still a far cry from Traction Park, but Mulvihill was off to the races. He’d created one of the first modern water parks in North America.

He was a pioneer, in a way—but what we forget about the pioneers is how many of them died.

Class Action Park had 75 rides at its peak. By the 1980s, a million people came through the gates every summer. It was cheaper than the nearby Six Flags, and it had something no other park had. Everyone going to Action Park knew they were doing something a little dangerous. Nuts to the thrill rides of today—now this was a thrill.

Just ask anyone who worked in the nearest emergency room: Action Park was a safety nightmare. At one point, during the summer, the hospital was treating five to 10 of the park’s victims a day. The local town of Vernon had to buy more ambulances to keep up with the traffic coming out of the gates. So, how did all these people end up with broken arms, legs, and worse? Where do I even begin?

Let’s start with the original: The alpine slide. Riders sat in a ramshackle sled that only had two speeds: Ridiculously slow, and what one worker called, “death awaits.” If you didn’t want to crawl to the bottom, you flipped your stick to death awaits and plummeted down 2,700-feet of concrete, fiberglass, and asbestos.

Since this was a water park, almost everyone who rode was wearing a bathing suit. If your skin so much as brushed the track you were in for a world of pain, and people often fell completely out. Or, even worse, the sled would skip out of the track and send its unlucky rider plummeting down the embankment.

By all rights, the alpine slide should have closed in 1980, after the first fatality, but it didn’t. It continued to be the park’s main source of carnage for the next several years. In 1984 and ’85, state records say the slide caused 14 broken bones and 26 head injuries—and that’s only the ones that were reported. But while the alpine slide was Action Park’s first nightmare, it had plenty of company.

The waterpark. Here, there were still lots of broken bones and bruises to go around, but with the ever-present threat of drowning thrown in for good measure. There was the wave pool, whose massive, relentless waves would buffet swimmers for 20 minutes at a time in the deceptively deep waters. Grimly, after multiple people drowned inside, the attraction gained the nickname, “The Grave Pool.”

I repeat: It was called the Grave Pool because patrons literally died inside, and people kept coming. The 80s, man.

Beyond the wave pool, you could find many water slides. Some terrifying, some only a little terrifying. But all of those paled in comparison to what has to have been Action Park’s most ludicrous attraction: The Cannonball Loop.

Most of us have probably never seen a water slide that does a full loop. There’s a reason for that. You know something’s going to be messed up when Action Park actually enforces safety precautions. Usually, staff would just send people rocketing down a slide without a second glance. Not the Cannonball Loop. They weighed you to make sure you were heavy enough, hosed you down with cold water, made you remove all jewelry, and gave instructions on how to position your body.

If you rode the Cannonball Loop, the absolute best-case scenario was that you came out battered and sore. When it was first built, park officials had to bribe employees with $100 just to test it. It never actually killed anyone—at least, not that we know of—but you know it was bad when the State actually shut it down in 1985. The Loop was too insane, even for Action Park.

The Inmates Running The Prison

Then there were the kiosks that sold fair-priced adult beverages to anyone in the park who wanted to pay. Believe it or not, the kids behind the counter didn’t monitor how old their customers were, or how much they drank. By partway through the day, half the visitors would be completely loaded. Heck, half the staff probably was too.

The rides weren’t the only thing contributing to Action Park’s lawless atmosphere. As if the place wasn’t already unsafe enough, sauced visitors would blatantly ignore any rules they didn’t like—and indifferent staff were happy to let them do it. At its peak, the place was like the Wild West. Braving the intoxicated and confrontational crowds was as much a part of the appeal as the death traps.

The most baffling part of it all is that Action Park managed to continue operating for almost two decades. The State made basically no effort to regulate the place, and the owners had a remarkable ability to skirt responsibility for what went on there. Even well into the 1990s, young New Jerseyans could cut their teeth—often literally—at the most dangerous theme park on earth.

But it couldn’t last forever. Lawsuits started piling up, and the group that owned the park, Great American Recreation, fell more and more into debt. Finally, the park closed on Labor Day, 1996, and never reopened. A couple of years later, the same company that owns Whistler and Mont Tremblant in Quebec bought the site and redeveloped it. Today, you can visit Mountain Creek Waterpark at the same site, but Action Park, the real Action Park, is long gone.

Of course, it’s for the best. People died. A lot more got hurt—badly. A place like Action Park just shouldn’t exist today. But, you’ve got to admit: It does sound a little exciting, doesn’t it? 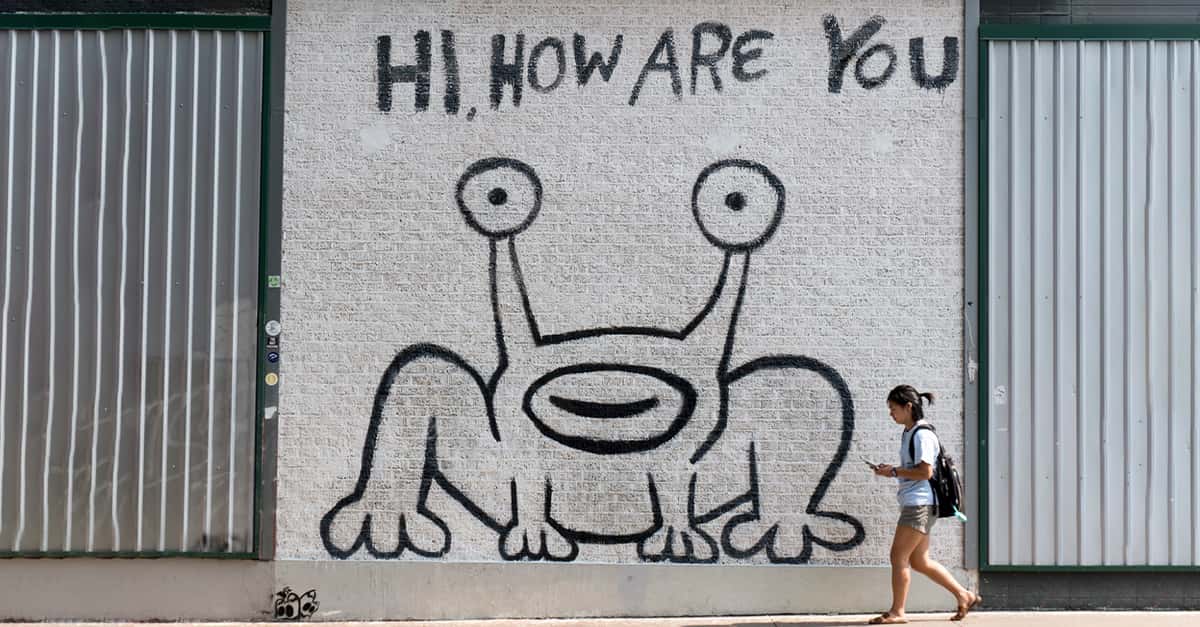 Basement Poet: The Life and Death of Daniel Johnston