Tears, paternity tests, and dances of joy: These are just a few staples of the typical Maury Povich episode. For decades, Maury Povich has been shocking and entertaining audiences daily with his explosive series that covers lie detectors, “crazed teenage daughters,” and of course “Are you the father?” tests. Love him or hate him, Povich isn’t going anywhere any time soon. Here are facts about Maury Povich you may not have known.

Maury has been running for a seriously long time. Starting in 1991, the show now boasts over 2,600 episodes, making it one of the longest running television shows of all time. Now that’s a binge watch.

One of the more surprising things that Maury is known for is its internship program. Maury is often seeking out in-house interns currently attending college, and based on the stories these alleged once-interns post to Reddit on occasion, it sounds like a pretty crazy gig. One intern even reports having to wear mounds of hairspray just so they wouldn’t get lice from a contestant.

Before landing The Maury Povich Show (now known as Maury), Povich was the host of another popular television program, A Current Affair. The 1986 investigative report series ran for a decade and covered a wide array of topics from cults to celebrity scandals and rumors. It wasn’t exactly seen as “high-brow television,” but then again, neither is Maury.

Povich might just be the master of the “work when you want” mantra. In order to work less, he came up with an ingenious plan. There are five new episodes of Maury each week, but Povich himself only films two days each week, Thursday and Friday, filming three shows on the former and two on the latter. That’s a lot of dramatic emotions for just two days.

At 80 years old, Povich has no current plans to retire. The man loves what he does and plans on doing Maury as long as the producers will let him.

Povich has been golf buddies with former US President George W. Bush for well over 30 years now. He’s also pretty good at the game, nearly being a scratch golfer!

What you see on Maury can often seem too wild to believe, but Povich has assured his fans that all the people they see on the show are 100% real and authentic. In a Reddit AMA, Povich stated: “All of it is real. There’s not a moment that is not real. There’s not a moment that is scripted. I could make a case that we were maybe one of the first reality shows that came onto the scene.”

Though Povich keeps his salary under wraps, we do know he makes a lot of money to host the hit show. Once, while Povich was golfing with his friend Gary McCord, McCord jokingly said “Maury, I’ve watched your show. I wouldn’t do that show for $5 million a year.” Povich had a legendary reply. He hilariously quipped back, “Neither would I!”

This means Povich likely makes over 5 million dollars a year for his show.

Maury has been accused of exploiting its guests’ issues for entertainment value on more than one occasion, but Povich himself begs to differ. Speaking on the issue, he said in an interview: “I think we’ve made a difference in people’s lives some of the time. Not for all the guests…But for some. I’ll take that in trade in terms of being accused of exploitation.”

Since 2009, Maury has filmed on the same stage as its television counterparts Jerry Springer and Steve Wilkos. That’s a lot of drama!

With Maury came the rise of one of the most iconic phrases in television history, and in turn one of the most meme-able moments: The cry of “You are not the father!” This is usually followed by a dance of joy from many men upon finding out this fact, and brings endless entertainment to fans of the show—as well as those simply looking for a reaction-gif.

Povich has been happily married to journalist and news anchor Connie Chung since 1984.

There may be a reason why Maury’s seemingly repetitive formula stays fresh thousands of episodes in. That reason? Shakespeare. In an interview with Vice, when asked about paternity tests, Povich said: “A paternity show has the classic Shakespearean themes,” i.e. love, lust, and betrayal. If it worked for Shakespeare, why not Maury?

Maury has covered a lot of topics over the years, but obviously, the main appeal of the show today is paternity tests and their results. Before paternity tests reigned supreme, however, Maury was much different. It would deal with some serious issues, including gang warfare and racism in the United States. I guess that doesn’t do as well as straight baby mama drama, though.

It seems that Povich may have been destined to be in journalism since the start. His father was a sportswriter for The Washington Post, which got Povich his start in sportscasting long before The Maury Show was even an idea. He also got a degree in television journalism, and his wife Connie Chung has snagged some of pop culture’s biggest names for interviews.

According to the show’s interns, Povich has a poster on his door that says, “I’d rather be golfing.”

According to the show’s official website, Maury is the biggest talk show among people 18-34 years old. That’s pretty impressive for what many dismiss as “trash TV.”

Allegedly, Maury pays none of its guests in cash for their television appearances. Of course, they give guests free airfare, a nice hotel to stay in, and some meals, but there’s no other incentive to come. This is common talk show practice, and certainly not exclusive to Maury, but it is nonetheless often a case for criticism toward shows like this.

As a reporter in the 60s, Povich was reporting on issues that were, uh, perhaps a little more pressing than what he deals with on his show today. In fact, Povich covered both the JFK assassination and the assassination of Martin Luther King Jr. when they happened. If that doesn’t give you a little more respect for the guy, I don’t know what will.

The infamous Jerry Springer once admitted his dirty little secret. He likes Maury better than his own show. As Springer said, Maury “deals with serious issues, where we’re a total circus.”

Povich signs off every episode of his show with the phrase, “Until next time, America.” He started using this phrase back in 1986 as an anchor on A Current Affair, and has stuck with it ever since.

To an outsider, it can seem strange that anyone would trust a man on TV to fix their personal issues. Even to Povich himself, the answer seems hard to find. In a Vice interview, Povich said: “They believe their lives can be turned by coming on the show…They feel that I am safe for them to unburden themselves and talk about their innermost feelings.”

Povich has appeared as a guest on a number of scripted television programs, mostly in a comedic role. These appearances include an episode of How I Met Your Mother, the film Madea’s Big Happy Family, and Adult Swim’s The Jack And Triumph Show.

Maury Povich doesn’t get to the bottom of all those domestic disputes and paternity tests all by himself. Besides a bunch of behind-the-scenes crew members, the show also employs their own private investigator. The PI, Wendy Kleinknecht, goes out, snoops around, and brings back the best details about upcoming guests.

In a 2017 episode, one of the most unbelievable instances in Maury history happened. A paternity test found that a woman had given birth to a set of twins with two different fathers. Yes: Each twin was from a different man. More than that, this was actually the second time this happened on the show, which raised questions of authenticity for some.

As unbelievable as it seems, this can happen in extremely rare cases. The condition is called heteropaternal superfecundation. For it to happen on Maury is something even the host himself couldn’t seem to believe. “The first time it happened, I just didn’t believe it,” he said. “I looked at my staff on set and I said: ‘That’s impossible—did I read something wrong?’” Talk about a twist.

The results of the infamous paternity tests in each episode of Maury are kept a secret from everyone involved on-stage, including Povich himself. His reactions to the results are totally genuine, and they’ve become a key factor of the show. Some of his more memorable responses are highly giffed across the web, but we promise you every one is an absolute gem.

A staple feature of Maury is returning guests. Povich likes to bring back guests he’s had on the show previously to check up on them and help them with further issues they may be having. One of their stories is absolutely incredible. Among the most frequent repeat guests is the infamous Sholonda, who has been on Maury for 17 different paternity tests to try and find the father of her daughter.

Unfortunately, she has never managed to find the father. 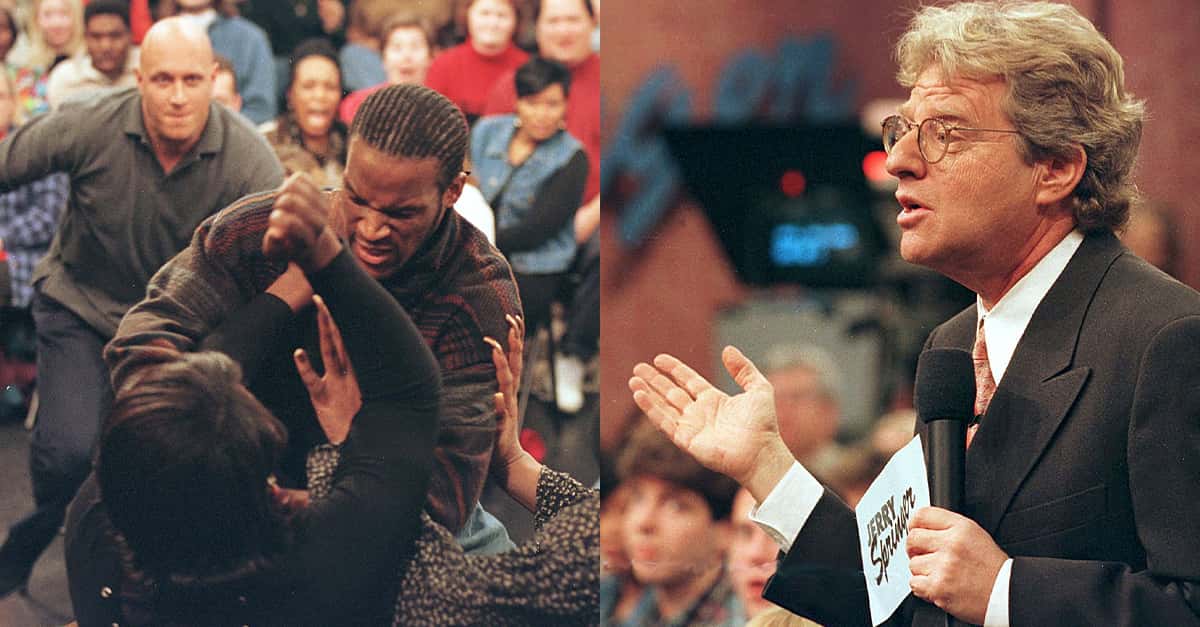