“The stone is strong…The roots of the trees grow deep, and under the ground, the Kings of Winter sit their thrones. So long as those remained, Winterfell remained. It was not dead, just broken. Like me…I’m not dead either.”—Bran Stark, A Clash of Kings.

Easily the most “magical” of the Stark siblings, Bran Stark has grown up from a naïve little boy to one of the gravest and most serious characters in Game of Thrones. Viewers and Westeros at large have come to depend on Bran as the skin-changing, green-seeing, and mentally gifted middle son of the Stark family.

Who needs dragons when they have a living, breathing mass surveillance system (okay, dragons actually might be better…). As the first major POV character in the books, one could even argue that Bran is the little lynchpin who brings the fantastical world of Westeros altogether. Learn more about the little wolf with 24 mystic facts about Bran Stark.

2. Getting Those Travel Miles…But at What Cost?

As a younger son, Bran’s childhood dream was to become a knight and see far off places. Well, at least he’s getting to do the latter of those things…

Counter to the show’s brunette depiction, Bran Stark in the books inherited his mother’s auburn hair and blue eyes. Do redheads just not mesh well with the gothic fantasy aesthetic?

Bran has two “roomies” that didn’t make the show: “Big Walder” and “Little Walder” Frey, two young relatives of Walder Frey who are sent to Winterfell as part of the Lord of the Crossing’s deal with Robb. Bran doesn’t like either of them.

5. Bran: The Man of Priorities

Why did Bran wait too long to tell anyone that Jon is the son of Lyanna Stark and Rhaegar Targaryen? If you ask Isaac Hempstead Wright: “To be honest, I think until this time Bran has been so focused on the White Walkers that that hasn’t really mattered.” Fair enough?

In 2013, Game of Thrones actor Isaac Hempstead Wright admitted he was waiting until he was older to try to read the books. To quote him, “I tried reading Game of Thrones, but found it a bit daunting. I’m going to try again when I’m a bit older.” He was 14 at the time, so we can’t blame him.

Bran is named after a long line of “Bran Starks.” Most famously, his name refers to the House Stark founder, “Bran the Builder.” This Bran built not only Winterfell but also the Wall itself. Is this foreshadowing Bran’s momentous future?

Bran seems partly named after his paternal uncle, Brandon Stark. This Ned’s older brother, who was killed by Aerys Targaryen at the outbreak of Robert’s Rebellion. Awkwardly, Brandon Stark is also the ex-fiancé of his mother, Catelyn, and therefore Bran’s father in an alternate universe.

Despite the real-life terrors of his life, Bran is a horror fan. When it came to Old Nan’s stories, Bran preferred the dark tales about the ‘Others, the Long Night, and the Children of the Forest. These story preferences foreshadow the fantasy tropes that the Stark boy’s journey will send up.

10. The Heights You Will Reach

Bran’s pre-fall climbing antics can’t be understated. The boy got so addicted to climbing the walls of Winterfell that the family guards once chased him as he leapt from tower to tower to no avail. Remember, he wasn’t even 7 years old at that point.

11. Power Naps With the Gods

At one point, Catelyn begged a younger Bran to stop climbing the walls of Winterfell. Bran vowed now to do anymore, but he shamefully couldn’t keep the promise up for longer than two weeks. The guilty boy confessed to his dad, Ned, who made him pray to the Godswood to repent for his disrespect to his lady mother. Unfortunately, Bran climbed the Godswood tree too, and fell asleep in its branches.

Warm meals are hard to come by on Bran’s journey. To savor a rare taste of meat twice, Bran consumes an elk that Meera killed once in his own mouth and once as he skinchanges into Summer.

Theon Greyjoy came as a foster kid/hostage to Winterfell just one year before Bran was born. Time doesn’t always breed compassion: although Bran has effectively known Theon for his entire life, the boy has never liked his oldest brother’s best friend.

The irony of Bran’s coldness to Theon was that Greyjoy “had been fond of the boy,” at least according to his own thoughts as Reek in A Dance with Dragons. Of course, Theon is also trying to retroactively explain to himself that he “had never done him [Bran] any harm,” which is a very subjective statement—although at the Battle of Winterfell, Theon did eventually get the chance to let his actions speak for themselves when it comes to Bran.

15. Careful What You Wish For

Catelyn called Bran her “special boy.” Reluctant to let him go to King’s Landing with Ned and the Stark sisters as planned, Catelyn prayed seven times to the seven faces of their god for Bran to stay in Winterfell. Oops.

16. Little Brother Is Watching You

In A Dance of Dragons, there are hints that Bran is watching Theon/Reek with his new warging powers. Theon is in the Godswood when “for a strange moment it seemed as if it were Bran’s face carved into the pale trunk of the weirwood, staring down at him with eyes red and wise and sad.”

By the fifth book, Bran realizes he is falling in love with Meera Reed. He considers warging into Hodor again just to give her comfort on their cold journey.

If Isaac Hempstead Wright had more cold-resistance, he might never have landed the role of Bran Stark. The young actor joined his school drama club just to avoid the cold winter mornings of football practice. No word on how he feels about the cold wintry scenes as Bran…

19. Who Needs School When There’s a War to Fight?

Like Bran, Hempstead Wright’s studious ways were interrupted by Game of Thrones. The actor enrolled in his first year at the University of Birmingham, but he dropped out early to devote himself to acting. However, he hopes to return to school once the HBO show wraps up.

In case it wasn’t clear in the show, Bran’s constant warging into Hodor is incredibly traumatic on the boy’s giant friend. In A Storm of Swords, Bran senses his friend’s discomfort as he describes how taking Hodor’s mind is “like trying to pull a left boot on your right foot. It fit all wrong, and the boot was scared too, the boot didn’t know what was happening, the boot was pushing the foot away. He tasted vomit in the back of Hodor’s throat.” Not nice.

Bran once beat Prince Tommen in a game of sword fighting at Winterfell. Cute. What’s less cute? We find this out from his half-brother, new Lord Commander Jon Snow in A Feast for Crows, who is thinking about how Bran is now dead (presumed) and Tommen is king. How things change…

At Catelyn Stark’s request, Maester Luwin made a boy out of pottery and flung him from the walls of Winterfell to teach Bran a “lesson” on what happens to kids who slip and fall from reckless climbing. To be fair to Catelyn and Luwin, they were getting desperate to teach Bran. And he didn’t even listen to this reenactment, so…

The season 7 finale of Game of Thrones cut out a key scene between Bran and Sansa. As it turns out, Bran is the one who tells Sansa (courtesy of his psychic powers) that Littlefinger has been up to no good. Sansa knocks on Bran’s door for his help. To quote Isaac Hempstead Wright, the Stark sister remembered that she has a “CCTV department at her discretion” in the form of her little brother. Could have come in handy earlier, but okay.

According to a wild but much-shared fan theory, Bran pushed himself out of the window in A Game of Thrones. Let us explain: in this theory, there is an abled-bodied Bran Stark from the future who has survived in the post-apocalyptic Westeros. Using his greenseer powers to pinpoint the exact moment things went wrong, he goes back in time and wargs into Jaime Lannister on that ill-fated day. He then pushes his own 7-year-old self out of the tower. Bran removes the use of his own legs, but it sets up a chain of events where Westeros is potentially saved. 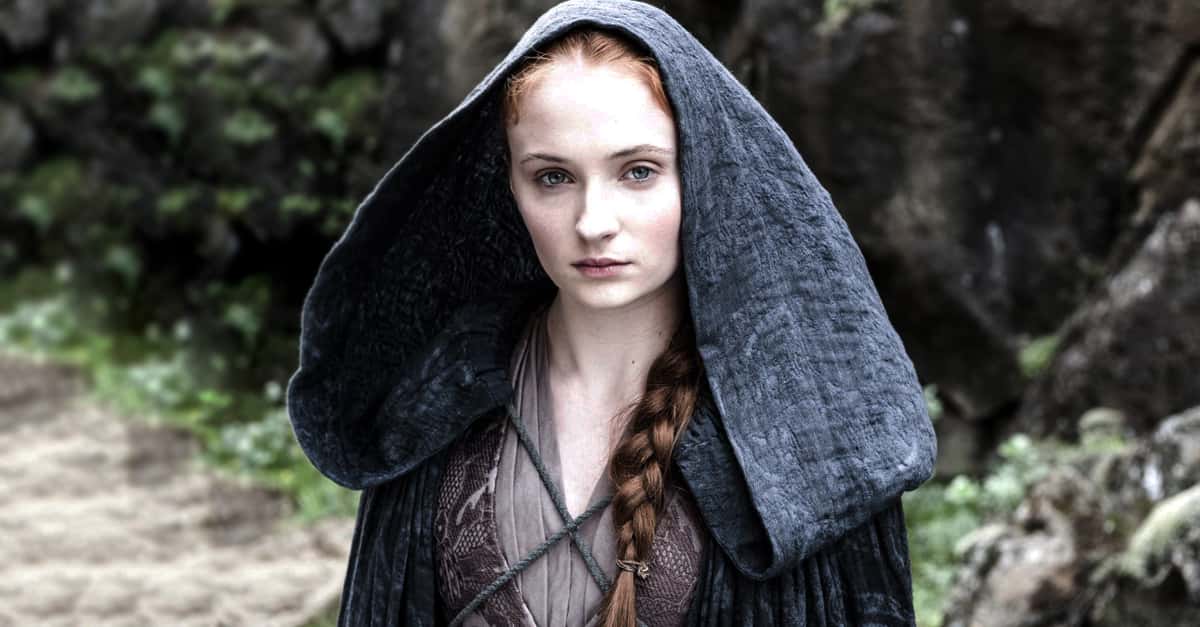