The 53rd animated feature from Disney, Frozen tells the story of Anna, a fearless princess who sets off on an adventure with a rugged iceman, his trusty reindeer, and a naïve snowman to find her estranged sister, Elsa, whose uncontrollable cryokinetic powers have trapped the kingdom in an eternal winter.  The movie was a massive commercial success, earning nearly $1.3 billion worldwide, and is currently ranked as the highest grossing animated film of all time.

Here are a few facts you might not have known about this fantastic fairy tale.

Just months before “Frozen” was scheduled to hit theaters, “Do You Want to Build a Snowman” wasn’t even in the movie. It had been removed, but its popularity among Disney employees convinced the filmmakers to add it back in.

The film is based on “The Snow Queen,” a fairy tale written by the prolific Hans Christian Andersen who also wrote The Little Mermaid, and Thumbelina, and without whom Disney would have to… gasp… come up with something original.

Disney first tried to adapt “The Snow Queen” in the early 1930s but could never get the story right. They revisited it again in the late 1990s and again in the early 2000s. In 2008, they tried again, hiring director Chris Buck who had previously directed Tarzan.

32. Breaking through the Ice Ceiling

Frozen was the first Disney feature to be directed and written by a woman (Jennifer Lee, who wrote the film and shares a co-director credit with Buck).

Elsa is the second animated Disney princess to become a Queen during a film (the first was Princes Kida from Atlantis: The Lost Empire) and the first to receive her coronation on-screen.

The characters Hans, Kristoff, Anna, and Sven are actually another reference to Andersen (just say the four names quickly to see how).

Both Idina Menzel and Kristen Bell auditioned for the part of Rapunzel in Tangled. In the end, Mandy Moore wound up getting the role instead.

Trolls are one of the well-known trademarks of Scandinavian culture. Also, the Internet.

Since the movie came out, the names Anna and Elsa have become increasingly popular for baby girls.

There’s a large fan fiction community that imagines a romance between Elsa and Rise of the Guardians’ Jack Frost. Because it’s the Internet, no doubt this romance is not suitable for children.

In early designs, the Snow Monster that Elsa creates was a giant version of Olaf, who addresses him as “little brother.” Although it was cute and kind of funny, the filmmakers decided that, ultimately, it looked a bit dumb and scrapped it. Incidentally, this would be a terrible philosophy for a parent.

There is a note in the end credits that says Disney doesn’t necessarily agree with Kristoff’s views that all men eat their own boogers. Wrong again, Disney. Wrong again.

The filmmakers hired Jackson Crawford, a professor of Old Norse and Scandinavian mythology at UCLA, in order to infuse the script with Norwegian accents, phrases, and probably a ton of ancient curse words.

Hans’ horse is named Sitron, which is Norwegian for “lemon.” Pro-tip: Don’t drink the lemonade.

The painting in the palace gallery that Anna poses in front of is a representation of Jean-Honoré Fragonard’s “The Swing.” The original painting, by the way, is about a guy looking up a woman’s skirt. Real family-friendly stuff.

Limited edition Elsa and Anna dolls have been selling for $10,000 on eBay, bought by parents who desperately want to make their kids happy and not-creepy-at-all collectors who *really* like dolls.

When Anna sings “Love is an Open Door” with Prince Hans, it is the first time a Disney princess has ever sung a duet with a villain. Of course, she didn’t know he was a villain at the time. Still, no excuses.

18. Barking Up the Wrong Tree

After Arendelle is covered in snow, two townsmen can be seen arguing over the correct way to stack firewood. This refers to a heated (hehe) debate in Norway after a 12-hour TV program on firewood aired. It included 8 hours of a live fireplace, and the network received dozens of texts complaining about how the firewood was stacked with a near 50/50 split about whether or not bark up or bark down was correct. Look at the things America could be arguing about instead of healthcare.

Although reading voiceovers together is rare in animated films, producers had Idina Menzel and Kristen Bell read their scenes together to add to the chemistry. It seemed to work.

16. Reindeer are Better than People

Tourism in Norway drastically increased after the film’s release, specifically to the Lofoten Islands, which served as the backdrop for the film with its dramatic snow-capped peaks and beautiful fjords. However, the tourism has begun to overwhelm the local infrastructure with residents of the island referring to the small woodlands near a popular mountain climb as “the forest of poop” due the mess that the tourists have left behind. A forest full of poop, by the way, would be an awful setting for a Disney movie.

Animators developed a program called Tonic with the specific purpose of animating Elsa’s hair. The average blond human has 150,000 strands of hair on their heads. By contrast, Elsa’s hair had 400,000 individual strands.

Rapunzel and Flynn from Tangled make a brief appearance at Elsa’s coronation and even Rapunzel, famous for her hair, has less hair than Elsa.

Animators also created a snowflake generator program to build 2,000 different snowflake shapes that they could use for the film. Rumor has it that they then had to create another program to create a safe space for each of those special  snowflakes.

To create Olaf, Disney created software called Spaces and Flourish, which allowed artists to deconstruct the character and to add extra movement (i.e. the twigs on Olaf’s head).

The character of Kristoff was influenced by the Sami people (also known as Lapps), who are indigenous to northern Norway.

To animate the character of Sven, the animators brought an actual reindeer into the studio. This follows a long tradition of bringing animals into the studio to create models. The lion that was brought in for The Lion King nearly bit Jeffrey Katzenberg’s head off. Hard to be a studio head without a, y’know, head.

The sequence when Elsa walks out onto the balcony of her newly created ice palace is 218 frames long, and one of the frames was so complicated it took 132 hours to complete.

Ice cutting, as depicted in the sequence at the beginning of the film, was once an actual profession. But, since then, we’ve figured out better ways to make ice cubes.

The filmmakers brought in Dr. Kenneth Libbrecht, who is sometimes known as “Dr. Snow,” to serve as a consultant on how snowflakes form. We guess Dr. Freeze was busy.

Megan Mullally from Will and Grace was originally cast as Elsa who, at the time, was designed more as a Bette Midler type character.

There was a version of Elsa that was based on Amy Winehouse, but because of her lifestyle, Disney ultimately decided that this Amy-inspired Elsa may not be the best role model for children. Weird.

Elsa was originally supposed to be a villain with light blue skin, short spiky blue hair, and a cruel taste for animal abuse: she had coat made out of living weasels. It wasn’t until later on that they decided to make Elsa’s character misunderstood instead of just pure evil that they really found the magic of the film. We wish they had kept the weasel coat though.

“Let it Go” was written in a single day. One day is all it took to ruin parenthood in America.

1. The Power of Song

In fact, it was the song “Let it Go” that inspired the shift in Elsa’s character, as the song didn’t describe a villain, but a “scared girl struggling to control and come to terms with her gift.” This resulted in a complete rewrite of the first act, which rippled through the rest of the story and created the movie we all know and love. 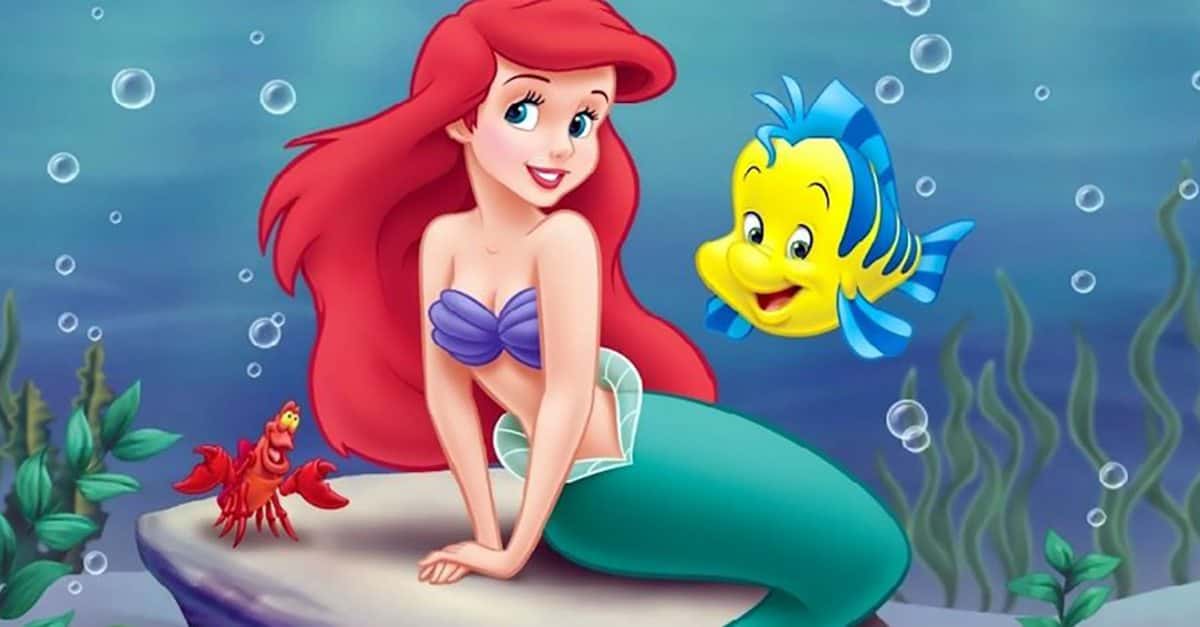