“That morning I was not yet a vampire, and I saw my last sunrise. I remember it completely, and yet I can’t recall any sunrise before it. I watched the whole magnificence of the dawn for the last time as if it were the first. And then I said farewell to sunlight, and set out to become what I became.”  —Louis de Pointe du Lac

Some sparkle, some burn, and most are pale with fangs and need blood like humans need air. They’re hard to kill and live forever. They’re vampires, and they’ve been luring people in for generations. Even so, Interview With the Vampire started a whole new cult following for the undead. Read on if you dare.

Interview With The Vampire Facts

30. Some Stories Just Write Themselves

Originally started as a short story, Anne Rice went wild with inspiration as she wrote Interview with the Vampire. The novel was published in 1976, and had been reprinted 48 times by 1993—just a year before the film came out.

In Bram Stoker’s novel Dracula, the count hides below deck on a ship, surviving the trip to London by eating rats. Lestat (Tom Cruise) makes reference of this to Louis (Brad Pitt), saying that eating rats is good for staying alive if ever at sea for a month.

Brad Pitt hated his time on set. He complained often of the colored contacts hurting his eyes, feeling uncomfortable in his costumes, and how much he hated the weather. He also wasn’t a fan of being second to co-star Tom Cruise. He tried asking producer David Geffen for an out, but to no avail. Geffen said it would cost Pitt $40 million to get out of filming, so the actor stayed on.

If you’re ever at the historic Oak Alley Plantation in Vacherie, Louisiana, be sure to check out their guest book. The plantation was used as Louis’ home at the beginning of the film, and both Pitt and Cruise signed the book while there.

If you do plan on visiting the plantation, be warned: it’s said to be haunted. During one guided tour, witnesses reported seeing candlesticks flying across the room, and there have been alleged sightings of a young woman with dark hair. The reports caught the attention of the TV show Ghost Hunters, who did their own investigation of the property.

25. Inspiration was Closer Than You Think

Rice added a personal connection to one of her characters. Lestat is based on her husband, Stan Rice, and even shares the same birthday, November 7.

Cruise spent time preparing for the role of Lestat by watching videos of zebras being attacked in the wild by lions.

22. Age Ain’t Nothing but a Number

There’s a 15 year age difference in Louis’ character between the book and the film. The novel has his age at 185, but in the film he’s 200 years old to tie it in with the film’s setting.

Could you imagine Louis as a woman instead? It almost happened while writing the film, and Cher and Anjelica Huston were potentials for the role.

In the novel, Lestat (Cruise) and Armand (played by Antonio Banderas) have a brief conversation, but Cruise and Banderas never filmed together or even met on set.

Post-production removed many modern features, like radio towers and the Greater New Orleans Bridge, from river scenes. These landmarks were replaced by eighteenth century sailing vessels.

“Drink from me and live forever” was used as the film’s tagline, but you’ll never actually hear any of the characters say it.

The day after watching the movie in theatres, a disturbed fan took his girlfriend and stabbed her seven times, sucking the blood from her wounds after. She would survive the attack, and he was arrested. He claimed to the jury that the film influenced him to carry out the attack.

Oprah was so repulsed by how much blood and gore was in the film that she actually left the theatre during the first reel. The TV host had even considered pulling the plug on an interview with Cruise because of how much she didn’t like the film, but the interview went ahead as scheduled.

Claudia (played by Kirsten Dunst in the film) cries blood in the novel, but in the movie they’re just regular tears. The TV show True Blood has a slight nod to this characteristic, as these vampires do shed bloody tears on screen.

After Claudia slits Lestat’s throat, it isn’t Cruise’s body we see on screen but an animatronic double in his place.

River Phoenix was originally pegged to play the interviewer Malloy, but the role was given to Christian Slater after Phoenix’s death. Slater would go on to give his entire $250,000 salary to two of Phoenix’s favorite charities. “In Memory of River Phoenix, 1970-1993” was also included after the film’s credits.

A secret set was built on Cruise’s behest: The actor wanted the costumes and makeup to be kept from prying eyes, so tunnels were built for the cast to travel to and from set.

Christina Ricci, Dominique Swain, Julia Stiles, Erin Moore, and Evan Rachel Wood were all up for the role of Claudia, but in the end, it went to Kirsten Dunst. Her parents wouldn’t even let her watch the final film when it was released, saying it would be too scary for her.

A 12-year-old Dunst had her first on-screen kiss with Pitt, who was 18 years her senior. Dunst thought it was gross at the time, and that Pitt “had cooties.”

9. Don’t Judge a Book by Its Cover

The rights to the film version were optioned to Paramount even before Rice’s novel was published in 1976. John Travolta was originally pegged to play Lestat. By the time the film went into production, however, Travolta was too old for the role, and Cruise was cast. Rice was so infuriated by Cruise’s casting, she was quoted as saying, “it’s almost impossible to imagine how it’s going to work.” She eventually wrote Cruise a letter of apology.

Other actors who almost portrayed Lestat: Tom Hanks, Johnny Depp, Jeremy Irons, Daniel Day-Lewis, John Malkovich, and even Pitt. Rice had enjoyed Hanks’ performance in Philadelphia so much that she met with the actor, but he would turn down the role for Forrest Gump.

The film closed off two lanes of traffic on the Golden Gate Bridge; it was the first film to ever be given the rights to do so.

6. I Spy With My Little Eye

There are a number of idiosyncrasies that a watchful eye will notice throughout the movie: one vampire who has been set on fire goes tumbling down a staircase and bumps into the wall, causing the wall to move and revealing it as a set. In another flub, early in the film, Louis is walking along a beach with a tidy and unwrinkled coat even though he had been dumped in the water the night before.

If you look closely at the end of the film, Louis is in a cinema watching a movie—Superman to be exact. The interesting part of this is that the novel was written two years before Superman was released, so the film didn’t even exist yet.

Cruise isn’t exactly known for his towering figure. In some scenes, he was given a platform to stand on so that the height difference between Lestat and other vampires wasn’t quite so noticeable. He also had inches added to his boots, and at one point Pitt walked in a specially made ditch to lower himself to Cruise’s level.

3. The People Need to Know

Rice paid for a two-page ad in both The New York Times and Vanity Fair to rave about how much she loved the film adaptation of her novel. In the ads, she refers to the film as “a masterpiece.”

2. Coming to a Small Screen Near You

The Vampire Chronicles consists of 12 books, which were released in a span of four decades. Rice announced in 2016 that she now owns all theatrical rights to the series, and has hopes of turning it into a Game of Thrones-like TV series with her son Christopher.

The makeup process for the movie was time consuming: each actor had to hang upside down for up to half an hour prior to application. Yes, you read that right: hang upside down. All the blood in their body would be forced down into their head, allowing blood vessels to bulge out, which then helped the makeup artists to trace all the veins to give the look of translucent skin. If the blood drained from the actors’ faces quickly, they would have to repeat the process until their makeup was complete. 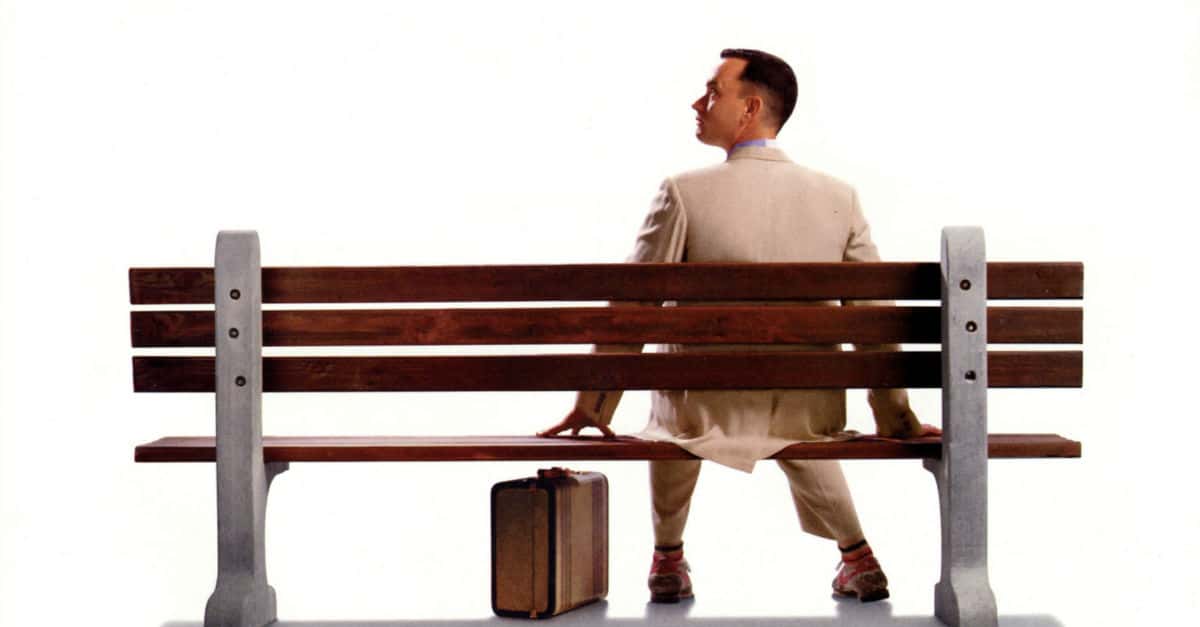