She may have started off as the most eccentric of J.K. Rowling’s characters, but she quickly became a fan favorite. She’s also the only Harry Potter character we know who can fully rock a pair of Dirigible plum earrings: She’s the one and only Luna Lovegood. Check out these 23 quirky facts about her that you won’t find in any edition of the The Quibbler; there really is no one like her.

Evanna Lynch, who plays Luna Lovegood in the films, was up against a lot of competition when vying for the part. Saoirse Ronan was also considered for the role, as was Juno Temple.

Lynch beat out no less than 15,000 girls for the part. When one of the producers saw her finalist audition tape, he refused to watch any more videos. As he said at the time, “She is Luna.”

J.K. Rowling is known for playing around with language, particularly with names, and Luna Lovegood is no different. While her not-s0-nice nickname is “Loony” Lovegood, the word “Lunatic” actually comes from her real name, Luna, which in turn is Latin for “moon.” People used to think that the moon encouraged or created odd, “lunatic” behavior.

Although Luna is a little quirky, she’s nonetheless a true Ravenclaw, and often shows “Wit beyond measure.” She’s honest and forthright, and above all curious. She constantly questions the world, and refuses to take things at face value, even if this gives her a reputation as somewhat of a fringe radical. And hey, she’s one of the very few people who initially believes Harry when he says that Voldemort is coming back.

Rowling created a plethora of memorable characters, but some hold a special place in her heart. Although she’s said that Hermione is the character she most relates to, she calls Luna the “anti-Hermione.” As she sated, “She’s slightly out of step in many ways but she’s the anti-Hermione. Hermione’s so logical and inflexible in so many ways and Luna is likely to believe ten impossible things before breakfast.” The two girls are also both extremely smart, though they display it different ways.

Although Luna doesn’t appear in the series until The Order of the Phoenix, Rowling considers her to be a vital part of the whole book series. Indeed, Luna joins Harry, Ron, Hermione, Neville, Ginny, and Draco in what is known as “The Big Seven,” the characters in the center of the action. These characters also just so happen to be some of Rowling’s favorites.

Luna ends up marrying the grandson of Newt Scamander, the main character in Fantastic Beasts and Where to Find Them. After Newt became famous traveling the world and writing books, he did finally marry and settle down with Teenie Goldstein. They had a child, who then had a son named Rolf, who in turn grew up to become a famous magizoologist like his grandfather. Luna and Rolf have twins together.

Because Luna is, well, Luna, she didn’t end up with a cushy boring Ministry job post-Hogwarts. She too went on to become a magizoologist, which we can only assume is how she and Rolf met.

Harry and Luna did not start out as best friends, but as time went on they became quite close. In fact, Harry and Ginny’s daughter’s full name is Lily Luna Potter. Luna is the first living person the Potters named their children after, and just the second namesake who hails from outside Gryffindor.

The Harry Potter fandom is alive, well, and full of theories. While some claim that Albus Dumbledore is actually a time-travelling Ron Weasley (what?), another theory suggests that Luna is really the daughter of none other than Severus Snape. Is it weird if I say I can see it?

No matter what you think about it, Luna has a fantastic wardrobe and excellent personal style. Dirigible plum earrings, Spectrespecs, and her gigantic Gryffindor lion hat are just a few of the sartorial wonders stuffed in her closet.

One fan theory that holds a little more water argues that Luna, with her dreamy detachment from others and her lack of tact, has Asperger’s syndrome, or is otherwise on the autism spectrum. Whether or not this is true, Harry Potter fans on the autism spectrum have latched onto Luna as a role model.

This may come as a surprise, but the role of Luna Lovegood was Evanna Lynch’s first professional acting role. Before the films, she had only performed in the odd school play. What better way to break into acting?

With so much going on in later films, it can be hard to pick just one great Luna scene. Lynch’s decision, however, is easy: She says her all-time favorite Lovegood scene is at Bill and Fleur’s Burrow wedding. Why? Because she got to meet her on-screen dad, Xenophilius.

Though Luna is in Ravenclaw, when Lynch took the test on Pottermore, the Sorting Hat actually put her into Gryffindor.

Fans of the series know that Snape’s patronus is a doe, while Harry’s is a stag. They might even remember that Hermione’s patronus is an otter and Ron’s is a terrier. But what about Luna? Thought Luna’s patronus is not seen much in the books, it matches her perfectly: it takes on the form of a hare. This piece of magic is also a testament to Luna’s powers as a witch; she learns how to conjure it in just her fourth year.

Though she may not seem like it, Luna is actually a pretty big sports fan. She wears her huge, wacky Gryffindor and Ravenclaw hats to Quidditch games, and in The Half-Blood Prince she attends a Quidditch game behind the booth as a color commentator. And how colorful it was! Luna pointed out strange clouds and generally forgot players’ names during the game.

Lynch not only designed some of the clothing and jewellery her character wore throughout the films, she also choreographed her own dance moves. Remember those interesting moves you see Luna and Xenophilius making during the Weasley wedding? That’s all Lynch.

At first, Luna is one of the only Hogwarts students who can see the horse-like Thestrals. At the tender age of nine, her mother Pandora Lovegood died after a spell experimentation went wrong, and her father Xenophillius was left to raise Luna on his own.

Though we are now, sadly, done seeing Luna on the big screen, she’s not done with us yet. Lynch even reprised her role as Luna onstage for StarKid Production’s A Very Potter Senior Year (2012).

2. Growing Up With Potter

Before Lynch even thought about auditioning for the Harry Potter films, she grew up reading (and loving) the series like many other fans. In fact, she developed an obsession with all things Potter, and her love of the books even helped Lynch get through some very hard times in her young life.

Years before she was cast as Luna, Evanna Lynch got a letter from J.K. Rowling that was instrumental in helping her get over her long struggle with anorexia. Responding to some fan mail from Lynch, Rowling told her that her anorexia was “destructive, not creative,” and that “the brave thing was not to succumb to it.” Lynch made it through, thanks in part to Rowling. However, when she auditioned for the role of Luna, no one was aware of this correspondence. 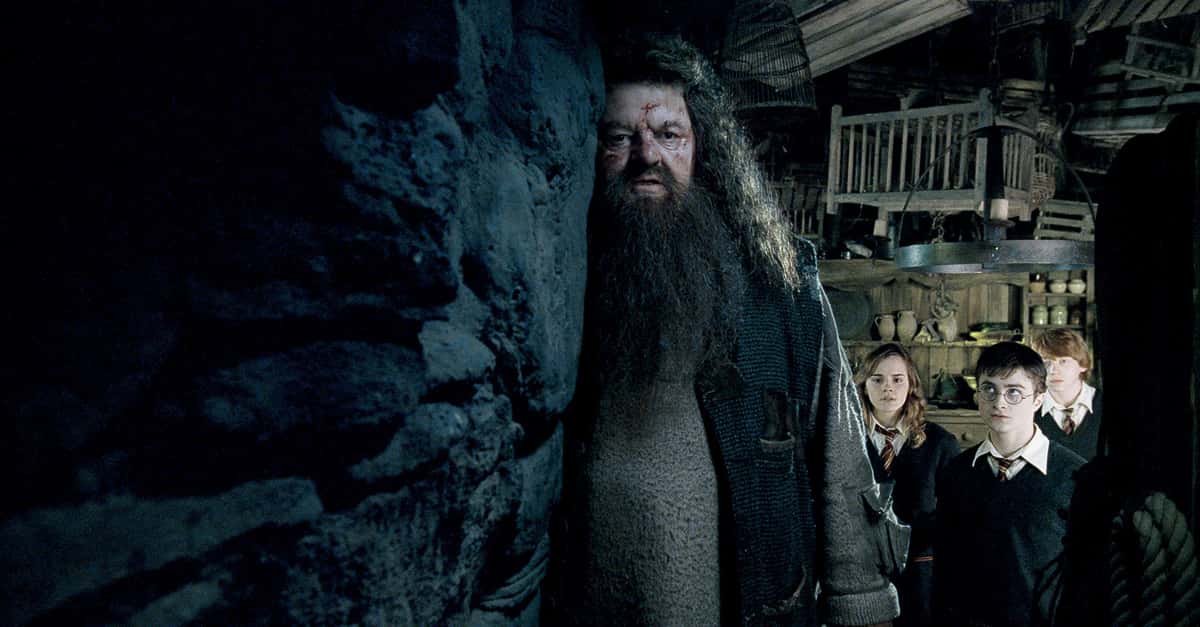