Hogwarts School of Witchcraft and Wizardry has four distinct houses, and Slytherin gets the worst rap of them all. Yet even though Slytherins can be sneaky, immoral, and just a tad snobby, we should also remember that they can be fiercely loyal in their own way, they are incredibly resourceful, and, let’s be honest, they have the best house colors. Here are 24 sly facts about this notorious Hogwarts House. Slytherin pride, right?

Salazar Slytherin was obsessed with pure-bloods, and even the Sorting Hat admits that wizard-born blood is a factor in its Sorting of a student into the mean, green House. Nonetheless, technically anyone displaying the qualities Slytherin broadly valued—cunning, resourcefulness, and ambition—may be sorted into Slytherin. It is, however, very rare for Muggle-borns to end up as Slytherins.

Who wants to wear scarlet and gold anyway? Slytherin’s house colors of green and silver are classy, timeless, and oh-so-chic. Emerald green dress robes? Sign me up for the next Dark wizard war!

Not only are Slytherins smart and skilled, they also go after what they want and don’t stop until they get it. It’s just that, er, sometimes they don’t have the most noble of goals in their sights.

Despite them seeming only to look after their own necks, don’t count Slytherins out as disloyal. They tend to pick their friends very carefully and will defend their own to the death. Remember how badly Draco wanted Harry in his corner?

Although Gryffindors might think that Slytherins are cowardly, in reality they just have a strong sense of self preservation, and don’t go running into situations without some forethought. Instead of rushing in, Slytherins will often think of a cunning way to win the day.

Lions and ravens and badgers, oh my! But while Gryffindor has its king of the jungle, Ravenclaw its wise bird, and Hufflepuff its, uh, noble beast, Slytherin has the sneaky Snake, a symbol of Salazar’s Parseltongue abilities. Salazar’s locket, which eventually became Voldemort’s third horcrux, fittingly depicts a snake on its surface.

Salazar’s locket went through quite an odyssey before it landed in Tom Riddle’s Dark Arts hands. A family locket, it was handed down the Slytherin line until it ended up in the Gaunt family. Merope Gaunt—that is, Voldemort’s mother—stole the locket from her father and sold it to Caractacus Burke; the witch Hepzibah Smith then ended up buying it from Borgin and Burkes. Smith made the mistake of showing the locket to Riddle (who worked at the store at the time), and she was found dead just days later, while Riddle went off with his birthright and shiny new Horcrux.

Besides Slytherin himself, there have been two notable Heads of House: Horace Slughorn, the professor who first told Tom Riddle about the Horcruxes, once served as top snake, and everyone’s favorite tragic hero, Severus Snape, was also Head of Slytherin for a time.

Slytherin in general has a pretty impressive list of alumni, even if they haven’t always been the good guys. The House of Black, including Narcissa Malfoy and Bellatrix Lestrange, and Dolores Umbridge all came from Slytherin. But these alums also aren’t always the bad guys either: Andromeda Tonks, mother of Nymphodora Tonks, was not only a Black but also a Slytherin, and was a close ally of the Order of the Phoenix.

Each Hogwarts House is linked to a different element: despite their green emblem, Slytherin is actually connected to water. Snakes have long been associated with water, and have a fluidity and flexibility that recalls water’s amorphous form.

While it is not known exactly how many dark wizards and witches came out of Slytherin before Riddle started school, we do know Riddle recruited his Death Eaters primarily from Slytherin. If we take Ron Weasley at his word, “There’s not a single witch or wizard who went bad who wasn’t in Slytherin.” Granted, that doesn’t mean there aren’t good wizards in the house! #NotAllSlytherins

While Gryffindor House boasts a cozy, tapestry-filled common room, Slytherin students call quite a different common room and sleeping quarters home. Their dormitories are housed underneath the Black Lake in Slytherin Dungeon, and to access Slytherin central you must speak the password in front of a damp stone wall. The only known password, “pureblood,” was used in 1992.

We know this “pureblood” password only because Harry and Ron snuck into the Slytherin Common room, through a clever use of Polyjuice Potion, to find out if Draco Malfoy was the one opening the Chamber of Secrets. Before this incident, no one outside of Slytherin House had been in the common room for over seven centuries!

While Slytherins may not exactly be brave, they make up for it with a very unique skill set: They are gifted at Occlumency (the ability to resist having your mind read by Legilimency). Voldemort, Snape, Bellatrix Lestrange, Draco Malfoy, and Slughorn are all notable Slytherin Occlumens. Indeed, most known Occlumens in the world are Slytherin alums.

Slytherin is the very first Hogwarts House mentioned in the Harry Potter series, in Chapter 5 of The Philosopher’s Stone. It’s also the last house mentioned: at the end of The Deathly Hallows, Harry’s son Albus worries he’ll be sorted into Slytherin.

Voldemort may not be the most (in)famous student Slytherin has ever had: A few years, ago, Rowling herself confirmed that the great wizard Merlin did attend Hogwarts and was sorted into Slytherin. The Order of Merlin First Class even has a green ribbon on it, showcasing Merlin’s connection to the house.

Although the young Harry is desperate to avoid being sorted into Slytherin, the Potters, like Voldemort and Salazar, are distantly related to the Peverell brothers from the “The Tale of Three Brothers.”

When Harry and friends started Hogwarts in 1991, Slytherin had won the House Cup for the past six years—let’s just say they were dominating the game. Even then, when Gryffindor finally wrestled the cup from Slytherin’s grasp in The Philosopher’s Stone, they only did so only on a technicality, as Dumbledore awarded Gryffindor extra points.

Many readers don’t think that Slytherin House was very helpful during the Battle of Hogwarts: in the books, Slytherin students appear to flee as soon as things go south. However, Rowling later clarified that this was not the case: the students actually went “off for reinforcements,” and many returned to fight alongside the rest of the Houses.

3. One House, Many Translations

Harry Potter has been translated into a whole host of different languages, and you can say “Slytherin” in many different ways. In French, the house is called Serpentard, and in Dutch it’s Zwadderich, which ironically translates to “Snake Poison.” In German, Swedish, Arabic, and Spanish, however, Slytherin is just “Slytherin.”

It’s worth repeating: not all Slytherins are bad or destined for evil. In fact, the Harry Potter’s own son, Albus Severus, was sorted into Slytherin upon his arrival at Hogwarts. This is hinted at in The Deathly Hallows, but fully revealed in The Cursed Child. He’ll do the House proud—and maybe set them straight a little.

Slytherin’s house ghost, the Bloody Baron, has a fittingly bloody backstory. He stabbed himself to death in remorse shortly after he brutally murdered Rowena Ravenclaw’s daughter, Helena. He was in love with her, but after one too many rejections he killed her in a fit of rage, then turned his sword on himself. The two (Helena is the Grey Lady who roams for Ravenclaw House) have haunted Hogwarts ever since. Twisted Romeo and Juliet anyone? 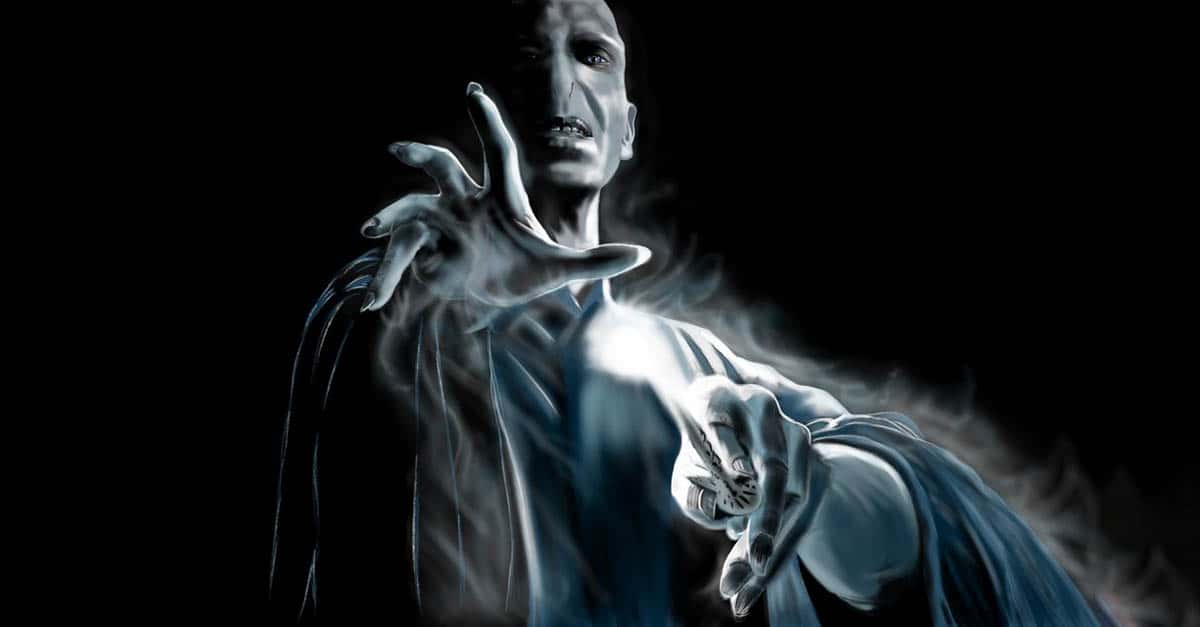 41 Dark Facts About Lord Voldemort, The Most Terrible Wizard In History