This giant of man with a heart of gold is most well known for his line, “Yer a wizard, Harry.” Fans fell in love with this gentle giant from the moment he first bursts in on Harry and the Dursleys in the abandoned lighthouse. Just who is this man, and what else can we learn about him besides the fact he is a half giant? Here’s 20 larger than life facts about Rubeus Hagrid.

On film, Hagrid is actually smaller than his book counterpart. In the film version, he is (based on visual comparisons) about eight feet, six inches; on the page, he is described as 11 feet, six inches. If Hagrid were actually depicted at over 11 feet, filming would have been way more complicated, while making him only slightly bigger than the average wizard made filming group scenes easier, and reduced alterations on sets and angles. Talk about a tall tale!

It’s not unusual for authors to base their characters on real people, and J.K. Rowling is no different. Hagrid was inspired by a very big West Country biker. Robbie Coltrane, who plays Hagrid and has met the man, has said in Harry Potter Page to Screen that the real-life biker is “Just huge and terrifying, And then he would sit down and talk about his garden and how his petunias had been very bad that year.” The real Hagrid is just as much a softie as the book Hagrid!

17. Raised by a Single Parent

Hagrid mentions his dad a lot in both the films and books. Hagrid’s father, a wizard, is never named, and was married to a giantess named Fridwulfa, who left his father to raise his son alone when Hagrid was only around three years old. Hagrid’s father was even short by regular wizard standards, and Hagrid tells Madame Maxime, “Tiny little bloke, my dad was. By the time I was six I could lift him up an’put him on top o’ the dresser if he annoyed me.”

Hagrid’s father died in 1940, leaving Hagrid virtually an orphan, like Harry. Nonetheless, Hagrid was glad his father didn’t live to see his son expelled from Hogwarts.

Before he was expelled from Hogwarts, Hagrid’s wand was 16 inches and made of oak. Although it was broken in his third year, he presumably fixed it up and now keeps it hidden in his stylish pink umbrella, the apparatus he uses to secretly perform magic.

Although Hagrid isn’t so good as cooking, spelling, or a lot of advanced magic, he is very resistant to stunning spells, has incredible strength, and is a very skilled crossbowman.

So Hagrid isn’t very good at cooking, but Pottermore still lists the activity among his hobbies, alongside gardening and care for magical creatures. He’s genuinely great at those last two, but dinner guests soon learn to politely decline his concoctions. But they’re made with love!

Though he takes after his dad when it comes to his personality, his size definitely comes from his mother. The wizarding world is unfortunately very prejudiced against giants (and half-giants), which didn’t make Hagrid’s life any easier. He’s also too big to ride a broomstick like other wizards, and can only ride a magical motorbike. On the bright side, he gets to ride a magical motorbike.

Rowling gets tons of inspiration for her characters’ names from literature, animals, and places: the names Hagrid and Dumbledore show up in a novel by Thomas Hardy. Also, Hagrid’s first name, “Rubeus,” comes from the Latin “rubinius,” or “red.” “Albus” (as in Albus Dumbledore) comes from “alba” meaning “white.” As Rowling as said, “Rubeus (red) Hagrid and Albus (white) Dumbledore…both hugely important to Harry, seem to me to represent two sides of the ideal father figure he seeks; the former is warm, practical and wild, the latter impressive, intellectual, and somewhat detached.”

Furry brown suits, yellow spotted ties and large brown overcoats: It’s safe to say that while Hagrid will never win any fashion awards, he rocked whatever he put on. It also certainly set him apart from others! The only time we see Hagrid being self-conscious about his appearance is when a certain fellow half-giant named Madame Maxime comes onto the scene in The Goblet of Fire .

Hagrid acts as the comedic relief from time to time, but his backstory is no laughing matter. Aside from being abandoned by his mother and then made functionally an orphan at a young age with the death of his father, other family members turned their backs on Hagrid and his family because of his giant parentage. He had no one to turn to, and was essentially a loner at Hogwarts. This vulnerability allowed Tom Riddle to accuse Hagrid of opening the Chamber of Secrets, which resulted in Hagrid’s expulsion.

Even though Hagrid has an extreme fondness for most magical creatures, there is one animal you will never find him keeping as a pet: Hagrid is allergic to cats, and tells Harry in The Philosopher’s Stone that the animals make him sneeze.

Hagrid was a Gryffindor, and still probably considers himself one. He accordingly displays the qualities of a true Gryffindor: brave, loyal, and daring, but also reckless with a very short temper.

The Order of the Phoenix was established in 1970, and Hagrid was a part of the original group established by Dumbledore. Even though he was not allowed to practice magic, he still played a very important role in the Order. After all, it was Hagrid who brought Harry to the Dursleys after Voldemort killed the Potters.

We know Hagrid has a giant half brother named Grawp. However, it was also rumored that Hagrid had an evil twin named Dirgah who hid out in the forbidden corridor, which was why the corridor was off limits to students. It was all a ruse, however, to keep students away from the philosopher’s stone; “Dirgah” is “Hagrid” spelled backwards!

Rowling always had her eye on Robbie Coltrane to play Hagrid. The Scottish actor was already well known, having done major roles in the James Bond franchise, and he was the first adult actor to be cast in the films. If Rowling hadn’t got her way or had relented on the all-British cast, however, we might have seen someone very different on screen: Robin Williams was apparently very keen on playing Hagrid.

3. Thanks for the Memories

Harry had nothing of his real, immediate family; no pictures or tokens. It was Hagrid who called upon Lily and James’ friends to create a photo album for Harry. Talk about dedication, and making sure Harry had some kind of way to remember his family!

Coltrane is one of the special principal cast of 14 actors who appear in every single Harry Potter film (not including the new Fantastic Beasts).

1. Hasn’t He Been Through Enough?

Rowling revealed a heartbreaking truth about Hagrid when she admitted that he couldn’t cast a Patronus, as it is a type of spell that would be too difficult for him, since he was expelled from Hogwarts. 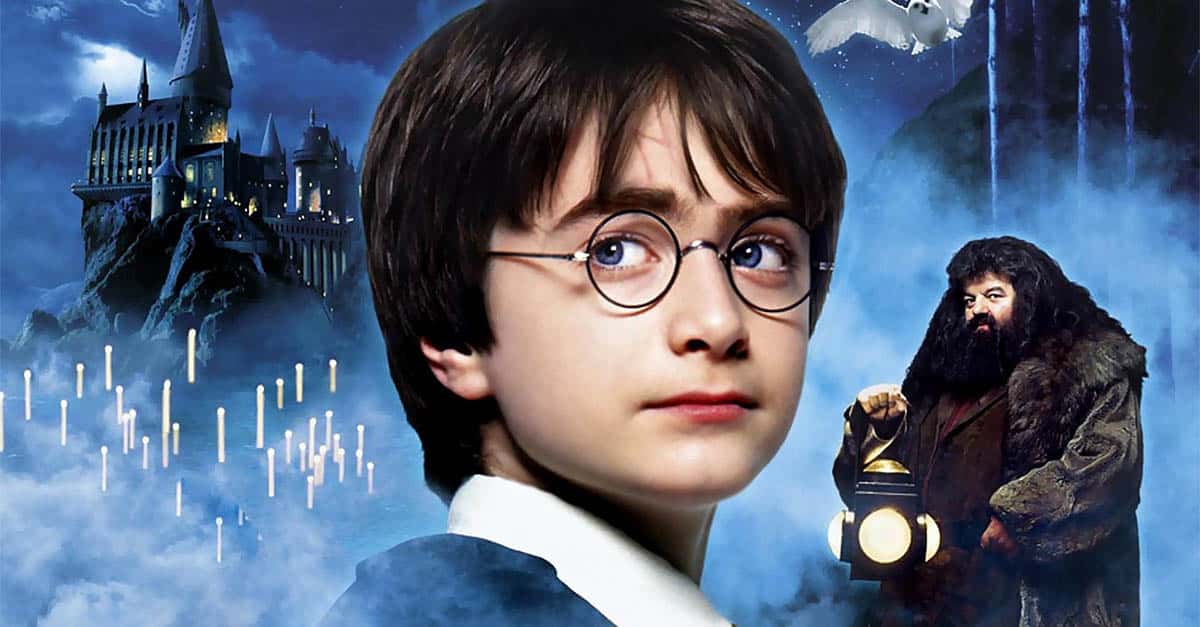 Magical Facts About Harry Potter And The Sorcerer’s Stone