Demi Lovato has been through a metric ton of drama in her life, but it’s never stopped her: she’s always outspoken about the things she believes in. So when an extremely offensive ad popped up on her feed, she immediately called it out in the most Demi way imaginable.

But then Kim K. got involved.

As soon as she did, the whole thing went from 0 to 60 real fast when the Internet jumped in. We’ve got all the details and comments from both sides of the story—so let’s get this sorted.

First, we’ve got to check in on Demi.

Demi has always struggled bravely and very openly with her sobriety, and the Confident singer has recently been in a whole rash of trouble.

Honestly though, is this really anything new for a former child star? Hollywood will chew you up and then spit you out.

In July, Lovato was taken to the hospital and then rehab after an incident involving illicit substances.

“This illness is not something that disappears or fades with time,” she said in a statement after the event. “It is something I must continue to overcome and have not done yet.”

But that wasn’t the only trouble Demi got into.

We all want the best for Demi, but sometimes her demons get in her way.

Demi’s most recent boyfriend Henri Levy, a fashion designer, has been in some legal hot water.

Former employees of Levy’s have begun suing him for things like failing to pay their overtime wages and wrongful termination.

He first went to rehab when he was 15 years old, and has also struggled with his sobriety. Since his first stint in rehab, his life has been full of ups and downs, just like Demi’s.

Some sources say that Demi’s family and friends fear for her well-being with Levy, but that right now Lovato is standing by her man.

She always was ridiculously loyal and good-hearted.

All of this hardship has made Demi extremely honest and open.

Demi’s Yotube documentary Simply Complicated detailed her long road to sobriety as well as her international stardom, and throughout the doc, Demi never shied away from face-to-face interviews about her troubles.

One of the other issues Demi has always been open about is her battle with her eating disorder.

Demi has fought with bulimia since she was only a teen.

Demi has also admitted to self-harming in the past.

Among other things, Demi’s documentary Simply Complicated exposed her journey away from self-harm.

But she’s made heroic efforts to kick the habits brought on by her eating disorder and other addictions.

For over a year, Demi even spent time in sober-living facility located in Los Angeles. She felt she was getting back into her old habits and letting her demons control her.

Even with all her efforts, Demi still slides back from time to time.

There was her visit to rehab in 2018, but she’s had relapses before. She even admitted that she was still using during her 2012 documentary Demi Lovato: Stay Strong.

With all of these temptations around, she has to stay vigilant to keep her sobriety and her health.

She recently said that she was going to take the time to “heal and focus on my sobriety and road to recovery…I look forward to the day where I can say I came out on the other side.”

So when a fat-shaming ad popped up promoting Game of Sultans, it must have been incredibly difficult and hurtful for her.

She’s had enough hardship in her life, she doesn’t need anymore!

Demi was understandably triggered by the ad, and took to her Twitter to express her disgust.

Her clapback was pretty epic:

“Just called out Instagram and some bull**** game on my insta stories.. go check it out. Always speak up for what you believe in!” She said.

The Internet applauded Demi for her outspoken championing of body positivity.

I mean, people were really jazzed about it.

Obviously, this was something on everyone’s minds before Demi spoke up.

Lots of women voiced their support, saying that they too felt upset about the ad.

It’s always nice to feel seen, especially by someone with as much of a voice as Lovato.

Others thanked Demi for pointing out the problem at last.

It’s easy to just brush things like this off, but that doesn’t make it okay!

Many people wanted the game to focus more on building women up rather than dragging them down for their bodies.

Everyone is beautiful in their own way, and ads like can do a lot of harm to women, both mentally and physically.

With all this publicity and response, it was only a matter of time before another celebrity commented on Demi’s post…

Gotta get in on the fray.

…And that’s where Kim Kardashian came in.

To be clear, Kim K. and Demi have a pretty friendly history together.

They both have spent a lot of time in the spotlight, and that’s gotta be a bonding experience for two young women.

In 2017, Demi and Kim both dressed up as legendary Latina singer Selena for Halloween.

What could have been an embarrassing moment turned into an absolutely fabulous one.

Demi left a lot of people feeling very thirsty. But there was actually some drama with that.

She does look great.

You see, Demi’s Selena posts got a lot of love from the Internet…

I mean, if you look that good in a purple jumpsuit, you’re contractually obliged to wear it and show the world.

On the other hand, Kim’s Selena costume got a lot of hate.

Twitter was just not feeling the Kardashian interpretation of Selena, especially in comparison to Demi’s posts.

People accused Kim of not “appreciating how amazing [Selena] was” and said they were “uncomfortable” with Kardashian’s portrayal of the singer.

I guess to the Internet, Kim K. just doesn’t seem like the “Selena” type.

Despite this potential drama, the two have always presented a united front online.

Two ridiculously beautiful, rich girls have to stick together, am I right?

In fact, after Demi’s most recent relapse and her visit to rehab, Kim Kardashian publicly supported the singer on her Twitter.

“Sending lots of light and prayers to you baby girl,” Kim wrote.

In another show of support, Kim retweeted Demi’s comment about fat-shaming in the Game of Sultans ad.

Doing her sister a solid.

She responded with three applause emojis. Just glancing at it, there doesn’t seem to be anything wrong with it.

But the Internet absolutely blew up at Kim.

People were quick to call Kim “hypocritical”—and they seemed pretty mad about it.

They were super unhappy with the reality TV star. But why?

Lots of people thought it was not a good look for her.

Apparently, people were upset that Kim would applaud the post because she frequently posts weight loss supplement ads.

After all, Kim is a really desirable celebrity for Instagram promotions.

And that’s the tea.

She’s also posted about FlatTummyCo’s appetite-suppressing lollipops. For many people, this all contradicted her support of Demi’s body positivity.

This kind of advertising is exactly what didn’t sit well with Twitter.

Still, some people supported both Demi and Kim for their tweets.

This woman was just happy the fat-shaming issue was being addressed.

Regardless of all this drama, it’s safe to say that what Demi needs heading into this new year is good vibes all around—and she was about to get some.

That’s because Instagram was forced to issue an apology for the offensive Game of Sultans ad.

In a statement given to TMZ, Instagram said, “We’re sorry. This ad was approved by mistake. We reviewed it again and removed it from future delivery in people’s feeds.”

Now Demi can move on to bigger and better things: her health and happiness.

We wish you the best, Demi. 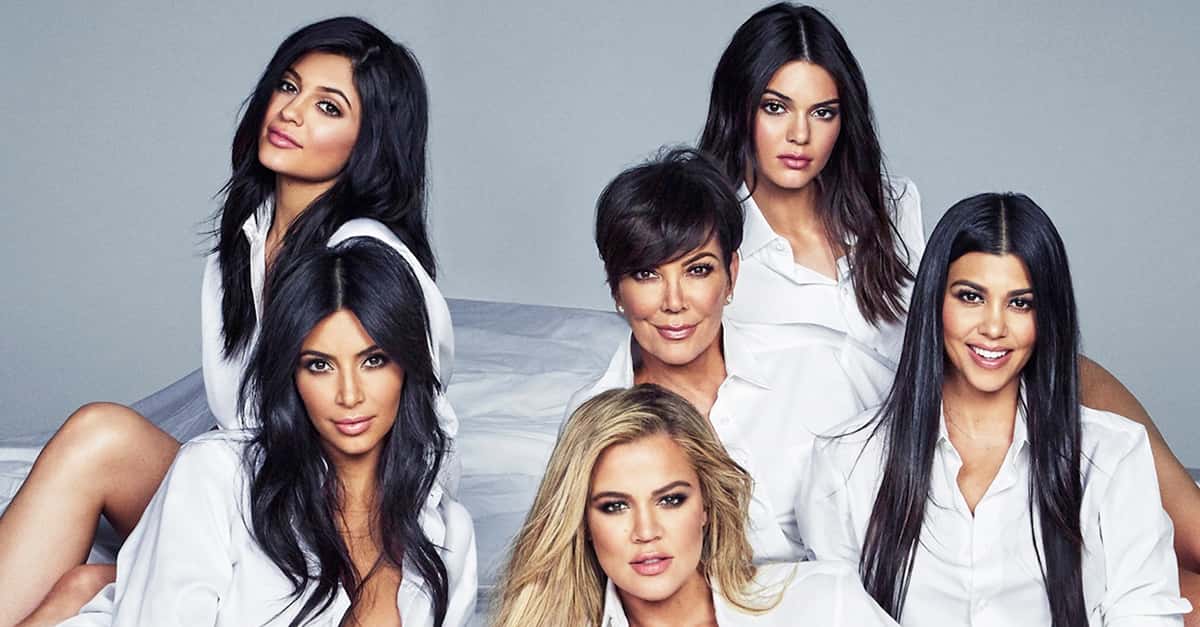 14+ Scandalous Facts About The Kardashians

14+ Scandalous Facts About The Kardashians