Born as Victoria Adams, fame turned her into Posh Spice and the married life switched her name up again to Victoria Beckham. She got her start as a member of the ever-famous Spice Girls and went on to create her own fashion empire—plus there was that whole fairytale love story thing. Here are posh facts about Victoria Beckham.

When Victoria Beckham was in the Spice Girls, her moniker was Posh. It gave the image that she was wealthy and rich—and yet, it wasn’t something she wanted to define her. When her dad took her to school, she didn’t want him to take the family’s Rolls Royce because she simply didn’t want that kind of image portrayed of herself. And yet, her family really was wealthy. Her dad was an electronics engineer.

Turns out she flew under the boys’ radar when she was in school. Strange, right? “I really wasn’t popular with the boys,” she said. “They weren’t interested in me.” And when a boy finally did ask her out? They went to McDonald’s.

3. Spice Up Your Life

Before the Spice Girls were formed, Victoria Beckham had already met three of the other girls. Emma Bunton was in a play with Beckham when they were just kids, while she and Geri Halliwell were each after a role in the 1995 film Tank Girl. Melanie Chisholm went to a rival school when they were teens. She would meet Melanie Brown at the auditions for the girl group. “We were going to be the Spicy Girls, but then…there was an adult site called the Spicy Girls,” she said. “So we had to change it, because obviously, that wouldn’t have been very good.”

4. The Film That Started It All

We might be able to thank her mom for her interest in singing. Victoria Beckham was eight years old when her mom took her and her sisters to see Fame, and decided she wanted to be like Coco, a great singer, and dancer.

5. Dancing Her Way To Fame

She took her love of dance from Fame and studied at Laine’s Dance School. Crazy though, she didn’t take that love any further after graduating, even though a lot of her friends went on to jobs like dancing on cruise ships. Instead, Beckham tried out for the musical Bertie, even though she didn’t think she’d get a role. Why, you may ask? She thought she was a terrible singer. She didn’t have to fear anything, because she did get a role in that play.

6. Before There Was Spice Girls

Have you ever heard of a band called Persuasion? Yeah, no one has. Long before Spice Girls, Beckham was in this group with two guys, with their biggest (if you can call it biggest) hit being “Be the One.” And, if you answered yes to hearing about this group, maybe you saw them performing at some of the various disco clubs they frequented.

7. She Could Have Been A Tomb Raider

Picture this: Lara Croft as played by Victoria Beckham. It could have happened! She tried out for the role in 2001’s Tomb Raider, but wound up losing to Angelina Jolie.

8. A Small Piece Of Controversy

In 2001, Victoria Beckham wore a fake lip ring while doing a solo performance. Seems pretty innocent enough, right? According to the British Dental Association, not so much. She took heat from them because they said it was a bad example for her younger fans. She told British People magazine at the time “I had no idea it would cause this much fuss.”

In 1997, David Beckham, who was playing soccer for Manchester United, decided he needed to meet then Victoria Adams. Why? Well, he had a huge crush on her! Just remember, this was when Spice Girls was the biggest thing since sliced bread. The pair married just two years later, four months after their son Brooklyn was born.

10. The Wedding Of The Century

Her posh streak continued at her wedding to David Beckham. They actually got married at a castle in Ireland, no word of a lie! Held at Luttrellstown Castle, the whole thing cost over $600,000 by today’s standards. And, to top it all off, they each had a golden throne to sit on. Rumor has it that the only music played during the reception were Spice Girls songs as performed by an orchestra.

It’s highly unlikely that we’ll ever see it, but Victoria Beckham has a tattoo at the base of her spine. There are four stars, each with eight points, which represent her, husband David Beckham, and the couple’s two oldest sons, Brooklyn and Romeo.

She said she was very surprised when she found out she was pregnant with her first child since she had been suffering from polycystic ovary syndrome. The good news is, she had the usual odd cravings throughout her pregnancy, like pickled onions and fruit pastilles. The actual birth was a little rough, since little Brooklyn’s head wasn’t as it should be, so she had to undergo an emergency cesarean section.

To top it all off, her weight suddenly became a hot topic, about which she said: “After Brooklyn was born I lost a lot of weight. From being Podgy Spice pre-Brooklyn, I had become Skeletal Spice. What upset me was that I ate like any normal person, but I lost weight.”

Beckham’s oldest sons have a couple of pretty famous godparents: Elton John and Elizabeth Hurley. Her daughter Harper also has a famous godmother: Eva Longoria. Beckham herself is also a godmother, alongside Bunton, for Halliwell’s daughter Bluebell.

That famous bob hairstyle she rocks these days? You can thank her husband for that. After having long hair by way of extensions for years, he suggested that she cut it all off and go with a shorter style. She did, and the rest is history!

After moving on from the Spice Girls and her singing career, Beckham went on to dominate the fashion world. She was recognized by the Queen in 2017 with the Officer of the Order of the British Empire for her services in fashion.

16. Clothing for all Women

If you’ve ever bought or even thought about buying something from her fashion collection, chances are you won’t mind the pricing. It’s affordable! “I’d like to offer clothes to people that can’t or don’t want to pay designer prices,” she said. “I really want to make women feel great and be empowered. I still want to reach out to that customer. It’s just figuring out who to do it with and when to do it.”

17. Words Can Truly Hurt Her

Believe it or not, Victoria Beckham had body issues when she was younger. She had a bit of weight on her and her mom nicknamed her “fat puppy,” which led the young Victoria to be self-conscious.

18. The Scars of Adolescence

She didn’t have only body issues when she was younger, but she also battled acne. She would wear so much makeup to help cover it all up, but a teacher always made her wash it off. Still now, she goes for treatments for her skin, but isn’t always honest with her husband about what she’s getting done. Basically, she will tell him that she’s going for a meeting, but then come back from it not wearing makeup—which he calls her out on.

She’s said that he’s told her it isn’t like her to not be wearing makeup. A good eye for detail that one has!

Way, way back in the early 2000s during an interview on a morning show, Victoria let slip a secret about her husband David. She admitted to David liking her underwear so much that he wears them himself! And apparently, thongs are his favorite. When asked about it, surprisingly David didn’t deny any of it! “She said a few things in the past that we really laugh about. Um, about me wearing her underwear. … She’s just an honest person and it’s all true.” Hey, whatever floats your boat.

We all think celebrities have easy lives, but they also come with a lot of risks. Take, for instance, the time when a group of people was planning on kidnapping Beckham. It wasn’t too long after she gave birth to her first son, and they were going to hold her for ransom for five million British pounds. In 2002, two reporters from News of the World went undercover with this group, exposing their plan to the authorities.

Law enforcement detained five people for planning the kidnapping, which ultimately saw no harm done to the singer. 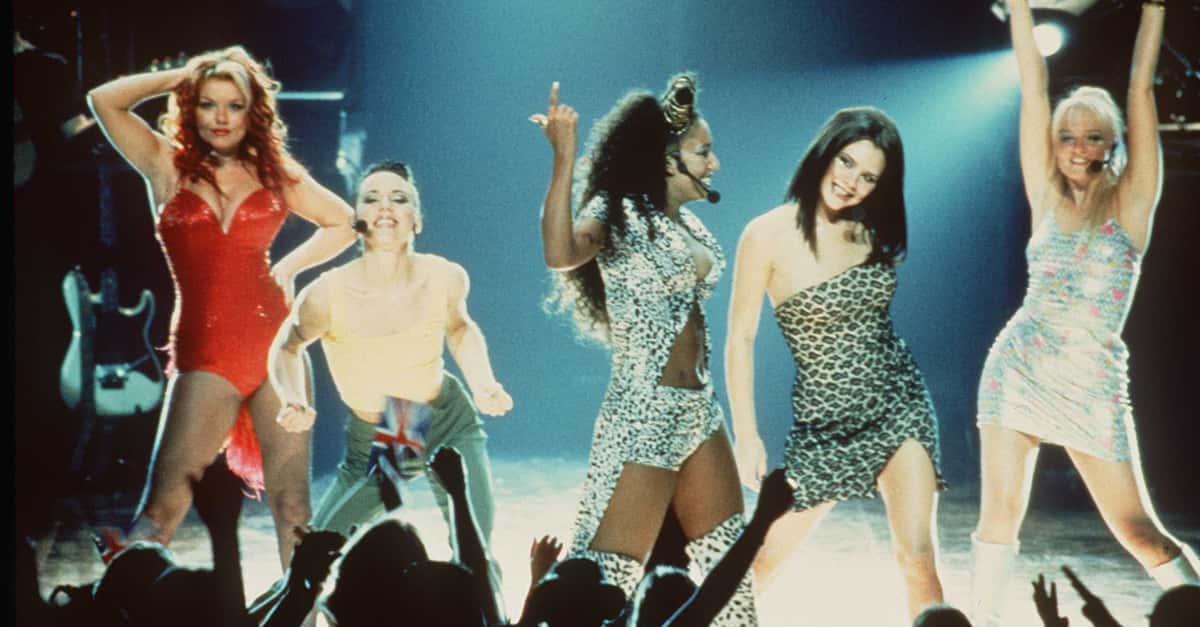