Jamie Lee Curtis is one of those celebrities you just can’t really hate. Whether you love her for her iconic roles in scary movies, or for her humanitarian causes, chances are there’s something about her that just makes you happy. Forget Halloween: any time of year is a good time to dust off that Halloween boxset and praise the scream queen herself. Here are 25 terrifying facts about Jamie Lee Curtis, the queen of horror.

Curtis’ very first role remains her most well-known: she played the ultimate Final Girl, Laurie Strode, in the original slasher flick Halloween. The film was an instant horror classic, with Curtis appearing in a selection of sequels including 2018’s smash hit reboot. Here’s hoping for more Halloween from the ultimate scream queen!

Apart from acting, Curtis is also a well-known writer. She is a blogger for The Huffington Post, and has published over a dozen children’s books.

In 1994, tragedy struck the Curtis family when Jamie Lee’s half-brother Nicholas died of a heroin overdose. The young musician was only 22 years old.

After Halloween, Curtis went on to act in a few other horror films like The Fog, Prom Night, and Terror Train. These films earned Curtis the title of “scream queen” for her iconic shriek and her ability to outwit assailants and survive the night. This is a title she’ll probably never shake, and why would anyone want to?

5. Screams: They Run in the Family

Curtis’ parents were Tony Curtis and Janet Leigh, both beloved Hollywood actors. Her mother even starred in one of the most famous horror movies of all time, Psycho. Now I see where she got that scream.

In an interview with NME, Jamie Lee Curtis made a controversial statement. Despite starring in some of the most iconic horror flicks of all time, she said that she does not enjoy horror movies. She said, “I do not like horror movies. I do not say this for a joke, although it gets a laugh, I really don’t. There’s nothing I like about being scared.” As long as she keeps acting in them, I’m satisfied.

Curtis and her father, who are both of Hungarian Jewish descent, reconnected with their roots in the 1990s. They did so with an utterly heartbreaking gesture: the duo helped rebuild the Great Synagogue in Hungary by donating funds to repair the building, which was heavily damaged during World War II. Curtis really has her hands in a lot of different projects.

Curtis is married to director, actor, and screenwriter Christopher Guest, most famous for the mockumentaries This Is Spinal Tap and Best In Show. Apparently, Curtis first saw Guest in a photo in Rolling Stone and said to her friend, “Oh, I’m going to marry that guy.” A mere five months later, she did just that. They’ve been together ever since.

Even though Curtis and her husband enjoyed a happy marriage, the couple struggled with an utterly heartbreaking problem: infertility. After two years of trying to have a baby, they adopted a little girl named Annie. Almost a decade later, Jamie Lee was present at the birth of her adoptive son Thomas. She even cut the cord. In an interview, Curtis cooed over her children: “I would give my life for this child,” she said of Annie.

Jamie Lee Curtis is the godmother to actor Jake Gyllenhaal. The two appear to have a great relationship in photographs, always smiling and laughing. Plus, Gyllenhaal was the one who convinced Curtis to star in the latest, excellent Halloween movie. Thanks, Jake!

Curtis is a known activist for several humanitarian causes. One of these events saw her acting in the play 8, a re-enactment of the trial that overturned the same-sex marriage ban. She starred alongside Brad Pitt and Martin Sheen.

While she certainly doesn’t fall under the normal demographic for World of Warcraft players, Curtis has proven herself to be quite the fan. She even went to Comicon in full cosplay, expertly avoiding detection.

Long before she started publishing children’s books, Jamie Lee Curtis used her pen for a much spookier story. The actress wrote a treatment for a film called The Myth, which she planned to produce through her production company. It was to be a natural-disaster survival film about a series of devastating earthquakes, volcanoes, and storms that all happen at the same time. Even though the premise sounds really fun, sadly the film never got past a twenty-page treatment.

Jamie Lee Curtis and Sigourney Weaver are both statuesque scream queens, respectively leading the Halloween and Alien franchises. You’d think they’d be enemies, but actually, they’re celebrity BFFs. However, Curtis has never seen all of Weaver’s most famous film, Alien, claiming it was too scary for her. She really must hate horror movies.

Technically, we should call Jamie Lee Curtis the Scream Baroness instead of the Scream Queen. When her father-in-law died, his title of 5th Baron Haden-Guest transferred to his son (and Curtis’ husband), Christopher Guest. With this transformation, Curtis became “Baroness Haden-Guest.” She doesn’t go by this title, and neither does Guest, although technically they could.

In her prime, Curtis’ legs were insured for $1-million! They were a pretty hot commodity at the time.

17. Jaqueline Of All Trades

Although she still acts in the horror genre, Curtis made her first reach out of horror with the classic Dan Akroyd/Eddie Murphy comedy Trading Places. This role was a huge success, even winning Curtis a prestigious BAFTA award. Her next flick, the hilarious A Fish Called Wanda, earned her another nomination.

Over the last few decades, Jamie Lee Curtis has been at the center of a very strange rumor. Gossip mills whispered that Curtis was born with both sexes, and only became female after birth. This has never been proven, however, with Curtis knowing well enough not to feed the trolls. And besides… why would anyone care about such a thing?

19. What Could Have Been

Curtis attended the University of the Pacific in California. Her original intention was not to get into acting at all, but to become a social worker. She decided after a single semester that she wasn’t into it, and started pursuing acting.

If her career as a children’s book author isn’t proof enough that Curtis loves kids, her leadership role at the Children’s Hospital of Los Angeles should be. Curtis even supported the opening of an inpatient facility for the hospital, and spends time visiting terminally ill children. What a hero.

Some celebrities have weird hobbies. Jamie Lee Curtis is no different. The iconic Final Girl holds the patent for, of all things, a new type of diaper. It’s a diaper with a pocket attached that holds easily accessible wipes. She filed the patent in the 80s, and it went to the public domain in 2007. You do you, Jamie.

Jamie Lee Curtis seems approachable and charming, but don’t let her smile fool you: she has seen her fair share of darkness. The actress struggled with addiction throughout her decades-long career. She depended on cocaine and alcohol as a young woman, only for things to get even worse. In 1989, she had a routine plastic surgery procedure. As part of her recovery, she was prescribed painkillers. Tragically, Curtis became addicted to the pills.

It took Jamie Lee Curtis a long time to open up about her struggles with opioid and alcohol dependence, but if the Halloween movies taught us anything, it’s that she’s a survivor. In 1998, Jamie Lee Curtis finally broke her silence. She confided in her beloved sister, who urged Curtis to get help and overcome her addiction. Curtis has now been sober for nearly 20 years.

When Curtis’ father died, the entire Curtis family felt intense grief. But as time passed, their sadness transformed into a profound sense of betrayal. It turned out that Curtis had cut all his children, including Jamie Lee, out of his will. Instead, all of his belongings were auctioned off. But that’s not even the worst part: Curtis gave no reason for his cruel final gesture. His widow received everything instead.

Although her father Tony Curtis died in 2010, Jamie Lee Curtis only recently revealed the dark secret she shared with her him. While opening up about her past addiction problems, Curtis confessed that she’d once shared illegal substances with her father. Not really a run-of-the-mill way to bond! While Tony Curtis went to rehab in the 80s, Jamie Lee Curtis finally got sober in 1999. 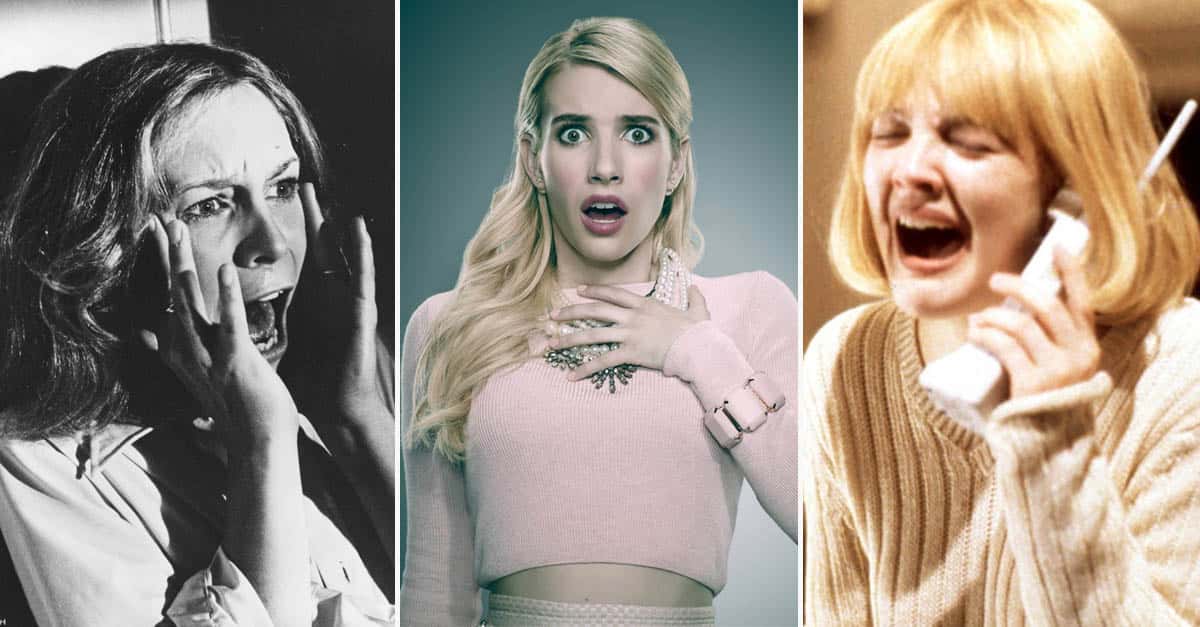