Barack Obama was the 44th President of the United States, and the first African American to serve as president. His historic presidency, however, is only one of the many interesting facts about Obama. Here are 44 facts about the 44th president.

Obama was born on August 4, 1961 in Honolulu, Hawaii. He was the first president to be born in the 50th state and the first born outside of the continental United States.

While he was in Indonesia, Obama had a pet ape named Tata. The Obama family now has two Portuguese water dogs, Bo and Sunny.

In high school, Obama was known as the “O’Bomber” in reference to his basketball skills.

His grandmother, with whom he lived in Hawaii for many years, had cute nicknames for him that included “Bear” and “Bar.”

People called Obama “Barry” until university. Once he got to Harvard, he asked that people called him “Barack.”

It’s a good thing Michelle cooks for her husband, because she says Obama doesn’t often get the chance to prepare meals. When he does, Michelle says the former president likes to cook chilli.

One treat Obama doesn’t enjoy? Ice cream. He worked at Baskin and Robbins as a teenager and had his fill of the frozen dessert.

In 2006, Obama won a Grammy for best spoken word album for the audiobook of Dreams From My Father. Presidents Bill Clinton and Jimmy Carter have also won grammys in the same category for their books.

Obama is left-handed, and is the sixth post-war president to be a southpaw.

24. Freezing for a First

Obama was also the first sitting president to enter the Arctic circle: In 2015, he visited Kotzebue, Alaska to view firsthand the effects of climate change on the area.

Another presidential first was his visit to a federal prison: the Federal Correctional Institution, El Reno in Oklahoma.

Obama was the first president to declare his support for same sex marriage; he did so during his second term.

Obama has been very open about his teenage drug use. He has openly admitted to using marijuana and cocaine in high school. “I inhaled frequently. That was the point.”

Obama jokingly admitted to a UN official that he quit smoking because he was afraid of his wife. The offhand comments were inadvertently caught on a hot mic!

While studying at Harvard, Obama put his name forward to be a model for a black pin-up calendar. The all-female committee rejected him.

Obama has read every single Harry Potter book with his daughter Malia.

While campaigning, Obama refused to watch CNN and instead opted for checking out sports channels.

Obama’s favorite films are Casablanca and One Flew Over the Cuckoo’s Nest.

In 2008, a microbrewery in Williamsburg created a new brew called Hop Obama. It sold out in six days.

If he hadn’t discovered politics, Obama says he would have become an architect.

Obama gets his hair cut every week by his barber, Zarif, in Chicago. The cost? $21.

He was also named Time magazine’s Man of the Year in 2008.

Obama owns four of the exact same pair of black shoes in size 11.

Obama’s favourite television shows are The Wire and Homeland.

Michelle and Barack Obama went to see Spike Lee’s Do the Right Thing on their first date.

At his 2009 inauguration, Obama achieved one of the highest ever approval ratings for an incoming president–69%!

The Secret Service agents who guarded Obama called him “Renegade,” and the code name was actually used because Obama had chosen it. He was given a choice of four nicknames, which all started with “R.” As per tradition, his family member were given code names starting with the same letter. His wife, Michelle, was known as “Renaissance,” and his daughters Malia and Sasha were respectively known as “Radiance” and “Rosebud.”

Obama holds the record for the tweet with the most likes of all time. In response to the Charlottesville tragedy in August 2017, Obama tweeted the beginning of a Nelson Mandela quote. The inspirational tweet was retweeted 1.7 million times and liked a whopping 4.5 million times. 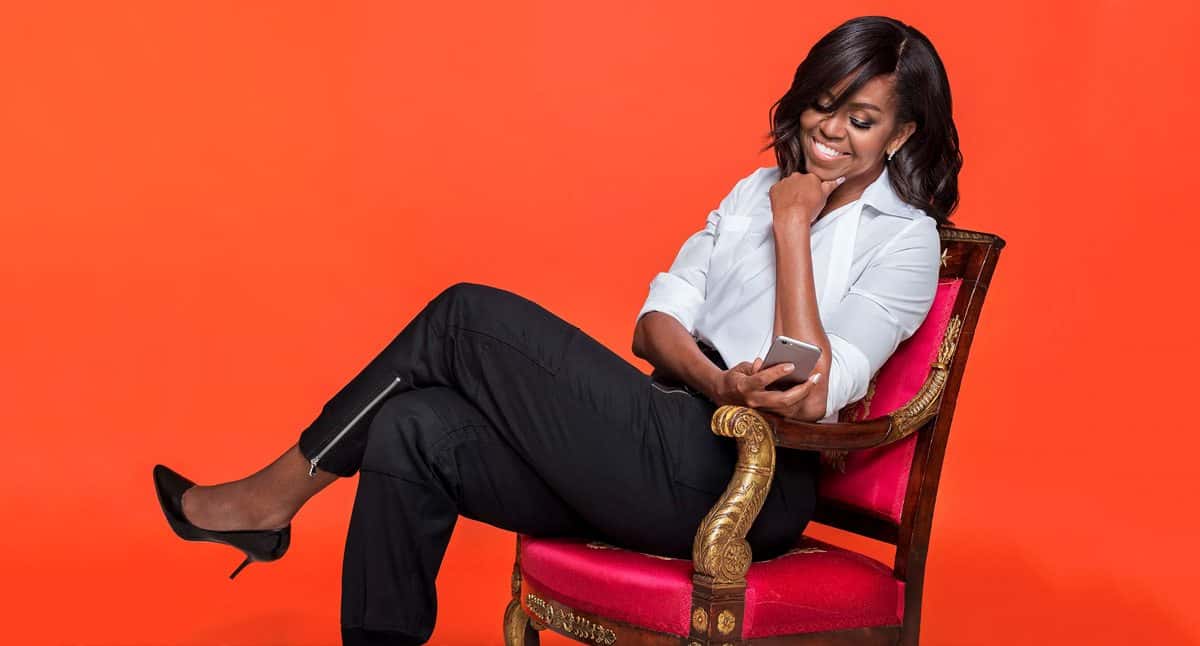