“I’m just into making quality stuff if I can, with interesting people and good scripts. But it’s very important that it’s about something and that it says something. Otherwise, I don’t know what the point is, really.”—Ewan McGregor.

Ewan McGregor has played a wide range of roles over his career. The talented, versatile Scotsman has played the recovering addict Renton in Trainspotting, the sage Jedi Obi-Wan Kenobi in Star Wars, and a genetically engineered clone in the sci-fi thriller The Island. From humble, indie beginnings to a major marquee name, McGregor’s acting chops have taken him a long way. Off screen, he’s adventurous, charitable, and an avid motorcycle enthusiast, which has taken him on some amazing adventures. So what else is there to know about Ewan McGregor? Here are 25 facts to get you started.

After he found out that he landed the role of Obi-Wan Kenobi, McGregor took part in his first ever lightsaber duel. During an all-night party at Oasis singer Noel Gallagher’s house, he fought the host with a prop lightsaber. Not clear who won. Except, maybe all of us?

McGregor was originally slated to play the lead role in The Beach, before studios ultimately ensured that the role went to Leonardo DiCaprio. McGregor had already worked with director Danny Boyle and screenwriter John Hodge on Shallow Grave and Trainspotting.

McGregor has a great friendship with fellow British actor Jude Law. The two even spent some time as roommates together in London.

In 2001, at the graduation ceremony for the University of Ulster in Belfast, Northern Ireland, McGregor was presented with an honorary doctorate.

Taking on the role of Obi-Wan Kenobi for Star Wars: Episode I – The Phantom Menace was one of McGregor’s first major roles in a blockbuster film. Until Star Wars came along, McGregor was actually averse to appearing in major films and instead opted for indie and low-budget projects.

By the age of 16, McGregor had left school and decided to make it on his own. One of his first opportunities as an actor came from working as a stagehand at Perth Repertory Theatre where he would occasionally be able to play small roles in their productions.

19. Around the World in…a Lot of Days

McGregor is an avid motorcyclist and in 2004 he put his skills to the ultimate test. Along with his friend Charley Boorman, McGregor took a motorcycle trip around the world, starting in London, England, and traveling east all the way across Europe and Asia before flying across the Pacific to Alaska and continuing across North America to finish in New York City. The trip became a book and eventually a documentary, both called Long Way Round. In 2007, the two of the reunited for a second epic adventure, this time riding their bikes from the northern tip of Scotland to the southern tip of Africa, calling this trip Long Way Down.

18. Mimicry is the Sincerest Form of Flattery

While preparing for his role as Obi-Wan Kenobi, McGregor closely studied the films of Alec Guinness who played the character in Star Wars: Episode IV – A New Hope. He wanted to make sure he got the accent, gestures, and even the pacing of the words just right.

Both of McGregor’s parents, Carol Diane and James Charles McGregor, were teachers in Perth, Scotland. But as a kid he might have picked up the acting bug from his uncle Denis Lawson, who appeared in the first instalments of the Star Wars series as X-Wing pilot Wedge Antilles.

The McGregors seem destined for adventure. Along with Ewan’s motorcycle exploits, his brother Colin is a top pilot, flying for the British Royal Air Force. Not just any old fighter pilot, Colin is a part of the famous Tornado display team who give demonstrations around the world.

When Channel 4 in Britain polled audiences for the greatest movie stars of all time, the people voted McGregor the ninth best star. Of all time!

When McGregor was filming his parts as Obi-Wan Kenobi, he kept getting carried away during the lightsaber fight scenes. Despite George Lucas continuously reminding him that all the effects would be added in post-production, McGregor kept making the lightsaber sounds as he fought. I mean, wouldn’t you?

To prepare for his role in Trainspotting, McGregor read books about crack and heroin. He also visited an organisation for recovering heroin addicts in Glasgow called the Calton Athletic Recovery Group. The group show up in the movie in a photograph as a football club.

For the close up shots of McGregor injecting heroin in the movie Trainspotting, a prosthetic arm was created. The make-up department had to make an arm that featured pulsing veins, small pockets of blood, and smack tracks.

11. Getting in to Character

In order to play the role of Renton in Danny Boyle’s Trainspotting, McGregor had to lose 28 pounds and shave his head. He lost the weight by drinking wine instead of beer and only eating grilled food. Sounds like a proto-Mediterranean diet.

Just prior to graduating from the Guildhall School of Music and Drama in London, McGregor scored his first major role in Dennis Potter’s mini-series for Channel 4 called Lipstick on Your Collar.

At the age of 18, McGregor left his hometown of Crieff, Scotland, to attend the Guildhall School of Music and Drama in London, England. The conservatoire counts a few major stars among its alumni, including Lily James, Hayley Atwell, Peter Cushing, Jodie Whittaker, and Daniel Craig.

Not only does he use his motorcycle for amazing adventures, he also uses it for good. In 2012, McGregor used his motorcycle to deliver vaccines to children in remote areas of India, Nepal, and the Republic of Congo. The journey was made into a two-part BBC documentary and he did the work as a part of his role as a UNICEF ambassador.

McGregor has received to major state awards for his work as an actor and his philanthropic endeavors for UNICEF. In 2010, he received the “Chevalier dans l’Ordre des Arts et Lettres” from the French government. In 2013, he was appointed an Officer of the Order of the British Empire (OBE).

In an interview with the Los Angeles Times, McGregor spoke out about the censoring of the sex scene in Trainspotting. For the American release of the film, censors cut down the sex scene, which McGregor found ridiculous: “They obviously didn’t like the idea of a young girl having enjoyable sex.”

The famous overdose scene in Trainspotting required a bit of creativity to film. The stunning shot of McGregor falling through the floor was achieved by using a trap door. Crew members lowered McGregor through the door to the give the falling effect.

McGregor is certainly one who is dedicated to his craft. In order to play the role of Dr. Alfred Jones in the film Salmon Fishing in Yemen, McGregor learned the difficult art of fly fishing. Some would say he’s quite the catch.

McGregor’s mother, Carol, makes a brief appearance in one of her son’s first breakout films, Shallow Grave. Carol makes a cameo appearance as one of the prospective flatmates for her son’s character!

While on his epic trip around the world in Long Way Down, McGregor, Boorman and their crew had to deal with a lot, from car accidents to equipment theft, but maybe the most psychologically draining hazard was the mosquitos they had to deal with in Kazakhstan. While audiences saw how badly McGregor’s forehead swelled up due to a bite from one of the pests, what they didn’t see what how lumpy and swollen his penis got after not one, not two, but three separate mosquito bites. Of the unsettling ordeal, McGregor said “I will never forget the shape after I got three massive mosquito bites… It looked terrible. It was a very strange experience having the shape of it altered.”

Ewan McGregor began appearing in the TV series Fargo in 2017 and won an Emmy for his performance in January 2018. In his speech, he thanked both his wife of 22 years, Eve Mavrakis, and his Fargo co-star, Mary Elizabeth Winstead. The problem? It had recently come out that McGregor and Winstead were dating and that McGregor and Mavrakis were separated. His daughter Clara stirred the pot even more when she made disparaging comments about Winstead on an Instagram fan account for the actress, calling her “trash.” 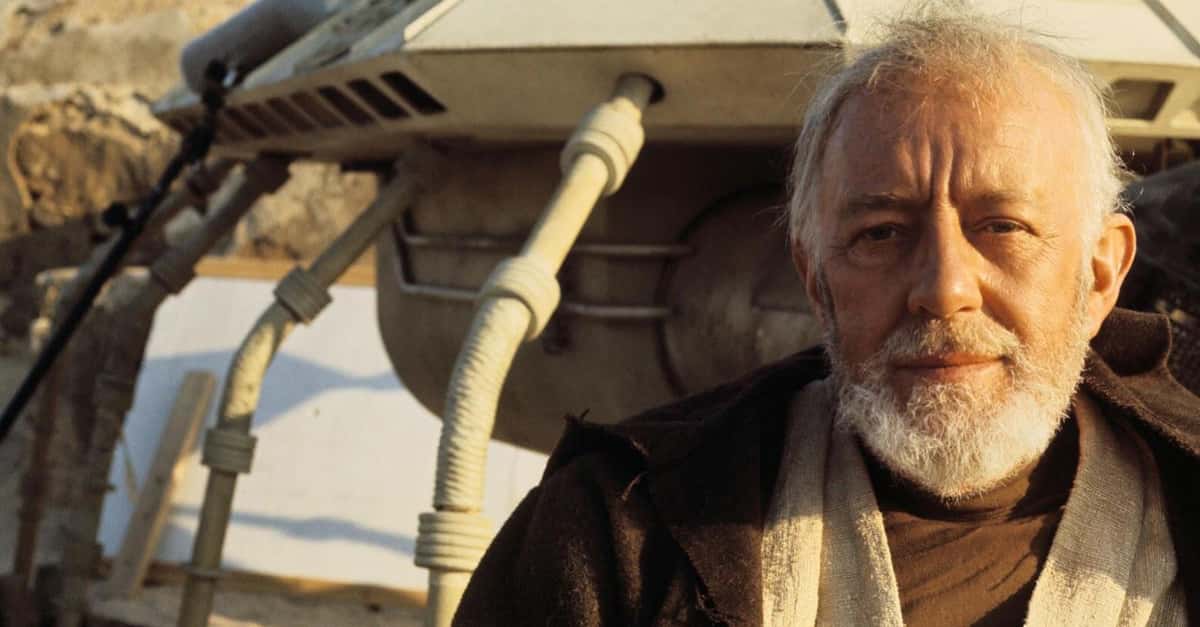