“I’ve always been the biggest fan of hers, but not until you’re in the room when she does what she does do you know why she’s so phenomenal. She is the most unbelievably talented person, powerful person, kindest person. She makes everyone around her better”—John Krasinski on working with his wife, Emily Blunt, for the first time.

Imagine appearing in one of your first films alongside none other than Meryl Streep and still having your performance lauded as a breakthrough? Emily Blunt may actually be the only actress to have had that unique honor when she hit the screens as Miranda Priestly’s co-assistant and Andy’s work frenemy Emily Charlton in The Devil Wears Prada. This English rose of an actress has since shown how versatile she can be, going on to star as The Young Victoria, before making her mark in numerous hit films like Looper, Sicario, and The Girl on the Train. More recently, Blunt has garnered rave reviews for her performance in A Quiet Place, alongside her husband John Krasinski, who also co-wrote and directed the critically acclaimed horror film. Her upwards trajectory doesn’t stop there, as her next project features her reviving the character of Mary Poppins, every child’s dream caretaker, in Mary Poppins Returns. Here are 24 thrilling facts about Emily Blunt.

When asked why she chose Sicario, Blunt said the sparseness of the script appealed to her. According to her, the absence of “spoonfed’ exposition in the dialogue made the film seem more realistic, adding that “There’s too much dialogue in movies. The most cinematic thing is to offer people the power of suggestion.” Now it seems clear why A Quiet Place would have appealed to her as well.

While Blunt may be known for her mastery of a “standard” American accent, Blunt says that she finds the Boston accent “such a hard accent” to pull off. Funnily enough, her husband is from Boston, and had a stereotypically Boston upbringing: his parents are Polish-American and Irish-American, and he was raised Roman Catholic. Despite that, his upbringing in Newton ensured that he didn’t end up with the same accent his wife finds difficult.

22. The Family That Works Together…

Blunt stars alongside Krasinski, her real-life husband, in A Quiet Place. “Everyone was like, you’re going to be divorced by the end…Actually we’re closer.” The pair previously both had cameos in the 2011 Muppet movie, but this is their first time being on screen together at the same time. They should have just gone whole hog and cast their two kids as well!

Blunt struggled with stuttering from the ages of 7 to 14, with the problem being at its worst when she was 12. Blunt hasn’t forgotten her struggle with stuttering and is currently on the board for the American Institute for Stuttering. She has also said that the film The King’s Speech was extremely accurate in portraying the difficulty of trying to get over stuttering.

Before she married Krasinski, Blunt dated crooner Michael Bublé from 2005 to 2008. He wrote the single “Everything” as a tribute to Blunt. She also sings briefly at the end of Bublé’s cover of “Me and Mrs. Jones.” I’m guessing that unlike a lot of other couples, Blunt and Krasinski did not have their first dance to “Everything.”

Blunt is cautious about the type of roles she accepts, being well aware of the dangers of typecasting. She has stated that when picking a role, she likes to pick roles “dramatically different” from the previous role. She’s said that “I don’t want to necessarily be anointed Action Girl because I’ve been in two films where I have a gun. (I also want to) avoid having to be in the gym for all my roles.”

18. The Devil Has Your Soul

As part of the deal for appearing in The Devil Wears Prada, Blunt also had to appear in another film of Twentieth Century Fox’s choosing, Gulliver’s Travels. Blunt was selected because lead Jack Black had a hit or miss reputation at the time, and Blunt’s name was viewed as being the most appropriate for added credibility. Despite how likable both stars are, the film wasn’t much of a box office success, and was widely panned, partially for its focus on special effects over character.

As of 2015, Blunt is a dual citizen, having acquired US citizenship. As Blunt says, “Do I feel half British? It’s complicated. I felt quite conflicted about the whole thing. It’s better for tax. It’s cheaper being an American.” Did she put that on her citizenship application? If that’s really the issue here, has she heard of the Cayman Islands?

In terms of pure star power, Dwayne “The Rock” Johnson is near the top of the list, and it was confirmed earlier this year that Blunt will star opposite The Rock in Jungle Cruise, based on the theme park ride. Before you laugh, remember that Pirates of the Caribbean was based on a theme park ride, and five films later, the franchise has made over a billion dollars.

Blunt will play an English icon later this year when Mary Poppins Returns is released in December. What’s perhaps even more exciting than this is that the films means she’ll be reuniting with her The Devil Wears Prada co-star Meryl Streep, who will plays Mary’s hilarious cousin, Topsy-Turvy Poppins.

Blunt was motivated to join A Quiet Place because the film represents her greatest fear as a mother of two kids: “I’m scared of being in a brutal world and not being able to protect my children.”

Blunt has stated that some of her characters’ quirks are inspired by people she knows, saying “I’m combining, so it’s not stealing, it’s research.

Blunt originally planned to go to college to study languages in order to become a translator. However, her performance in the play Bliss, at the Edinburgh International Festival, caught an agent’s attention. Blunt then dove into West End theater before landing a role in My Summer of Love at age 20. She has said that “Acting became something I grew accustomed to doing rather than something I’d always desired.”

Like any fan, Blunt has a list of peers and Hollywood giants that she admires. Among the list are Meryl Streep, Susan Sarandon, Helen Mirren and Judi Dench. However, the woman that Blunt most wants to be like is Cate Blanchett.

Blunt and her husband John Krasinski recently sold their Brooklyn home for $6.56 million. Apparently the selling price is woeful, since the couple bought the home for $6 million and spent $300,000 to $500,000 on renovations. The phrase “Don’t quit your day job” usually applies to people with 9-5 jobs looking to become performers, but in this case, the couple probably shouldn’t quit acting to flip houses.

Blunt has been an outspoken advocate of education for young women. In April 2018 she spoke at Variety’s “Power of Women” event: “There are over 130 million girls missing out on an education because they have to work or they are married by the age of 12…. If women are given a voice they use it. When they are handed the purse strings, the communities thrive.” Blunt also uses her celebrity as a platform to raise money for the Malala Fund, the non-profit founded by education activist Malala Yousafzai.

Blunt generally does not like horror movies, but has selected Jaws as her favorite. 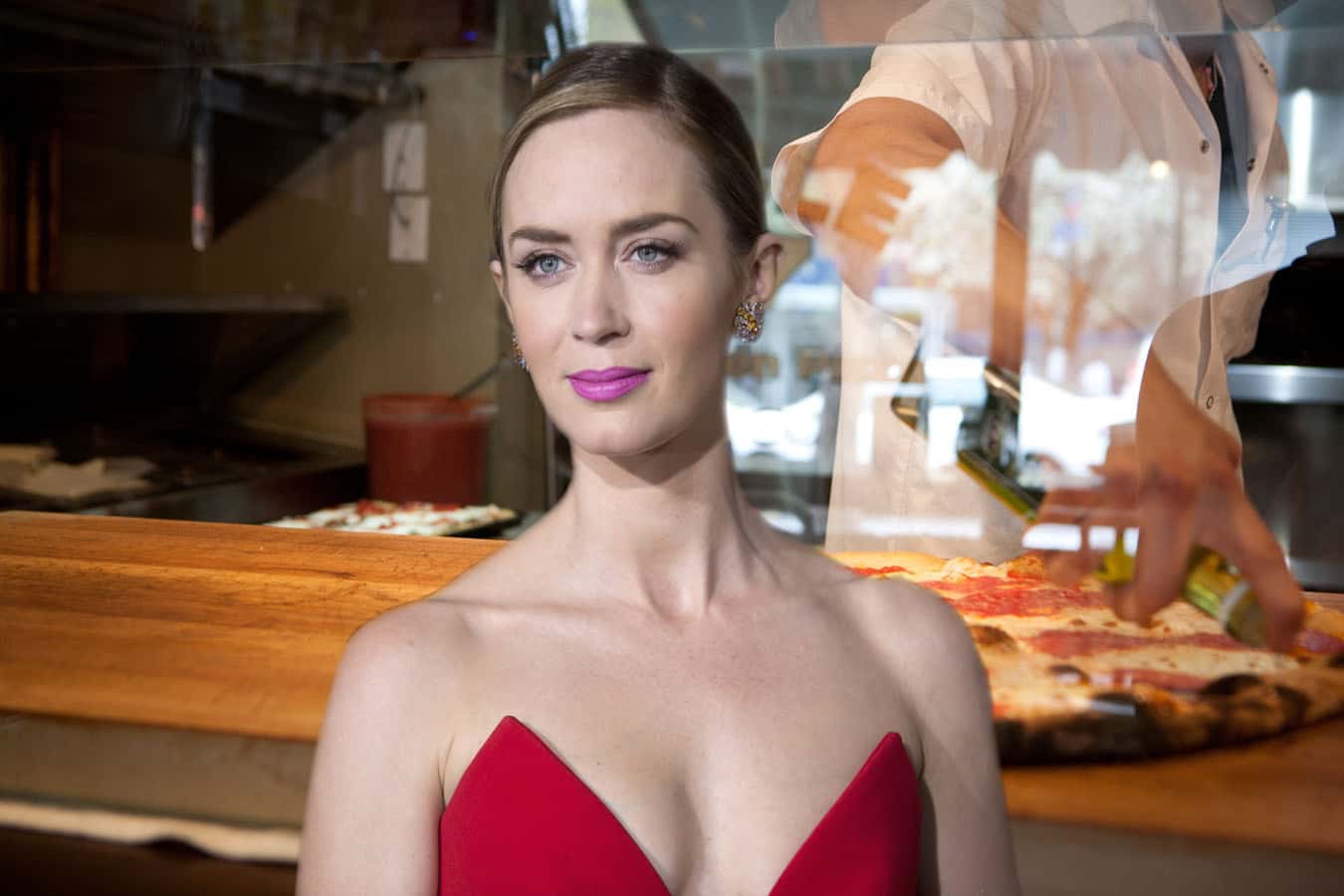 Blunt is a firm believer in the power of oil of oregano when it comes to fighting colds, saying that “I would say if you feel yourself coming down with a cold…oil of oregano. You sort of just throw a few drops down there. It’s disgusting, you burn your throat but I do tend to find it shortens the cold.” She didn’t mention oregano burps, but let me tell you: they’re real, and they’re disgusting.

Blunt attended Hurtwood House, a performing arts school, which led to her stage debut at age 16 in The Royal Family. Judi Dench was among her co-stars. Not a bad way to start!

One of Blunt’s critical breakout roles was in the 2005 TV drama Gideon’s Daughter. Blunt’s role earned her a Golden Globe win, which is still surprisingly her only win to date.

Blunt was originally slated to play Black Widow in Iron Man 2 and the subsequent Marvel films, initially beating Scarlett Johansson for the role. However, scheduling conflicts with Gulliver’s Travels, caused Blunt to decline the offer. Blunt would later have to decline the role of Peggy Carter in Captain America: The First Avenger due to another scheduling conflict. We hope that one was more worth it than Gulliver’s Travels was. 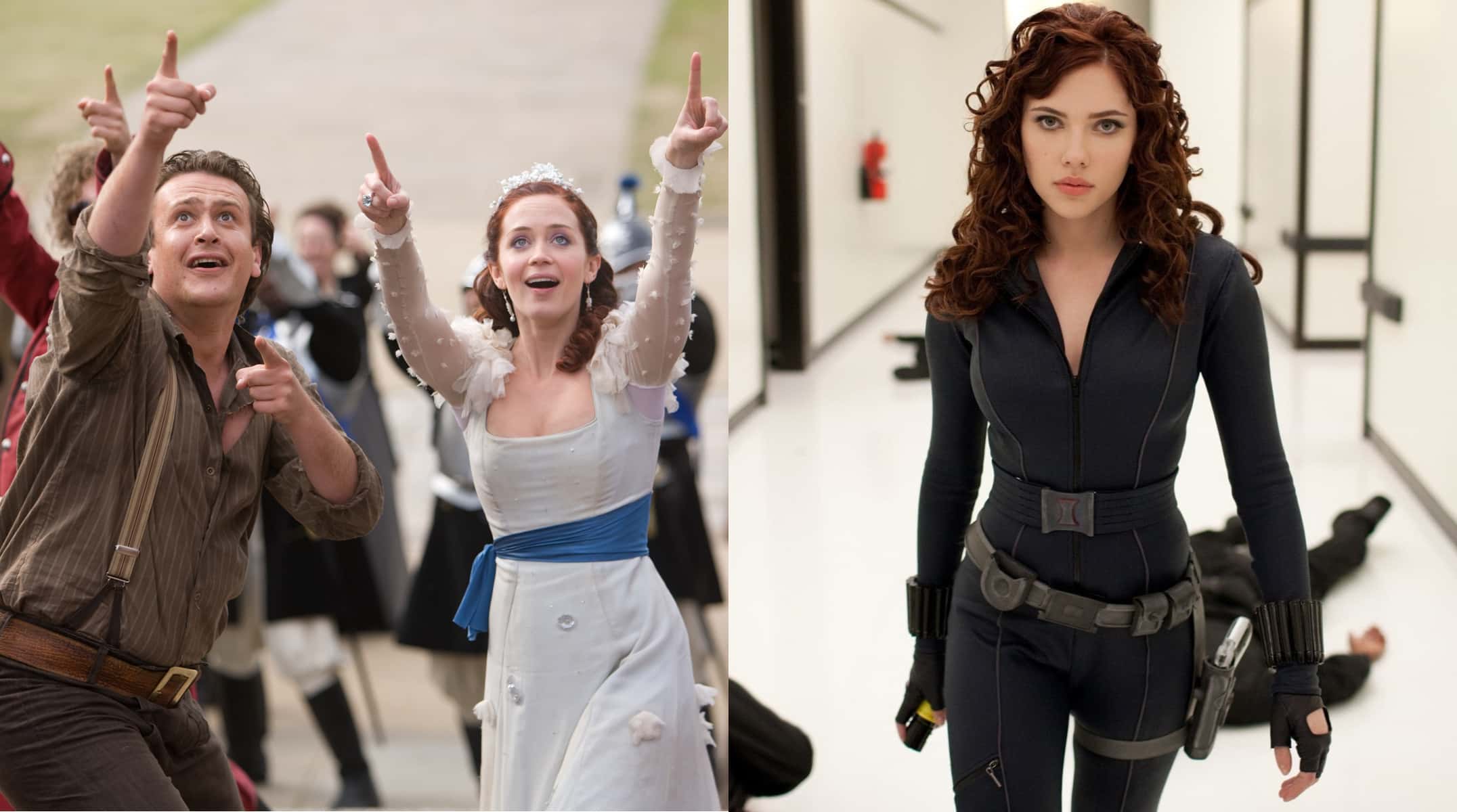 Emily Blunt and Stanley Tucci, likely best known for his roles in Iron Man, Captain America: The First Avenger and Transformers: The Last Knight, have been in-laws since 2012 through Tucci’s marriage to Emily Blunt’s sister, Felicity Blunt. Do we even have to say that he was also in The Devil Wears Prada at this point? Felicity, a literary agent, met Tucci at Emily’s wedding in 2010, a year after Tucci had lost his first wife to breast cancer. Felicity and Tucci welcomed their second child, Mateo, in 2015.

One of Blunt’s friends was originally almost hired to play her role in A Quiet Place, which her husband had originally offered to his wife when he started the process of co-writing and directing the film. Blunt was reluctant to do a horror film but after reading the script, she insisted that Krasinski fire the other actress, who had already basically agreed to appear in the project. Despite the quick change, Blunt has said that her and the unnamed actress are still friends. Then again, who wouldn’t want to be friends with Blunt and Krasinski?