Awesome! Facebook’s “Like” button was introduced in 2010, and according to engineers, it was called the “Awesome” button. Well done, Facebook. Here are 24 (quite random and obscure) facts!

Liam Neeson had two hit movies with Taken and Taken 2. In 2014, Neeson announced he’d agreed to do the third film in the franchise, but only under one condition: he said of directors, “They called me up and I said “I’ll do it… but only as long as nobody gets Taken.”

It’s hard to remember a time before Facebook’s “Like” button, but the button was only integrated into the platform in 2010—six years after Facebook debuted in 2004, and four years after it opened to the general public in 2006. According to engineers at Facebook, the “Like” button was originally called the “Awesome” button—I wonder how many “Awesomes” this post would have gotten?

In the US judicial system, it goes state court, federal court, Supreme court and…. basketball court? On the fifth floor of the Supreme Court Building in Washington DC, there is a full gym that includes a basketball court—it’s known as “the Highest Court in the Land.”

Mr. Rogers made a legacy out of teaching children to be good neighbors, a value he was taught by his parents. When he was a teenager in the 1930s, Rogers’ parents took in an African-American teenager named George as a foster child. Mr. Rogers considered George to be his older brother: George would go on to become an instructor for the Tuskeegee Airmen, and he taught Rogers to fly!

According to the specifications of the United States mint, a nickel weighs exactly twice as much as a penny!

Wal-Mart knows what their customers want! The retail giant keeps close track of customer’s shopping habits and adapts their supply chain to make sure that shoppers can get what they need and desire whenever they want it. Their data showed that (in addition to staples like bread and canned food) sales of certain items skyrocket ahead of hurricanes—for example, sales of strawberry Pop-Tarts! So when a hurricane is approaching, Wal-Mart sends trucks full of the toaster pastries to their stores!

George R. R. Martin’s A Song of Ice and Fire series would be a lot different if he’d stayed true to his original inspiration. Martin told The Financial Times in a 2012 interview that he originally conceived of the stories in the series from watching his pet turtles as a child. “I had a toy castle set up near my bed, made of tin” he said. “I had five or six turtles who lived in the castle. I decided they were knights, lords and kings, so I started writing this whole fantasy series about the turtle kingdom and the king of the turtles.” Can you imagine Arya Stark as a turtle? I can’t!

In 1983, a body was discovered in a peat bog at Lindow Moss in Cheshire, England. Peter Reyn-Bart, a local man who had been suspected of murdering his wife, finally confessed to the murder when the remains were discovered. After his confession, carbon-dating of the remains revealed they were actually almost 2,000 years old! The body dated from 250 AD, and had been preserved in the bog. The remains of Reyn-Bart’s wife were never found.

Bobbi Kelly and her boyfriend Nick Ercoline captured the spirit of the ’60s when they were featured on the cover of the Woodstock Festival soundtrack in a photo that shows them embracing while wrapped in a blanket.

Bill Gates made billions as founder and CEO of Microsoft, which developed and popularized personal computers in the tech boom of the 1980s and ’90s. In 2007, however, Bill and Melinda Gates were the second-most philanthropic people in America, and gave over $28 billion to charity. The couple plan on giving an additional 95% of their wealth away.

Fans of California’s In-N-Out burger are known for their devotion to the burger joint’s hamburgers, cheeseburgers, “Double-Doubles,” and fries. In-N-Out is popular among celebrities—Miley Cyrus, Reese Witherspoon, and Adele are some of the celebs who have been photographed or posted selfies of themselves enjoying an In-N-Out hamburger. The chain is even popular with celebrity chefs like Julia Child and Anthony Bourdain, and Gordon Ramsay once copped to eating a double cheeseburger in the restaurant, then leaving and ordering the exact same meal at the drive-through only minutes later.

Fans of In-N-Out might love the chain a bit extra for the insider-y feelings they get when ordering off the “secret” menu. Diners can order a “3×3” (that’s three patties, three slices of cheese), a Neapolitan shake, a grilled cheese sandwich, or their patties or fries “Animal-style” (burgers grilled in a thin layer of mustard, or fries topped with melted cheese, mustard, and grilled onions). The chain was famous for adding extra patties or cheese slices, though one customer in 2004 tested the limits and ordered a “100×100” with 100 patties and 100 slices of cheese. After that, the chain announced they would only allow extras up to a 4×4.

One benefit of having twins is only having to remember one birthday, right? Wrong! Twins Amy and Katie were born to Maria Jones-Elliott in 2012 a record 87 days apart. Maria went into early labour four months before her due date, giving birth to Amy (who, thanks to advances in medicine, survived), but Katie remained, and Maria was able to carry her second baby to term. Katie arrived on August 27th, an incredible 87 days after the birth of her twin. At least the two girls won’t have to share a birthday party!

The New York Yankees have won 27 World Series’—that’s only one fewer than the next three teams combined! 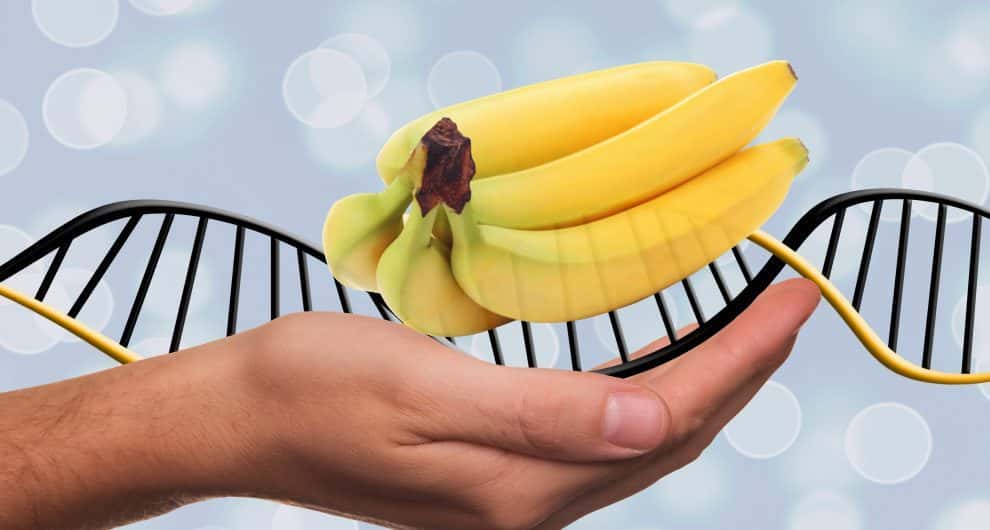 9. But What About A Baby’s Bottom?

The surface of the Earth has some incredible peaks and valleys—Mt. Everest stands 8.85 kilometres high, while the Marianas Trench sinks 11 kilometres below the surface. But did you know that if you shrunk the Earth down to the size of a pool ball, it would actually be smoother than one?

The oldest-living individual tree is a Great Basin bristlecone pine living in Inyo County, California. The tree—whose exact location is kept secret—is estimated by its ring count to be 5,067 years old. The tree was alive before the building of Stonehenge and the Pyramids at Giza, before humans had even developed writing!

The oldest-living organism on the planet, which is about 80,000 years old, is not an individual but a colony of quaking aspen trees connected by an underground root system. The plant weighs a combined 6,000,000 kilograms, making it also the heaviest known organism.

Research suggests that the lyrics “first cut is the deepest” appear to be true. In fact, you likely felt such strong feelings for your first lover that, even when happily in love with someone else, your brain will compare your relationship to your first one.

There are a few reasons for this. Our first love represents the first time we feel a powerful emotional connection to another person, other than our immediate family, and this experience in inherently new and exciting. Second, we often experience first love during adolescence, a time when hormonal changes can heighten feelings of attraction and closeness. Some psychologists have noted that lovers in their first relationships often experience “infatuation” rather than “genuine adult love.”

Lastly, human brains naturally form schemas when exposed to new things. First loves can become your default “blueprint” that defines how you approach other relationships.

A Denver man who received a personal locator beacon as a gift ended up accidentally triggering nine Emergency Search & Rescue deployments in two months. The man, a backcountry skier, got the beacon—which alerts authorities to the holder’s position—but “didn’t read the box.” Authorities were baffled about the source of the false alarms, as was the skier, who was unaware that the beacon should not be turned on each time he went skiing.

Blue whales are known for their big hearts… literally. The massive sea creature has a heart the size of a golf cart, with an aorta large enough to fit a human head through! Even still, the massive 400-pound heart accounts for only 1% of a blue whale’s weight.

WE THE PEOPLE OF INDONESIA HEREBY DECLARE THE INDEPENDENCE OF

INDONESIA. MATTERS WHICH CONCERN THE TRANSFER OF POWER AND

OTHER THINGS WILL BE EXECUTED BY CAREFUL MEANS AND IN THE

IN THE NAME OF THE PEOPLE OF INDONESIA

2. They’re Probably Not All Named “Dolph”

Dolphins are incredibly intelligent, complex creatures, and the more we learn about them, the more impressive they are. Studies conducted in 2013 suggest that dolphins’ capacity for language is so complex that they even give each other individual names. Researchers recorded individual dolphins “introducing” themselves to new dolphins with a signature whistle. When they played that same whistle back, that individual came forward!

The British poet Lord Byron once had a beloved Newfoundland dog, Boatswain, and was offended that Trinity College, where he was a student, had rules that expressly and specifically forbade dogs. They did not, however, specifically forbid other animals, and the young poet kept a tame bear as a pet!