Before he was a statue in Washington DC; before Emancipation and Gettysburg; before he was considered the greatest president in history, Abraham Lincoln was a lanky young man working for a shopkeeper named Denton Offutt in New Salem, Illinois. Denton loved young Lincoln—the kid was, after all, a lean 6’4” tall. Considering how people in those days were shorter than they are now, he could safely have been considered “giant.” Offutt was proud that he’d managed to get such an impressive specimen to work his store, and he would brag about Abe’s strength to anyone who would listen.

Eventually, some folks around New Salem got a little tired of Offutt’s boasting. If this kid was so strong, maybe it was time for him to prove it. Eventually, Bill Clary, who owned a saloon in town, bet Offutt $10 that Lincoln couldn’t throw a local bully named Jack Armstrong. Armstrong, a formidable young man himself, was the leader of a gang of toughs known as the Clary’s Grove Boys. They were known to pull playful “pranks”—like forcing anyone new to town into a barrel, nailing it shut, then rolling them down a hill. And wouldn’t you know it, Lincoln had just moved to New Salem that year.

Offutt took the bet, and word started to get around that a fight for the ages was going to take place: the stockboy versus the Clary’s Grove champion. In the two days between when the bet was placed and when the fight occurred, folks from as far away as 50 miles caught wind of the bout. Many made the trip into town to watch, with plenty more money getting put down on the outcome. Though this was hardly Wrestlemania, Lincoln v. Armstrong certainly had an audience—and the future President did not disappoint.

Lincoln and Armstrong could not have been built more differently. Lincoln was tall, but lean, weighing just around 180 pounds. Armstrong, on the other hand, was shorter, but powerfully built. Perhaps some of the people in town thought Armstrong’s greater age would be an advantage, or that Lincoln was too skinny to be able to overpower his opponent. Those people were wrong.

Lincoln easily managed to keep Armstrong at bay with his longer reach. Apparently, Armstrong quickly realized he didn’t have a chance and tried to resort to illegal tactics. But this was Honest Abe he was dealing with—he doesn’t abide by those who flaunt the rules so brazenly. Enraged, Lincoln decided it was time for the fight to end. He stormed in and grabbed Armstrong by the throat, shaking him like a rag doll before slamming him to the ground.

The crowd no doubt exploded after a finale fit for Monday Night Raw, but not everyone was happy. The Clary’s Grove Boys were apparently not too pleased to see their leader manhandled so easily. In one version of the story, the lot of them backed Lincoln up to the wall of Offutt’s store. Lincoln knew he couldn’t take them all at once, but he didn’t back down, offering to fight them all one at a time.

Just as it looked like things were about to turn ugly, Armstrong got up and called off his dogs. Even he had to admit, Lincoln had beaten him fair and square. He called Abe “the best feller that ever broke into this settlement,” and the two of them buried the hatchet—the start of a lifelong friendship.

Lincoln didn’t hang up the gloves after defeating Armstrong. He came from a family of wrestlers (his Uncle Mord was apparently just as fearsome), and he would end up fighting in around 300 bouts in his career—though his fights weren’t exactly what one might picture when we think of wrestling today. Rather, Lincoln competed in what’s known as “catch-as-catch-can” wrestling, a test of sheer brute strength with very few rules. It was a popular sport back in the day, Lincoln was one of the best.

The future-president was nearly unstoppable, and he knew it. Honest Abe even dabbled in a little bit of trash talk at the height of his career: In one fight, after easily dispatching his opponent he looked to the crowd and shouted “I’m the big buck of this lick. If any of you want to try it, come on and whet your horns!” Okay, it might not sound too intimidating today, but in the 19th century, those were some fightin’ words.

Lincoln was so good that in his 300 or so matches, he only lost a single time, while he was with the Illinois Volunteers in the Black Hawk Indian uprising of 1832. A 23-year-old Lincoln was leading a company, and his men loved the fact that their towering Captain was a monster in the ring. Like old Denton Offutt, Lincoln’s company bragged throughout their camp that not a single soldier in the Army could throw Lincoln. 299 times out of 300, that boast would hold up—this was the other time.

A soldier from another company, a man named Lorenzo “Hank” Thompson, took up the challenge. Lincoln was a big man, sure, but Thompson was no small town bully—he was so large that Lincoln said he looked like he “could have thrown a grizzly bear.” This didn’t worry Lincoln’s men though, and they bet whatever they had on them on their Captain: money, whiskey, knives, blankets, anything to spice up the monotony of camp life.

Before the fight started in earnest, Lincoln and Thompson grappled a bit to get a feel for each other’s ability. After a few minutes of this, Lincoln leaned over to his men and said, “Boys, this is the most powerful man I ever had a hold of.” There’s no word on how audibly the soldiers in his company gulped, but I’m sure more than a few of them were gazing over at their bets with regret.

Lincoln finally met his match in Thompson. Thompson scored the first point with relative ease, and even though the second throw looked like a draw, Lincoln knew he was licked. He looked to his men once again and said, “Boys, give up your bets. If this man hasn’t throwed me fairly, he could.” For the only time in his career, Old Abe admitted defeat. His men no doubt missed their belongings, but one loss in 300 is a pretty darn impressive record, any way you look at it.

Abraham Lincoln’s face is printed on the US penny and $5 bill. The Lincoln Memorial is one of the most popular sites in Washington DC. Those trinkets are all well and good, but the man is also memorialized in one of America’s most prestigious institutions: He was inducted into the National Wrestling Hall of Fame in 1992.

Now, to be fair, he’s not the only President who excelled at wrestling. George Washington was a school champion at the Reverend James Maury’s Academy in Virginia; William Taft was the same at Yale, where he earned the nickname “Big Bill” for his prowess in the ring. And of course, we can’t forget about Donald Trump’s appearance at Wrestlemania 23. But none of those presidents can claim to only have one loss in 300 bouts.

So while Abraham Lincoln was arguably the greatest president of all time, topping more historical ranking lists than any other, I’d like to propose that another metric has been grossly overlooked. As far as I can tell, there is no historical ranking of presidents in regards to wrestling ability. However, if such a list were to ever exist, there’s little doubt that “Big Buck” Lincoln would top that one too—thankfully for him, Lorenzo Thompson was never elected. 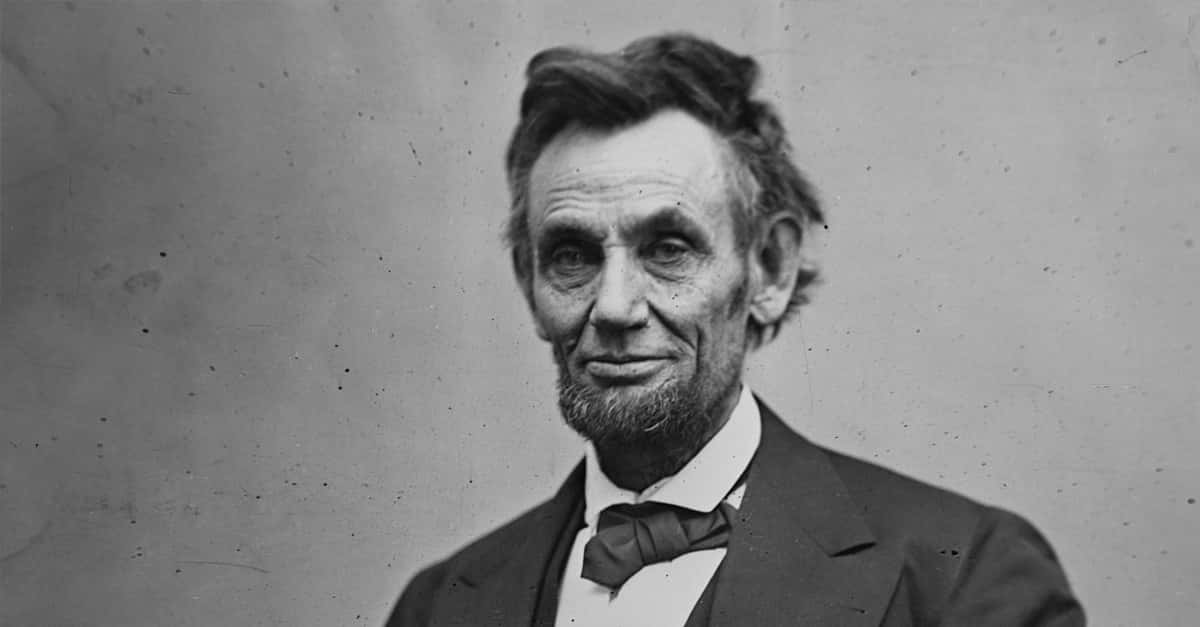