With its slim shape and distinctive color blocking, the NBA logo is an iconic image. It features the silhouette of a man dribbling with one hip cocked to the side, likely in the middle of pivoting. He’s outlined in white, and flocked on either side with blue and red. The image seems timeless, but it’s actually been around since 1969.

Even more impressive, in the last five decades, the logo has only seen one small tweak—and it was made to the text, rather than the image. How many other organizations or brands can say the same? But few people realize that the mysterious silhouette has a surprisingly strange history. Even odder, it’s one that the NBA sometimes tries to hide. So, who is in the NBA logo?

The Birth of the NBA

In 1967, the National Basketball Association (NBA) faced a dire threat. The upstart American Basketball Association (ABA) was luring upstart players and veteran referees from its ranks. While the NBA was already well-established, they realized that they needed to solidify their strong reputation. They decided to commission a new logo.

The NBA knew where to look for their perfect logo designer. In 1968, following a period of major expansion, Major League Baseball adopted a logo designed by Alan Siegel of the Siegel + Gale brand consulting firm. The logo helped to establish the MLB as the dominant force in American baseball. With Siegel + Gale’s help, the NBA hoped to do the same.

Who Designed the NBA Logo?

Alan Siegel was the designer behind both the MLB and NBA logos, and anyone with a pair of eyes can spot the similarities between the two images. Siegel clearly created a winning formula when he designed the MLB branding. Evidently, he didn’t stray too far from that template when he drafted the NBA’s now-iconic logo.

For inspiration, Siegel began looking through old issues of Sport magazine, when a picture by photographer Wen Roberts caught his eye. Siegel saw a player dribbling the ball, pivoting on his right leg to drive forward with his left. The dynamic photo was of NBA All-Star Jerry West. With this image planted firmly in his mind, Siegel drew the now-legendary NBA logo.

Who Is Jerry West?

Before he was “The Logo,” Jerry West was a guard on the Minneapolis Lakers. Coaches drafted West just before the team moved to Los Angeles, here West played with the Lakers from 1960 to 1974. Just after the NBA adopted his image as the logo in 1969, he landed a legendary shot in Game 3 of the 1970 finals. In the 1972 finals, he went on to become an NBA champion.

West then solidified his place in NBA history by going on to work as a coach for the Lakers from 1976-1979. Later on, he served as an executive within the NBA. West was a true icon in the National Basketball Association—so why does the NBA claim that they don’t know who the figure in their logo is?

The NBA Logo: A Universal Symbol

While the logo is very clearly inspired by the iconic photo of West, its transformation into a silhouette anonymizes the figure, making him stand in for any NBA player. Since the logo represents the entire league, this idea makes it more inclusive. The logo becomes a blank canvas on which every player can imagine themselves.

As Siegel himself put it, “It’s become such a ubiquitous, classic symbol and focal point of their identity and their licensing program that they don’t necessarily want to identify it with one player.”

Will Kobe Be the New NBA Logo?

Following the tragic and untimely death of one of the basketball’s biggest stars, Kobe Bryant, in January 2020, a petition online circulated asking the NBA to consider using Bryant’s silhouette in place of (“not”) West’s. The petition quickly gathered more than two million signatures, but it remains to be seen how the NBA will react.

They’ve spent so long advancing the idea that the logo can’t represent one particular person, but the combination of Bryant’s talent, legacy, dark history, and legions of fans won’t make it an easy decision. 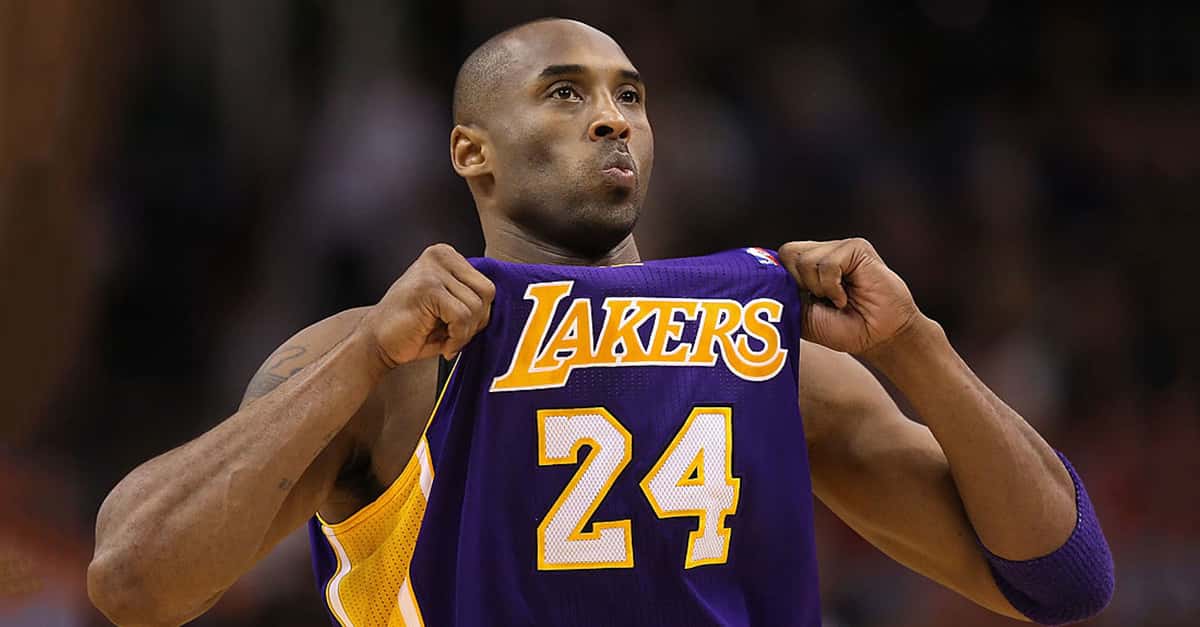