One woman’s face has graced artworks, inspired works of literary genius, and even adorns everyday objects. She holds a small smile reminiscent of the Mona Lisa. Her delicate features and closed eyes telegraph a certain sense of peace and tranquility. Sadly, her backstory is anything but. No one knows her real name, but there’s a chance that you’ve encountered her—and potentially even put your lips on her. After all, some call her the “most-kissed woman in the world”. But mostly, people know her as “L’Inconnue de la Seine”, or the “Unknown Woman of the Seine”.

A Good Face & An Even Better Story

Whether it’s real or exaggerated, a good story tends to last. It can reverberate down through generations, simultaneously shedding extraneous elements and picking up more melodramatic ones. It’s like a game of broken telephone. Combine this tendency with a beautiful, mysterious face—and few verifiable details—and you’ve got the legend of “L’Inconnue”.

There are quite a few different versions of how L’Inconnue’s face first came to the attention of artists. In the most commonly retold story, onlookers spotted the body of a young woman floating in the Seine in the late 1880s. Authorities pulled her out, but an autopsy couldn’t reveal the cause of death. It only revealed that her body showed no signs of violence. They suspected that she’d taken her own life, but were unable to identify her.

In another version of the tale, the unidentified woman was a model who’d fallen victim to tuberculosis. In yet another, she was the daughter of a mask manufacturer. While these theories are all compelling, none were that extraordinary—but what happened next was.

Apparently, her good looks enchanted one of the pathologists at the Paris Morgue. He (or she) decided to make a wax plaster cast of her face. Before long, copies popped up at casting workshops across France. The rest of Europe followed suit. While casts that could be used to make busts of legends like Beethoven or Victor Hugo were popular, L’Inconnue quickly eclipsed them in sales.

What was behind her allure? Her strange back story, of course. And then there were the questions it raised. If she’d died in such a tragic manner, why was her expression so peaceful? The mystery only added to her appeal to sculptors, painters, and all manner of artists—and eventually, writers and poets. She was a blank slate. They could project any characteristic they wanted onto her. Since she was such a mystery, there was no wrong answer.

The way that casts of L’Inconnue were diffused even came to add to the ambiguity of it all. Some casts were reproduced from photos of the original cast—another game of broken telephone. Does the Inconnue whose face we see today look anything like the young woman from the Seine?

The Face That Launched 1,000 Works Of Art

As the popularity of the mystery woman spread in the artistic community, it drew the attention of others. Those who used her in their art or writing include philosopher Albert Camus, surrealist artist Man Ray, poet Rainer Maria Rilke, and writer Vladimir Nabokov. And those are just the more famous ones! Their work has lasted through the ages, and the popularity of l’Inconnue as a subject hasn’t waned. She’s still a best-selling cast. But her prevalence in art and literature isn’t the reason why most people would know her face.

Following the development of CPR, L’Inconnue found a new niche within the medical community. People had used different forms of CPR for hundreds of years, long before l’Innconue perished. Still, it took hundreds of years for it to catch on as a technique. As it gained popularity in the 1950s, former toymaker Asmund Laerdal took notice. If the technique were to become an official part of every medical professional’s arsenal, they’d need a doll to practice it on. Enter: l’Inconnue’s alter ego, Resusci Anne.

The Subject Becomes The Teacher

As Laerdal and his team made the prototype for what would become their CPR practice dummy, he remembered the story of the Unknown Woman of the Seine. Additionally, he realized that it would be hard to convince male students to perform the procedure on a male figure. L’Inconnue was a perfect choice—female, beautiful, and anonymous.

In 1960, Laerdal and his team’s creation, Resusci Anne, came out—right in time for CPR to proliferate. Accordingly, just like the cast masks of l’Inconnue before her, she was wildly popular. People from all walks of life learned the technique, from doctors to nurses to babysitters. Resusci Anne had completed her journey from the “Unknown Woman of the Seine” to one of the most recognizable—and kissed—faces in the world. 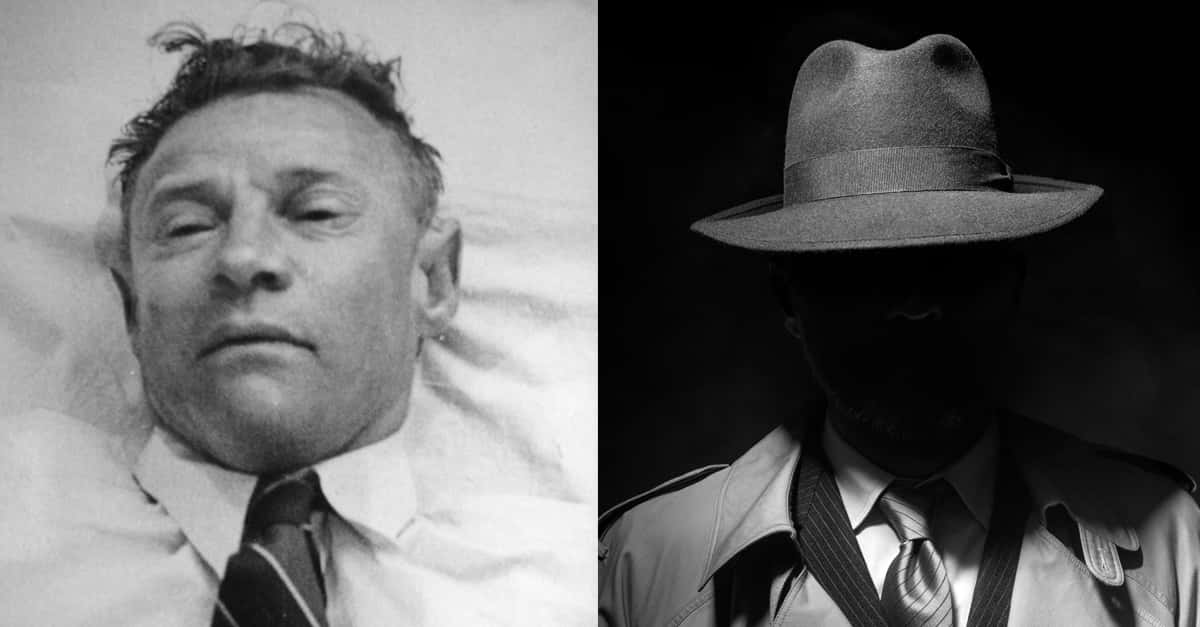 Tamam Shud: The Enduring And Cryptic Mystery Of The Somerton Man