The vaunted line of Habsburg was one of the most powerful families in Renaissance Europe and beyond. As rulers of the Holy Roman Empire, the Habsburgs sat at the right hand of God…but there was something very rotten in this House of Austria. From almost the moment of its conception, the Habsburg line was decaying from the inside out. Indeed, its fatal flaw is still instantly recognizable in portraits today: The Habsburg Jaw.

One day, I was in New York wandering around a museum full of different trinkets, furniture, and portraits when a dusty painting caught my eye. It was in the corner of a hallway most people simply pass through, and it depicted a relatively mediocre subject: A tall man with long hair, dressed in circa 17th-century clothes. But with my glance came a shock of recognition. I knew that face, even though I still had no idea who that man was.

That’s because what I recognized about the painting wasn’t the subject, it was his Habsburg Jaw. Also called the “Austrian Lip,” the Habsburg Jaw is the jutting underbite that came to define the scions of the house. In medical circles, it goes by the much less evocative name “mandibular prognathism.” For literal centuries in the House of Habsburg, son and daughter after son and daughter turned into long-faced, square-jawed near-replicas of each other, most with that tell-tale underbite.

And sure, we all know family resemblances happen. Yet the truth behind the Habsburg Jaw is much more sordid than all that.

All In The Family

Like so many royal houses before and after them, the Habsburgs believed that their blood was the bluest. They also intended to keep it that way. In order to “purify” their lines, they practiced massive inbreeding with each other. Smithsonian magazine delicately calls their family tree “tangled,” while Wikipedia, always a straight-shooter, simply busts out with the claim that “the dynasty was virtually unparalleled in the degree of its inbreeding.”

For a while, geneticists weren’t necessarily sure that the Habsburg Jaw was a result of, er, keeping it in the family. After all, lots of ancient houses did the same, and they turned out (mostly) all right. But, once more, it was the telling paintings of the clan that helped researchers out. By portrait-mapping the family tree, scientists were able to determine that some of the traits that produced this so-called Austrian Lip were recessive, meaning it was indeed inbreeding that brought it out in the Habsburgs.

The Last Of A Dying Breed

By the time the infamous Habsburg King Charles II of Spain was born in 1661, the family’s genes had essentially caved in on themselves. For one, Charles’s parents were uncle and niece to each other. For another, all eight of his great-grandparents were descendants of the same couple. And let me tell you, this really showed.

Although not everything is attributable to inbreeding, Charles suffered a laundry list of ailments. Some choice examples include a possible hormone deficiency and improper kidney function. Before he was six, Charles had contracted measles, chickenpox, rubella, and smallpox, any of which could have (and should have) killed him. But the ill-fated monarch also suffered from one of the most enormous Habsburg Jaws in history.

Charles’s underbite wasn’t just an aesthetic issue, it was also a health hazard. The young ruler only began to talk when he was four years old, spoke with an impediment, and had immense difficulty eating. He was so sickly, his mother even insisted on carrying him everywhere to reduce his physical and mental strain. As one historian put it, “from the day of his birth, they were waiting for his death.”

When Charles passed childless in 1700 at the age of only 38, he was the last Habsburg ruler of the Spanish Empire. After years of brutal living, the autopsy reported that his body “did not contain a single drop of blood; his heart was the size of a peppercorn; [his] lungs corroded; his intestines rotten and gangrenous; he had a single testicle, black as coal, and his head was full of water.” If that’s not a metaphor for the entire House of Habsburg, I don’t know what is.

King Charles II, then, was the fruit of all the Habsburg labors. He was the zenith of their aspirations and the nadir of their house. From there, it was a slow fade into obscurity. Charles’s end chopped down the senior Habsburg branch, and the rest of the line withered away with time. The last true Habsburg ruler, Holy Roman Emperor Charles VI, passed in 1740, and with him passed the Habsburg name and the entire male lineage. In 1806, the house had its official dissolution.

Today, we’ve all but forgotten the once-mighty Habsburgs and their rulers. Sadly, if we do remember them, it is for their hubris and folly—all summed up in that immediately obvious Habsburg Jaw. 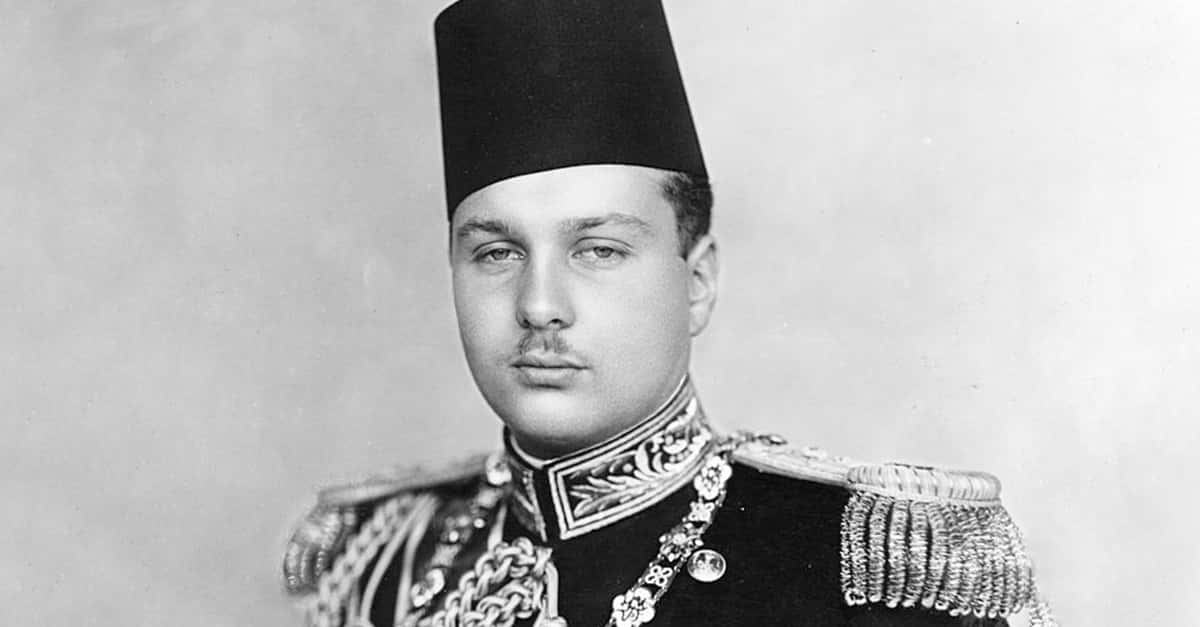 Debauched Facts About Farouk Of Egypt, The King Of The Night