Hades doesn’t need you to know that it’s brilliant, but it is. If you just pick this game up and don’t think about it, you’re going to have a great time. It’s accessible, it’s gorgeous, and it knows how to sink in its hooks to keep you coming back for more. You can drop in and play for half an hour, or spend an entire day with it. It rocks.

I can’t necessarily say all that about most games I find to be “brilliant.” So often, those games also happen to be dense, or obtuse, or brutally difficult. That’s the magic of Hades. It’s none of those things. Its gameplay is comfortable and familiar. Its characters are charming and funny. You won’t need endless hours of painful grinding to beat it. Hades feels brilliant in the way that Jurassic Park is brilliant, or Back to the Future. It’s just undeniable. You don’t need to read an essay to get why it’s good.

Of course, I’m still going to write one.

The Gods Must Be Crazy

The first thing that jumped out to me in Hades was the characters. You play as Zagreus, the son of the titular god, trying to escape the underworld. On the way there, you’ll meet a massive cast of fascinating and entertaining gods and creatures.

You don’t need to be a Greek mythology dweeb like me to instantly like the flustered and comical Hypnos, or the reserved and haunting Nyx, or any of the dozen or so sexy, sexy Olympic Gods (seriously, everyone in this game is so hot). The artwork and voice acting are both amazing, and they instantly make the cold, dark depths of the underworld seem like a surprisingly charming and inviting world.

The gameplay of Hades is similarly appealing. You have five basic abilities, and at its core, Hades plays like a classic, beat-em-up action RPG. At the end of the day, you can kinda just mash the buttons and do OK. Obviously, playing with a little more intention will work better, but this isn’t some intricate clock of a game. Press buttons, kill enemies, move on.

The main nuance of the gameplay comes from the gods. As you try to escape the underworld, you’ll receive different “boons” from Olympians to help you on your way. Maybe Dionysus will make your dash cause enemies to become hungover and take damage. Maybe Zeus will give your attack the ability to send out lightning bolts, or Artemis will make your special send out a damaging arrow.

Each ability has its own look and feel, and even after many hours, I haven’t quite seen them all. Plus, for an added layer, they come in different rarities. Nothing like a surprise legendary boon to give you that sudden dopamine boost and turn a run on its head.

If Hades was nothing more than what I’ve described—a sleek, polished action RPG set in Greek Mythology—it would probably be a very good game. Not brilliant, but good. Now it’s time to talk about what really pushes it over the top.

Hades is a roguelike. Technically, it’s a roguelite, but I’m not going to bog you down with that decades-old argument. What you need to know is this: When you die, you go back to the very beginning. No save points, no incremental progress, you die, you start over. You start in the titular Hades’s palace, and you try to fight through the various levels of the underworld to escape. If you die, you get sent straight back to the ol’ homestead and have to try again. Sounds pretty brutal, right? Don’t worry, Hades makes sure to soften the blow.

Most roguelikes are beloved because they’re so brutal. It can take literally hundreds of hours just to beat a game like Spelunky. I absolutely adore a lot of these games, but I get they’re not for everyone. It sounds like a disservice to say that Hades is “easy,” but compared to other, similar games, it is. I beat the game for the first time in just a matter of hours—but you quickly realize that “beating” Hades is just the tip of the iceberg.

Escape Is At Hand

I love it when games find narrative explanations for gameplay elements. In Hades, you play the god of the underworld’s son. Of course, you can’t really die. So, each time you attempt to escape and fail, you end up back at home to hear your father tell you how stupid you are for trying. Most roguelikes don’t bother trying to explain why you keep trying the same thing again and again, but in Hades, it’s a crucial narrative device.

This also leads me to the reason that Hades is technically a rogue-lite instead of a true roguelike: You don’t completely start from scratch every time you die. As you play, you gather various currencies that allow you to get a little bit stronger each time. Maybe you have more health, or take less damage. You unlock a new weapon, or a new keepsake with special abilities. Hades gives you plenty of tools to make escaping the underworld less daunting.

At first, the prospect of actually beating Hades seems like a tall order, but before long, your character gets strong enough that it doesn’t seem so impossible. Now, we’re finally getting to the true brilliance of this game. See, in most roguelikes, beating the game is this massive, monumental challenge. It takes absolutely forever to master the gameplay and to get a run lucky enough where you can actually conquer it.

On the other hand, Hades wants you to beat it fairly quickly. It’s forgiving and accessible in a way that so many roguelikes are not. I was honestly pretty surprised that I managed to beat the game in just a few hours—but that’s when I realized that beating the game is only the beginning.

I’ve beaten Hades maybe ten times, and I got to the culmination of the story on my lastest escape, but I have so, so much else to explore. Each time I think I’ve got this game figured out, it reveals some new wrinkle I didn’t expect. A new currency, a new challenge, a new spin on the basic gameplay. I just unlocked an “Erebus Gate” and I still have no idea what that’s gonna do. I’m coming to realize that I might never actually uncover every secret this game holds, and that’s something I did not expect after my first few runs of this light, fun roguelike.

To Hades With You

My internet-addled brain loves the infinite loop of roguelikes, and I’ve played a lot of them—but I’ve never played one like Hades. Supergiant Games took one of the least accessible game genres and made it inviting and charming. At first, I thought that doing this required them to sacrifice a lot of what I like about roguelikes: The nuance, the difficulty, and the insane feeling of achievement you feel when you actually finally beat the thing. I was wrong.

I’ve realized that while Hades does hold your hand at first, it eventually spins out into a behemoth of a game that I might put hundreds of hours into. Casual gamers can throw it on God Mode and enjoy the manic gameplay, fun characters, and story. More hardcore fans can slam up the difficulty and spend countless hours grinding out impossible challenges and the fastest times.

So if you’re in either camp or somewhere in between, pick up Hades. Unlike many games in recent memory, it really has something for everyone. Unless, I guess, if you for some reason hate sexy, sexy gods. 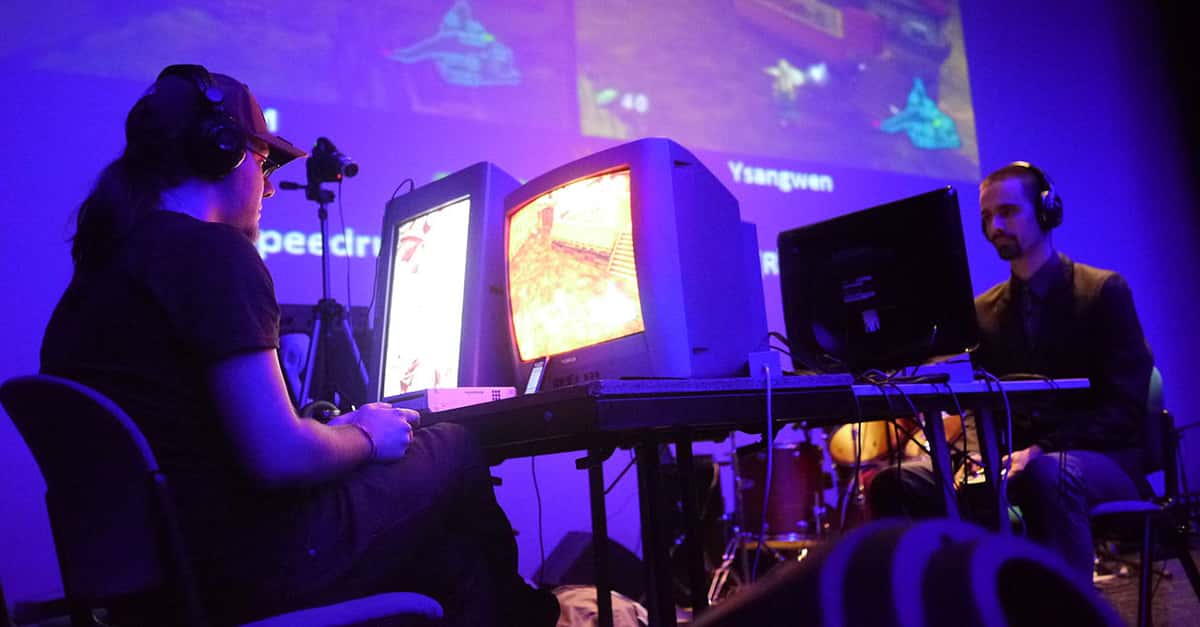