If Robert Browning hadn’t become an eminent poet, he might have gone down in history for a less impressive reason. Rather than be remembered for poems like “My Last Duchess” and Childe Rolande, we’d look back at the man who ruined the most bizarre disappearing act in literature: The strange story of the name “Michael Field.”

In the late 19th century, a mysterious poet burst onto the scene with an impressive debut verse drama. Soon enough, readers and critics flocked to praise the lyrical intensity of an up-and-coming writer named Michael Field. Though his name was relatively innocuous, Field hid a dramatic double life. The ingénue-poet was using a pseudonym. On top of that, he wasn’t a single man, but two women: Katharine Harris Bradley and Edith Emma Cooper.

Like many women writers, from George Eliot to the Brontë sisters, Bradley and Cooper used a male pen name to obscure their gender and force the literary establishment to take their writing seriously. As Bradley glumly put it, “the report of lady authorship will dwarf and enfeeble our work at every turn.” And so, Michael Field was born.

For a time, the ruse worked. Michael Field was the critical darling of 1884 and 1885, with poems praised by respected periodicals like The Spectator. But by 1892, Robert Browning had spilled the beans and the secret was officially out. Sadly, newly harsh reviews proved that Bradley was right in thinking that the world couldn’t handle her poems if they came from “a woman’s lips.”

As if their gender and co-authorship weren’t surprising enough, Bradley and Cooper had even more secrets up their puffed sleeves. It soon turned out that the co-writers weren’t just friendly colleagues, but aunt and niece, guardian and ward, and lesbian lovers all at the same time. True to form, Victorian England repressed Michael Field’s startling identity, tut-tutting “his” Sapphic poems and pretending as though they didn’t want to know more about how “he” came to be. But for the curious reader, here’s the true story.

When Bradley’s older sister Emma fell ill, Bradley stepped in and became the legal guardian of her sister’s newborn daughter Edith Emma Cooper. After six happy years of Bradley mentoring young Cooper, a family tragedy led Bradley to take a step back from her duties. When Bradley was just 22 years old, her mother died. Left to grieve, she needed a distraction. She traveled to France, recovering from her sorrow with the lights of Paris and the shores of the Seine.

The intellectual young woman studied at a French college and built a life for herself on the continent, but over the years she grew homesick. By the time she was 27, Bradley returned home to Cooper, who was now 11.

Bradley, who was independently wealthy thanks to her family’s involvement in the tobacco trade, resumed her role as Cooper’s intellectual mentor. She encouraged the young woman to write poetry and translate Virgil—at the same time as the over-achieving Bradley published her own literary works, such as The New Minnesinger. Between the 1870s and the early 20th century, Bradley and Cooper struck up an intense romantic relationship and published an impressive oeuvre of 27 plays and eight books of poetry, all while finding time to form one of literary history’s stranger footnotes. The writers worshipped their little dog Whym-Chow with a pseudo-religious fervor, but that’s a story for another day.

This is not a popular representation. In articles on Field, critics either avoid the unseemly registers of Bradley and Cooper’s early relationship or equivocate its strangeness with other outdated romantic norms, like marriage between first cousins.

Critics don’t want to think about Bradley as a lecherous aunt for plenty of understandable reasons. First, there were so few historically recognized lesbian couples in 18th and 19th century Britain that it’s natural to want to protect this rare union from charges of perversion—charges that themselves were steeped in a long history of anti-gay rhetoric. Second, in focusing on Field’s more palatable aspects, critics rebut sexist Victorian critiques of Field and try to revive Bradley and Cooper’s place in literary history—and fair enough, as “Field” has been unjustly forgotten for too long. Third, it’s far easier to celebrate a lesbian couple instead of being a killjoy. While Bradley’s behavior should give us pause, no one likes to be told that their fave is problematic—especially when said fave is one of very few options for the “best Victorian lesbian” category.

While the foundation of their relationship is unsavory, we do know that for the rest of their lives, Bradley and Cooper were inseparable. The women co-wrote a journal and claimed that they were so entwined that they couldn’t distinguish where one’s writing stopped and another’s started. They managed to get through rough patches, like Cooper’s passion for a male friend.

Then, later in life, Bradley’s early role as guardian returned in a gesture that can either be read as self-sacrificing or manipulative—depending on your interpretation. When Cooper was dying of cancer, Bradley was so determined to take care of Cooper that she hid a startling secret from her life partner. It turns out that Bradley was secretly battling the disease at the same time. When Cooper died in 1913, she had no idea that Bradley would soon join her. Bradley hemorrhaged at Cooper’s funeral and ultimately passed away nine months later. Even in death, Michael Field’s two halves couldn’t be separated for long.

Like so many of history’s fascinating figures, Michael Field can’t be boiled down to a one-dimensional character sketch. All at once, Bradley and Cooper were brilliant writers, committed partners despite their meet-ugly, egotistical artists, and flawed, changeable people. Throughout their lives they switched religious affiliations from Anglican, to Roman Catholic, to atheist, and even to Pagan—and as I noted earlier, they worshipped their freaking dog.

While it would be easy to remember Bradley and Cooper as a delightfully queer footnote in Victorian history, it’s important, now more than ever, to be wary about power dynamics in personal relationships—even if they occur within partnerships that we wish were straightforwardly pure. Instead of omitting the dicey beginnings of Michael Field, we should figure out how to grapple with the writer’s ambiguous origin story without losing sight of Field’s tremendous place in lesbian history and the history of women writers. 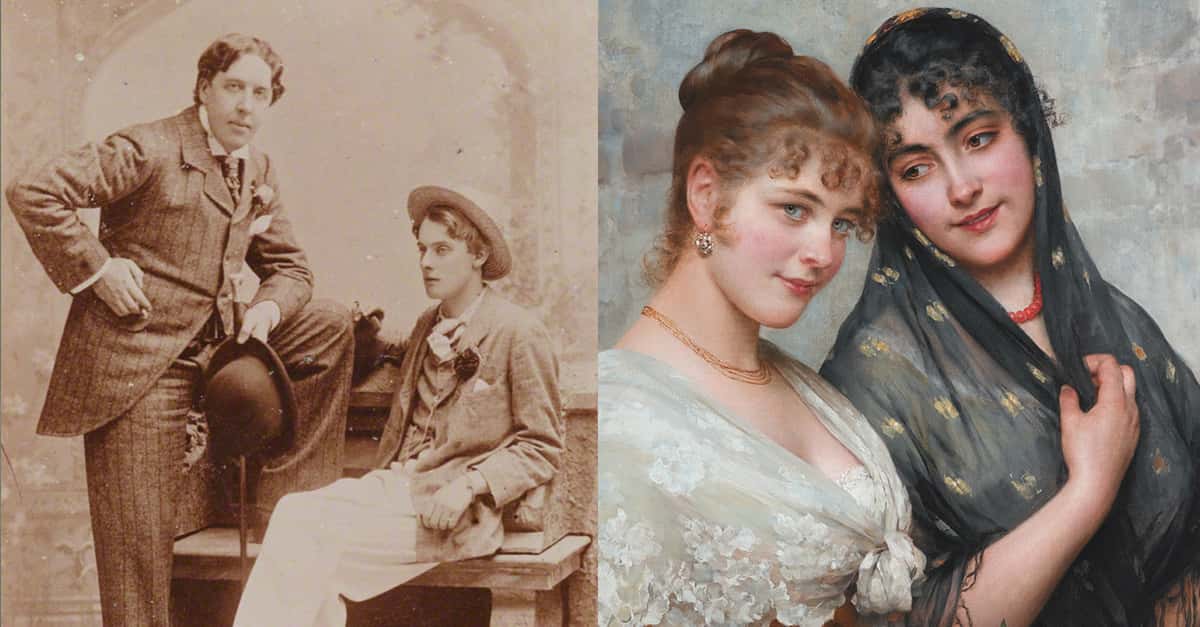