The Marvel Cinematic Universe has seen a lot of villains. Most of them are…fine. They’re good enough. Your Yellow Jackets, your Kaeciliuses, your Children of Thanos (10 points if you can name all four). They do the job, but they don’t really leave a big impression on you. Then again, some of them are outright terrible—I’m looking at you, Whiplash. But, a lot of Marvel villains are great, and since I don’t really feel like delving too deep into Laufey the Frost Giant or the Abomination, let’s only talk about the good ones. The ones who are a little more complicated than “get me the big shiny thing that can blow everyone up” (even though plenty of them still want the big shiny thing that can blow everyone up—it is the MCU, after all). Here are the top 8 MCU villains, ranked.

I. Love. Creep. Gyllenhaal. The guy’s just got unsettling manic energy down pat, and Far From Home instantly gets better once he gets into Nightcrawler mode (the movie, not the X-Man). Plus, the movie’s take on Mysterio as a master of VFX makes it by far the most interesting meta-commentary in the MCU. It allows for Far From Home to comment on everything from misinformation in the internet age to the bizarre and complicated process of making a huge, big-budget superhero movie.

And last, but not least, Jake Gyllenhaal looks great in a cape.

Tom Hiddleston makes Loki work as a diabolical villain bent on destruction, as an anti-hero who finally picks the right side, and as an all-around agent of chaos who just wants to mess with people. If The Avengers hadn’t had such a charismatic villain, who knows if we’d have all jumped on board with this whole MCU thing in the first place—but darnit if we all couldn’t help but wonder what that lil’ stinker was up to.

The only reason Loki isn’t higher on the list is that it’s been so long since he was a real villain. Sorry to hold that against you, Tom.

I’m learning that Captain America: Civil War is a pretty polarizing movie. It’s about as low-stakes as the MCU gets, and apparently you either love that or you hate it. I love it. I think Daniel Bruhl gives a stellar performance, and I really appreciate how his scheme, for once, isn’t to take over the world or kill a million people. He just wants to tear the Avengers apart—and he does it.

Civil War is the MCU trying to grapple with the insane destruction that’s commonplace in superhero stories. The way that living in a world with superheroes would really…suck. Helmut Zemo, sitting in the snow, listening to the last voicemail from his wife for the final time—succeeding in his goal, but still ultimately feeling hollow—is a place I’d like to see the MCU go more often.

The Vulture from the comics was originally a guy who invented wings made out of magnets who stole jewels because…what else are you going to do with magnetic wings? I’m sure Michael Keaton could have even made that character at least a little interesting, but strangely, Marvel decided that the Vulture could use a bit of an update.

Like most good villains, Keaton’s Vulture is a bad guy who thinks he’s a good guy. He’s just a family man who’s takin’ what’s his in this crazy world of Avengers and alien invasions. Yeah, he’s arming bad guys with terrifying weapons, but hey, you’ve got to make a buck somehow, right? Sure, he’ll remorselessly vaporize a guy or two, but, uhh, they were trying to take food off his daughter’s plate, I guess?

The movie hits its peak when Peter Parker realizes that his greatest enemy is his girlfriend’s dad, and we get to see Keaton go from “I’m just messing with you Pedro” dad energy to “I will kill you if you don’t let me do what I have to do.” *Chef’s Kiss*

I am so grateful that Thanos worked. Sure, people love to pick nits (OK, his plan doesn’t make perfect sense, let’s move past it), but it’s hard to argue that Thanos wasn’t a compelling villain. If the technology hadn’t been there yet, having a big purple grimace bad guy could have completely sunk the whole Infinity Saga, but in both Infinity War and Endgame, Thanos really shines as a character.

Josh Brolin gives a phenomenal performance, and thanks to the insane camera rig they mounted on his head, you see every inch of it on Thanos’s face. When he grins in satisfaction, when he weeps for his daughter, when he finally realizes he’s lost once and for all—it’s all there. Thanos could easily have been a generic big bad with no depth who looked kinda bad but still had to be stopped at all costs. We’d have all cheered when Iron Man finally punched him so hard that he died, and then we’d have moved on with our lives. I’m very glad he ended up a lot more than that.

If you don’t stan Nebula, I don’t know what to tell you. She’s the big blue meanie robot lady who wants to kill everybody. No, she’s the competitive daughter who constantly comes in second and it eats her up inside. No, she’s the lost child of a genocidal maniac who joins the good guys because she’s finally realized that she doesn’t know who she is or what she wants. As Nebula, Karen Gillan instantly makes any movie she’s in better—but I like her for more than that.

A lot of people came to resent the interconnected nature of the MCU. How so many of the movies are required to add plot points or characters just so they can be paid off in a later movie. I love that part. Hook it up to my veins. Nebula is one of the characters who benefits from it the most. It really hit me when I first saw the original 2014 blue meanie come back in Endgame. The transition to almost-nice Nebula happened so gradually, across so many movies, that I completely forgot where she’d come from. She gets one of the best arcs of any character in the MCU, and her part(s) in Endgame really hammer home just how far we’ve gone with this franchise. Love. It.

I don’t know how anyone could rank MCU villains and not come up with Killmonger at the top. I tried to come up with any reason that Nebula or Thanos might end up higher, and I just couldn’t justify it. From his performance to his characterization to his look (god, he looks so good in this movie), Michael B. Jordan just has this spot locked down, and it’s really not close.

Most MCU villains don’t need a lot of explanation as to why they’re doing the bad stuff. They just do it because they want to, or because Tony Stark was mean to them, or because they’re…a planet. The movies usually work fine without the big why, but there’s a reason that Black Panther is more than just another MCU movie. The movie forces you to empathize with Erik Killmonger. To understand the world that made him the person that he is. So when he dies on his knees, watching the Wakandan sunrise for the first time, it stays with you.

You can’t really say that about the time Red Skull got turned into a beam of light, or when Aldrich Killian got blowed up in an Iron Man suit, or when Yellow Jacket got made real small. Here’s hoping the next phase of the MCU takes Coogler’s lead, and we see more Killmongers in the future. 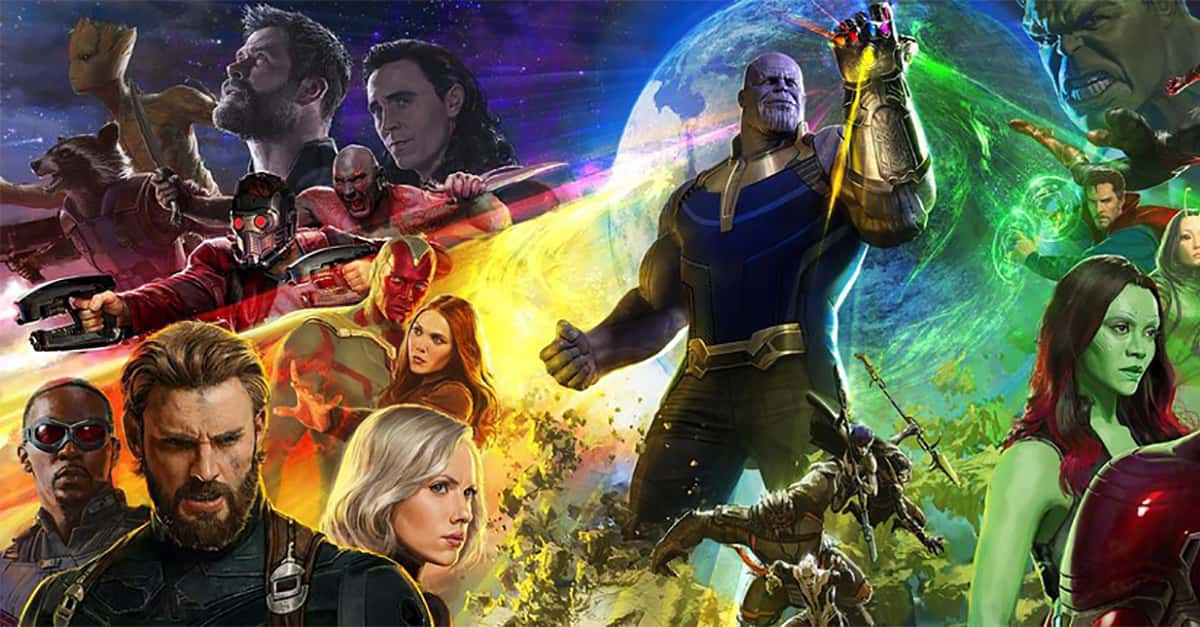