Let’s face it, the world needed another list of the Infinity Saga movies, ranked. After all, there’s really not a ton of MCU lists out there, right? It just seems they haven’t quite invaded culture enough yet. But how about a list that barely talks about the actual movies that appear on it? Well, that’s crazy enough that it just might work…Here are the top six Infinity Saga movies, ranked.

You have to start at the beginning. With Iron Man, Jon Favreau managed to nail down the formula upon which the entire MCU would be based. Make it funny, make the suits look amazing, give us some good action, and nail the casting. Remember, this was a time when most people assumed Robert Downey Jr.’s career was dead. He was such a train wreck, Marvel actually tried to stop Favreau from casting him. Thank God he persisted.

The entire MCU is based on how perfect Robert Downey Jr. is for that role. Does the movie hold up perfectly? Of course not. Not a lot from 2008 is 2020-proof. But Tony’s skeevy character does have one benefit that most skeevy characters from the 2000s do not: eleven movies of character arc. Characters can only change so much over the course of a movie, but seeing Iron Man go from “I’d be willing to lose a few with you” to “I love you 3000” over the course of a decade is a rare treat in the world of movies.

5: Guardians of the Galaxy

Yet it freaking worked. By far the funniest movie in the MCU (another risky choice for a superhero movie), James Gunn managed to stick the landing and allow the Marvel movies to get weird—to stop playing it safe. A lot of people might be upset that Thor: Ragnarok isn’t on this list. I also hold a special place in my heart for Guardians 2 (Yondu’s funeral would definitely make my top MCU scenes list). But to me, all these movies fit into the same vein, and the tie goes to the veteran.

I like Captain America: The First Avenger a lot, but when you hold up that movie’s Steve Rogers against Iron Man’s Tony Stark, there’s a pretty clear winner. The MCU doesn’t work if we don’t like Captain America as a character—and let’s be honest, making people like the most basic hunky white guy of all time isn’t easy. Thank God Kevin Feige was a fan of Community.

With Winter Soldier, the Russos (and their writing team, Christopher Markus and Stephen McFeely) figured out how to make Captain America as exciting as Tony Stark. They gave him a sense of humor. They made his down-to-earth abilities cinematically interesting (the fight choreography in that movie…chef’s kiss). And, most importantly, they managed to make this one-dimensional character emotionally conflicted: They brought back his old pal Bucky Barnes as a Terminator-like killing machine.

Honestly, it’s a shame this movie sits so low on the list. A lot of MCU fans would argue it’s the best Marvel movie, and I’d have a hard time disagreeing with them. It’s kind of perfect. But every list is tied to the day it was written, and today, Winter Soldier sits at #4.

Black Panther was definitely a movie that could have landed like the infamous “Women of Marvel” scene in Endgame. It could have been a little on-the-nose, a little “pat-on-the-back.” Disney saying, “Hey, look how good we did!” But it’s none of those things. If there’s one common thread in this list, it’s that Kevin Feige knows how to pick directors. Ryan Coogler gave the MCU more depth and nuance than it had ever had before, but still made a perfect superhero movie that checks all the boxes a dweeb like me hopes for.

Black Panther is probably the best standalone MCU movie; the best self-contained story. This movie has it all. The costume design, the music, the cast, and freaking Wakanda (seriously, we haven’t wanted a place to actually exist this badly since Hogwarts). It also feels connected to the world that we live in in a way that the MCU very rarely does. And while I absolutely love Thanos, Erik Killmonger is the best MCU villain. It’s hard to make a character that the audience empathizes with so much, while also making it clear they have to be stopped at all costs.

One common complaint with the MCU is that the stakes are always so high, it eventually feels like there are no stakes. Stop the bad guy or they’ll destroy the world/universe. Pretty easy to pick sides on that one. Instead, Civil War shows us a videotape.

The tape shows Captain America’s best friend Bucky, brainwashed and completely powerless, brutally beating Iron Man’s parents to death. And the three of them watch it together. With Killmonger, we empathize with what he’s been through, but when he’s fighting T’Challa at the end, we know who we want to win. But who do you want to win in Civil War? Do you want Tony to forgive his parents’ murder? Steve to roll over and Iron Man kill let his best friend—his only connection to his past life?

The world wasn’t at stake. There were no alien armies or omniscient helicarriers in sight. That moment when you realize that the Russos have jammed you between a rock and a hard place when you least expected it—between the franchise’s two most important stars—tops any climax in the MCU. Except, of course, for one…

The comics fanboy in me just couldn’t pick anything else at the top spot. I wish I had a cooler choice. But there’s nowhere else this list could have been going.

The experience of seeing Avengers: Endgame on opening night was honestly, pretty special. The applause at the title, the stunned silence as Five…Years…Later… panned across the screen, and of course, the cheers that started at Cap catching Mjolnir and didn’t stop until “I am Iron Man.” I don’t think I’ll feel elation like that again until the Toronto Maple Leafs hoist the Stanley Cup.

But instead, instead, I just want to talk about Tony Stark. The guy who started it all. The arc from “I’d be willing to lose a few with you,” to “We need a suit of armor around the world,” to “I don’t care—he killed my mom,” comes to an end with “I love you 3000.” And as we walked out of the theatre, the sound of Tony Stark in a cave, hammering on the first Iron Man mask, echoed through the room.

A lot of people don’t like the MCU, and I completely understand that. But they don’t get to feel like I did walking out of Avengers: Endgame for the first, second, and third times. I hope all the naysayers find something that can give them that much joy—cus let me tell ya, it’s pretty great. 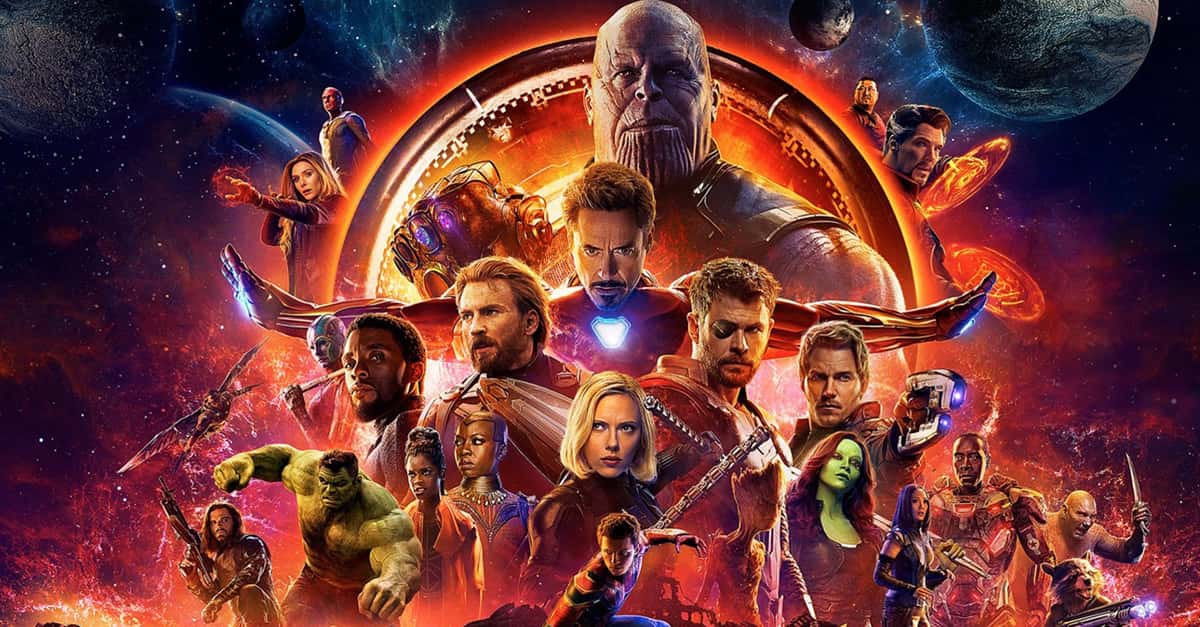