People give history a bad rap for being full of boring white dudes. But actually, if you know where to look, it’s chock-a-block packed with kick-butt bisexuals and lesbians. From women fencers and WWII spies to scandalous queens and runaway duchesses, this is your one-stop shop to the wonderful world of history’s most awesome queer women.

Julie D’Aubigny was a 17th-century bisexual swordswoman and opera singer who fenced and sang her way through Europe, often while dressing in men’s clothes. She also regularly did the most outlandish things to be with other women. One time she stole a nun’s corpse to fake the death of her girlfriend, who was locked up in a convent, so that they could run away together.

Iconic Moment: At a ball in 1695, Julie started making out with the hottest girl in the room. Three dudes who also had their eye on said hottie got angry. They all challenged d’Aubigny to duels, and she handily beat all three.

Get me a biopic of Josephine Baker stat! By day, Baker was a glamorous starlet whose provocative dance moves set the stage for Beyoncé. By night, she was a spy for the French Resistance during WWII. Understandably, no one could resist Baker’s charms. Men literally dueled over her, she received over 100 proposals, and she had an affair with Frida Kahlo. I bow down.

Iconic Moment: This real-life femme fatale had the best espionage ideas. Baker would sneak sensitive materials past Axis officers by hiding them inside her undergarments. She knew she could dazzle the star-struck officers too much for them to really pat her down.

Marlene Dietrich is the androgyne of my dreams. The bisexual star specialized in playing bad girls both on screen and off, with her legacy full of spicy flirtations and Hitler-bashing. When Dietrich wasn’t busy recording songs that insulted the Nazi party, she had flings with JFK and Gary Cooper—but her greatest achievement was stealing her nemesis’ girl. Dietrich allegedly seduced Mercedes D’Acosta away from her rival Greta Garbo. Oh—and she could work a tux like no one else.

Not even childhood polio, an evil mom, and a horrific bus crash could make Frida Kahlo give up. After her injuries forced her to stay in bed for months, she got a special easel so that she could paint while convalescing. When her husband had multiple affairs, she lived her best lesbian life and even had a fling with our friend Josephine Baker. And though the world routinely dismissed Mexican artists, she got her paintings into the Louvre. She was, in sum, completely amazing.

Iconic Moment: Frida on her cheating husband Diego Rivera: “Of course he does well for a little boy, but it is I who am the big artist.” *Chef’s kiss*

Christina of Sweden, The Girl King

Christina of Sweden overcame a really messed up childhood with a deranged mother to become a sword-wielding lesbian icon. As a royal rebel, Christina didn’t just rule without a man—she absolutely refused to marry. Then, at 28, Christina gave up the crown to become a gender-bending counter-culture icon. In her later years, she opened arty theaters, rocked a light beard, and wore wacky outfits—all while navigating the soap operatic world of 17th-century Europe.

Iconic Moment: Okay, this is from Christina’s brief bi-curious phase, but it’s too good not to share. When she started pursuing a man, she displayed her breasts so aggressively that the Pope himself had to beg her to cover up.

Hortense came from one of 17th-century Italy’s most respected families—so the fact that she turned out to be one of history’s most eccentric queer women was a very big deal. Here’s the story: After dumping her creepy ex-husband, Hortense gallivanted around Europe, drinking, gambling, fighting, and dressing in men’s clothing. When she wasn’t busy romancing all the ladies, she kept her wallet full by seducing various sugar daddies, including the freaking King of England.

Iconic Moment: Okay, so when Hortense was banging King Charles II, she met his illegitimate daughter Anne Lennard and liked what she saw. Hortense and Anne’s flirtation hit its apex in a now-infamous midnight duel. In it, the women dressed in flimsy nightgowns and basically used their fencing match as an excuse to do some hard-core eye-banging.

This poor woman spent her life surrounded by godawful men—but even out of this primordial patriarchal ooze, she managed to become a true BAMF. After marrying one of Genghis Khan’s under-achieving sons, Töregene Khatun waited for her lazy hubby to kick the bucket, then seized power to rule Mongolia…with her “really close friend” Fatima by her side. Sadly, Töregene and Fatima’s story has a bummer of an ending, but these ladies reigned together for years and got to enjoy some quiet time in retirement before things went south.

Of all the old Hollywood screen sirens, Hedy Lamarr is my favorite. This girl invented the foundation of Wi-Fi technology, schooled freaking Howard Hughes on plane design, and starred in the first film to feature a female orgasm. She also got married six times, had a secret love child, and wrote frankly about her many Sapphic escapades in her spicy autobiography.

Iconic Moment: To get away from her controlling ex-husband, a young Hedy tricked her husband’s henchmen uh, the household staff by dressing as a maid and disappearing into the night.

Let’s be clear: Anne Lister was not a good person. She hated poor people, literally put one of her exes in an asylum, and was a megalomaniac jerk. That said, she is also an absolutely iconic historical lesbian. She rocked male clothing and reno’d her house to include secret tunnels through which she could sneak her numerous lady lovers. Lister also recorded her bed-hopping in a coded journal. Historians call it “the dead sea scrolls of lesbian history.” Even though Lister was mean, no one can say she doesn’t belong on this list.

Iconic Moment: In 1834, Anne Lister marched up to the local church. There, she exchanged vows and rings with the neighborhood’s loaded hottie Ann Walker. Historians now consider it the first lesbian wedding in England. 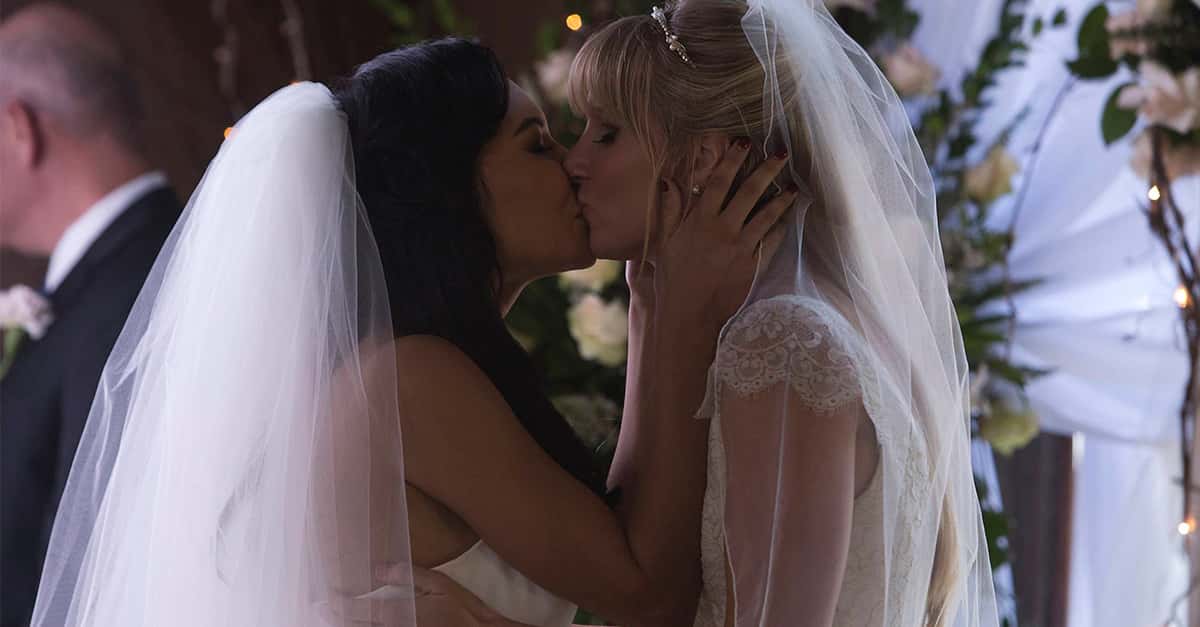