Harlan County, Kentucky, has never really known peace. The area has been an important site in the history of the labor movement in the US. It’s where a long battle has been waged between coal mine operators and workers. Coal mining is notoriously dangerous, and the unions have fought to ensure that the way of life for their workers doesn’t constitute a death sentence. What happened in Harlan County is one of the most remarkable and harrowing stories in the history of labor, filled with tragedy, intrigue, violence—and most importantly, solidarity.

Which Side Are You On?

There was already coal mining in Harlan County at the turn of the 20th century. But when the mining companies first used the railroad to ship their product out in 1911, everything changed. From 1910 to 1920, the population tripled. Then, in the decade after that, it doubled. The coal companies ran most towns in Harlan County. Men worked in the mines, lived with their families in company houses, and bought everything they needed from company-owned stores.

The end of WWI led to a coal boom. However, like everything else in the US, it all came to a standstill in 1929. In order to keep coal in play as a fuel of choice, Harlan’s coal mine operators began to sell below cost. Then, to keep themselves afloat, they cut the worker’s wages. This put them even further below the poverty line than they already were.

The United Mine Workers of America (UMW) saw this as their chance to organize the workers in Harlan County. At the time, only a portion of Harlan’s workforce was unionized. Sadly, they were the ones who the mine operators targeted first. They laid off and evicted workers who they knew to be union members—but it backfired. The UMW’s message had made it to the non-unionized workers. They saw what the mine operators had done to their colleagues, and decided to stand in solidarity with them. The strike began.

At the height of the largest strike in Harlan County history, there were 5,800 strikers to 900 strikebreakers. Protecting those strikebreakers and the mine operators was Sheriff J.H. Blair and his lackeys. During the Harlan County War, the mine operators had Blair completely under their thumb. He spent his time terrorizing miners and their families on behalf of their employers.

Late one night Blair and his men went to the house of Sam Reece, a union leader. As Sam’s wife Florence later recounted, someone came to warn him that Blair and his men were coming to shoot him. He made it out just in time, but Blair spent the night terrorizing Florence and the children. They trashed their home and waited for Sam to return so that they could kill him. When they finally left, a furious Florence Reece ripped a calendar off the wall. She used the paper to write a song she called “Which Side Are You On?” It became one of the most enduring and well-known songs of the labor movement, and an anthem for workers on strike.

In Harlan County, There Are No Neutrals

“That Electricity Burning Over There, There’s Someone Dying Every Day For It”

In the intervening 40 years, things did not get better in Harlan County—at least they didn’t for the miners. While profits shot up and the cost of living increased, the worker’s wages remained stagnant. The company homes had not been updated. Many miners and their families lived without running water. It was time for the United Mine Workers of America to come back to Harlan County. They wanted to unionize not just a few of their miners, but all of them. At the same time, some unexpected allies came along: Barbara Kopple, an independent documentary filmmaker, and her camera crew.

The UMW had made great inroads with the people of Harlan County. By 1973, all the miners at the Brookside Mine had agreed to join the union. However, when they presented their contract to the mine operators, their bosses ignored them. So, they agreed to go on strike. Well, Kopple had been working on a documentary about the leadership of the UMW. However, when she heard about the strike, she headed down to Harlan County. Just like the strike of 1931, the mine operators brought in strikebreakers. They then enlisted local law enforcement to protect the scabs. The tension grew in Harlan County.

“If I Get Shot, They Can’t Shoot The Union Out Of Me”

Kopple had ingratiated herself and her crew with the wives and families of the miners, who were just as active in the unionization and strike. At first, the presence of Kopple’s cameras helped to keep the violence at bay. None of the so-called “gun-thugs” who shuttled the strikebreakers back and forth wanted the filmmakers to catch them on camera brandishing their pistols. Sometimes, Kopple would even pretend to keep shooting even when she had no film left, in hopes that she could protect the workers and their families. But eventually, things bubbled over.

Kopple captured harrowing moments where the gun-thugs shot at locals as they gathered to strike at dawn, and even scenes where they attacked her and her crew. A year into the strike, a strikebreaker shot a beloved local miner named Lawrence Jones, who left behind a teenaged wife and a new baby. Along with a nationwide walkout by the UMW, the tragedy ended up being one of the catalysts that brought the mine operators and the workers together to end the strike. Kopple continued to work on her documentary for the next two years. That film, Harlan County U.S.A., went on to win the Academy Award for Best Documentary for 1976.

With Harlan County U.S.A., Barbara Kopple brought the exploitation of miners in the Appalachian region to national attention. Sadly, in the intervening years, the spotlight faded. The labor movement met a period of stagnation and union membership went down. On the other hand, the demand for coal dropped sharply. The combination of a weakened union and dwindling industry has spelled disaster for Harlan County.

In 2019, a mining company named Blackjewel Coal declared bankruptcy, leaving miners in the lurch without pay or access to their 401(k)s. When workers learned that the company planned to transport about $1 million worth of coal out of a mine in Harlan County, they were furious. They formed a blockade on the tracks to stop the train, once again shining a spotlight on Harlan County. The national attention became the impetus for the company to settle with the miners, who ended the strike after two months.

Coal mining was the lifeblood of Harlan County. However, it’s also been the black poison whose negative effects have seeped down through generations of residents. Since the mines’ more profitable days, the population has dwindled  The life expectancy is far below the national average. In fact, only three other counties out of 3,142 in the US have a lower life expectancy than Harlan County. Unemployment is regularly much higher than the national average, and so is the average income.

What happened in Harlan County is a microcosm of what happened in the coal industry and the union movement throughout the 20th century. But on a local scale, it’s nothing short of a catastrophic tragedy. 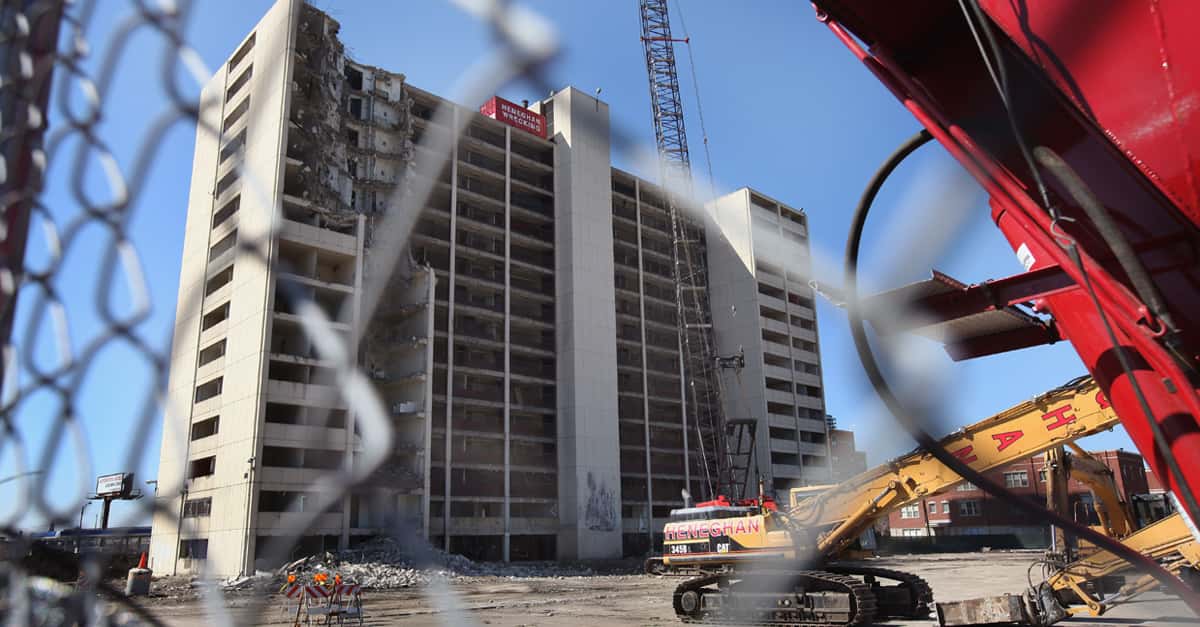