The practice of writing a “spec script” is far from new. Writers have been producing non-commissioned and unsolicited screenplays for movies or TV in the hopes that they get bought and produced since the Golden Age of Hollywood. In fact, Good Will Hunting was a spec script before it was sold to Miramax Films in 1994. Of course, the grand majority of spec scripts never end up being optioned. But some spec scripts? They aren’t meant to be made. They stand alone as great works of art. Putting them on film would only dilute their unique genius.

Actually, I have no idea if I can say “some spec scripts” in this case. They’re probably all written with the intention that they’ll one day be made. All I know is that there’s no spec script quite like the masterpiece that is Tom Scharpling’s Grown Ups 3.

Tom Scharpling is a criminally underrated comedian, writer, producer, voice actor, singer, and radio/podcast host. Yes, somehow he has managed to do all those things and still remain underrated and under the radar of many. In fact, he’s made this lack of notoriety part of his schtick. For many fans, he’s best known for his long-running radio show-turned podcast The Best Show.

For many not familiar with his work, he can sometimes be misread as whiny or ungrateful, constantly griping about how everyone around him gets famous and gets good work while he struggles—getting passed over for jobs, getting let go from projects he began, and getting cut out of both Ant-Man films. But! Not only is Scharpling putting on a character who is an exaggerated version of himself, it’s basically all true, and his “complaints” all valid. And yes, he did totally have parts in both Ant-Man films left on the cutting room floor.

Scharpling’s The Best Show is a cult favorite that’s gained legions of fans who call themselves FOTs, or “Friends of Tom.” The content of the show is best described by its slogan: “Three hours of mirth, music, and mayhem.” One of the regular highlights of the show, which has been running for well over 800 episodes, are calls from Scharpling’s comedy partner Jon Wurster, who plays a nearly endless catalog of characters. The show has also had some of the most remarkable names in comedy, film, TV, and music on as guests, including, but not limited to, Patton Oswalt, Kurt Vile, Paul F. Tompkins, Paul Rudd, Patricia Arquette, and David Crosby.

While Scharpling is best known for The Best Show, he’s also worked as a writer and producer on a number of TV shows, including Monk, Tim and Eric Awesome Show, Great Job! and HBO’s Divorce (from which he was famously let go during a live episode of The Best Show). Scharpling’s skills for writing scripts have been honed across more than a dozen TV shows. His intrinsic understanding of comedy and pop culture combines with that skill in an unprecedented way in his spec script for Grown Ups 3.

On January 6, 2020, Tom Scharpling posted a Tweet reading “In April 2019 I wrote a script for GROWN UPS 3. I was not asked to write it. It is the best thing I will ever do in my life, professional or otherwise. And here it is, my first gift to everyone in 2020.” The Tweet included a link to the website www.GrownUps3Script.com. The website features a few short words about the script, calling it a “celebration” of the Grown Ups movies and the “SandlerVerse,” along with a link to a 52-page PDF screenplay.

It starts as a straightforward sequel to Grown Ups and Grown Ups 2, opening with a funeral scene where the cast is reunited to come together and mourn the loss of Rob “Carrot” Hilliard, the character played by Rob Schneider. On the first page, the Adam Sandler character makes a fat joke and the David Spade character, a misogynistic one. Already, Scharpling is showing his deep understanding of what goes on in the world of Grown Ups.

In case you were worried that I’m insisting a straightforward continuation of the Grown Ups universe is the most utterly hilarious thing you’ll read in 2020, on page four, things take quite the turn. Rob Schneider breaks character—his character being a corpse at this point—and the script turns into a meta-narrative about the making of Grown Ups 3, its cast, and their interpersonal drama.

Sandler, Schneider, Spade, Kevin James, and Chris Rock all take turns sniping at each other, referencing their shared and respective filmographies and their time on Saturday Night Live together—minus James, of course. Things get personal, words are said, but the Sandman has a solution to it all: a trip to the lake house, just like in the first Grown Ups movie.

From this point the film spins into a buddy road-trip comedy. Sandler and his cohort of actors pile into an RV—along with Nick Swardson—and begin the drive to New Hampshire. Here, jokes typical to the Grown Ups franchise are tossed around by the stars who appear in them. Things like Kevin James making a joke about his bowel movement, saying “That wasn’t a number two. That was more like a three and a half.”

They arrive at the house, but in case you thought Scharpling was done complicating the meta-narrative, it gets weirder from there. The cast is then stalked by a mysterious figure who sports alternating “tragedy” and “comedy” masks, turning into a full-on cabin in the woods type of horror film where they’re picked off one by one. Oh, also, Steve Buscemi and Shaq show up.

At each point that the reader adjusts to the plot changes in the script, even becoming absorbed by them despite their absurdity, Scharpling once again subverts expectations. It’s hard to detail the twists contained within the last few pages, which stacks the “meta” part of the meta-narrative higher and higher until it’s hard to even situate oneself within the story. Anyway, as E.B. White said, “Explaining a joke is like dissecting a frog. You understand it better but the frog dies in the process.”

The reception of Scharpling’s Grown Ups 3 spec script has been a reflection of just how beloved he is among his friends and contemporaries. Director Peyton Reed tweeted that he wished he’d never cut Scharpling from both of his Ant-Man movies, while Adam McKay, Oscar-winning screenwriter, wrote that “This movie would be on my top five list for the year. I’m not kidding.” As I write this, it’s been only about 24 hours since the script appeared on the web, and I can only wonder if Adam Sandler, amidst all the buzz about his performance in the critically-lauded drama Uncut Gems, has heard about it yet. Only time will tell.

Whether or not you are a fan of the Grown Ups franchise and characters or Tom Scharpling’s brand of humor (hey, why not both!), the absurd brilliance of the Grown Ups 3 spec script speaks volumes to Scharpling’s sharp wit and keen understanding of the Hollywood machine that had put him through the wringer. It’s the perfect antidote to a sphere that takes itself too seriously, and the perfect vehicle for Scharpling to showcase his experience in the worlds of comedy and screenwriting. 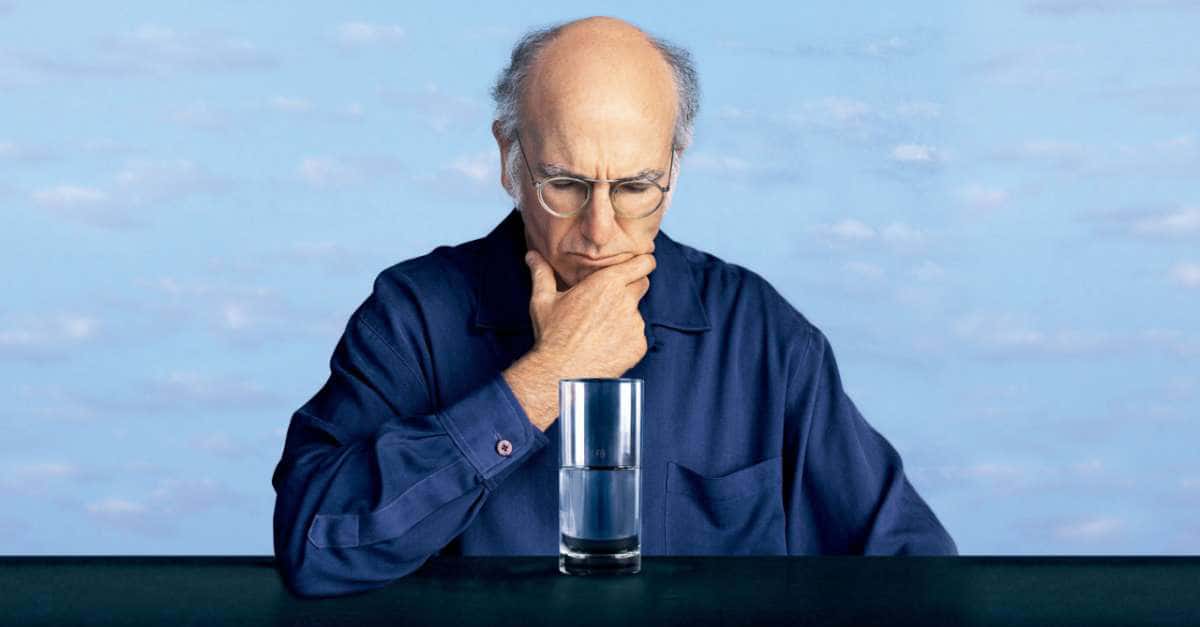