The Scent Of Danger: A Brief History Of Controversial Perfumes

The Scent Of Danger: A Brief History Of Controversial Perfumes

It’s hard to imagine that something as simple as a perfume could create a scandal. After all, they’re generally considered a luxury item and aren’t necessarily worn every day, even by those who bother to buy them. But at the same time, what’s more personal than scent?

During the Victorian era, rigid social conventions of the day dictated that any respectable woman shouldn’t wear more than a whisper of a fragrance, and that said fragrance must be floral. In the early 20th century, following these decades of harsh protocols, perfumers began branching out and experimenting, with some experiments becoming more successful and influential than others. As the perfume industry grew over the course of the next decades, it saw more than its fair share of controversy—whether it be over the fragrance itself, who wore it, or how it was marketed.

I’ve Got Your Number

Chanel No. 5 may be one of the most well-known perfumes in the world, and part of the reason for that is the cultural perception of scent that it was born from. Before it burst onto the scene, there was a very traditional attitude toward scent—namely, that proper women wore subdued, single-note fragrances, like rose or gardenia, and that less-respectable women wore stronger, more animal fragrances, like jasmine or musk. Coco Chanel sought to change all that with her scent, which was a blend of respectable florals, sensual musks, and a relatively new ingredient: aldehydes, synthetic compounds that mimic natural ingredients.

The scent, with its avant-garde formulation, was shocking, but thanks to the clout of the Chanel name, it was quickly adopted by the forward-thinking women of the era. In relative terms, it might not be the most controversial scent of this early era of modern perfuming, but the way No. 5 made its mark certainly shaped the way that perfumers formulated and marketed their products.

The Scent of a Woman

One of Coco Chanel’s greatest rivals was Elsa Schiaparelli, an Italian fashion designer known for her association with artists from the Surrealist movement. In 1936, Schiaparelli made her own mark on the world of scent with a controversial fragrance named, appropriately, Shocking. In a relatively early example of the maxim “sex sells,” the bottle was molded in the shape of bombshell actress Mae West’s torso.

The fragrance itself came on strong with a carnal note of civet—a type of musk derived from the secretions of the animal of the same name. Looking at the combination of notes in a bottle of Shocking, it would seem that the perfumer was trying to evoke the scent of a woman’s privates, though whether that was intentional or not remains to be seen. The marketing was as overtly sexual as the bottle and fragrance itself, with sketches by costume designer Marcel Vertes depicting scenes like Little Red Riding Hood being chased by a hungry wolf, wearing a shredded dress.

It’s difficult to track public reaction to scents and marketing campaigns like these from so long ago, but it’s safe to say there must have been some reaction, as no other designers or perfumers of the time were making or advertising a product like Shocking—after all, scent historians have referred to it as “the first sex perfume.”

Opiate for the Masses

After exhausting the possibilities of sex (at least within perfume ingredients that were available at the time), the perfume industry moved onto “drugs” in the 70s—notably with the introduction of Yves Saint Laurent’s Opium scent in 1977. Much as the scent, bottle, and marketing for Shocking all dovetailed into one common theme (sex), each element of Opium played into an orientalist, fetishized image of a substance that was both exotic and forbidden.

The perfume had warm and spicy notes, and came in a Japanese inro-inspired bottle with a bamboo leaf motif. The name, primarily, was what raised the controversy, with critics arguing that it condoned drug use. Some Chinese Americans formed the American Coalition Against Opium and Drug Abuse, calling attention to the fact that the perfume could be seen as trivializing the damage that substance abuse had done to their community. In 2000, a run of ads featuring a nude model in an incriminating position brought further controversy to the brand. Seemingly regardless of both scandals, the fragrance has been a bestseller since its introduction.

The idea of controversy isn’t exclusive to luxury fragrances, as proven by Love’s Baby Soft in the 70s. The bottle is familiar to any millennial girl who has perused the aisles of a department store, but back when it was first launched, this baby-powder drugstore scent promoted a confusing series of print and television ads trying to push the idea that innocence is sexy.

Doesn’t sound so bad, right? Well, while the slogan was, “Because innocence is sexier than you think,” the accompanying images were of tarted-up pre-teens looking like Jodie Foster’s character in Taxi Driver. Even though they eventually dropped the “sexy baby” marketing motif, the product continued to be sold to a younger teen demographic, now ignorant of its original message.

In the 80s, Christian Dior was a huge name in cosmetics in Europe, but had failed to truly penetrate the US market. Inspired by the punchy name and bold marketing of the controversial-yet-successful Opium, they formulated a plan. They needed a heady perfume that could stand up to the bold looks of the era, and a name that would be just as audacious. Thus, they came up with Poison.

While it didn’t draw controversy for any emphasis on sex or drugs, it did create its own type of fuss: its scent is so heady and strong, it’s nearly dizzying, and when it blew up and became a popular scent, that effect could be multiplied tenfold or a hundredfold were you to walk into an office, restaurant, bar, or other crowded place filled with women wearing the scent du jour.

In the olfactory sense, it was so ridiculously excessive that many restaurants banned it, complaining that it competed with the aroma of their food. Another typically 80s fragrance, Giorgio Beverly Hills, was also a victim of this phenomena—even in an era where people still generally smoked indoors.

Other controversies in the world of fragrance tend to mirror those that have popped up before, but when Tom Ford, a designer known for his playboy image, launched his Private Blend collection in 2007, one scent really stuck out. No, it wasn’t the one that he said “smell[s] like a man’s crotch” (that would be Black Orchid).

It went by the name of Tuscan Leather, but many remarked that it smelled like cocaine. While the spokesperson for Private Blend explicitly denied these claims, they nevertheless persisted and gained traction, giving the scent an ultra-edgy image and working as a sort of free publicity.

After years of the perfume industry courting controversy, it can feel like nothing is actually shocking anymore. As a result, brands, especially niche perfume brands (which don’t have to worry about losing advertising space) seem to throw controversial ideas at the wall to see what sticks. Etat Libre d’Orange, a French brand, is known for fragrances with edgy names like Philippine Houseboy, Delicious Closet Queen, and Putain de Palaces—a French term that’s the X-rated version of the word “courtesan.”

But they may be best known for their Secretions Magnifiques—that is, magnificent secretions—fragrance. Its composition is supposed to evoke just that, bodily secretions—specifically blood, sweat, sperm, and saliva. As opposed to past fragrances that have attempted to evoke sex but still stay pretty, Secretions Magnifiques doesn’t shy away from the funkier, uglier notes, which actually work to create a scent truer to the picture it paints for itself.

The former president of Parfums Christian Dior, Maurice Roger, said while looking back on the introduction of Poison, “I realized you can afford to be a little controversial, as long as your product is noble.” That statement seems more true now than ever with the proliferation of niche and indie fragrances, the heightened art of the perfume world, and many fans following the perfumer instead of a brand.

But in an environment like this, it’s also hard to imagine a well-crafted scent causing a controversy like those we’ve seen in the past. Nonetheless, we can still look back on the oh-so-nostalgic time when a glass vial could cause both scandal and sensation just because of a single note, a shocking ad, or a provocative name. 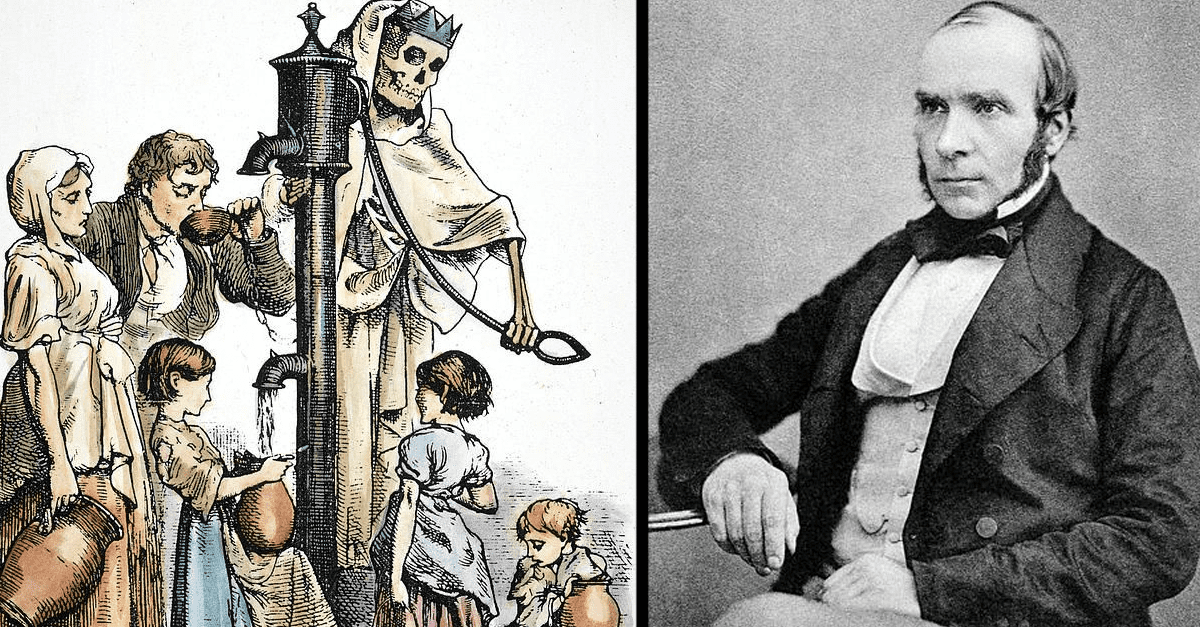 The Real John Snow: How One Man Solved The Most Deadly Mystery Of His Time

The Real John Snow: How One Man Solved The Most Deadly Mystery Of His Time