At first glance, it looks like an ordinary bottle of liquid soap, albeit with a somewhat industrial-style label. Certain words pop out, namely “Dr. Bronner’s Magic Soaps.” But upon closer inspection, it becomes clear that the rest of the text that crowds the label isn’t just a list of ingredients. There are sentences like “Self-discipline the key to freedom” and “You & I, Here & Now, Today! Not them nor they! You & I Today!” But what does it all mean, and who was the man responsible for the rambling, wordy labels?

Yes, there is an eponymous Dr. Bronner. He was born Emanuel Heilbronner in 1908 in Germany. His family had named themselves for the town where they lived, Heilbronn, which had a very strong Jewish population. When Heilbronner was just a teen, Adolf Hitler visited the town. The people of Heilbronn made it clear that he was not welcome there, but Heilbronner saw the writing on the wall. On top of that, he was a typical teenager, getting into clashes with his family. The Heilbronners had been making soap for years, but young Emanuel had his own ideas about soapmaking—so he took off on his own.

After emigrating to the US in 1929, Heilbronner changed his name to Bronner, hoping to avoid the negative connotations of the “Heil” in his birth name. He eventually became a naturalized citizen in 1936, and throughout that decade he worked as a consultant for US soap manufacturers. In the 1940s, he began calling himself “Dr. Bronner,” despite his lack of a medical degree. With his expertise in the business of chemicals and his strong personality, few challenged him. Around this time, he would frequently write home and warn his family of the danger they were facing as Jewish people in Germany—but sadly, they wouldn’t make it out in time.

A Mess No Soap Could Clean

The state eventually seized the Heilbronner family soap factory in Germany, and the authorities placed Bronner’s parents in concentration camps. They perished in the camps, but not before Bronner’s father wrote him a final, heartbreaking letter. It read: “You were right. —Your loving father.” Already known for his outspoken nature and firm convictions, Bronner became even more vocal following the loss of his family—according to some, too vocal.

In the mid-40s, Bronner and his wife Paula would appear in speaking engagements all over the US. Bronner was born Jewish and his wife was Catholic. However, his beliefs had changed over the years, and he espoused a “Judeo-Unitarian pop religious philosophy” of his own creation. They were so dedicated to this belief system that they spent most of their time promoting it. Following these speeches, they’d give away their handmade soap. Sadly, Paula fell ill and passed in 1944. The loss devastated Bronner. However, once again, the loss also compelled him to become yet more outspoken about his beliefs.

Unsurprisingly, his extreme nature sometimes got him into trouble. After appearing at the University of Chicago, authorities committed Bronner to a mental institution for two months, where doctors gave him shock treatments. On his company’s website, they say that authorities put him there “for vehemently espousing his views,” whatever that means. In another strange incident, a man seemed to crucify himself in public in support of Bronner’s philosophies. This incident and othersall became part of the lore of the Bronner brand.

The Man, The Myth, The Soap

It’s hard to separate myth from fact when it comes to the bizarre story of Dr. Bronner. His grandson, David Bronner, perpetuates the stranger parts of his grandfather’s saga. According to him, Bronner escaped from the mental institution and set off with a singular purpose: to finally start his own soap company in the US, picking up where his family had left off when they lost their factory. However, it wouldn’t be just any soap company. Its name illustrated this. At first, he called it “Dr. Bronner’s All-One God Faith,” though he would eventually change it to “Dr. Bronner’s Magic Soaps.”

Bronner had already been producing soap at home for years, distributing his bottles at his speaking engagements. To amplify his message, he began printing his “Moral ABCs” on the soap labels. So, when starting his own company, Bronner was clear that the soap was actually secondary to the message. The bottle was a vehicle for his beliefs, among them world peace and religious unity. This doesn’t mean that the product inside wasn’t special, though. At a time when most of the soaps available to consumers were filled with synthetic detergents, Bronner offered an all-natural product, its “Castile Soap” designation referring to its basis in Spanish olive oil.

While the other soap companies spent millions on advertisements every year, Dr. Bronner sold his soap out of his home, with many sales driven by word-of-mouth. Its natural composition also made it an easy pick for the health food stores that were popping up around the country. Likewise, skepticism of the larger brands sold in pharmacies and grocery stores turned consumers toward Bronner soaps. The business grew steadily, but not without hiccups.

Bronner’s intention had been for the soap to be an extension of his belief system. For a long time, he operated the company as a “tax-exempt religious organization.” In the 1980s, this came back to bite him. The government investigated and ruled that the company owed millions in back taxes, so he had to call in a couple of ringers.

At this time, Bronner’s relationship with his sons was inconsistent, as they had all entered foster care after the passing of their mother back in the 1940s. While his son Ralph had joined Dr. Bronner in 1956, Jim had left the business to work in chemical manufacturing. However, by the mid-80s, they were able to pull together and save the family business.

Following the tax debacle, Bronner’s son Jim officially joined the business and helped turn it into a for-profit company. Things were looking up for Dr. Bronner the business…but quickly deteriorating for the man who had started it all. Emanuel Bronner was suffering from Parkinson’s and he was going blind. He thought that the shock treatments he’d endured at the mental institution were the cause of his failing eyesight. Bronner passed in 1997, leaving the now-thriving company to his sons.

Following his passing, Bronner’s son Jim enlisted his two sons, Michael and David, to join the family business. Acting as CEO (“Cosmic Engagement Officer”), David has introduced his own causes to the company’s bottle labels, among them legalization, animal rights, and fair trade. Thanks to the Bronners, the company remains steadfast in its dedication to independence and the dissemination of its message when so many other companies have failed themselves and their users.

Clorox now owns Burt’s Bees, which had also been founded by an enigmatic weirdo. Tom’s of Maine, beloved for their deodorants and toothpaste, sold a majority stake to Colgate-Palmolive in 2006. Emanuel Bronner survived the loss of his family, the death of his wife, and a spell in a mental institution (among other things). In the same way, Dr. Bronner’s Magic Soaps is a survivor—the last man standing of a whole generation of companies that wanted to improve the world they lived in. 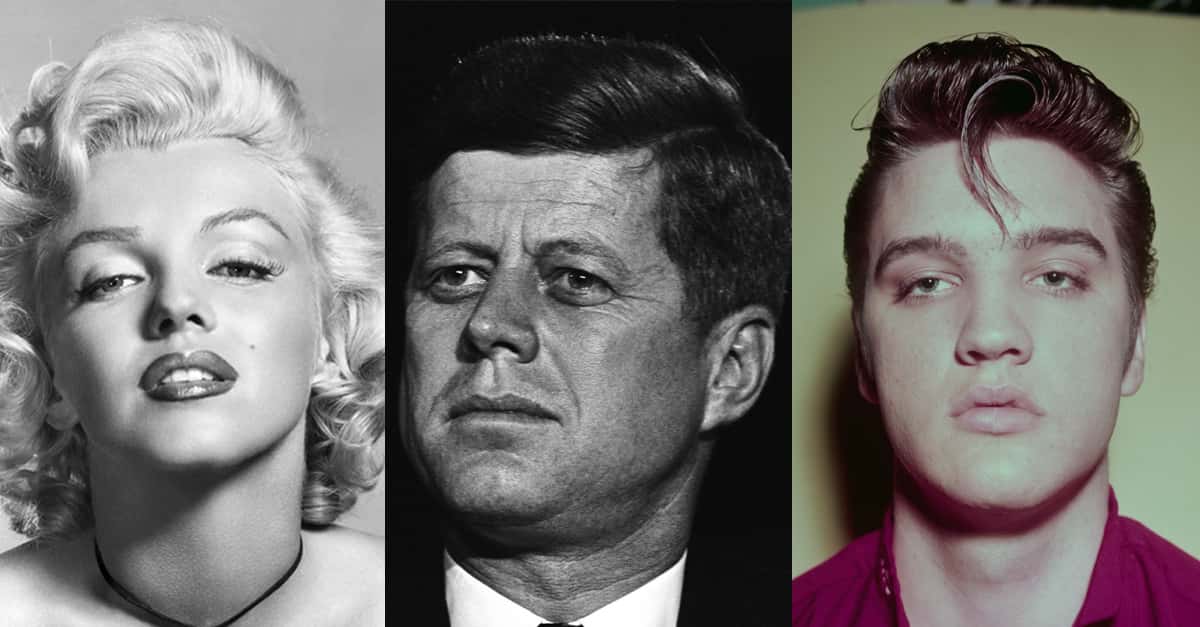 Dr. Feelgood, JFK, And The Magic “Vitamins” That Fuelled Hollywood