Few people lived a life as wild, strange, but also sadly, full of torment as Roky Erickson. While his name might be well-known to fans of psychedelic rock, garage rock, and outsider music, very few outside of that periphery have likely heard of this larger than life figure, despite the great impact he’s had in the world of music.

From his time as frontman for the 13th Floor Elevators in the 60s to the decades he spent struggling with mental illness, to the eventual renewed interest in his music before his death, Erickson’s story is equal parts fascinating and heartbreaking, at different points embodying or rebelling against the zeitgeist of the seven decades he lived through.

Man on the Rise

Roky Erickson was born Roger Kynard Erickson in Dallas, Texas, on July 15, 1947. The story of his early years isn’t that different from many of his contemporaries—he loved music and showed talent at it from a young age. He dropped out of high school after he refused to cut his long hair when the administration demanded it. He had a band called the Spades, and two of their songs would later be adapted into hits for the band that put him on the map: the 13th Floor Elevators.

In late 1965, at the age of just 18, Erickson co-founded the 13th Floor Elevators in Austin, Texas with bandmate Tommy Hall. The pair, who both acted as songwriters for the group, were joined by Stacy Sutherland on guitar, Benny Thurman on bass, and John Ike Walton on drums. They began by recording two singles, one by Erickson, the other by Hall. Erickson’s song would go on to be perhaps the band’s (and his) most iconic song, the dynamic and forceful “You’re Gonna Miss Me.”

Adapted from an earlier song written for the Spades, the song features a blend of Erickson’s powerful and vehement vocals punctuated by psychedelic shrieks, all over charging guitars and drums, a piercing harmonica refrain, and the bizarre vibrating sound of Hall’s electric jug. Although the jug may not have penetrated the music world in the way Hall anticipated, these other hallmarks of “You’re Gonna Miss Me” would go on to influence an incredible number of psychedelic and garage rock acts that came after.

The song would be the 13th Floor Elevators’ only charting single, but the band would maintain a large following in the underground music scene regardless. According to different sources, they were either credited with coining the term psychedelic rock, or were the first band to self-describe as such. Their 1966 debut album was called The Psychedelic Sounds of the 13th Floor Elevators, and the liner notes featured a treatise on the use of psychedelic substances written by Hall, claiming that they were an integral part of a “quest for pure sanity.” The use of psychedelic substances was essential to their songwriting process and to their performances—and ultimately, sadly, to Erickson’s later struggles.

In the latter half of the 60s, the 13th Floor Elevators released two more studio albums, and their record label cobbled together some other recordings and outtakes and put them out on a live album. But in the midst of this period, tragedy struck. While performing at HemisFair, the World’s Fair in San Antonio in 1968, Erickson experienced a break from reality and began speaking gibberish. He was committed to a psychiatric hospital in Houston soon after, diagnosed with paranoid schizophrenia, and given electroconvulsive therapy (ECT) against his will.

Soon after he was released from the hospital, he was arrested at a concert for possession of marijuana. To avoid a potential decade-long sentence in prison, he plead not guilty by reason of insanity and was institutionalized once again, this time at Austin State Hospital. Erickson escaped from the institution several times before being sent to Rusk State Hospital in Rusk, Texas. He spent three years at Rusk, receiving more ECT as well as treatment with Thorazine. While there, Erickson participated in his own personal form of therapy: writing poetry and music, which family and friends helped smuggle to the outside world and publish.

After his 1974 release from Rusk State Hospital, Erickson entered his so-called “alien” period and formed another band, this one called Roky Erickson and the Aliens. Erickson himself referred to the band as “Bleib alien,” blieb meaning “remain” in German. This new band had a different sound, leaning more toward hard rock and featuring themes taken from horror and sci-fi movies.

This period in the late 70s preceded a decline in Erickson’s mental state, ultimately leading to the 80s, a decade where his creative energy was devoted exclusively to an obsession with the mail. During this period, Erickson spent most of his time writing to solicitors and celebrities and hoarding junk mail, even going so far as to take his neighbor’s mail—a crime for which he was arrested before charges were ultimately dropped.

While Erickson was struggling through that period, a new generation of musicians and fans was becoming acquainted with his older work, and in 1990, a tribute album was put together in his honor, titled Where the Pyramid Meets the Eye: A Tribute to Roky Erickson. It featured a variety of popular artists including The Jesus and Mary Chain, Primal Scream, ZZ Top, and R.E.M.

True Love Cast Out All Evil

In the mid-90s, while under the care of his brother Sumner, Roky Erickson began making music again. After years of struggles with legal, financial, and medical problems, Sumner helped Roky achieve a degree of stability, acting as his advocate when it came to both royalty payments and the treatment of his schizophrenia.

Soon, Roky was able to perform some of the simpler tasks that the rest of us may take for granted—he got a driver’s license, bought a car, and voted. At the same time, he began playing shows again, and even more became familiar with his music thanks to the 2005 documentary about him titled You’re Gonna Miss Me.

Erickson began steadily touring, performing and creating music with groups like Mogwai, Okkervil River, and The Black Angels. He even managed to reunite the 13th Floor Elevators at a 2015 music festival in Austin, the place where the band had been formed in the first place 50 years before. By all accounts, Roky Erickson found happiness making and performing music in his final years. On May 19, 2019, he died in Austin.

Erickson could’ve been just another acid casualty of the 60s, but he fought his way back from the edge. Struggling with personal demons, he quietly carved out a niche for himself and continued writing and making music, eventually finding a foothold and some later-day appreciation in the music world. One can also hope that Erickson also found a degree of stability and happiness through the creation of his prolific and influential output of music—and really, an ounce of stability and happiness is all we can ask for when it comes to the artists we admire who battle with mental illness. 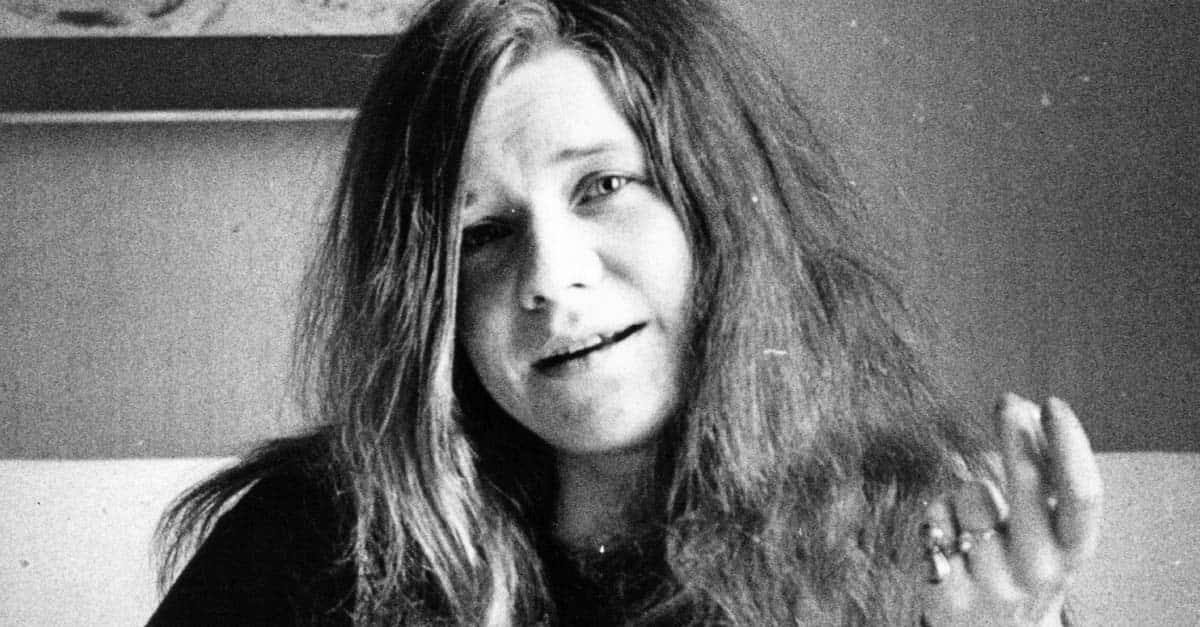 Facts About Janis Joplin, The Goddess Of Rock

Facts About Janis Joplin, The Goddess Of Rock