Circleville, Ohio could stand in for nearly any American town. Settled in the 18th century, its circular layout inspired the town’s name, and today, it claims fame for its annual pumpkin festival—but that’s not why most people outside of Ohio know Circleville’s name. For years, stories about a dramatic 1970s saga have circulated. The mystery of the Circleville letters have the makings of a great thriller, from threatening notes to a vicious murder and a suspected cover-up—and that’s just the beginning.

Most accounts about what happened in Circleville are full of speculation and conspiracy theories, but one thing is for certain: It all began with the letters. In 1976, a local school bus driver named Mary Gillespie received a note, written in clunky block letters. It contained a shocking accusation.

The letter writer alleged that Gillespie was having an affair with the school district superintendant, Gordon Massie, and urged her to stop before he exposed them both. It was signed “the Circleville Writer”—but Gillespie wasn’t the only one receiving disturbing notes. A number of other people in Circleville received letters in the same style, with many containing personal details about their lives.

If news of the letters spread between friends and neighbors, Mary Gillespie wasn’t the one spilling the beans. Although she claimed that she wasn’t having an affair with Massie, she hid the letters from her husband Ron for as long as possible. Two weeks after the original letter, Ron Gillespie received a note of his own.

It read, “You have had 2 weeks and have done nothing. Make her admit the truth and inform the school board.” Before closing, the mysterious letter-writer threatened the Gillespies. If they didn’t comply, he would “broadcast it on CBs, posters, signs and billboards until the truth comes out.” They knew they had to do something, but they weren’t sure what.

The Gillespies showed the letters to Ron’s sister and her husband Paul Freshour. Mary then confessed that she had some ideas about who could have written them. Ron set about writing letters to the suspect(s), saying that he knew their identity. They sent them off, and for a while, it seemed like their plan worked. The letters stopped. Life went back to normal—until one afternoon in August 1977, when the Gillespies’ telephone rang.

This is a Voice from your Past

Ron answered the phone and spoke to the person he believed to be behind the bizarre letters. Soon after the call, Ron stormed out of the house. Many believe he was going to confront the alleged letter writer. Exactly what happened next is unclear—except for one thing: Ron Gillespie never made it home.

He crashed his pickup into a tree and died that night. It seemed like an accident, but as police continued to investigate, it became clear that there was more than meets the eye.

For one thing, Ron Gillespie had been carrying a gun, which he fired between leaving his home and crashing his truck—but police never recovered the bullet. Another mysterious factor Ron’s blood. It was 1.5 times the legal blood alcohol limit, but his family claimed that he hadn’t seemed drunk when he left the house.

Both factors raised suspicion that his death could have been the result of foul play. Regardless, Sheriff Dwight Radcliffe ruled it an accident.

The Sheriff’s ruling only seemed to infuriate the letter writer, whoever they were. They continued to send notes accusing Mary Gillespie of having an affair with Gordon Massie, and accuse Sheriff Radcliffe of covering up Ron Gillespie’s death. Eventually, Massie split with his wife and began a relationship with Gillespie. It certainly raised eyebrows, but Gillespie maintains that they only began seeing each other after his divorce.

Things calmed down in Circleville—at least for awhile. One morning in 1983, Mary Gillespie drove to work when she saw a disturbing sign that threatened her daughter’s life. She was furious. Gillespie pulled over to tear the sign down—and just narrowly missed meeting the same dark fate as her husband.

A Brush With Death

The sign was actually a booby trap, hiding a box with a loaded gun. Whoever set it up had anticipated Gillespie’s reaction, and arranged the mechanism so that the gun would go off she tore the sign down. Thankfully, the trap malfunctioned and Gillespie managed to call the police unharmed.

When police investigated Gillespie’s brush with death, they noticed that the gun’s serial number was still partly visible. They set out to track down its owner: It led right back to one man: Paul Freshour, Mary’s brother-in-law, and one of only two people that Mary and Ron had told about the initial letters. Had he been the letter writer all along?

Freshour admitted that the gun was his, but said that he’d lost track of it years before. His protestations weren’t enough for Sheriff Radcliffe. He brought Freshour in for a handwriting test, and made him reproduce some of the Circleville letters. After Freshour was arrested for attempted murder, a handwriting expert testified that he believed Freshour was the man behind the anonymous letters. Even worse, Freshour had no alibi for the day that Mary Gillespie found the booby trap.

Though Freshour maintained his innocence throughout, he never testified on his own behalf. The trial was quick. The jury convicted Freshour and sentenced him to seven to 25 years in jail.

Freshour was imprisoned in Lima, Ohio. But still, the letters continued, all postmarked from Columbus. Sheriff Radcliffe contacted the prison and asked them to place Freshour in solitary confinement to stop the notes even though Freshour was, by all accounts, a model prisoner. They heeded the Sheriff’s plea, but the letters continued regardless. When Freshour was eligible for parole, the board denied him as a result of the continued letters—even though no one could prove that he was the one writing them.

Freshour even received a letter himself from the Circleville writer while in prison. It read “Now when are you going to believe you aren’t going to get out of there? I told you 2 years ago. When we set ’em up, they stay set up. Don’t you listen at all?” Just when it seemed like Freshour would spend his life behind bars, everything changed.

New witnesses came forward, claiming to have seen a man with sandy hair driving a yellow El Camino near the booby trap that nearly ended Mary Gillespie’s life. At last, in 1994, Freshour was granted parole.

The Mystery of the Circleville Letters Lives On

Months later, Unsolved Mysteries aired an episode about the events that unfolded in Circleville. It could’ve provided a fitting end for the Circleville saga, but bizarrely enough, it once again antagonized the letter writer—whoever he, or she, or they were. They contacted the producers and wrote: “”Forget Circleville Ohio: Do Nothing to Hurt Sheriff Radcliff: If You Come to Ohio You El Sickos Will Pay: The Circleville Writer.”

Investigators now believe that there were multiple letter writers, and pointed the finger at a number of Circleville locals—including Ron’s sister, who separated from Paul Freshour shortly before the attempt on Mary’s life. Sadly, Freshour died in 2012 without ever finding out the writer’s identity.

While accusations have been made, nothing has been substantiated. The case of the Circleville letters remains unsolved, and many close to the case doubt that we’ll ever know the full truth of what happened in that small Ohio town. 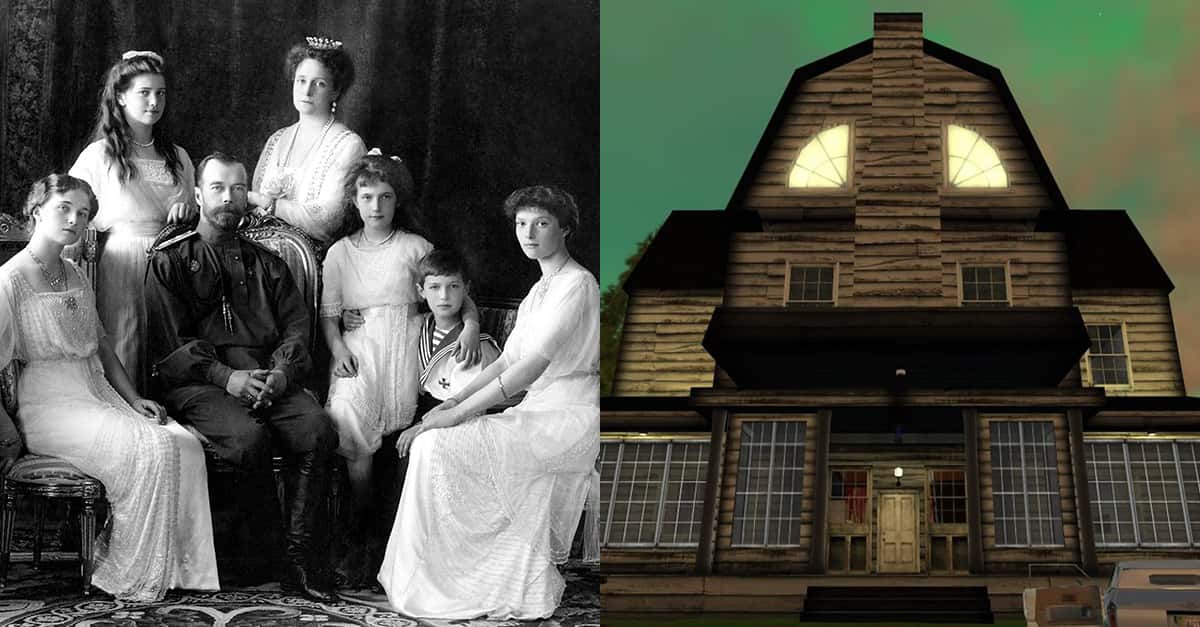