Ever since Serial hit the airwaves in 2014, podcasts have slowly overtaken documentary series and literary non-fiction as the genre for true crime in the 21st century. Thousands of self-styled “crime junkies” and “murderinos” tune in and get their fix from shows like My Favorite Murder, Someone Knows Something and many more. But in such a crowded landscape, it can be hard to figure out which podcasts are just okay and which deserve your devotion. Follow along as I guide you through the best true crime podcasts available today.

The Premise: Every two weeks, Phoebe Judge explores criminality from any possible angle. Instead of recounting the usual grisly cases, Judge broadens her focus and selects nuanced, interesting stories over exploitative, sensationalized fare. Unexpected topics include the museum officer who stole a Native American tribe’s ancestral remains, a secret 1970s network run by pro-choice ministers and rabbis, Harper Lee’s fascinating uncompleted true crime novel, and so much more. Because of its humor, sensitivity, and complexity, Criminal is hands-down my very favorite true crime podcast.

Redhanded is the best traditional true crime podcast out there. Yeah, yeah, My Favorite Murder and Crime Junkie are better known—but Redhanded’s research and rapport blow the competition out of the water.

Each week, Suruthi and Hannah keep things simple by choosing a missing person, murder case, or cult to discuss. While this format is nothing new, a few things set the show apart. First, because Hannah and Suruthi are British, they cover a lot of cases that North American audiences probably haven’t heard of. Second, they cover several cases featuring people of color (the Nepalese Royal Massacre episode blew my mind) and created a special series devoted to the BLM movement. Related, the third thing that distinguishes Redhanded is the hosts’ candor. Politics are on the table at Redhanded and I love that Hannah and Suruthi aren’t afraid to share their views.

Also, Suruthi and Hannah’s banter makes me feel like I’m hanging out with some pals, instead of listening to a podcast while doing dishes alone (just me?). All to say, I love Redhanded and constantly recommend it to anyone who’ll listen to me.

The Premise: Of course Serial is on this list; it’s the grand-daddy of the true crime podcast. In the first season, Sarah Koenig and her producers famously explored the potentially wrongful conviction of Adnan Syed. In the process, they kick-started several tropes that we now associate with true crime podcasts: female victims, unanswered questions, and relatable hosts.

However, in my opinion, the third season is by far the most sophisticated and ambitious. In it, Koenig teams up with Emmanuel Dztosi to explore not a single case, but a year in the life of a Cleveland courthouse. As they get to know the defendants, lawyers, judges, and investigators, Koenig and Dzotsi also encounter the small and large cruelties of the so-called justice system.

Recommended Seasons: If you somehow haven’t heard it yet, season one is worth your time. And if you tuned out of the incredibly dull second season and haven’t gone back yet, give season three a chance. I promise it’s good!

The Premise: This six-episode Canadian podcast explores what might be the darkest corner of true crime: child abuse. Centered on Benjamin Faulkner, the sinister Ontario man who covertly ran the dark web’s most depraved child abuse websites, Hunting Warhead explores topics we’d expect, like the way that officers caught Faulkner, while also sensitively interviewing Faulkner’s family, friends, ex-girlfriend, and the family of one of his victims.

One particularly significant episode discusses the lack of resources and treatments available to people who experience inappropriate urges and genuinely want to stop themselves from doing something they can’t take back. This episode reminds listeners that refusing to talk about something is not a solution and emphasizes the importance of preventative measures.

The Premise: In Swindled, our anonymous host styles himself as “A Concerned Citizen” before diving into the fascinating world of white-collar crime. Think Fyre Festival, the infamous too-hot-McDonalds-coffee-case, and Martin Shkreli’s pharmaceutical price hikes. Instead of focusing on individual people, the host discusses corrupt companies and greedy corporations who will do anything to turn a profit. It’s a refreshing reminder that we desperately need better ways to reckon with and prosecute crimes where the blame can’t be leveled at just one person.

Recommended Episodes: The Contraceptive, The Leak, The Judges, The Lawsuit.

The Premise: Each season of Slow Burn takes a deep dive into America’s most notorious conspiracies: Watergate, the Monica Lewinsky scandal, the mysterious deaths of Tupac and Biggie, and most recently, David Duke’s rise to prominence. Because Slow Burn takes eight hour-long episodes to cover a single—albeit extremely complicated—case, the detail and pace distinguish it from other podcasts. You really get an in-depth look at each case as the hosts explore context, supporting players, and each crime’s aftermath.

Recommended Seasons: Even though I’m a major Watergate nerd, the second season about Bill Clinton had my jaw on the floor. It turns out that the Monica Lewinsky scandal was about way more than a stain on a suit.

The Premise: Connie Walker, a veteran journalist with Cree ancestry, sensitively investigates colonialism’s brutal legacy on hundreds of Indigenous women in Canada. Despite the country’s current era of “Truth and Reconciliation,” Walker’s podcast unveils how the vagaries of the past continue to shape life for Indigenous women today.

In the show’s stunning second season, Finding Cleo, Walker remixes the usual narrative arc of the true crime podcast by uncovering Cleo’s fate halfway through. The following episodes couldn’t be less like filler as Walker uses her air time to investigate connections between the Sixties Scoop, Cleo’s life in the adoption system, and the way the Canadian government systematically tries to destroy Indigenous cultures.

Recommended Seasons: Both are strong, but the show’s second season Finding Cleo is remarkable.

The Premise: If Comedy Bang Bang and Serial had a baby, it would be This Sounds Serious, a scripted faux-documentary spoof of true crime podcasts. The first season concerns a Florida weatherman, his buffoon-ish twin, a ridiculous water-based cult, and boy bands. The second focuses on a missing woman named Melissa, the absurd world of local politics, and a bank robbery gone awry. The brilliance of the show lies in its blend of humor and suspense. Hiding behind all the jokes are two genuinely compelling, tightly-plotted whodunnits. If this podcast team ever writes a novel, I am pre-ordering it ASAP.

Recommended Seasons: Both are great, but the first season has my heart. It’s hilarious, until it closed things out with an amazing twist ending. 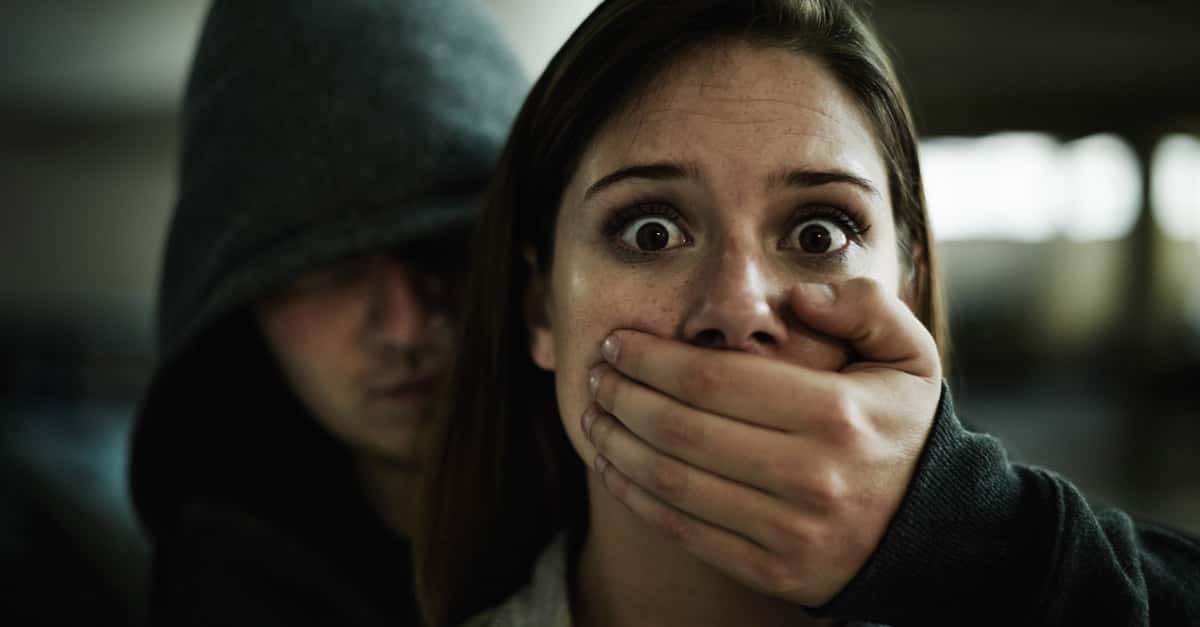