October comes but once a year, and when it arrives, it’s important to get your priorities in order. Some people like to watch the classics, while others dive into more recent horror offerings. Personally, I prefer to rewatch the same handful of Treehouse of Horror episodes from The Simpsons. In my opinion, this repetitive watching makes me an expert—and thereby, the perfect person to cherry-pick the best ones.

But with so many to choose from, where to start? Well, as a wise man (my colleague Jamie) once said: “Anyone who picks any episode from seasons 3 to 8 is correct.” While this is a good general rule, any Treehouse of Horror from one through ten is legitimately good—but they’re not all created equal. In the spirit of hostility and menace, here are the absolute best Treehouse of Horror episodes.

Treehouse of Horror V—The Best (And Scariest) One

Like many things, the Treehouse of Horror series took a little bit to get going. But when it hit its stride, man, was it good. Replete with the types of jokes and pop culture references that The Simpsons audiences have come to love best, Treehouse of Horror V features the best segment of the entire series: “The Shinning,” a parody of, you guessed it, The Shining. For many of a certain age, it was their first introduction to Stephen King and Stanley Kubrick’s parent material.

“The Shinning” does what Treehouse of Horror segments do best. It takes a pre-existing cultural property that viewers understand the parameters of, and plays with it. It’s definitely the best movie parody The Simpsons ever did…and potentially straight-up the best movie parody anyone has ever done. And it’s only the first segment!

Treehouse of Horror V doesn’t miss—there’s arguably always a weak link, but not in this episode. The middle segment, “Time and Punishment,” plays with the butterfly effect/time travel trope, but takes it to absolutely hilarious places. There’s the toaster getting stuck on Homer’s hand, the futuristic world that’s actually run by Ned Flanders—not to mention the final timeline that Homer settles on.

Then we close with “Nightmare Cafeteria.” We all knew that Springfield Elementary was woefully underfunded and poorly supervised, but watching the staff pick off students to cook one by one was legitimately terrifying. Having the adults turn on the kids is an underused but sinister and effective horror trope…and Treehouse of Horror V deploys it perfectly.

Best line: “No beer and no TV make Homer…something something” “Go crazy?” “Don’t mind if I do!”

Treehouse of Horror I—The First One

The first segment of the first installment of the series takes the characters we know and love and plops them into an archetypical horror situation: The haunted house. We then get to see how each Simpsons family member reacts to it in their own characteristic way. There’s Homer’s convenient ignorance and Bart’s mischievousness going up against Marge as the voice of reason.

The episode also features the introduction of Kang and Kodos in a Twilight Zone parody. Both the characters and the source material went on to become fixtures of the Treehouse of Horror series. It finishes up with a word-for-word reading of Edgar Allan Poe’s “The Raven,” narrated by James Earl Jones. This segment doesn’t stray from or embellish the original story at all. Instead, it allows the visuals and line readings by the Simpson family to add their own unique twist.

The first couple of seasons of The Simpsons could be shaky or uneven—but the first Treehouse of Horror is basically pitch-perfect.

Treehouse of Horror VI—The Inventive One

This installment showed us the expanded possibilities that the Treehouse of Horror series could offer. It’s best remembered for the computer-animated “Homer3” segment. That same segment featured the first-ever live-action sequence in Simpsons history at the end of the episode. It was surreal and beautiful and weird and memorable—and it had Poltergeist references. Unfortunately, it was paired with a very forgettable opening segment in which giant advertising statues come to life.

What keeps it on this list of the best? After the success of “The Shinning,” the writers chose to try out another straightforward horror parody. This time, they take on Nightmare on Elm Street. Groundskeeper Willie, the star of the show in Treehouse of Horror V, this time appears in the Freddy Krueger role. It doesn’t hit the same highs as its predecessor, but in terms of jokes, we’re still treated to both quantity and quality.

Treehouse of Horror VII—The One That Shouldn’t Work

This is the most recent Treehouse of Horror on the list—which isn’t to say that VIII and IX don’t work. It’s just the one that still manages to hold it together from start to finish. For the first time in the series, this episode didn’t explicitly reference a pre-existing movie, TV show, or work of literature in the first two segments (“The Thing and I” and “The Genesis Tub”). Without this base, the writers were able to explore new ideas—and thankfully, they landed.

Both Bart’s evil twin and Lisa’s miniature civilization are solidly entertaining segments. The best, however, might be “Citizen Kang.” There are many ways for a show to date itself, and directly referencing the 1996 presidential election should have been one. Somehow, The Simpsons managed to shoehorn a deft political satire into a sci-fi horror seamlessly.

Treehouse of Horror III—The Uneven Yet Unforgettable One

The episode starts strong with a segment about a killer Krusty doll who lives to persecute Homer. It’s not mind-blowing, but it does result in the painfully funny interaction between Homer and the keeper of a shop of cursed objects. Sadly, the middle “King Homer” segment doesn’t really live up to its premise.

Luckily, the last segment takes the haunted house approach from Treehouse of Horror I. It simultaneously parodies a number of zombie movies and tropes. Perhaps it’s just the subject, but I remember the Simpson family fleeing from their undead neighbors as being legitimately scary.

Homer sells his soul for a donut—a simple premise that takes us to 100 different and surprising places. We’ve got Flanders as the devil. Questions of freedom, religion, and philosophy. Who or what can exactly be defined as evil (that would be “the starting line of the 1976 Philadelphia Flyers”). And that’s not to mention the conclusion of Homer being cursed to live with a donut as his head. It’s basically unbeatable.

Some of the best Treehouse of Horror segments are based on The Twilight Zone. “Terror at 5½ Feet,” where Bart spots a tiny demon hitching a ride on his school bus, is quite likely the best. Like the best horror, Bart’s paranoia and isolation provide just as much, if not more, to the story than the monster itself.

The final segment, a take on Dracula, is almost the platonic ideal of a Treehouse of Horror segment. It tells the classic tale, with a nod to the 1992 release of Bram Stoker’s Dracula (Tell me the Burns vampire isn’t a direct reference to Gary Oldman’s Count Dracula). One of the most satisfying parts of Treehouse of Horror episodes is that the segments can end where the writers please—no need to put things back to normal. When this occurs, the stilted and strange conclusions can be just as good as the segment itself. For example, this one, which is wrapped up when Lisa discovers her whole family are vampires…and then they parody the end of A Charlie Brown Christmas, because why not?

Best line: A tie between “Kill my boss?! Do I dare live the American dream?” and “Hello, Simpson. I’m riding the bus today because Mother hid my car keys to punish me for talking to a woman on the phone. She was right to do it.”

Honorable Mention: The Springfield Files—The Treehouse of Horror That Wasn’t

If you weren’t enjoying the one-two punch of Fox’s animation block (The Simpsons and King of the Hill) and The X-Files on Sunday nights in the late 90s, you were a chump. Or, your parents said you were too young to watch The X-Files. Luckily, there was the superlative crossover Simpsons episode: “The Springfield Files.” It rarely makes “Best Of” lists, but in my controversial opinion, it’s one of the greatest Simpsons episodes ever.

Best line: “I saw this in a movie about a bus that had to speed around the city, keeping its speed over fifty, and if its speed dropped, the bus would explode! I think it was called ‘The Bus That Couldn’t Slow Down.’” 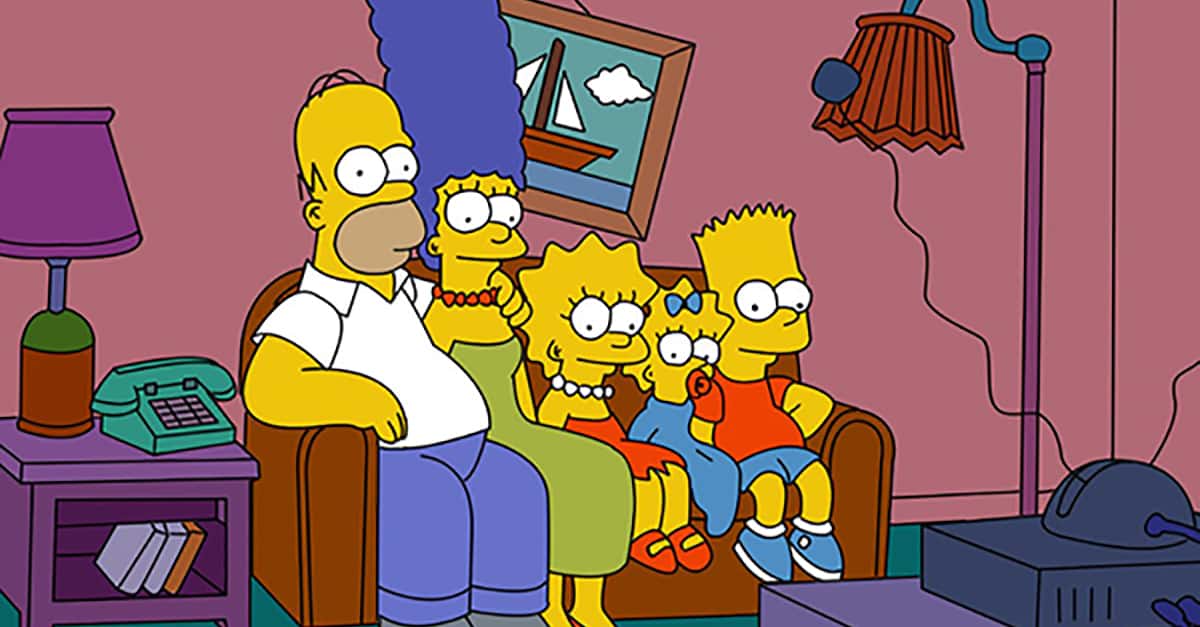 So It’s Come To This: The Eight Best Episodes Of The Simpsons