Are whales mammals? Well, I think it’s safe to say that Moby-Dick is the most famous book ever written about whales. But while the book features an exhaustive chapter describing all the whales known to science at the time, Herman Melville got probably the most important fact about whales wrong. He states that a whale is a “spouting fish with a horizontal tail.” But of course, that’s not true. They’re not fish. They’re mammals—and their journey from land to sea is a remarkable story.

Ain’t Nothing But Mammals

I guess Melville can be forgiven for believing that whales were fish. When you think of mammals, you think of monkeys, or lions, or cows, or dogs, or people for crying out loud! You think of hairy, four-legged things that live firmly on the ground. Massive, sleek, and thoroughly aquatic things like whales and dolphins don’t seem all that mammal-like.

Yet, despite their watery habitat, whales are air-breathing, warm-blooded, milk-making mammals, just like you and me. So how did they end up out there under the waves? Well, to mix metaphors, it’s just as Sherlock Darwin said: “Evolution, my dear Watson.”

Evolution takes a really, really long time to see a species adapt in a serious way—but it might not be as long as you think. Whales didn’t start taking to the water until at least 15 million years after the dinosaurs died out; about 50 million years ago, give or take.

So what did those early whales look like? Well, oddly enough, they probably looked like a cross between a deer and a wolf. They had long, spindly legs, and were likely terrible swimmers, much better at running and jumping. Basically, not whale-like at all. They had almost none of the aquatic adaptations that their modern descendants do—but still, there are indications that these furry animals had started to take to the water.

The earliest whale descendants we’ve discovered, while four-legged and gangly, had denser bones than most land mammals. This made them less buoyant and allowed them to stay underwater longer. Hippos (the closest living relative of whales) feature this adaptation as well.

Some small, extant deer (also related to whales) have dense bones. They use them to dive underwater and hide from predators for minutes at a time. So, strangely enough, whales might have begun their evolutionary journey to the water…because they were scaredy-cats, looking for a place to hide.

Regardless of why whale ancestors started getting their feet wet, they obviously took a liking to it. After a few million years, the evolutionary line started looking a lot more aquatic. Creatures like Ambulocetus, or “walking whales,” evolved, and they looked similar to crocodiles. They still had four legs, but these were long and wide, far better suited to swimming. In fact, they probably couldn’t even support their weight on land, likely fumbling around like seals.

But while ambulocetus was pretty well adapted to the water, it didn’t really look much like a whale yet. It likely still had some vestiges of hair, it still had four legs, and its nostrils were still at the tip of its snout. It probably had more in common with an otter than a whale. But they had almost entirely abandoned the land, and evolution was about to kick into overdrive.

Around 45 million years ago, Ambulocetus was followed by protocetus, an animal that started to appear much more whale-like. Its nostrils had started venturing up its snout, on the way to becoming a modern blowhole. Its eyes were on the sides of its head, not the top, better positioned to catch underwater prey. But it was still tied to the land. All modern whales give birth tail-first—otherwise, the baby could drown before it gets the chance to go up for a breath of air. Protocetus, however, gave birth head-first, meaning it still returned to solid ground to have babies. Not quite there yet.

Next, basilosaurus entered the picture, around 42 million years ago. This massive creature, reaching up to 60 feet long, had come a long way from its spindly-legged ancestor. It was one of the first whales that we would actually recognize as such. Its hind legs had been reduced to tiny stubs, and its massive size, sleek body, and fearsome teeth were all reminiscent of whales we see today.

Yet, for all that basilosaurus looked like a modern whale, it was still remarkably primitive. Aside from its still present hind legs, it lacked either of the important adaptations that define all whales that live today. Despite its huge size, it didn’t possess baleen, the filter-feeding system that all of the largest extant whales use to reach massive sizes. It also couldn’t use echolocation, which every extant toothed whale uses to hunt prey.

Then There Were Two

Whales had become completely dependent on an aquatic lifestyle within a few million years of taking to the water, but they were far from done adapting. Many ancient whale lineages, including that of basilosaurus, eventually went extinct, and the one that remained split into two groups around 34 million years ago.

What we were left with are the baleen whales and the toothed whales that live today. They’re all perfectly adapted to life in the sea, and bear no-resemblance of their land-bound ancestors. There are still some hints at their origins, though. The bowhead whale still possesses the bones for two hindlimbs. They float bizarrely inside its body, completely useless, but they’re there, a hint at where they came from.

Take to the Water

The evolution of whales is a story of adaptation and natural selection, but it’s hardly unique. Since the tetrapods (mammals, reptiles, birds, and amphibians) first left the oceans, many, many different groups of them have returned to take advantage of the food that lies there.

Reptiles like Ichthyosaurs, pliosaurs, and mosasaurs underwent almost the exact same adaptations as whales, millions of years earlier. Not to mention modern animals like sea turtles, seals, penguins, or manatees. It’s called “secondary aquatic adaptation,” and it has happened many times throughout the history of life. Whales, no matter how remarkable they are, are just one example. 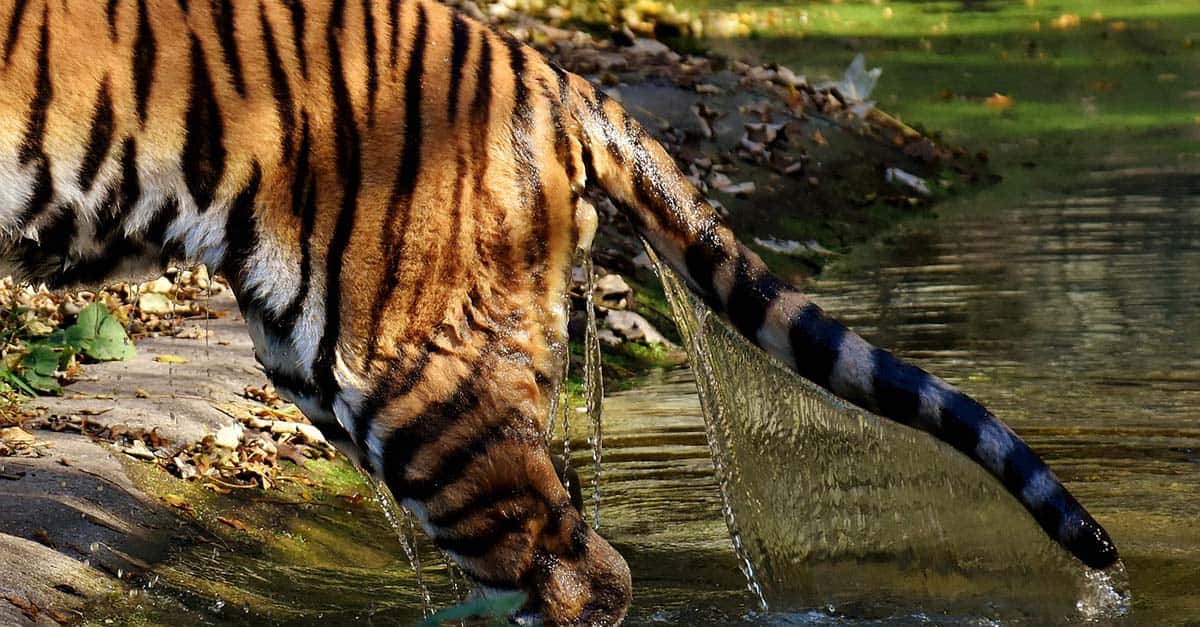