Alexander the Great was undeniably the greatest military commander in history. He took over his father’s throne at just 20 years old and immediately began a campaign the likes of which the world has never seen. He fought battle after battle, forging the largest empire on earth—all without losing even once. As he rampaged across Western and Central Asia, he founded countless cities that stand to this day. Millennia after his death, military geniuses like Napoleon painstakingly studied his battles to learn from his success. He unquestionably earned his moniker—Alexander was Great.

With such a spotless military record, Alexander’s conquests seem almost like they were…easy. With his elite troops and unmatched tactical genius, he started from the unassuming Macedon in Northern Greece and wrought the largest empire the world had ever seen, spanning from Greece in the West all the way to India in the East. But while his remarkable conquests in Persia and his far-reaching campaign to India take center stage in the history books, there’s an often-forgotten chapter of Alexander’s legacy that was anything but easy.

Alexander’s campaign in Afghanistan has become a mere footnote in his legacy—perhaps because it was the region where the great warlord saw the least success. Like many other military superpowers would after him, from the British Empire to Russia to NATO, Alexander waltzed into Afghanistan with all the confidence in the world, but he left battered and bruised, with very little to show for it. The region chewed him up and spit him out, and while he never explicitly “lost” any battles in his time there, it’s hard to so he won much of anything either. In fact, historians have claimed that the brutal Afghan campaign marked a shift in Alexander—from infallible Golden Boy to a cruel, paranoid shell of what he once was.

So why did Alexander enter Afghanistan in the first place? Since this is history, there’s no simple answer to that question, but to boil it down, Alexander brought his army to the land that was then known as Bactria on the hunt for a man named Bessus, who was the only man standing between Alexander and the throne of the Persian Empire.

By all accounts, that throne ought to have been Alexander’s. After his remarkable victory at the Battle of Gaugamela, he and his rag-tag band of Macedonians had essentially overthrown Darius III, the Persian Empire’s King of Kings. More than anything else, Alexander wanted that title for himself, but there was one hitch in his plan—Bessus. Before Alexander could capture Darius alive, the usurper Bessus had Darius killed and named himself King of Kings. He started calling himself Artaxerxes V and immediately retreated to mountains of Bactria.

Now, Alexander could have simply ignored Bessus, taken whatever title he wanted, and moved on with his conquering ways—but that was not how Alexander thought. He saw himself as the rightful ruler of the Persian Empire, and Bessus as a usurper. He was going to bring the man to justice—and he was going to take his men into hell to do it.

Chasing Bessus into Bactria, Alexander faced an immediate obstacle: the Hindu Kush mountains. These formidable peaks straddle modern-day Afghanistan and Pakistan, and leading an army across them was a herculean feat in the fourth century BCE. Many Macedonians died in the frozen peaks, but when they finally reached the other side, they found no respite. Instead, they stumbled straight into the deserts of Northern Afghanistan. The Macedonian army’s trek was recorded later by the Roman historian Quintus Curtius Rufus, and he did not paint a pretty picture:

“The lack of water, mentioned above, is such that desperation produces a parching thirst even before a natural craving to drink appears. For 75 kilometers no trace of water is to be found…The heat of the summer sun scorches the sands and, when these start to heat up, everything on them is baked as if by perpetual fire. Travel by night seemed bearable because dew and the early morning freshness would bring relief to their bodies; but with the dawn comes the heat, draining with its aridity all natural moisture and deeply burning the mouth and the stomach. So it was their resolution that failed first, and then their bodies. They were unwilling to stop and unwilling to go on.”

Despite these nightmarish conditions, Alexander and his men made it across the Hindu Kush and through the desert—but their obstacles did not end there. Afghanistan’s geography also offered military challenges which Alexander had never before faced.

To this point, Alexander had won battles through his ingenious use of his army—but Afghanistan presented few open battles where he could show off his brilliant tactical mind. Rather, the conflict here was slow and brutal—guerrilla warfare and sieges that left Alexander and his men exhausted and disillusioned. The frozen mountains and blazing deserts of the region were a far cry from the battlefields they were used to, and “glorious battle” seemed to be a thing of the past.

Alexander spent two agonizing years in Afghanistan, a major chunk of his historic campaign across western and central Asia. Granted, he didn’t leave the brutal landscape empty-handed: His primary goal in Bactria was to capture the traitorous Bessus, and he accomplished that. The rival claimant to the throne of the Persian Empire was dealt with, and Alexander could rightfully call himself the King of Kings. But the price he paid for that luxury was extreme.

Alexander’s most successful enemy in Afghanistan was the land itself. He lost far more men to the frigid peaks of the Hindu Kush or the scorching Northern Afghan desert than to any military resistance he faced. And when he did try to engage enemy forces, he found himself playing a frustrating game of whack-a-mole.

The classical historian Plutarch described the Afghan tribesmen’s guerrilla tactics as a Hydra out of Greek myth—whenever Alexander cut off one head, three more would grow in its place. The mountains and caves of Afghanistan ensured that the fighting was never truly done, and a new enemy was always lurking around the corner. When it actually came to fighting, Alexander’s armies still managed to win each battle they faced, but the seemingly unending nature of the conflict weighted heavy on their morale.

Fighting in Afghanistan was a Sisyphean task, and Alexander’s grip on the region started slipping the moment that he left. While it was considered a part of the enormous Empire that he left after his death, control of the territory was tenuous at best. Revolts began almost the moment that Alexander dropped dead, and they seemingly never truly stopped. Rebellion was simply a reality for any foreign state that attempted to claim sovereignty over the unforgiving landscape.

While his time there was harrowing, Alexander still managed to leave his mark on Afghanistan. He founded many cities as he chased Bessus across the region, some of which still exist today. The most notable is the city of Kandahar, which he named Alexandria Arachosia (in fact, it’s believed that the name Kandahar itself is derived from the Persian name for Alexander, Iskandar). He also found his famous bride, the beautiful Roxana, whom he loved above all others, in the region. But while Alexander left his mark on Afghanistan, Afghanistan also left its mark on him.

Afghanistan has always been an unforgiving land. It is a region of extremes, with fertile plains, scorching deserts, and frigid mountains. Alexander was not the first to invade this extreme landscape, and he would certainly not be the last—but like the British, the Soviets, and most recently, the Americans and NATO, the rugged terrain and the rugged people it breeds would prove no easy obstacle. Alexander accomplished what he set out to do in Afghanistan, but the price was extremely high. It started his shift from a legendary military prodigy into a cruel, paranoid warlord who would drink himself to death.

I’ve heard tell that history repeats itself, and the repeated invasions of Afghanistan are nothing if not proof of that. The entire time he was present in the region, Alexander faced geographical hardship and resistance from hostile locals who had little interest in his grand dreams of conquest. Rudyard Kipling’s poem “The Young British Soldier,” was written more than 2,000 years later, when the British Empire tried to accomplish was Alexander could not, but his words would have undoubtedly rung true with Alexander’s Macedonian soldiers as well:

“When you’re wounded and left on Afghanistan’s plains,

And the women come out to cut up what remains,

Jest roll to your rifle and blow out your brains 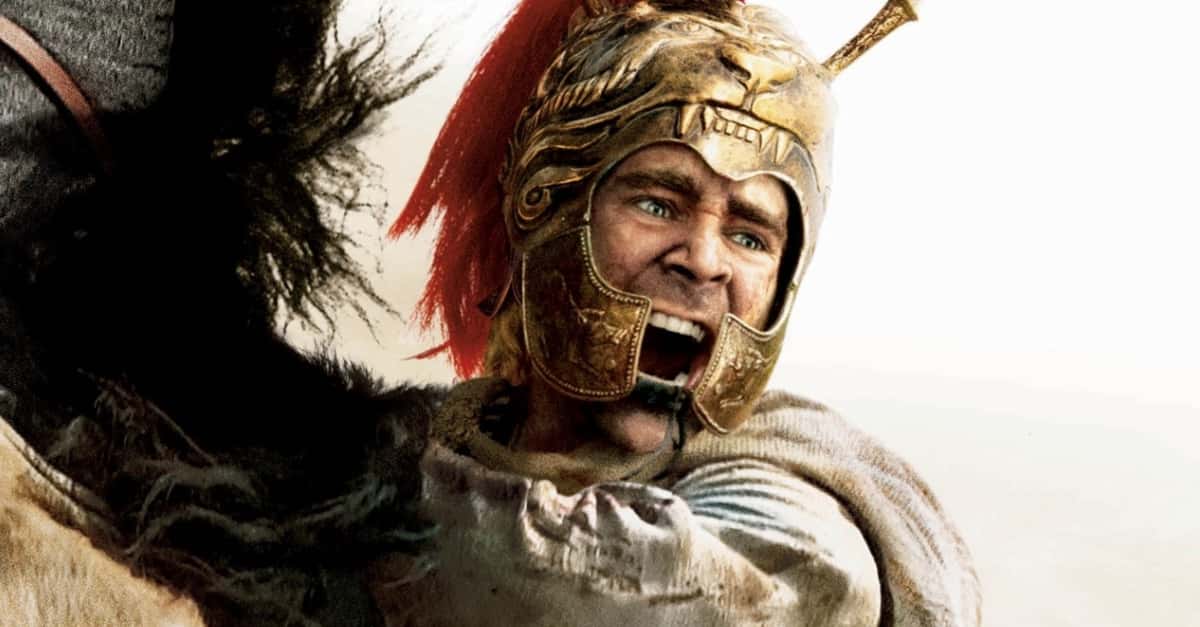 Conquering Facts About Alexander The Great