“I have no fear of losing my life – if I have to save a koala or a crocodile or a kangaroo or a snake, mate, I will save it.” – Steve Irwin

The animal kingdom is a weird and wacky place. Here are some animal facts you might not have known!

Although it is rarely seen, the bobcat is the most common wildcat in North America.

47. Can It Also Breathe Through Its Ears?

A chameleon’s tongue can be as long as its body. As chameleons get ready to strike, they contract the muscles in their tongue, much like a person pulling back the string of a bow. They then shoot their tongue like a cannon to snare their prey.

The tongue of Rhampholeon spinosus, an endangered chameleon from Tanzania, can produce a peak acceleration that’s 264 times greater than the acceleration due to gravity. If it were a car, its tongue could accelerate from 0 to 60 miles (97 kilometers) per hour in 1/100th of a second.

A blue whale’s tongue weighs as much as an adult elephant. Blue whales are the largest animals ever to have lived on earth, and they feed almost entirely on some of the smallest marine life – tiny shrimp-like animals called krill.

A great white shark can detect a drop of blood in just twenty-five gallons of water and can sense tiny amounts of blood up to three miles away.

Houseflies hum in the key of F.

43. A Little Long in the Tooth

A beaver’s teeth never stop growing. That’s why it constantly chews on tree trunks and branches: to prevent them from getting too long.

Oysters can change gender multiple times throughout their lifespan. That’s right, they’ve been gender-fluid for millennia.

Clownfish are all born male and will change sex to become a dominant female.

A flea can jump a distance up to 100 times their body length.

The water boatman can make a noise that reaches 105 decibels (roughly the same as a lawn mower) by rubbing its penis against its belly. This makes the water boatman the loudest animal relative to its body size.

The loudest land animal on land (not relative to anything) is the howler monkey who can be heard up to three miles away. They howl mostly to warn other monkeys that this is their territory and to let others within their own group know where they are.

Although loud, howler monkeys are harmless and their way of dealing with humans they don’t want near them is to innocently pee on them.

The loudest mammals, period, are blue whales that can produce low-frequency pulses heard from more than 500 miles away.

The loudest known living creature (not a mammal) is the snapping shrimp, which has specialized claws that can shoot jets of superheated water up to 62 miles per hour and explode at 200 decibels to stun or even kill its prey.

A cheetah can go from zero to 60 miles per hour in three seconds, which is exactly the same as a Corvette. Except when you ride a cheetah, you don’t look like a douchebag.

33. All He Can Think of is an Omelette

Male emperor penguins will stand in the Antarctic cold, taking care of an egg without eating for up to two months while the female goes to feed.

When the female returns, she’ll have a belly full of food that she regurgitates for their newly hatched chick and then it’ll be the male’s turn to go and eat.

Seahorses are monogamous and mate for life, presumably because seahorses haven’t yet discovered Tinder.

Also, seahorses are the only animal on earth where the male is the one who gets pregnant. We’d like to think that it was because seahorse men were so irresponsible that nature came up with a way to ensure they take care of their kids.

A polar bear has black skin underneath all that white fur. The white fur is to blend into the snow and ice. The black skin is to soak in the sun’s warming rays.

Hippos secrete a red oily substance from their skin that acts as sunblock, moisturizer, and protection against germs.

The Portuguese Man-O-War is actually not a single organism, but a collective of four organisms that work together to float, sting, eat, digest, and reproduce.

The 2-inch golden poison dart frog contains enough venom to kill 10 adult men. The frog eats flies, crickets, ants, and termites, so why so much poison?! Why? Nature is weird.

The electric eel can deliver up to 600 volts of electricity, which is five times the power of a standard American wall socket, so it’s just common sense not to stick your tongue in either.

Grizzly bears can run at speeds up to 30 miles per hour. To compare, Usain Bolt was clocked at 27.8 mph during the 100 meter sprint. Long story short, if a bear wants you dead, you’re dead.

Galapagos tortoises can live a long time, with average lifespans over a century. The oldest known tortoise was 152 years old. His name was Lonesome George. They tried to get him to breed. He refused. He wasn’t just over the hill. He was over the hump.

22. Snakes ARE the Plane

The flying snake can glide in the air for distances up to 330 feet and can even make turns. Yeah. Because snakes weren’t bad enough. Now they can fly? Screw you nature. Screw you.

Scorpions are incredibly resilient, able to live on a single insect per year. Scientists have even frozen scorpions overnight, and once thawed, they walked away like nothing happened.

An adult panda spends 12 hours a day eating and consumes 28 pounds of bamboo on a daily basis. Unsurprisingly, a panda also poops over forty times a day. Somewhere, right now, a panda is pooping.

Vampire bats feed entirely on blood and a colony of 100 bats will drink 25 cows worth of blood per year.

17. A Sloth Gathers All the Moss

A three-toed sloth will sleep for up to 20 hours a day and is so sedentary that algae grows on its back.

Goats and sheep have rectangular pupils that allow them to see 360 degrees around themselves. The better to see the Scotsman coming.

Flying fish can reach speeds up to 37 mph and, once they’ve breached the water, can glide 655 feet, which is more than twice the length of a football field.

When tarantulas molt, they can also replace internal organs including stomach lining, female genitalia, and even grow new limbs. Just when you thought spiders couldn’t get scarier.

After mating, a male tarantula will run away from the female because if he sticks around, she’ll eat him. God forbid if he doesn’t at least drop a text later.

As a defense mechanism, sea cucumbers will eject their internal organs via their anus.

At 18 feet long, the king cobra is the largest venomous snake in the world and can raise itself up to 6 feet off the ground, enough to tower over most humans.

During breeding season, dominant male elephant seals can collect a harem of up to fifty females.

The coelacanth is a prehistoric fish that was thought to have gone extinct 65 million years ago but was rediscovered in 1938. It is believed that they represent an early step in the evolution of fish to four-legged animals.

A coelacanth’s brain occupies only 1.5% of its cranial cavity. The rest is filled with fat.

A snowy owl will eat up to 1,600 lemmings a year. That’s three to five every day. Between “eaten by owl” and “jumping off a cliff” lemmings don’t seem to have a lot of great life options.

When anacondas mate, competing males can gather around a female in a writhing mass called a breeding ball. The ball can last up to four weeks and during that time the female can breed with several of the males.

When a queen bee dies, the workers will create a new queen by feeding her royal jelly.

Queen bees can regulate the activity of a hive by releasing chemicals into the air to modify the behavior of the other bees. Chemicals. Hit songs. Potato, potahto.

The biggest giant squid on record was 59 feet long, weighed nearly a ton, and had eyes the size of beach balls.

Sailfish are the fastest fish in the ocean and can leap out of the ocean at speeds up to 68 miles per hour.

The narwhal has two teeth, one of which can grow into a nearly nine-foot tusk in males, earning them the name the “unicorn of the sea.” Of course, had we seen them first, we would have named them tunacorns. 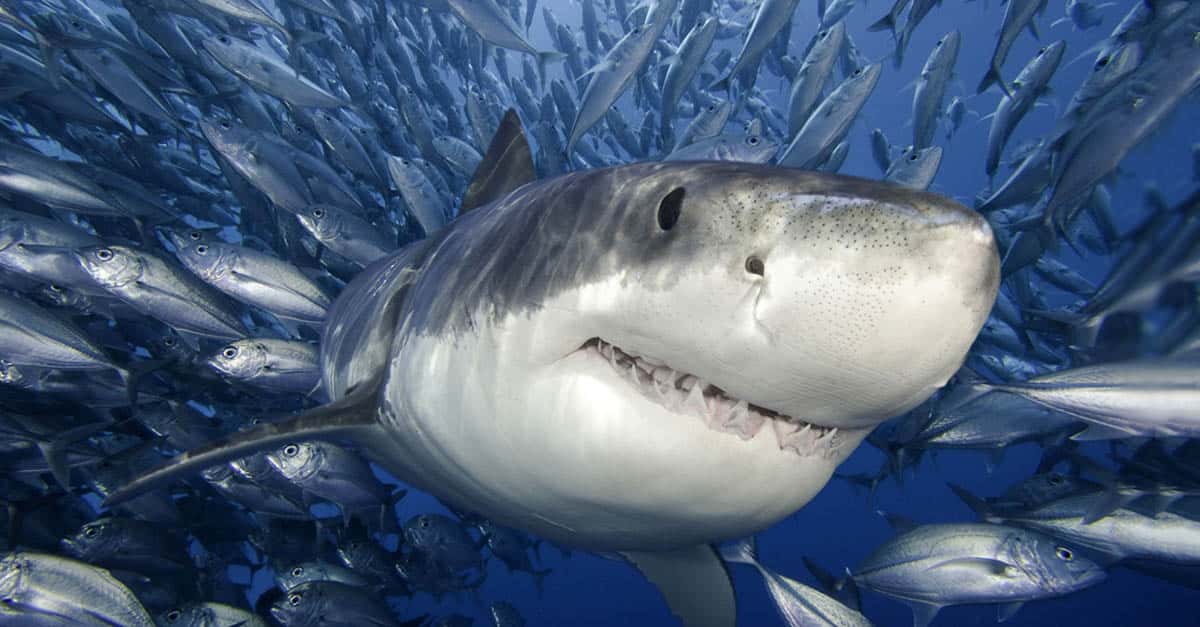