This compelling TV series, which ran from 2004 to 2012, celebrated the antics of an antisocial maverick doctor—played by Hugh Laurie—who specializes in diagnostic medicine of a very unique category. This is a physician who will stop at nothing in pursuit of uncovering the root of complicated cases.

Here’s a collection of fascinating facts about the show that explain its wild popularity.

Hugh Laurie (Plays Dr. House) is also a writer (he’s written a novel called The Gun Seller) and a musician (he plays the piano, saxophone, slide and acoustic guitar and harmonica). When he can, he boots around on a motorcycle.

House’s character is very much based on Arthur Conan Doyle’s protagonist Sherlock Holmes. House’s apartment number is 221B, a tribute to Sherlock Holmes famous London address, 221B Baker Street.

In turn, Holmes is based on Dr. Joseph Bell, a colleague of Doyle’s (Sherlock Holmes’s original Author) who was known for using close observation in making a diagnosis. To illustrate this, he would often pick a stranger and deduce his occupation and recent activities just by observing them. These skills caused him to be considered a pioneer in forensic science at a time when science was not yet widely used in criminal investigations.

Hugh Laurie’s salary grew over the course of the show’s eight seasons. It started at $50,000 per episode in the first season. By the series finale, he was making more than $700,000 an episode.

Olivia Wilde, who played Dr. Remy (Thirteen) Hadley on the show, is a vegan.

A running joke on the series was that Cameron would suggest that the patient was suffering from the autoimmune disease and House would reply, “It’s never lupus.” That tradition continued until a season four episode featured a patient who was correctly diagnosed with lupus

Hugh Laurie’s own father was a doctor. Laurie has said that he suffers a twinge of guilt at “being paid more to become a fake version of my own father.”

The name House pays tribute to the medical acronym HOUSE (History Of USE). This terminology is used to denote when a patient has a history of drug use or addiction.

The show’s production company, Bad Hat Harry Productions, is a reference to the quote from Jaws, when police chief Brody (Roy Scheider) tells an elderly swimmer named Harry that he has an ugly swimming cap: “That’s some bad hat, Harry.”

22. Thinking better of it

The show’s tagline, “Humanity Is overrated,” was originally used when the show aired in Finland. But when a gunman who shot eight people to death in a Finnish school in 2007 used the same phrase, the tagline was removed from House’s website.

In 2008, House was distributed in 66 countries to a worldwide audience of over 81.8 million. It was the most watched television show in the world, far outdoing the viewership figures of the leading TV dramas the previous two years, CSI and CSI: Miami.

In the beginning of the “Sports Medicine” episode, exec producer Bryan Singer plays the director who’s doing the anti-drug commerical.

In the episode called “Fidelity,” House is watching TV and the credits roll onto the screen. The hair stylist is listed as “Marcy Kaplan.” Marcy G. Kaplan is one of the producers of the show.

The actor Robert Sean Leonard, who played Dr. Wilson, demonstrated a taste for irony in his role selection. Leonard played a student who commits suicide rather than becoming a doctor in the film Dead Poets Society.

Jennifer Morrison and Jesse Spencer dated for the first few seasons. At the end of 2006, around the same time their characters reunited on the show, the actors got engaged. When they called off their engagement five months later, it was only a matter of time before their fictional relationship dissolved as well.

In the “Control” episode, the character who can’t talk is named Mr. van der Meer. Not incoincidentally, Garet van der Meer is also a producer of the show.

When Hugh Laurie first read the script for the pilot, he mistakenly assumed that James Wilson was the lead character. He couldn’t imagine, he later said, that someone like House could be the star of a show.

Dr. House is a master of languages. Over the course of the series, he is heard speaking English, Russian, Portuguese, Spanish, Mandarin and Hindi.

Though each of the show’s characters has a legitimate specialty, the Department of Diagnostic Medicine is actually a fictional department invented for the series.

Hugh Laurie auditioned for the role of Gregory House by sending in a tape that he shot in a hotel bathroom in Namibia. He was there making Flight of the Phoenix and the bathroom, he says, was “the only place with enough light.”

Hugh Laurie is the only cast member to have appeared in every episode of the series.

9. Where it got started

Executive producer Paul Attanasio came up with the idea for the show after reading a newspaper series about unusual medical cases in the New York Times Magazine. While he pitched it as a medical procedural, creator David Shore revised the idea to be more of a character drama that used medicine as a vehicle for character development.

Actor Patrick Dempsey was actually in the running for the role of Greg House before he accepted a role in another medical drama. Dempsey plays Dr. Derek “McDreamy” Shepherd, on Grey’s Anatomy.

Michael Weston was hired to portray the character Lucas Douglas with the idea that Douglas would ultimately have a spin-off series built around him. In the end, however, the producers changed their minds.

The hospital in which Dr. House and his team work is based on a real hospital in Princeton, NJ, namely: Princeton Hospital, at the University Medical Center at Princeton.

The writers regularly drew on the knowledge of the actual doctors the production company employed to ensure medical accuracy.

Dr. House’s most famous line—“Everybody Lies”—was in fact used by another doctor about a year-and-a-half before the pilot episode, in another medical show: Scrubs. Dr. Bob Kelso said, “Everybody lies, Dr. Turk” in a season 2 episode.

In its earliest incarnation, the producers had House using a wheelchair. Fox rejected this.

Olivia Wilde’s character got the Thirteen nickname in season 4, when House was looking to hire a new team from a possible 30 candidates.  In typical House fashion, he decided to have the candidates compete. Can you guess which number she was?

1. Serving a higher cause

Actor Kal Penn, who played Dr. Lawrence Cutler, was killed off the show because he left to work for the Obama administration in the White House Office of Public Engagement. 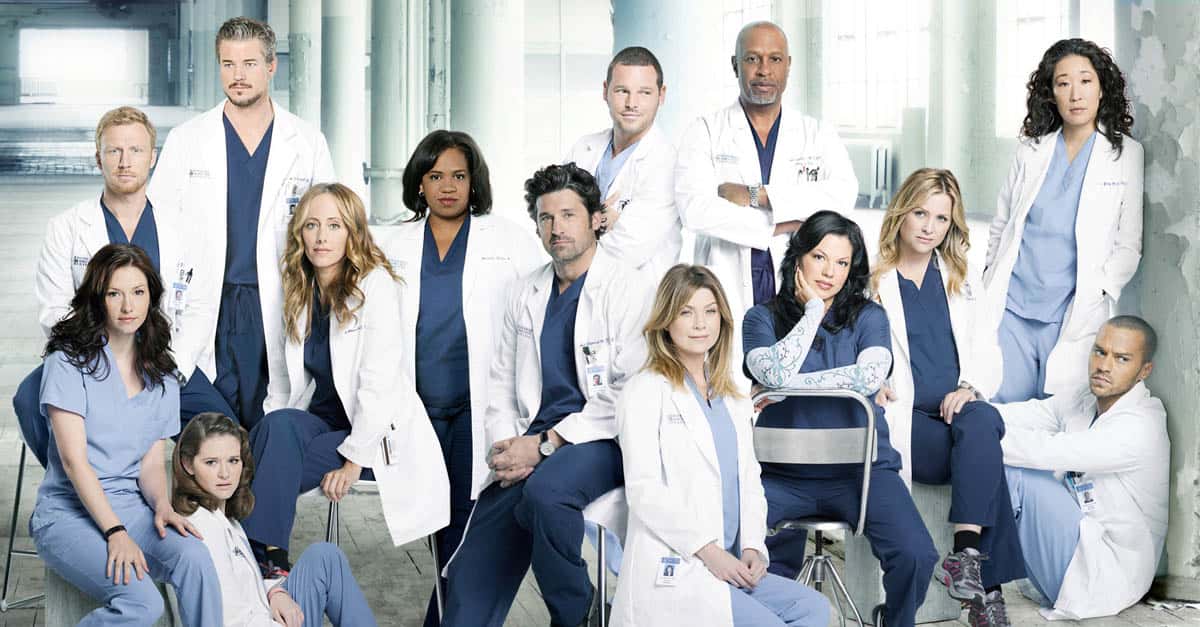