It’s time to put on your best scary face, sit back and enjoy these boo-tastic facts about one of Pixar’s greats, Monsters Inc.

30. What was in that sandwich?

Apparently the genius Pixar writers conceived the basic ideas for Monsters Inc., A Bug’s Life, Finding Nemo and Wall-E ALL during a lunch meeting in 1994. What were those people eating?

Bill Murray was initially offered the part of James Sullivan (Sully) and even tested for it. Alas, the producers were unable to get in touch with the actor after the test and the part was given to John Goodman.

This is the fourth film John Goodman and Steve Buscemi have done together but only the first movie the two have collaborated on that was not directed or produced by the Coen Brothers.

The animated feature had a special trailer made to show before Harry Potter and the Philosopher’s Stone, which involved Mike and Sulley playing charades with the answer being “Harry Potter”.

Boo was originally planned as a six-year-old, but was changed to a toddler to ensure she would follow Sulley around.

Frank Oz, best known for his work as a Muppet puppeteer and voice of Yoda, came up with the name for one of the leading characters in the film – Mike Wazowski.

Pete’s Barber Shop in Monsters Inc. is named after Pete Docter, the director of the film.

Because Sulley had so much hair and each strand had to be animated, it took about 12 hours to render a single frame with the character in it.

After 16 nominations, Randy Newman finally won an Academy Award for the Monsters Inc. song “If I Didn’t Have You”.

20. To infinity and beyond!

There are several allusions to Toy Story in Monsters Inc., like the toys scattered over Boo’s room and, when Randall is practicing camouflage, one of the images given to him is the wallpaper from Andy’s room.

We probably all fell in love with the name Boo, but the character’s real name is actually Mary. She is named after the actress who played her, Mary Gibbs.

The song Boo sings while in the washroom is completely made up. The filmmakers didn’t want to have any copyright issues, so they told Gibbs to just make up the song in gibberish and she did.

This was the last Pixar film to have a blooper reel in the end-credits.

Mary Gibbs, who played Boo, was very young during the making of the film and it was difficult to get to stand still in the recording studio. So, the crew followed her around with a microphone and recorded what she was saying, later piecing it all together for the movie.

The closing credits of Monsters Inc. state that no monsters were harmed in the making of the film.

14. Because people are easily distracted

Initially, the animators pondered the idea of giving Sulley tentacles. They decided against it because they didn’t want the audience to focus on the wiggly parts instead of the character’s face.

In the original draft of the script, Sulley was a janitor and Mike’s character did not exist at all.

In an unusual move for animated features, John Goodman and Billy Crystal recorded their lines together. Most of the time, actors record their lines alone.

The names on the scoreboard for the scaring contest actually belong to Pixar staff.

When Sulley says his goodbye to Boo and closes the closet door, she jumps out of the bed and by the time she reaches the door she is 7% taller – this was done by animators because Boo would be too short otherwise.

This was the first Pixar project to not be directed by John Lasseter.

7. I’ve made a HUGE mistake

The scene where Sulley thinks Boo is going to be crushed by a trash compactor is a direct reference to Chuck Jones’ short Feed the Kitty.

Bob Peterson, the film’s story supervisor, temporarily lended his vocals for Roz (the sluggish secretary) until they could find a replacement. His performance was so well received, that it made it in the final cut of the movie.

A news leak revealed that the teaser for Star Wars: Episode II would be played before Monsters Inc. in the movie theatres, so hundreds of fans bought tickets to the Pixar feature just to see the trailer – many leaving right after.

Sulley’s armchair in his apartment has a hole in the back for so he doesn’t crush his tail.

Boo speaks in absolute gibberish for the entire movie, but she can pronounce “Mike Wazowki” perfectly.

1. We know who would be perfect for the role

Monsters Inc. director Pete Docter revealed that the original idea involved an older man, who becomes haunted by monsters he drew as a child. Each monster would represent a different fear that the lead character has not dealt with as an adult. As he faces those fears and bonds with the monsters they disappear. The final film clearly deviated from that idea substantially. 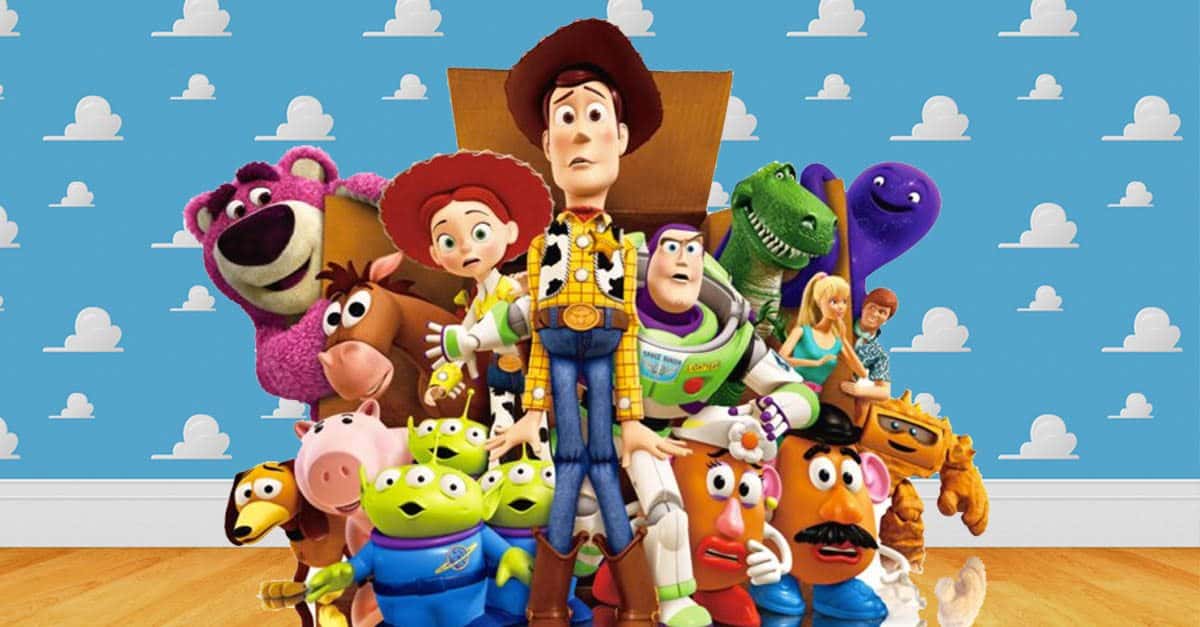