“If it bleeds, we can kill it”! —Arnold Schwarzenegger as Major Alan “Dutch” Schaefer in Predator (1987)

Do you really need an introduction to Action Movies? Well, do ya, punk?

Sigourney Weaver made Alien‘s Ripley into one of the iconic characters of the 80s, but the character was originally intended to be a male. This idea was scrapped in an effort to throw off the audience, as up until then the lone survivor of films was typically a male.

24. If The Leather Jacket Don’t Fit

O.J. Simpson was almost cast as the Terminator before Arnold Schwarzenegger won the career-making role. Many others were considered, including Mel Gibson and Michael Douglas. Executives believed the Terminator should be an average guy who can blend into any crowd.

When Simpson was being considered, James Cameron said he thought he was “too nice” to be taken seriously as a killer cyborg. It’s always the “nice guys,” isn’t it?

In the film Safe House, Denzel Washington had to undergo a torture scene, and was actually waterboarded for the filming of the scene. Though it was only for a few seconds per take, that’s some serious commitment, Denzel. And yes, I am on a first name basis with Denzel.

During the filming of The Grey, starring Liam Neeson, many scenes are shot in snow storms, which were the actual weather conditions of the film’s location in Smither, British Columbia. Temperatures got as low as -40 Celsius, and no CGI was used to enhance the conditions.

For the filming of the 2002 Spider-Man film, several of the hero’s costumes were produced at a cost of $100,000 each. It didn’t take much time for them to go missing, as four of them would be stolen from the set. Of course, these costumes were never returned, because…come on, if you had your hands on a legit Spider-Man suit, would you return it?

Darth Vader is a man who needs no introductions. So you’d be surprised to hear that in the original Star Wars, he only has 12 minutes of actual screen time. How’s that for making the most of your time.

In Terminator 2, Linda Hamilton portrays Sarah Connor. However, when the T1000 takes on the form of Connor near the ending of the film, is it Leslie Hamilton, Linda’s twin sister, who plays the character.

In The Dark Knight, when the Joker crashes Bruce Wayne’s party and Alfred is confronted with him for the first time, Alfred is portrayed as stunned and speechless. This wasn’t acting. Michael Caine actually had lines to recite during the sequence but completely forgot them due seeing Heath Ledger in character for the first time.

When Ang Lee took on the project of directing the 2003 version of the Hulk, he originally developed the Hulk as animatronic before changing his mind and going with CGI. While the graphics might not age well, it’s safe to say he made the right decision. Would you be able to take an animatronic Hulk seriously?

James Bond: The name rolls off your tongue and conjures an image of suave masculinity. However, while the hair on Sean Connery’s chest sure as hell was real, he wore a toupee in every one of his performances as Bond.

Casino Royale was the first Bond film to ever pass the censors in China and be played in theaters. Still, by the time the government got around to allowing the film to be shown, the legendary Chinese film pirates had circulated the film enough for most people to have seen it already.

The new Dredd film had some serious sound effects in it, but think about this next time you watch it: The slow motion sound effect that is synonymous with the movie is actually the Justin Bieber song “U Smile” slowed down 800 times.

Geoffrey Rush has been around long enough to know how to maximize his screen time.

Aware that western audiences typically scan screens from left to right, he requested that he be standing to the left in every scene of the Pirates of the Caribbean that he was with castmates who were nicer on the eyes.

In Tim Burton’s Batman, Michelle Pfeiffer had to be vacuum-sealed into her latex Catwoman costume. That doesn’t sound like too much fun. Needless to say, Pfeiffer could only wear the suit for limited amounts of time, and the film crew had to follow her around set to make sure she didn’t faint.

The famous sword sparks you see during the battle in Highlander were produced by wires running from each sword, down the arms of the actors, to a car battery. One wire was connected to the positive terminal, the other to the negative, which in turn created the arc from the clashing swords.

When Indiana Jones finally makes it into the Ark’s Chamber in Raiders of the Lost Ark, you can spot both R2D2 and C3PO in the Hieroglyphics.

The wookie suits in Star Wars are made out of yak hair and mohair. Luxurious!

Right on par with the typical snark that he oozes, Tony Stark’s computer J.A.R.V.I.S is an acronym for “Just A Rather Very Intelligent System”.

In the scene where Will Smith is dragging an unconscious alien across the desert in Independence Day, his famous line “And what the hell is that smell”? was unscripted.

He was actually complaining about the smell of rotting shrimp coming from the Great Salt Lake of Utah that they were shooting near.

Die Hard has come to be known as Bruce Willis’ defining role, and it changed the face of action films. However, the role of John McClane was actually first offered to a 73-year-old Frank Sinatra due to severely complicated contractual obligations.

While it is hard to imagine, it can be fun to picture old blue eyes taking down Hans Gruber.

Speaking of Hans, the screenwriter of Die Hard actually wrote the script with Hans as the protagonist in mind. If you take a step back, Hans is actually the character driving the action, and John McClane is the one attempting to ruin his plans, making him the antagonist.

3. How To Drive Fast And Furious

Many young actors often focus so much of their time on their craft that they fail to get a driver’s license. When The Fast and the Furious began production, Michelle Rodriguez and Jordana Brewster did not even have a driver’s permit, let alone a license. Good thing they didn’t care and took the roles, as it seems to have worked out pretty well for them.

Even though action films are, ya know, full of action, the devil is still in the details.

In X-Men, although Professor X and Magneto give the impression of sophistication, the actors Patrick Stewart and Ian Mckellen had never actually played a game of chess in their lives.

Heath Ledger kept a diary of his journey into the dark, twisted mind of The Joker.

Just months before Ledger was found dead, he wrote a chilling note on the last page of the diary, where he scrawled the words “Bye Bye” after wrapping The Dark Knight. 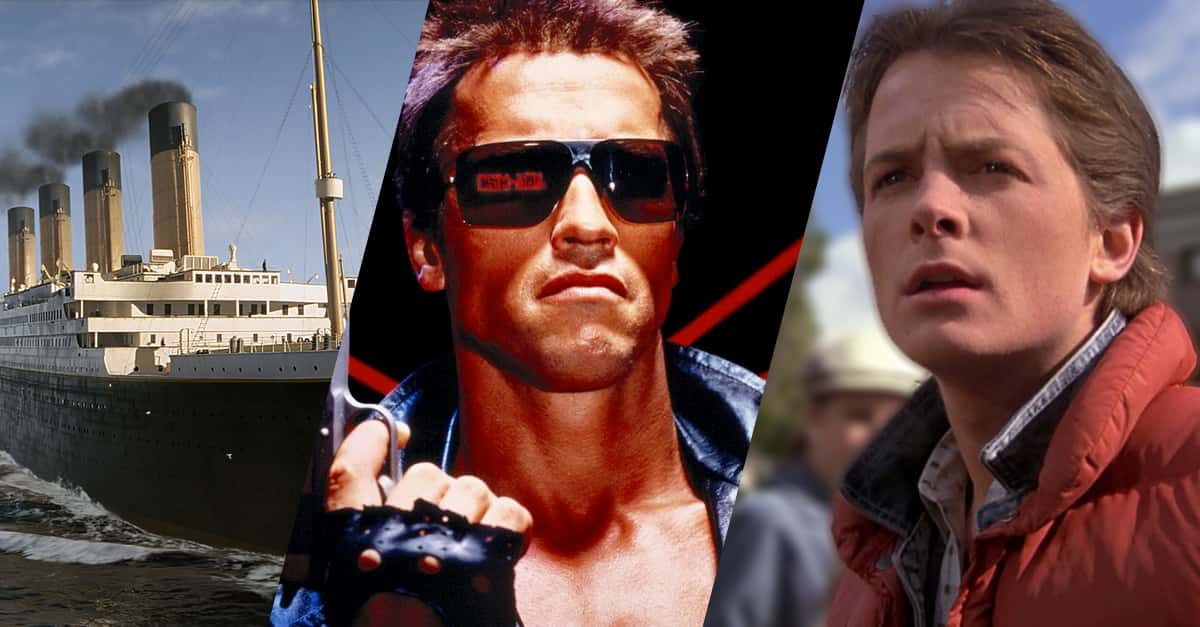